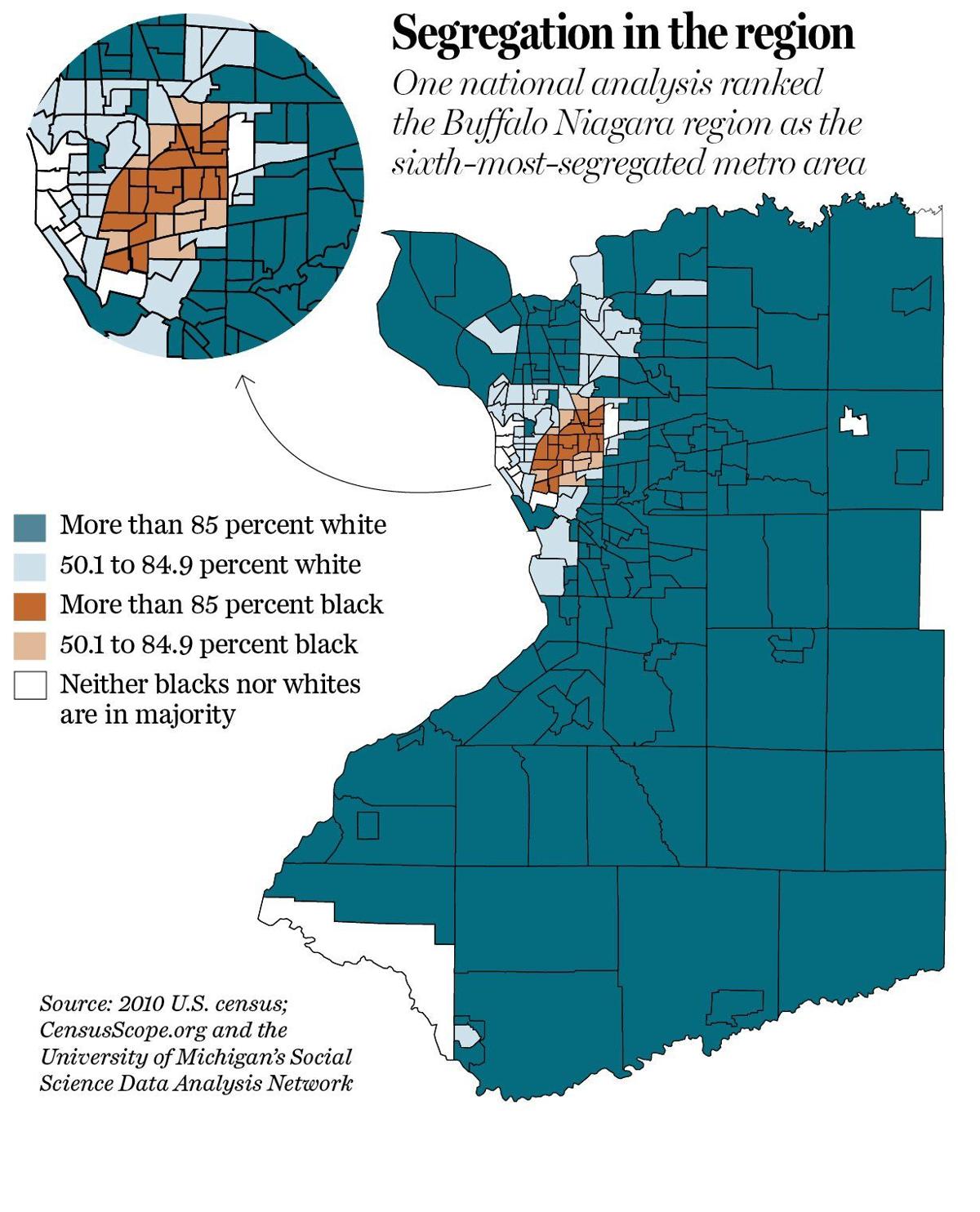 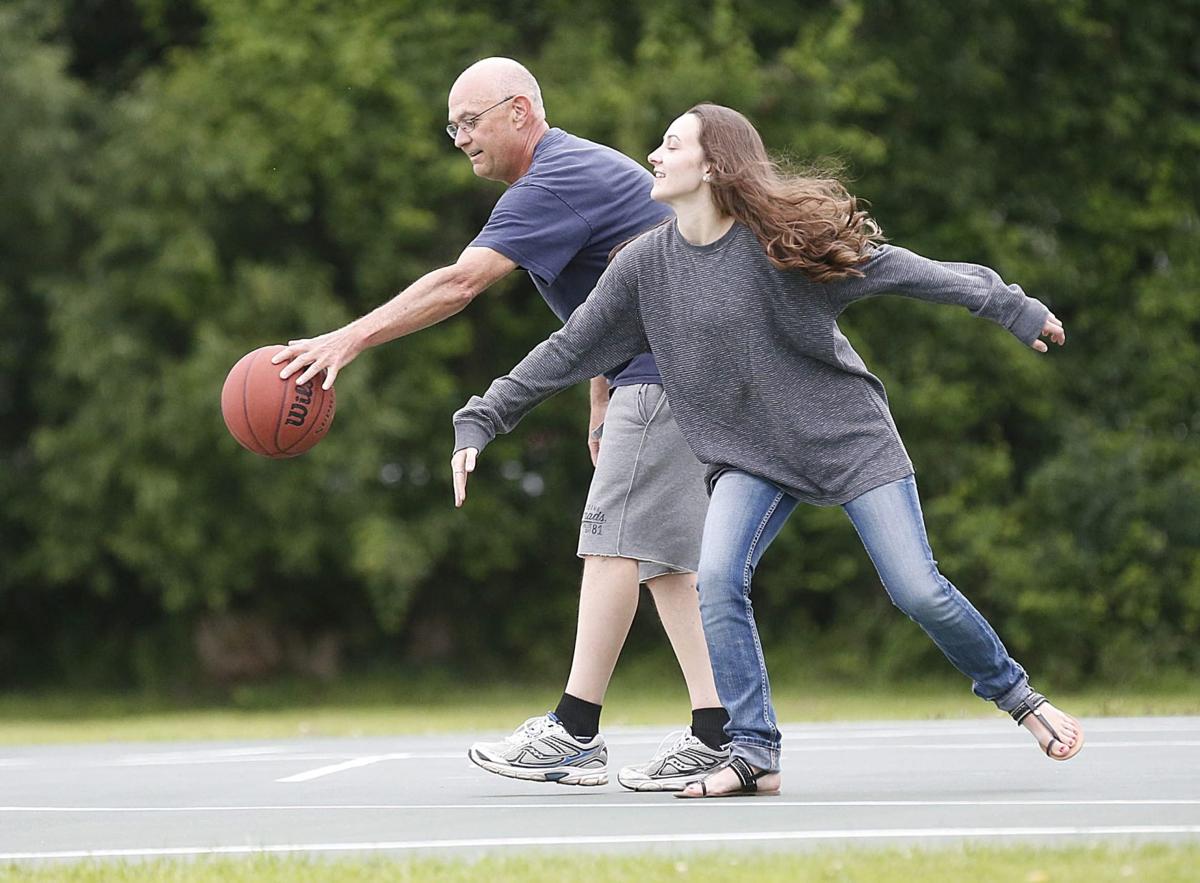 In Buffalo, enjoying time together are young people – from left, Shakuan Gladden, 17; Rayven Geffrey, 8; Ian Andrews, 14; and Shakyrah Fulgham, 9 – on North Parade Avenue, while in West Seneca, John Backus and daughter Madison are on a basketball court at Town Hall. 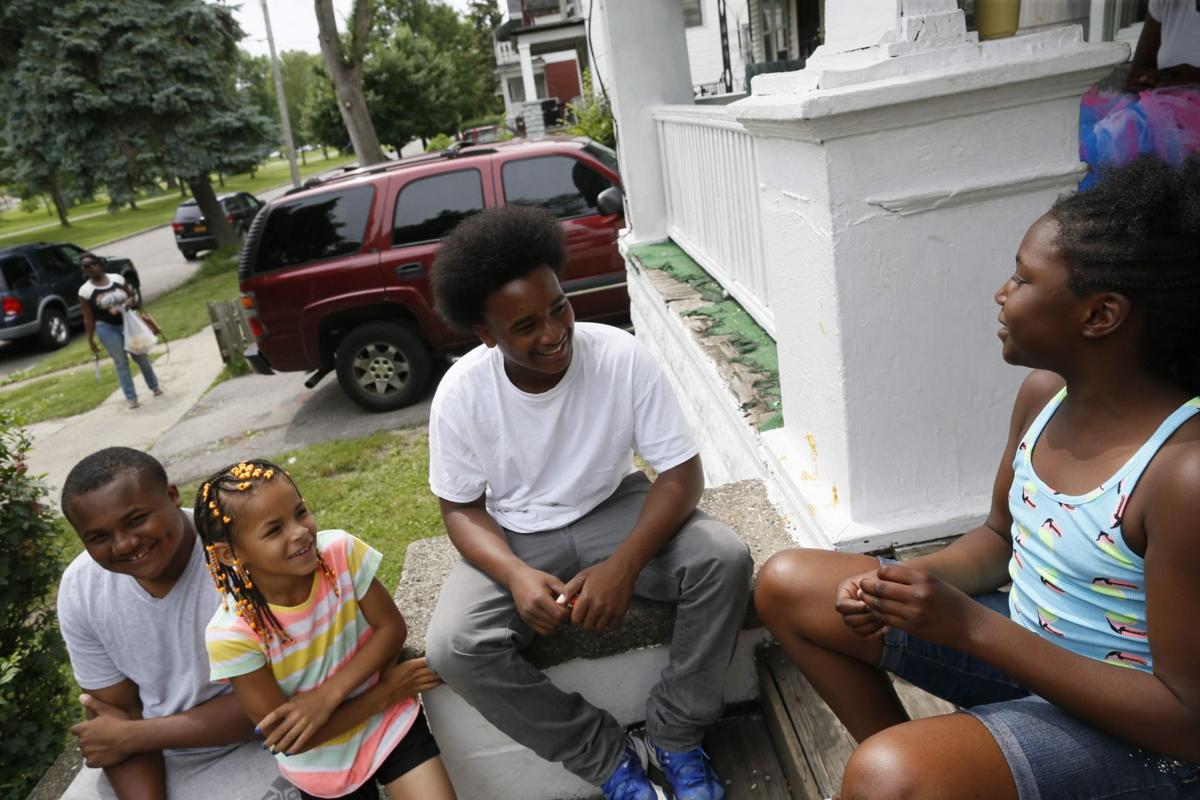 WASHINGTON – The Obama administration Wednesday embarked on the federal government’s most proactive effort ever to reduce housing segregation in places such as Buffalo, the nation’s sixth-most segregated metro area. ¶ But the new federal desegregation rule – which will require communities to consider patterns of segregation and ways to reduce it in their zoning and planning decisions – faces as many obstacles as a poor black family looking for affordable housing in one of America’s wealthiest suburbs. ¶ Congressional Republicans are refusing to fund the effort. ¶ Fair housing advocates, while praising the plan, say that much more needs to be done on the local level to stop the ongoing resegregation of neighborhoods into black and white.

And some critics say that the plan lacks the money to expand the market of affordable housing and the mechanism to force that housing into wealthier communities that may not want it.

So despite the plan’s laudable goals, “it’s not an easy road ahead,” said Scott W. Gehl, executive director of Housing Opportunities Made Equal, or HOME, which has been fighting segregation in Buffalo for 52 years.

The Obama administration’s action comes 47 years after Congress banned housing discrimination in the 1968 Fair Housing Act, and it attempts to fulfill part of that law’s promise that had long been neglected: a mandate to not just end housing bias, but also to promote integration in America’s neighborhoods.

Absent a strong strategy to do that, many metro areas have continued to sort themselves into black, white and Latino neighborhoods – and Buffalo has done that more than most.

Based on the 2010 census, CensusScope.org and the University of Michigan’s Social Science Data Analysis Network ranked Buffalo as the nation’s sixth-most-segregated metro area.

The study found an even greater divide, though, in Cleveland, Detroit, Chicago, New York and Milwaukee, which the study called the nation’s most segregated metro area.

According to Housing and Urban Development Secretary Julian Castro, it’s about time the federal government tried to do something about those local segregation patterns.

“The fact is that the federal efforts have often fallen short over the years,” Castro said in a conference call with reporters. “But that changes today with this rule.”

Under the new rule, HUD will provide communities with in-depth local data on patterns of integration and segregation both in terms of race and poverty, as well as housing needs.

Communities then will have to set goals based on that data and make planning decisions accordingly.

“We’re approaching this in a very collaborative spirit, and I’m confident that the overwhelming majority of communities big and small will engage in the assessment of fair housing with this new tool and implement policies that enhance opportunities for people of modest means,” Castro said. “So I would say that enforcement is always a last resort. It’s there, it’s possible, but our preference is to work steadfastly and genuinely with communities to design their own plans and implement those plans.”

In Erie County, County Executive Mark C. Poloncarz hopes to be involved in doing just that. “Certainly it’s an issue that the county needs to play a role in,” Poloncarz said, noting that segregation patterns extend beyond the Buffalo city limits.

Acknowledging that previous efforts to combat segregation had fallen short, Poloncarz said HUD needed “to change the dynamic” and encourage communities to integrate.

Not everyone agrees with Poloncarz on that point. In fact, House Republicans last month passed a bill blocking funding for the new HUD desegregation rule, as conservative critics lashed out at the administration’s effort as improper federal meddling in local issues.

“Once again, the Obama administration thinks it knows best for local communities, and is attempting to usurp the most basic zoning authority in a misguided attempt to create equal outcomes rather than equal opportunities,” said Rick Manning, president of Americans for Limited Government, a conservative group that’s among the desegregation rule’s fiercest critics. “Let me make this clear. Local zoning decisions should be left to local government where the people most affected make the decisions, and not by some pointy-headed bureaucrat looking at a census map from Washington, D.C.”

Despite such criticism from the right, most fair-housing advocates lauded the federal effort – while acknowledging it will only go as far as local governments carry it.

“This is a gigantic step in the right direction,” said Sheila Crowley, president of the National Low Income Housing Coalition. “The issuance of HUD’s final rule today puts local and state policymakers on notice that fair housing is an obligation, not a choice.”

Then again, people have the right to decide where they want to live, and some experts say that fact is one of the reasons that housing segregation has been such an intractable problem. Many white parents, for example, have fled Buffalo neighborhoods in pursuit of better suburban schools for their children, and there’s nothing government can do to stop that.

“One thing I learned by serving on the School Board is that you can’t legislate behavior,” said Marlies A. Wesolowski, executive director of the Lt. Col. Matt Urban Human Services Center and a former president of the Buffalo Board of Education. “You can try, but it’s not always achievable.”

But Gehl, of HOME, said he hopes the federal effort will push Buffalo toward “inclusionary zoning,” in which a small number of affordable housing units are included in each new housing development.

Brown’s spokesman, Michael J. DeGeorge, did not reply to an email or a phone message seeking an interview with the mayor for this article. Similarly, Common Council President Darius G. Pridgen did not respond to an email seeking comment on the new HUD effort.

Most poor African-Americans live in cheap rental housing in neighborhoods such as Buffalo’s East Side because that’s all they can afford, Taylor said.

To combat that, the federal government should offer more subsidized housing vouchers and encourage housing development, both public and otherwise, in all sorts of neighborhoods, Taylor said. In addition, he said, HUD could have pushed localities to establish minimum standards for the quality of rental housing and encouraged a response to the gentrification that’s pushing the poor out of some city neighborhoods.

“All of the ideas that could have had a meaningful impact were ignored,” said Taylor, who predicted that the federal effort “will have no impact whatsoever on housing segregation.”

Some were modestly encouraged by the Obama administration plan.

“I think it’s a big step in the right direction,” Gehl said. “Yes, there could be more. But this is a positive step.”

Sam Magavern, co-director of the Partnership for the Public Good, agreed. “It’s better than nothing,” said Magavern, whose group counts diversity as one of Buffalo’s strengths as the city revitalizes. “Could it have been more aggressive? Yes, absolutely.”

In Buffalo, enjoying time together are young people – from left, Shakuan Gladden, 17; Rayven Geffrey, 8; Ian Andrews, 14; and Shakyrah Fulgham, 9 – on North Parade Avenue, while in West Seneca, John Backus and daughter Madison are on a basketball court at Town Hall.