CDC issues new eviction ban for most of US through Oct. 3

Suspended Tonawanda police officer back on payroll; will receive $220,000 in back pay
0 comments
Share this
Support this work for $1 a month

A Town of Tonawanda police officer who admitted lying about his role in a 2019 crash returned to the town payroll last week and soon will receive roughly $220,000 in back pay, town officials said.

Officer Howard M. Scholl III, who was suspended without pay for nearly 2½ years, now is on paid leave as the town continues trying to fire him and he awaits prosecution on criminal charges over the incident.

The state Appellate Division's Fourth Department in May ruled the town owed Scholl back pay and benefits and must begin paying him again. The town opted not to appeal the ruling.

"I hate to do it, but the court said we've got to do it," Supervisor Joseph Emminger said Wednesday.

The appellate court also ruled the town could move forward with disciplinary proceedings against Scholl, with the Town Board meting out the punishment. Any final decision on discipline for Scholl could be months away because the Town of Tonawanda Police Club is seeking to appeal that ruling.

On Jan. 19, 2019, Scholl and his wife, Aimee, were driving home from a restaurant when their SUV slid through a stop sign and struck a vehicle on Englewood Avenue that had the right of way, authorities said.

Town police cited icy and snowy conditions and did not ticket anyone for the crash. The two people in the other vehicle, an Uber driver and her fare, were taken to a hospital for treatment of minor injuries.

The Scholls told police that Aimee Scholl was behind the wheel at the time of the crash, and the initial police report included their claim. Howard Scholl later told the same lie when the police chief questioned him.

He later changed his story and police produced a corrected accident report.

"I admitted to driving and apologized for lying and putting them in the situation," Scholl said in a signed Jan. 31, 2019, statement included in the court record, referring to the officers who responded to the incident.

Several officers were briefly suspended without pay for not properly investigating the crash. Scholl was placed on unpaid suspension several weeks after the crash and the town began trying to fire him.

Those proceedings have dragged on because of the pandemic-driven shutdown of courthouses in the state and because the town police union has challenged the Town Board's right to discipline Scholl. A State Supreme Court judge two years ago ruled in favor of the union and Scholl,  but the town appealed to the Appellate Division.

Under the May court ruling, the town may conduct disciplinary proceedings under town law that allows the Town Board to appoint a hearing officer, instead of deferring to an arbitrator or following civil service law as outlined in the police union contract. The union's attorney, Paul Weiss, is waiting to learn whether the state Court of Appeals will hear an appeal of this portion of the ruling.

The town, for its part, opted to abide by the Appellate Division decision on back pay and reinstatement instead of paying further legal costs in pursuing an appeal, Emminger said.

The town owed Scholl $214,000 as of mid-June, and the total has gone up since then, said Emminger, adding the town will make a payment to Scholl in the coming weeks.

Scholl was returned to the town payroll for the pay period beginning July 15, though he remains suspended, Police Capt. Joseph Milosich said. In his last full year as an officer, 2018, Scholl earned $96,656, according to payroll records from SeeThroughNY.

In June 2020, Howard Scholl was arraigned on a felony charge of falsifying business records and a misdemeanor count of insurance fraud, while Aimee Scholl was charged with a felony count of falsifying business records. Prosecutors at that time said Howard Scholl lied about who was behind the wheel to cover up the fact he was driving under the influence.

Howard Scholl reported having two drinks on the night in question. His criminal defense attorney, Barry Covert, said following the arraignment he saw no evidence his client was impaired by alcohol. The Scholls have pleaded not guilty. Howard Scholl wants to return to his job as a police officer, Covert said previously.

The criminal cases, also delayed by Covid-19, are proceeding in Erie County Court, and the Scholls are set to return for a pretrial hearing in September.

The documents, released by town police in response to a public-records request, for the first time identify the officers who handled the accident investigation and detail the discipline they received from the department for their actions that night and in the days afterward.

DA: Tonawanda officer lied about crash because he was driving under the influence

Officer Howard M. Scholl III was arraigned Thursday in Erie County Court following his indictment on a felony charge of falsifying business records and a misdemeanor charge of insurance fraud.

Town of Tonawanda Police Chief Jerome C. Uschold III has informed the town that he intends to retire from his post. Tonawanda Supervisor Joseph Emminger confirmed the development Monday

A judge found the Town of Tonawanda improperly handled a case against a police officer. But the town will seek to overturn the judge’s

“Obviously, the Town Board is not totally satisfied with the job performance over the past six months of the chief. That’s why we took the action,” Supervisor Joseph Emminger told The

A suspended Town of Tonawanda police officer pleaded not guilty on Thursday to charges of falsifying business records and insurance fraud stemming from a January motor vehicle crash. Erie County District Attorney John J. Flynn said Howard M. Scholl III, 36, falsely claimed his wife was at the wheel of a SUV that struck an Uber vehicle late on

Town of Tonawanda steps up efforts to fire police officer

The Town of Tonawanda has taken the next step in its efforts to fire a police officer accused of falsely claiming he wasn’t the driver in a January motor-vehicle accident. The Town Board on Monday voted to hire a hearing officer who will listen to arguments from the town and from Officer Howard Scholl III, who is trying to 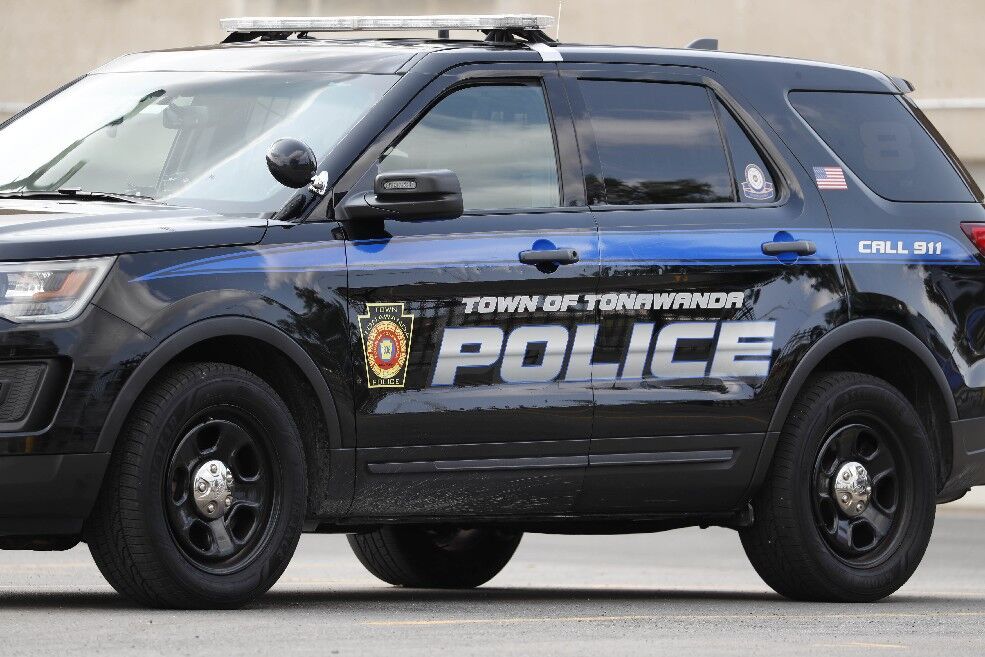 The Town of Tonawanda Police Department has reinstated Officer Howard M. Scholl III, following 2½ years unpaid leave, though he remains suspended. The town, which soon will pay him $220,000 in back pay, still is trying to fire Scholl after he lied about who was behind the wheel in a 2019 crash. 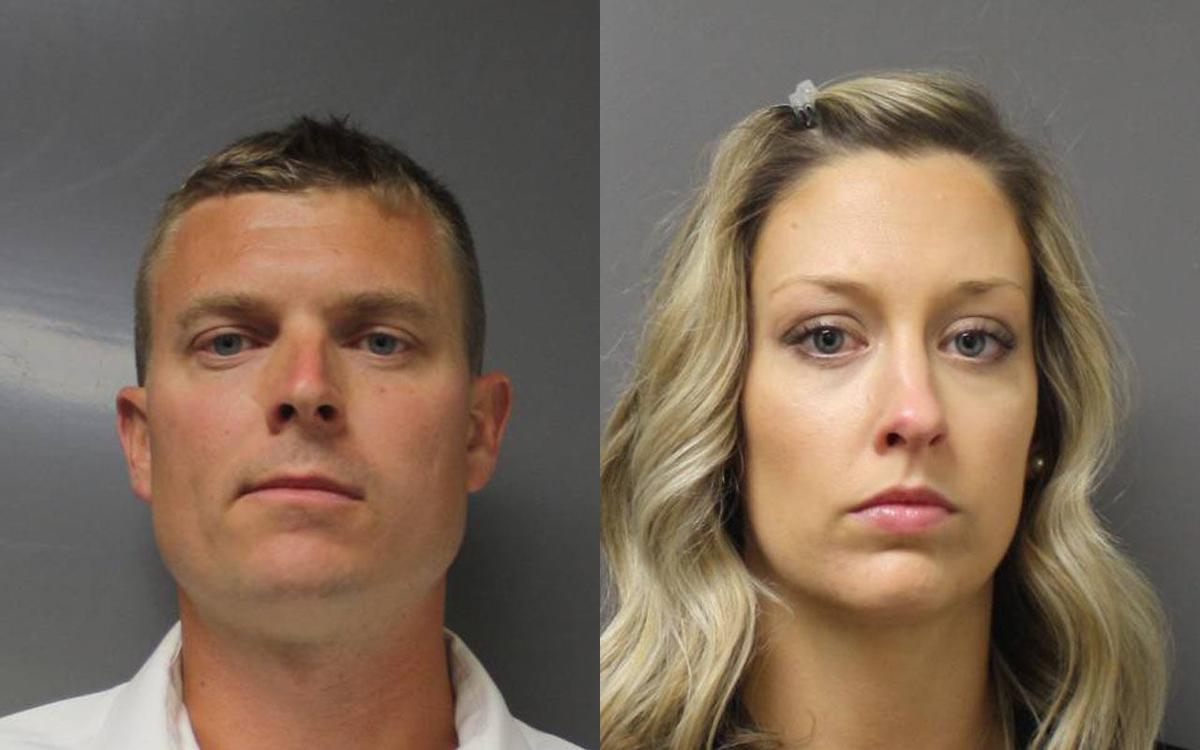