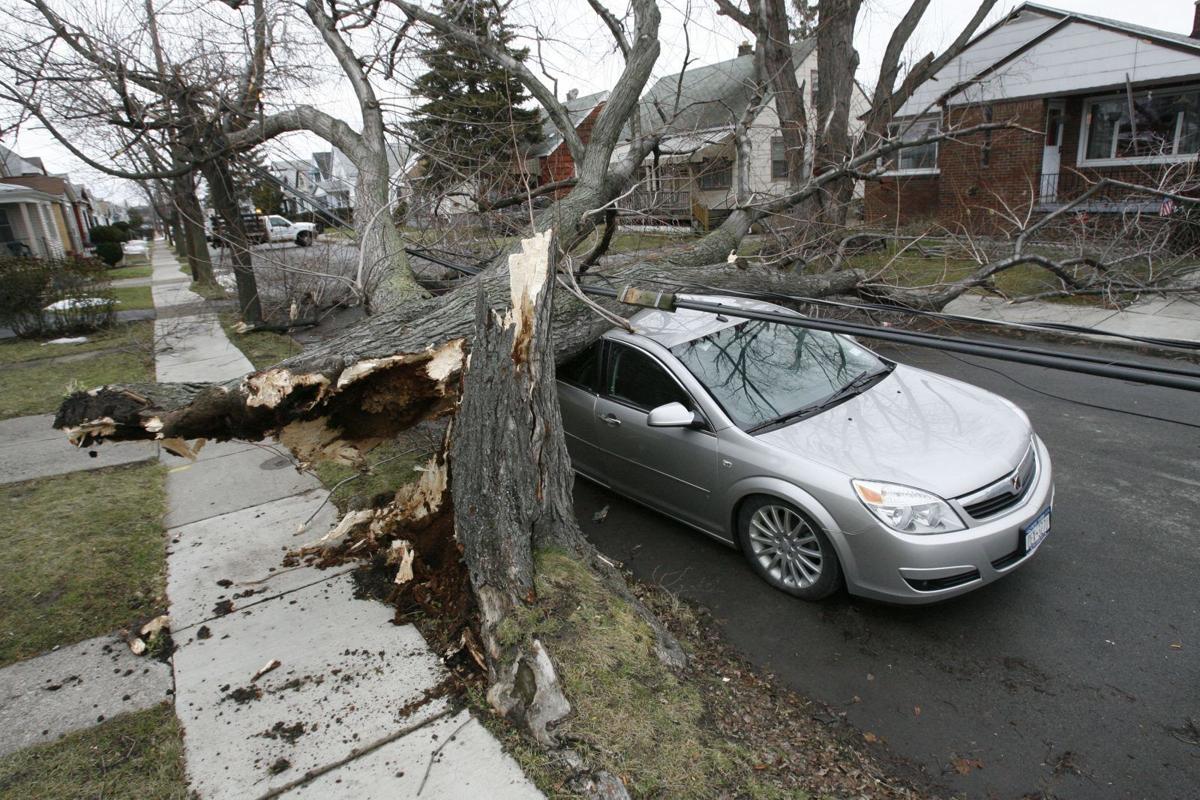 A large tree brought down by heavy wind rests on top of a car parked on Hazelwood Avenue on Dec. 28, 2008. High winds forecast for Sunday are expected to bring down numerous trees and power lines in the region. (Derek Gee/News file photo) 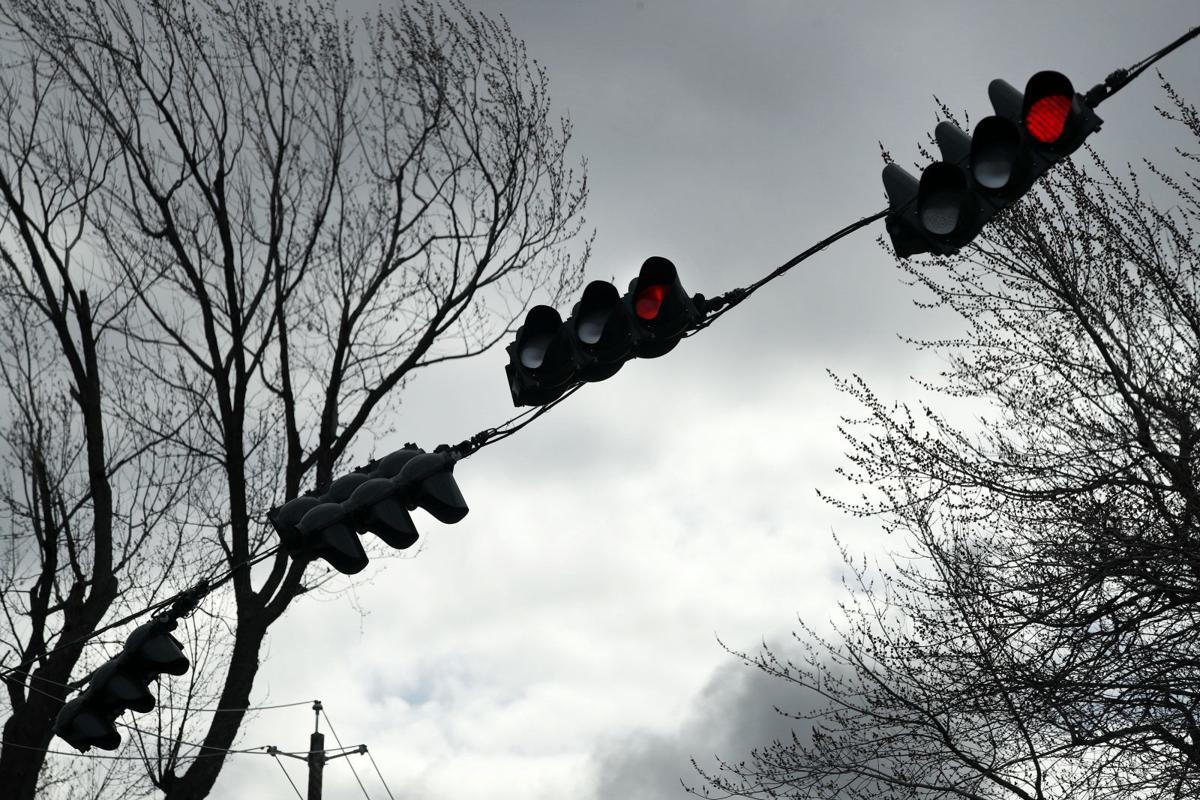 The last time it did was Dec. 28, 2008. The National Weather Service expects it to happen again Sunday afternoon.

A high wind warning is posted for Erie County along with Niagara, Orleans, Genesee and Wyoming counties from 7 a.m. Sunday to 10 a.m. Monday.

The impacts could be significant, forecasters said.

"Strong wind gusts will bring down numerous trees and power lines and result in widespread power outages," the weather service said. "Power may be out for several days in some areas."

Forecasters said shallow rooted pine trees are expected to be among the most vulnerable.

On the roadways, forecasters said traveling in high-profile vehicles could be especially difficult and empty tractor-trailers could be in danger of being blown off the road by the strength of the wind. Empty tractor-trailers are banned from the New York State Thruway and other highways in the region starting at 10 a.m. Sunday.

"Property damage is also possible, especially to roofs and siding," the weather service said. "Buildings under construction and old deteriorating buildings may be damaged significantly."

The winds are expected to be generated by a rapidly deepening storm system that will pass through the Great Lakes over the weekend.

A strong southerly flow will be drawn northward into Western New York, causing temperatures to surge into the mid to upper 50s by dawn Sunday before a strong cold front crosses the region. Behind it, temperatures will plummet from the mid 50s to the mid 30s Sunday and, more importantly, winds will turn southwesterly and strengthen.

The strong southwesterly winds are expected to be the most intense along the Lake Erie shoreline and northeast of the lake as momentum is mixed down to the surface and they're funneled along the axis of the lake with little friction to slow them down.

Sustained winds are expected over 40 mph with gusts as high as 75 mph, forecasters projected. The strongest winds, with peak gusts of 60 to 75 mph, are expected to arrive between 1 and 2 p.m. and last through 5 to 6 p.m. Sunday.

The strong winds are also expected to generate a significant seiche resulting in rising water and ice movement on eastern Lake Erie.

A lakeshore flood watch is posted for the Lake Erie shoreline in Erie and Chautauqua counties and for the upper Niagara River on Sunday through early Monday.

It would also be the fourth highest wind gust recorded at the Buffalo Niagara International Airport in more than a half-century, according to weather service data.

Amazon appears to have votes to block union effort

Amazon appears to have votes to block union effort

Stacey Abrams on voting rights, her next move

Stacey Abrams on voting rights, her next move

The final pieces of the budget, which was due by March 31, are still under negotiation, but officials are banking on legalization of mobile sports betting to be in it to help finance massive spending hike desires.

Judge: ECMC must honor Benderson lease, despite objections to doughnuts and rent

Last year, ECMC sent a notice to Benderson telling it to “quit and surrender" the leased space by Dec. 16, prompting Benderson to seek a court injunction.

A large tree brought down by heavy wind rests on top of a car parked on Hazelwood Avenue on Dec. 28, 2008. High winds forecast for Sunday are expected to bring down numerous trees and power lines in the region. (Derek Gee/News file photo) 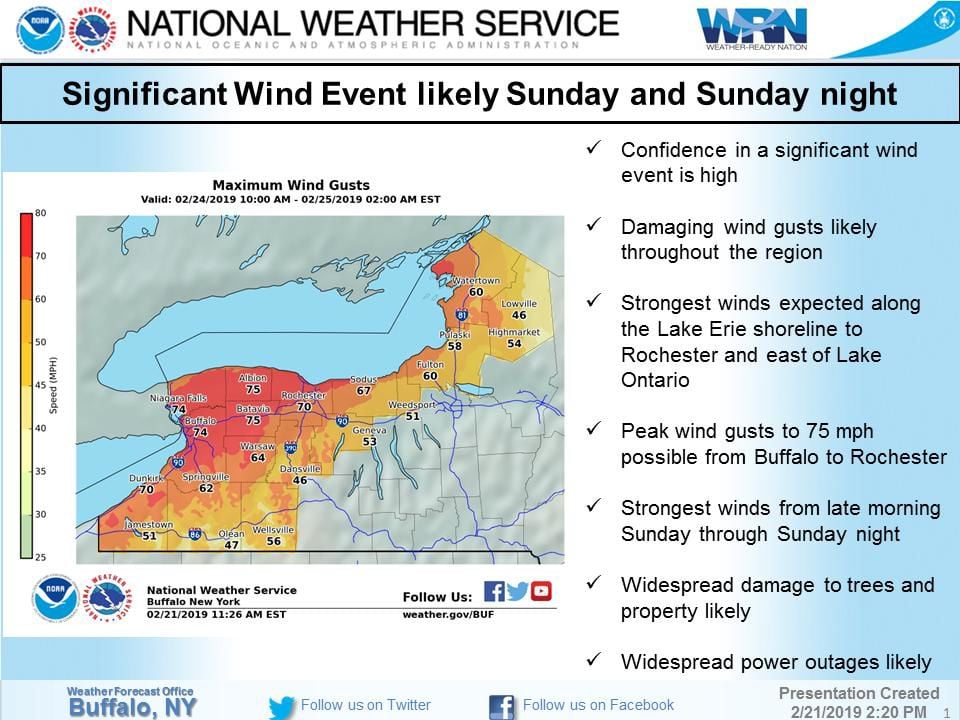 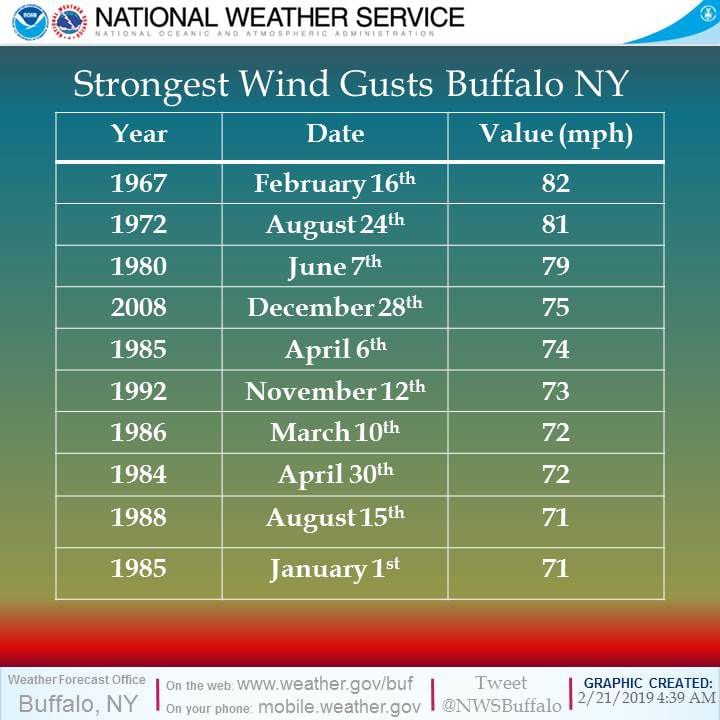