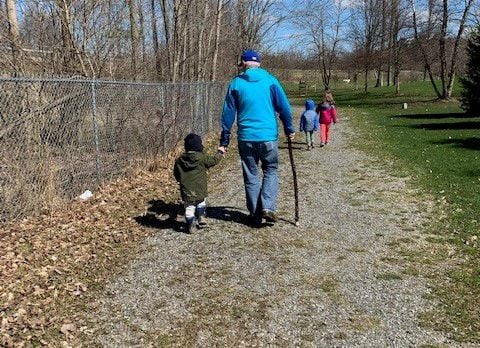 Bill McCarthy of Orchard Park said a walk with his grandchildren was the highlight of his week. (Photo courtesy of Bill McCarthy.) 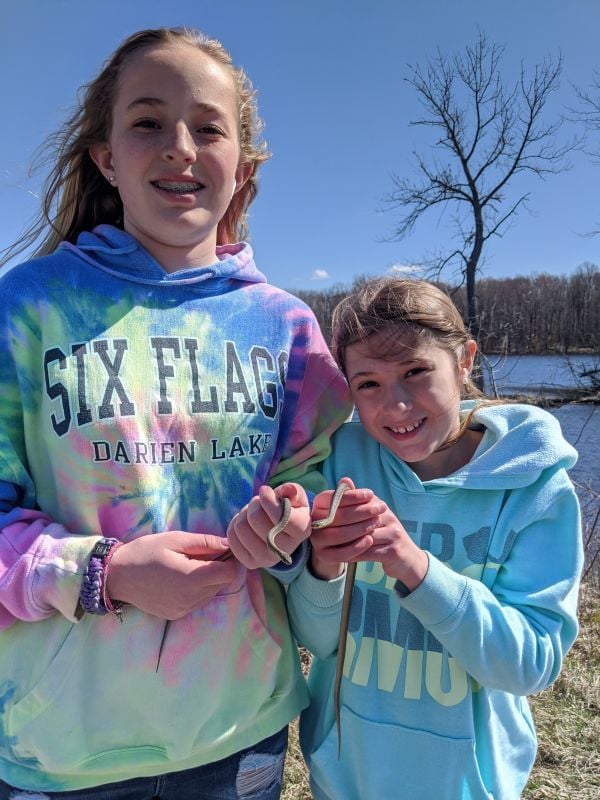 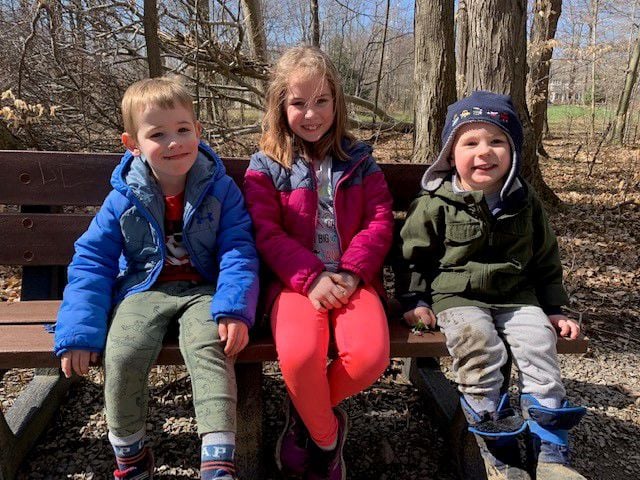 Emma and Colin Craig (8, 4) and Hudson McCarthy (3), who enjoyed a walk with their grandfather, Bill McCarthy on Thursday, April 2, 2020. (Photo courtesy of Bill McCarthy)

What's one thing that made you smile this week?

We asked our readers and they shared the following photos and stories of evading Covid-19 scares, discovering wildlife, movie recommendations, surprise virtual concerts and more.

What's one thing that brought you joy, helping you get through the past week?

If you'd like to share your responses, email words and photos to qliu@buffnews.com. Be sure to include your first and last name and hometown. We may share some of your responses online on BuffaloNews.com.

Sitting out on my back porch on warmer days and also watching two baby eaglets hatch.

Every movie or series I can watch about cooking and France! "Julie & Julia," "The Hundred-Foot Journey," etc. Be well.

Seeing my girls this excited about finding snakes at the nature trail made me smile this week and I hate snakes!

That my favorite band announced a surprise release of a new album and hosted a live stream listening party to share it with all of their fans. We were all able to take an hour out of the week to share in something we love and escape the current situation for a little while. Knowing that we were all experiencing that music for the first time together made me feel closer to a community than I have for weeks.

A simple walk and hike with my three grandkids on a cool but sunny day on Thursday brought a joy. Not just for them but for me and my daughter too. We all agreed it was the highlight of our day. After they’ve been confined indoors all week, in some cases doing school work, this was a wonderful fun activity. Anyone spotting dinosaur tracks or wildlife got rewarded with a “dino-oreo “ cookie.

My husband woke up on Tuesday morning with 101.4 degree fever. I ran out of our room, donned a mask and gloves, threw him a mask and forbade him from leaving our room. He kept insisting it wasn't Covid. He had his second shingles vaccine the day before and he had run a fever with the first, but I was taking no chances! By 2 p.m., he was texting me that he felt 100% and that it was all ridiculous. At nightfall his fever had not returned, but I told him he had to be fever free for 24 hours. It was the longest 24 hours of both of our lives. I had sanitized absolutely everything in the house and he was stuck in a room and a bath bored to death. But by the time the 24 hours had passed and he was fever free, we had both learned an important lesson. You cannot be careful enough and every day as a free person is a gift! We felt such gratitude and joy, words cannot begin to describe it.

- Maureen and Michael Pratt of Williamsville

Hugs from my husband, David.

Qina Liu is a Western New York native who joined The Buffalo News as the digital engagement editor in 2015. She graduated from Ithaca College with a bachelor's degree in journalism.

Bill McCarthy of Orchard Park said a walk with his grandchildren was the highlight of his week. (Photo courtesy of Bill McCarthy.)

Emma and Colin Craig (8, 4) and Hudson McCarthy (3), who enjoyed a walk with their grandfather, Bill McCarthy on Thursday, April 2, 2020. (Photo courtesy of Bill McCarthy)