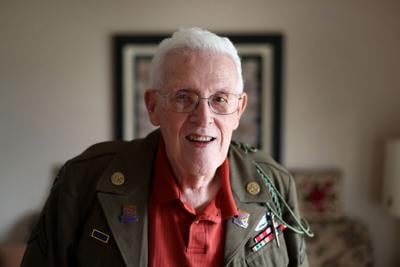 Over the next two months, The Buffalo News will tell the stories of some of Western New York’s veterans who served in the armed services in World War II and beyond.

Know of a veteran's story we should tell? Let us know by calling 849-4444, emailing citydesk@buffnews.com or submitting a name at buffalonews.com/news-tip/.

The Army regiment Jim Maier served with during World War II, the 314th Infantry, boasted a couple of thousand soldiers at the height of the war.

Today, said Maier, who was one of its youngest members and regularly attended the regiment's annual reunions, he thinks he's one of just a handful of survivors left.

But when the 94-year-old Town of Tonawanda resident thinks back to his wartime service, he most often remembers "the guys that didn't come back."

He recalled the signature boom of the Germans' 88-mm field artillery, a sound that would send soldiers scrambling for cover. One day, weeks before the end of the fighting in Europe, a fellow soldier, a married man in his 30s, died when a shell landed directly in his lap, Maier recalled.

"I think he was the last guy killed in our outfit," Maier said during a recent interview. "Those are the guys I feel sorry for."

Maier was just 17 when he enlisted in the Army through a specialized training program that sent him to study at the University of Wisconsin at Madison. He had grown up in Racine, Wis., the only child of a machinist father and homemaker mother.

"I'm a lone star," Maier said. He attended a high school named after the original patent holder for malted milk and, in recent years, has provided $3,000 in annual scholarships to its graduates.

As a child, he built model airplanes using the wood from the boxes that held 2-pound blocks of Kraft cheese, a hobby that sparked an interest in flying.

He moved up his graduation from high school and, by February 1944, was on campus at Madison, where the members of his training program included future Playboy founder Hugh Hefner.

The group was supposed to spend four years there, but when D-Day came the Army ended the program in order to get more soldiers into the war as soon as possible.

Maier went to basic training at what was then Camp Hood, in Texas, and by fall 1944 was on a troop ship heading to Scotland. He then joined the 314th, part of the 79th Infantry Division, in the Alsace region of France, where they replaced other units depleted by combat.

The 79th faced fierce resistance in eastern France and while crossing the Reine River into western Germany. "We pushed the Germans out of there," he said.

He made it through the fighting, including marking his 18th birthday, without being wounded. But the exposure to combat, and to his fellow soldiers from across the country, was eye-opening to a teenager.

"You grow up fast," said Maier, noting he learned how to swear in Spanish.

By V-E Day, which marked Germany's surrender, Maier's unit was in Dortmund, Germany, guarding a brewery.

"To keep people away from what was left of the beer," he said with a laugh. "The only people that got any beer was our company."

His regiment was preparing to join the fighting in the Pacific theater when word came of Japan's surrender.

The devastation wrought by the war was apparent, Maier added. "We went through Nuremberg," he said. "Nuremberg was rubble."

"As far as I'm concerned, I didn't do anything," Maier said. "I think they just had a bunch of Bronze Stars they had to give out."

He came home in June 1946, returning to Madison to earn an engineering degree.

When Bell Aerosystems recruited him to join the company's plant near Niagara Falls, Maier remembered thinking, "Oh boy, I'm back on airplanes again."

Maier met his future wife, Lucille, in January 1951 in Bell's employment office. Maier had his hat on the chair next to him in the crowded waiting area when she approached and asked if that seat was taken. Lucille Maier died in 1999.

Maier was a development engineer at Bell and head of its accelerometer group. Some of the components his team worked on were incorporated into NASA's lunar module.

He left Bell in 1972 and joined Teledyne Taber in North Tonawanda, working as a chief engineer on aviation instrumentation, before retiring in 1980.

The 95-year-old retired truck driver from Blasdell was presented with the long-delayed decoration by French Consul General Jeremie Robert on Nov. 18 in Eden Memorial VFW Post 8255.

Relatives of a deceased World War II veteran who was a prisoner of war were presented with his Purple Heart Medal and Purple Heart Certificate Saturday, ending a months-long effort to put those honors in the hands of the man’s family. Rep. Brian Higgins, D-Buffalo, had been notified earlier this year by the U.S. Postal Service that the 1944

If you want to know what it was like to be in the room when World War II formally ended in Europe, East Aurora native Luciano “Louis” C. Graziano will be in town later this month to share what 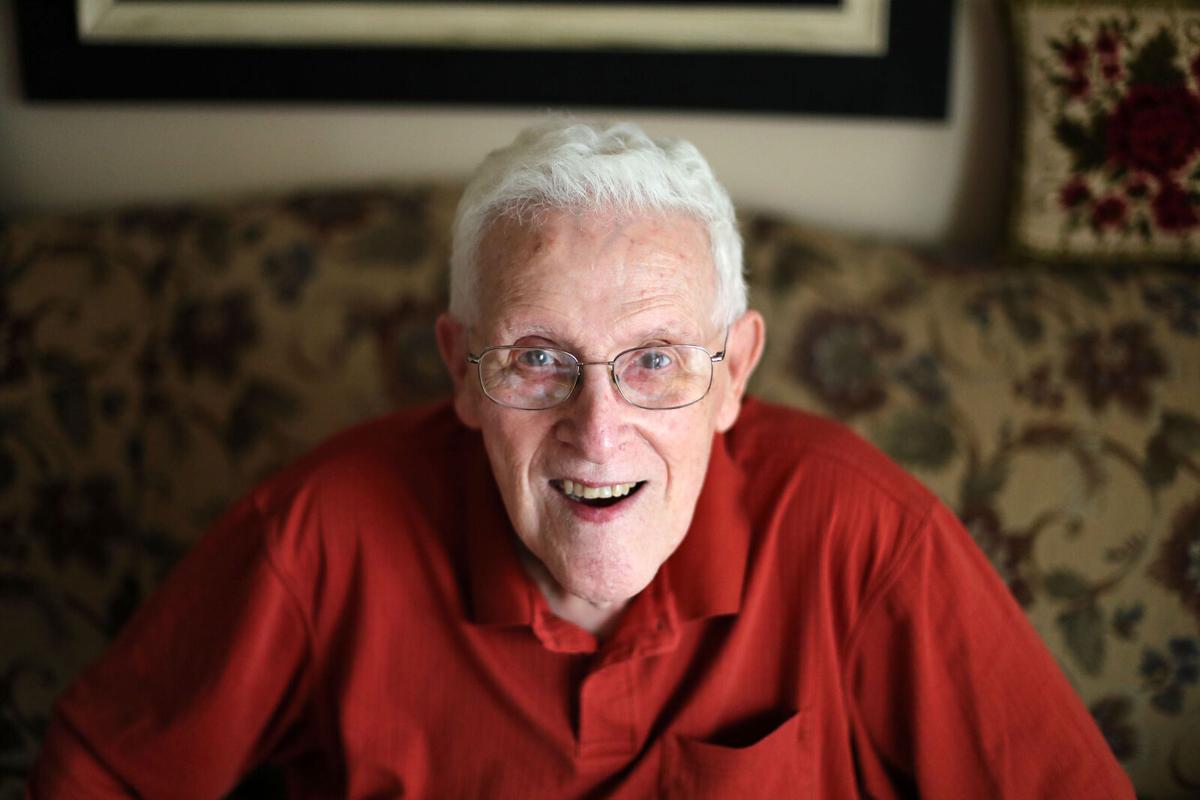 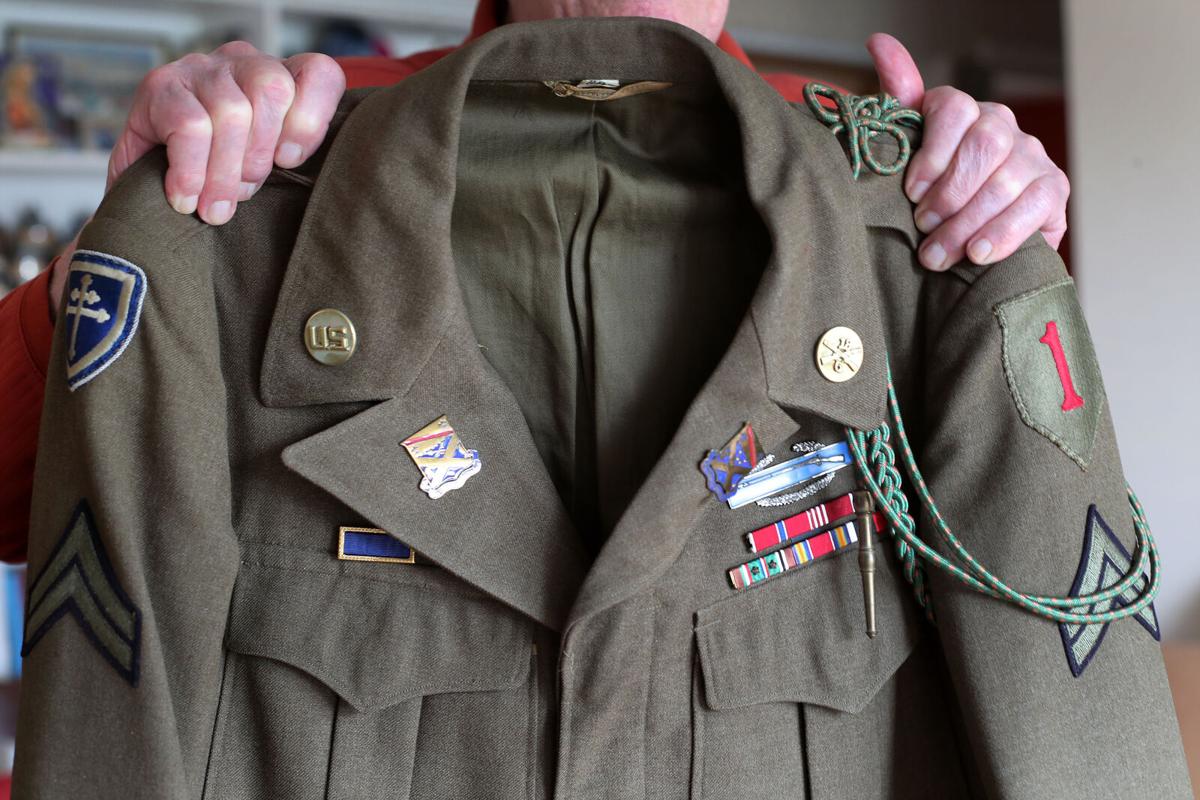 World War II veteran James Maier holds the Bronze Star he earned during his years in the service at his home in Tonawanda Wednesday, April 28, 2021. 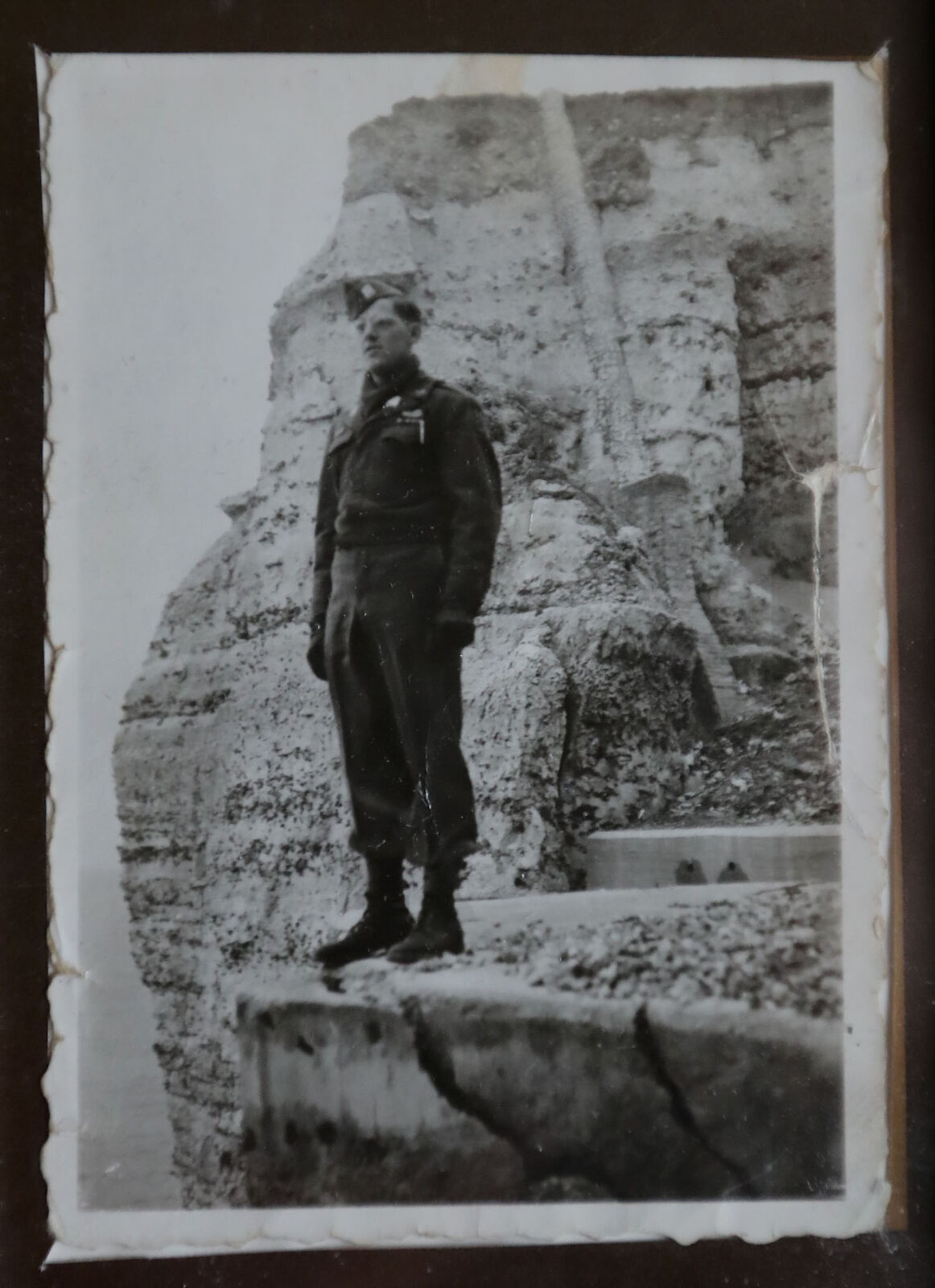 A photo of World War II veteran James Maier taken on a German bunker in Étretat, France, copied at his home in Tonawanda Wednesday, April 28, 2021.