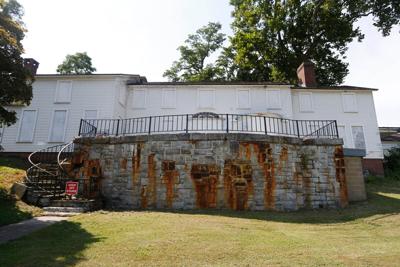 Support this work for $1 a month
Sandra Tan

When Buffalo's War Memorial Stadium was demolished in 1989, the Johnnie B. Wiley Amateur Sports Pavilion rose on the site of what was called the Rockpile in Masten Park. The park and athletic complex now appear worn, but not welcoming.

Meanwhile, 23 miles away at Wendt Beach Park in Evans, the once-elegant Wendt Mansion, a symbol of 1800s wealth and beauty, is now a boarded up husk of a building littered with discarded paper cups, shattered glass and an abandoned, century-old piano.

But all that is about to change.

Roughly $57 million in American Rescue Plan funding means Buffalo and Erie County parks and park buildings will benefit from the biggest one-time investments made in the park systems in generations. More than a dozen parks and buildings will be repaired and upgraded. And a few – like Masten Park and the Wendt Beach Mansion – will undergo total transformations.

"I think it’s pretty extraordinary to get this much at once, in addition to other stimulus funds and other things we’ve got going on," Buffalo Deputy Parks Commissioner Andrew Rabb said. "This is a big deal."

The stimulus funding includes $23 million for the athletic complex improvements and a new community building at Masten Park, and $20 million for other city park improvements, the details of which are still being finalized.

It also includes $6 million for the rehabilitation of the Wendt Beach mansion and stables, and $8 million for the improvement of other county parks, particularly those with historic structures dating back to the Works Progress Administration in the 1930s and '40s.

"I’m a big proponent of, 'You’ve got to take care of what you have before you start building something new,' " Erie County Commissioner of Parks, Recreation and Forestry Troy Schinzel said. "Plus, we have an obligation to pay homage to our history."

Photos: Johnnie B. Wiley Sports Pavilion in line for some upgrades

Johnnie B. Wiley Sports Pavilion and Masten Park, as part of the American Rescue Plan, will see an investment of more than $20 million. The up…

Masten Park and Wendt Beach Park are tapped to receive the single largest allocations of federal stimulus funds this year. Both parks have major, expensive building projects associated with them, which account for the bulk of the cost.

But few parks in the city or county will remain untouched by the infusion of construction-related federal dollars and other grants.

"This really gives us a shot in the arm to make a generational difference,” Schinzel said.

Erie County is spending $14.3 million in American Rescue Plan money on the improvement of parks. Much of that money will be spent to save and …

Erie County adopted its parks master plan in 2018 and has already outlined spending for eight county parks, including $1.8 million for casino and other building and shelter improvements to Chestnut Ridge Park in Orchard Park, and an assortment of other upgrades for Ellicott Creek Park in the Town of Tonawanda, Como Lake Park in Lancaster, Seneca Bluffs Natural Habitat Park in Buffalo and Emery Park in South Wales, as well as historic house renovations at Grover Cleveland Golf Course in Amherst.

The county is also allocating $2.3 million in stimulus funds for a new community building and historical museum at Stiglmeier Park, which is owned by the Town of Cheektowaga.

The Buffalo Common Council, meanwhile, approved a resolution in August for investments in a dozen city parks through the use of existing and future federal stimulus funds and other funding sources. The Department of Parks and Recreation is also in the process of finalizing its master plan, which will guide future park investments, Public Works Commissioner Michael Finn said.

These improvements do not include individual town and village park improvements that will be made by local suburban and rural governments, thanks to stimulus funds.

A smashed transom window lays over the doorway entrance to the to Wendt Beach Mansion. Once a 6,000 square-foot Lake Erie waterfront home for a wealthy industrialist, the late-1800s estate was deeded to Erie County in 1968 and became Wendt Beach Park. For years, it was a magnet for beach goers, and the mansion was repurposed as an activities center for seniors.

But neglect took its toll over the decades. The wrecked, fan transom light is just one of the indignities the once grand estate has endured.

The mansion and stables have been falling into disrepair and ruin thanks to a lack of upkeep and poor security. Copper piping was hacked out of the mansion in 2007, leaving water to flood the finished basement where Buffalo Forge magnate Henry Wendt Jr. once played billiards. The mansion's windows were smashed a few years later. The estate's log cabin, once a children's play house and guest house for visitors, was more recently torn down.

Despite multiple studies over the decades devoted to its restoration, every Erie County executive has come to the same conclusion: It wasn't worth spending millions to fix an old, unused county building in the face of other pressing priorities.

The stables, which were converted into park office and restroom space, have been locked up for years. And the beach itself was left to slowly return to a more rocky natural state as the county devoted its resources toward improving Bennett Beach instead.

But the potential for the beachside estate remains high. Thanks to a new roof put on the mansion a decade ago, the original wall plaster, spiral staircase and hardwood floors remain in reasonably good shape under layers of dust and peeling paint.

"I can see this place being a fantastic special events venue," Schinzel said.

With millions put toward elevating the mansion to a functional and historically sensitive state, and the stables being upgraded with potential for new kitchen, restroom and gathering spaces, it might make an ideal location for a future public-private venture. A new parking lot and landscaping is also part of the park renovation plan, Schinzel added.

The north and south towers of the old War Memorial Stadium still stand, though little else is recognizable from its use from 1937 to 1989, both as home of the Buffalo Bisons and the Buffalo Bills, and other college-level sports. It wasn't that well maintained even then, resulting in the stadium being nicknamed "The Rockpile." It was torn down and replaced with the Johnnie B. Wiley Amateur Sports Pavilion, which opened in 1992.

But nearly 20 years later, the complex looks outdated, and the padlocked gates haven't helped its image. The football field turf is past its useful life and has taken on a worn and trampled texture. And the restrooms and locker room facilities also require upgrades.

The adjacent Masten Park needs even more attention. The building that once served as a bathhouse and summer day camp no longer meets the needs of an East Side community clamoring for better community gathering spaces. And one side of the building, covered in a bright, happy mural, has been closed due to deterioration for decades.

Under the new plan, that old park building will be torn down and replaced with a taller and brighter multipurpose building for the community. All the park entrances – which currently feature steep slopes and steps because the park covers the city's old aqueduct – will also become more community friendly, particularly Masten Park's Dodge Street entrance. The public softball field will be moved to a different part of the expansive park lawn.

The parking lot will be reconstructed and the playground equipment it currently surrounds will be moved to a better and safer location, adjacent to a new splash pad, which will replace the current one.

The Johnnie B. Wiley stadium complex, maintained by Buffalo City Schools, will get new turf. And the existing grass baseball diamond will also get turf and share space with a new softball field. Expanded restrooms and locker rooms will be added, and the old stadium south tower ticket booths and stadium entrance will be restored to their original look. Other stadium entrance gates will face Masten Park and will be more accessible and inviting.

"Access and long-term sustainability are big reasons why we're looking improvements and looking at this site," Rabb said.

The Editorial Board: Federal stimulus will help improve green spaces that have suffered for lack of care

If there is a silver lining to this pandemic, it may be that it increased Americans’ appreciation of their parks. They remained one of the few spaces people felt free – even while masked.

In effort to improve water quality, state to revamp wetlands at Woodlawn Beach

By this time next year, Woodlawn Beach State Park will have new trees, shrubs and plants as part of a project to improve water quality in Lake Erie.

Erie County parks officials want to know just how badly a long-closed mansion at Wendt Beach in Evans has deteriorated. The historic mansion in the county-owned park has been stripped of copper, flooded and burglarized in recent years, and the county and town want to know how much it would cost to restore. “The longer we let these things

Mapping out a plan for Erie County's 10,000 acres of parkland

Another path to the Eternal Flame at Chestnut Ridge Park. A dog park in Como Lake Park. Stop mowing everything. These are among the hundreds of recommendations suggested by consultants for Erie County’s parks,

‘Like nothing we’ve seen before’: UK’s new poor forced to turn to food banks

‘Like nothing we’ve seen before’: UK’s new poor forced to turn to food banks

The reason Finland is always voted the happiest country

The reason Finland is always voted the happiest country

Russians lay flowers at monument as form of anti-war protest

Russians lay flowers at monument as form of anti-war protest 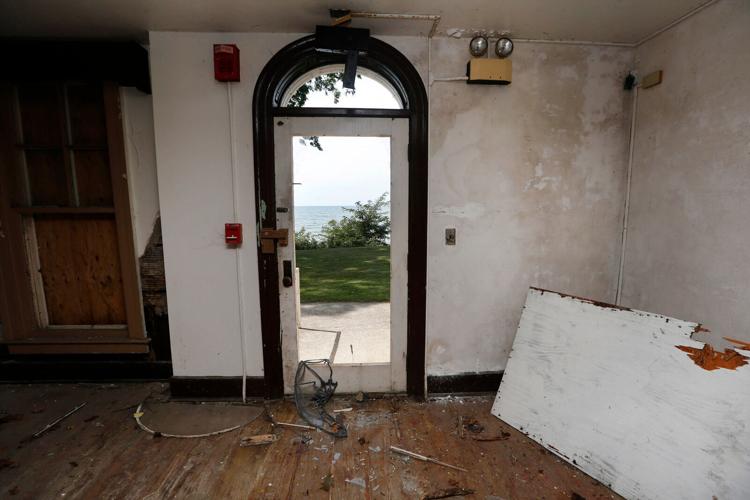 Erie County is spending $14.3 million in American Rescue Plan money for the improvement of parks. Much of that money will be spent to save and stabilize the Wendt Mansion at Wendt Beach Park and other park improvements. This is the common room, looking out at Lake Erie, in the Wendt Mansion, Wednesday, Aug. 25, 2021. 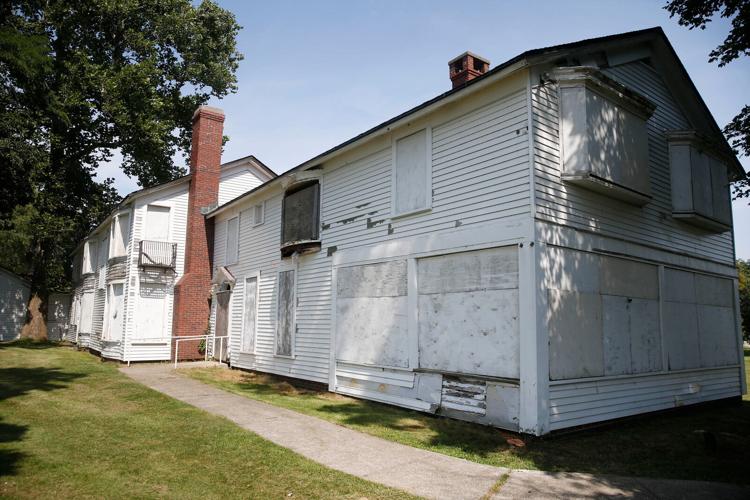 The lake side of the boarded up Wendt Beach Mansion. 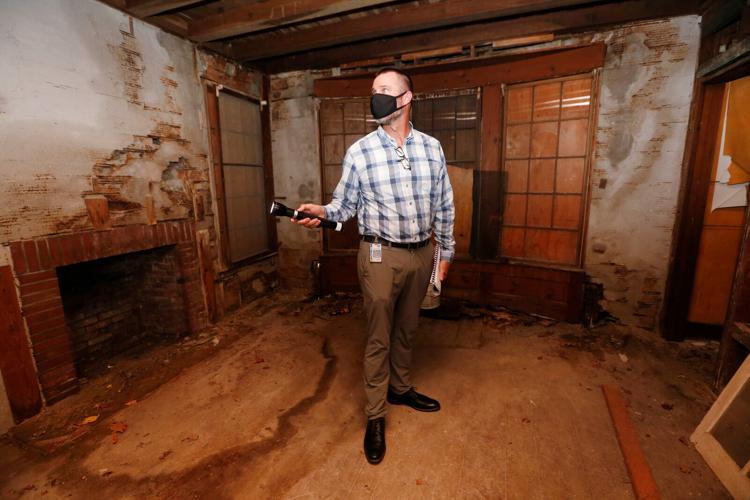 Commissioner of Parks, Recreation and Forestry Troy Schinzel in the study/parlor at the Wendt Mansion. 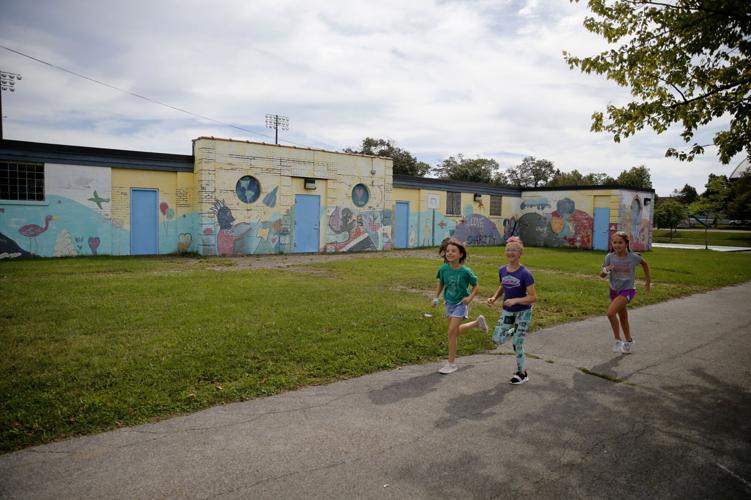 This old structure is being removed. Children from City Honors School jog on the property at Masten Park in Buffalo on Monday, Sept. 20, 2021. 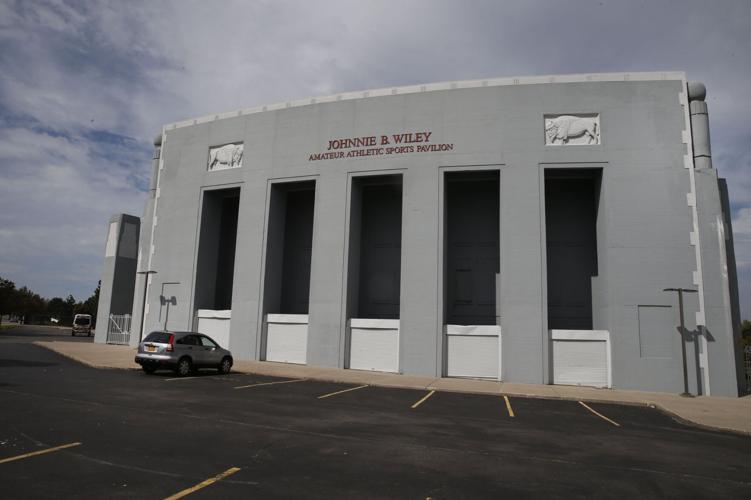 The south tower at Johnnie B. Wiley complex in Buffalo on Monday, Sept. 20, 2021. This tower is slated to have its ticket booths and entrance restored under the city improvement plan. 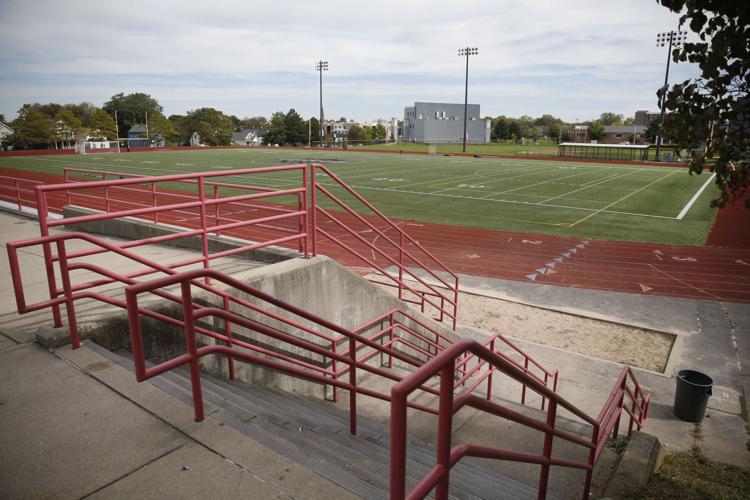 The field at Johnnie B. Wiley stadium is due for a synthetic turf replacement. 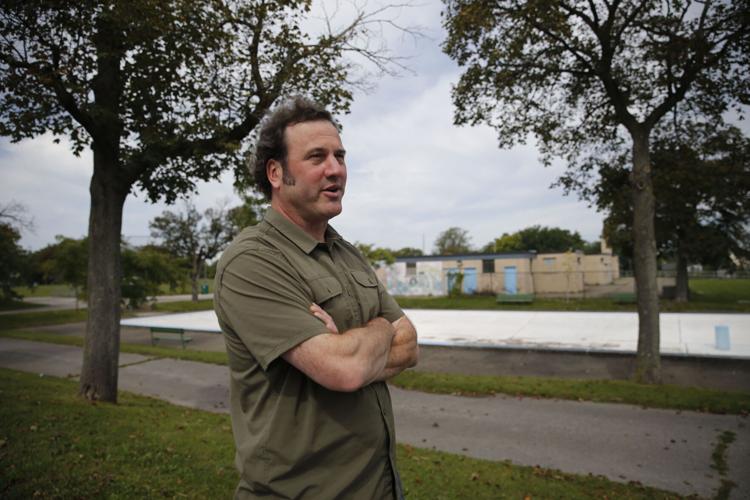 Buffalo Deputy Commissioner for Parks and Recreation Andrew R. Rabb discusses the new improvements coming, including the relocation and upgrade of the old Masten Park splash pad behind him.