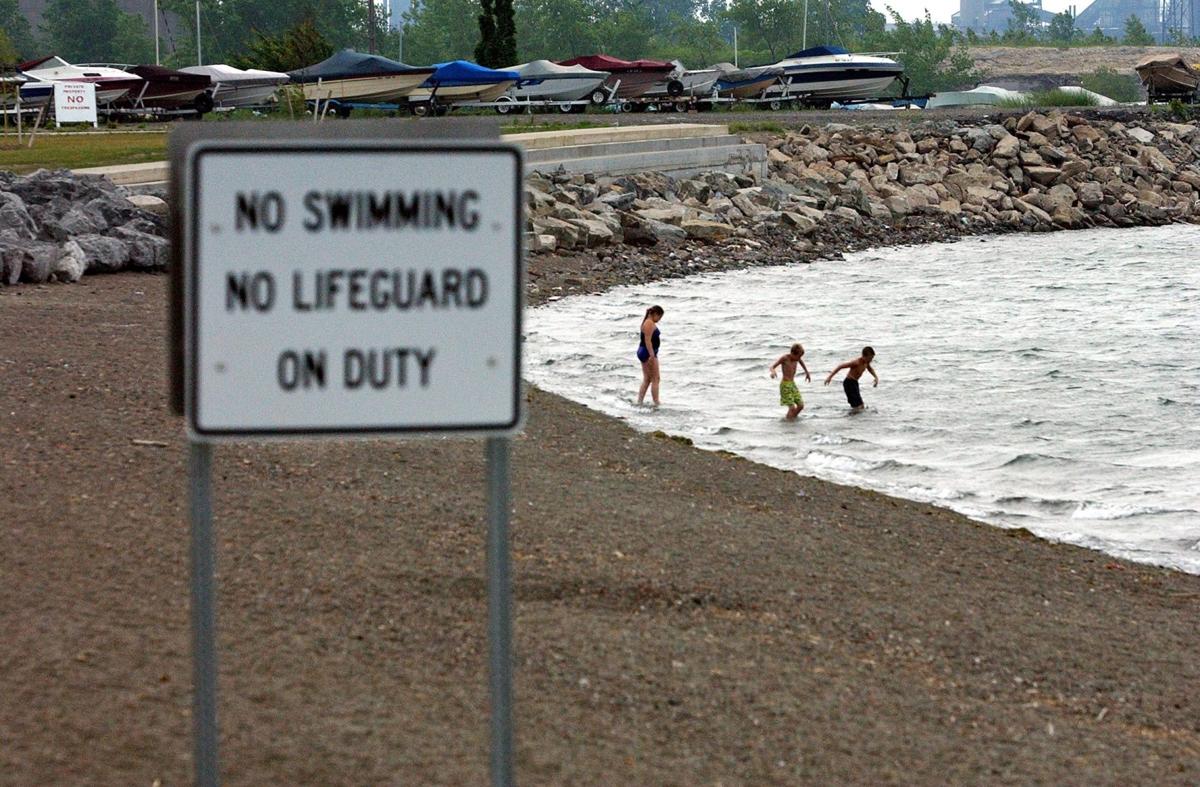 A file photo shows children ignoring the “no swimming” sign at Gallagher Beach. The state says the cost of maintaining a sand beach and the likelihood the beach would frequently close over water safety issues make swimming unsuitable there. 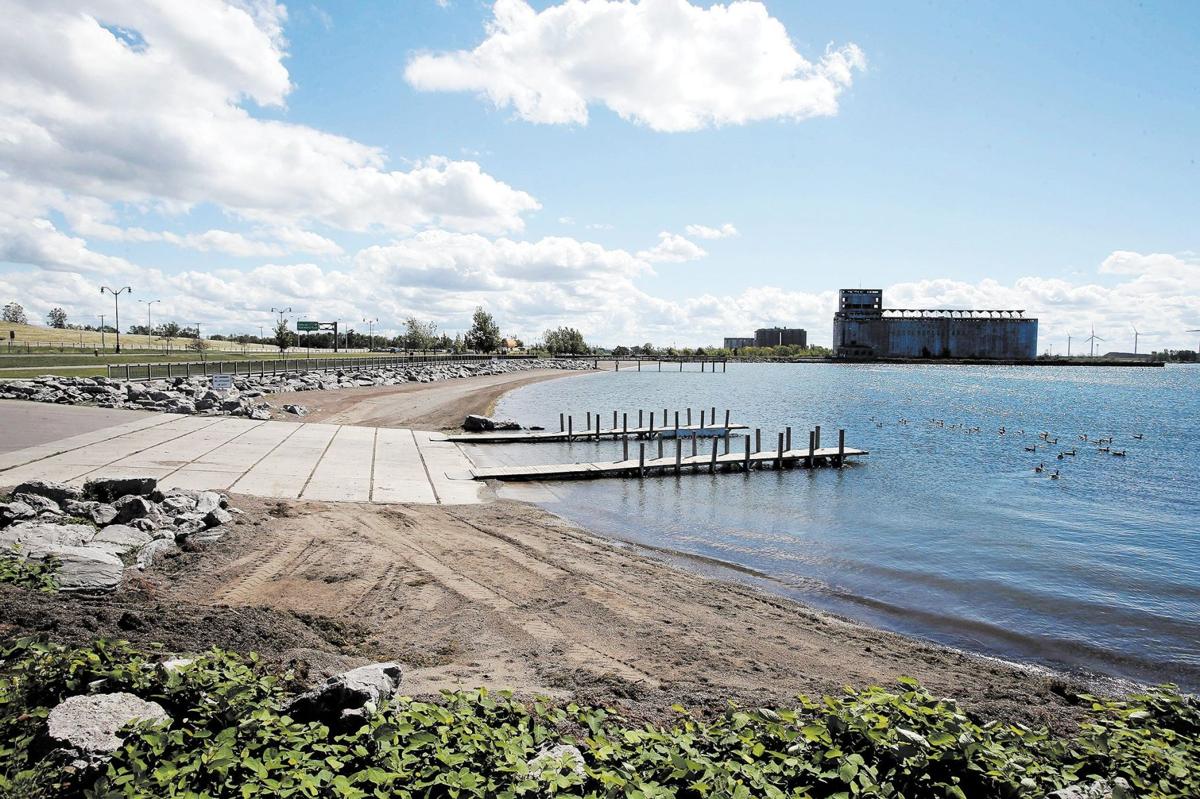 After two years of tests, New York State has ruled out swimming at Gallagher Beach.

The water quality at the beach at Buffalo Harbor State Park is so unsafe that a swimming beach would be closed about 40 percent of the time during the swim season, a state official said Wednesday.

“Circumstances always change, but for the indefinite future, this is the decision,” said Randy Simons, a spokesman for the New York State Office of Parks, Recreation and Historic Preservation.

The state also turned a thumbs down to creating a beach where people could comfortably spread their towels to bask in the sun. The cost of hauling in the sand and annually replenishing the sand lost to Lake Erie’s currents would be financially unfeasible.

These are among the finding of a study by the state parks agency and its consultant, Ecology & Environment.

“During our exploration, we estimated it would cost $10 to $12 million to create a bathing beach at Buffalo Harbor, in addition to $1 million annually to replenish the beach that would be expected to wash away due to Lake Erie’s harsh currents,” Simons said.

“When you look at that investment, it’s a high price tag, and it was felt it wasn’t a responsible use of public dollars,” he said.

Unlike swimming, which involves longer-term contact with the water and carries stricter standards, the tests showed water surface recreation, like canoeing, kayaking and wind surfing, can be enjoyed safely. Plans to increase boating recreation at the beach site are under consideration, Simons said.

Results from the Buffalo Harbor Sanitary Survey indicated the beach would have to be closed “nearly half the time during a typical swim season based on traditional water quality exceedances,” Simons said.

Bacteria, including E. coli, in stormwater are among the safety concerns over contaminants.

The surface water samples did not detect PCBs or volatile organic compounds.

Simons added that public hearings before Buffalo Harbor State Park was established in 2013 only received a small number of requests for a swimming beach.

Rep. Brian Higgins, who has pushed for swimming at the state park, rejected the state’s conclusions.

Environmental problems can be addressed, Higgins said. Sand should be trucked in and engineering solutions exist to replenish swimming beaches, he said.

“The governor is helping Buffalo realize its full potential as a great waterfront city again, and I don’t want to go backwards, I want to go forward,” Higgins said. “If there is an environmental problem, there has to be a source, and once we identify that source we should identify a remedial action plan.”

Higgins said the federally funded Great Lakes Restoration Initiative could provide funds for State Parks and the DEC to fix the problem.

In the past year, picnic pavilions, green space and a playground have opened at Buffalo Harbor State Park. Simons called the playground “one of the best we have in all of our parks.” A fishing platform is also being built on a stabilized breakwall.

The small beach, nestled in an area of the Outer Harbor between the former Small Boat Harbor and the South End Marina site, and across Route 5 from Tifft Nature Preserve, was formerly owned by the Niagara Frontier Transportation Authority.

The notion of opening the beach for swimming sparked concerns because of its location on the Outer Harbor, areas of which are contaminated with legacy PCBs from the city’s industrial past and its proximity to Superfund sites.

There’s also a 36-inch stormwater discharge drain about 600 feet south of the beach that spews potentially hazardous chemicals and bacteria into the water during heavy rains.

An Investigative Post report in 2013 noted that during a rain its reporter found garbage, rotting vegetation and geese droppings along the shoreline near the discharge point south of the beach.

A file photo shows children ignoring the “no swimming” sign at Gallagher Beach. The state says the cost of maintaining a sand beach and the likelihood the beach would frequently close over water safety issues make swimming unsuitable there.