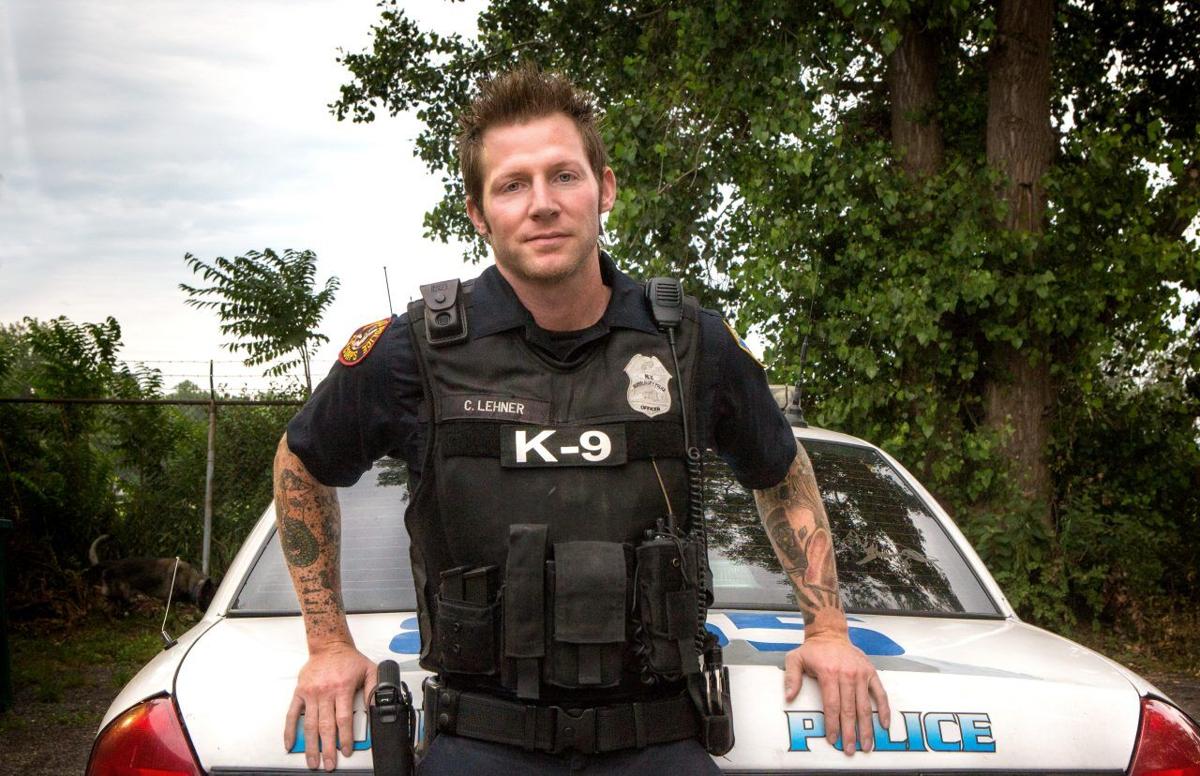 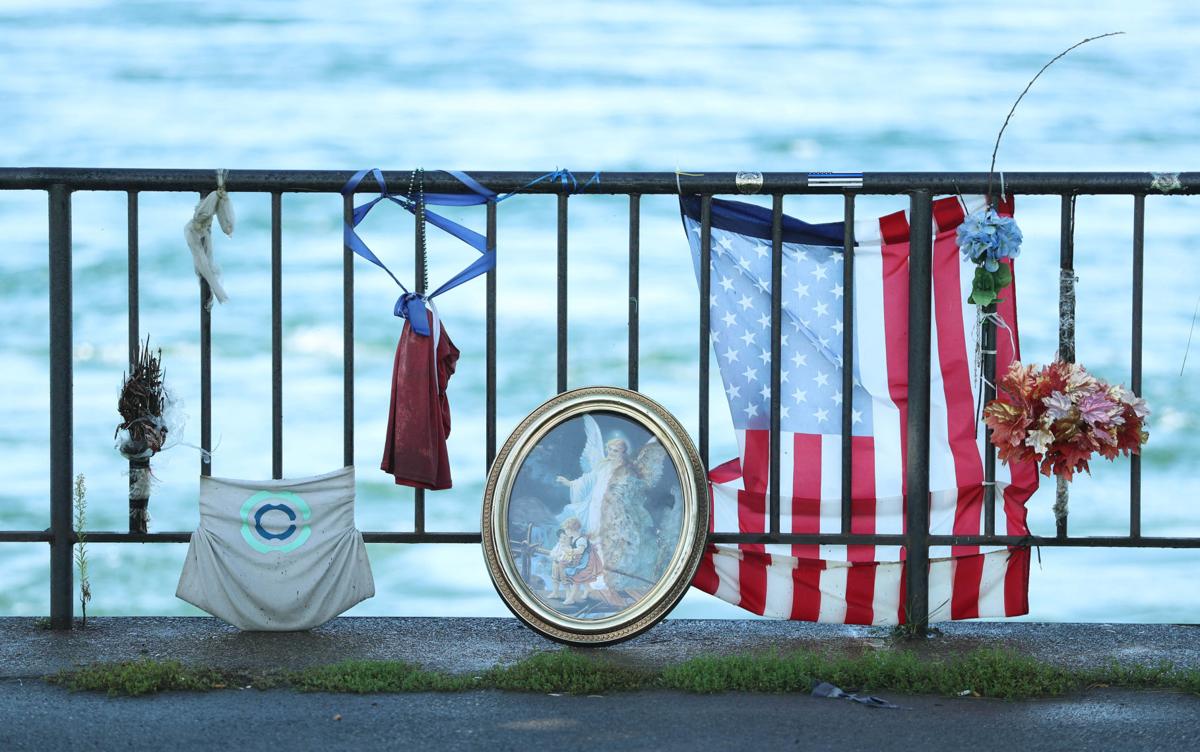 A memorial has been at Broderick Park for the past year since Buffalo Police Officer Craig Lehner died in a training dive in the Niagara River on October 13, 2017. This photo was taken Saturday, Oct. 6, 2018. (Sharon Cantillon/Buffalo News)

A state investigation into the death of Buffalo Police Officer Craig E. Lehner during a dive team training practice in the Niagara River a year ago cites Buffalo Police with four safety violations but does not fine the city.

The city will have 60 days to bring its dive team's training into compliance.

"They made it very clear their goal was to help us come into compliance," Capt. Jeffrey Rinaldo said of the probe by the Labor Department's Public Employee Safety and Health Bureau. "Most of what they noted we have already addressed."

Rinaldo released the report Saturday, one day after the department received it.

Three "apparent cut marks" found in a 19-inch section of tether line, a 300-foot-long, half-inch thick nylon rope attached to Lehner's safety harness, indicated Lehner had tried to cut himself loose when the line had snagged around a boulder in 25-foot deep water, according to the investigation.

An underwater video later taken by other divers "showed the tether became caught on a large boulder," the findings stated.

An internal investigation by Buffalo Police, police sources had said, determined that after Lehner got caught on the boulder, he spun around in the water and the current knocked the regulator apparatus from his mouth.

Lehner, 34, disappeared Oct. 13, 2017, in the Niagara River off Bird Island Pier at Broderick Park. His body was recovered four days later about 2 miles downstream. The cause of death for the nine-year police veteran, who also served in the department's K-9 squad, was listed as drowning after an autopsy found water in Lehner's lungs.

PESH relied on the federal Occupational Safety and Health Act's standards and commercial diving practices because the state does not have its own regulations for investigating public employee diving mishaps, Rinaldo said.

Lehner's sister in January filed a notice of claim against the city, alleging the Police Department should not have allowed the training exercise to take place because it was too dangerous, that her brother had not been properly trained before going into the water and that his diving equipment was "in dangerous, unsafe and/or defective condition."

However, the state determined his diving equipment was in working order when it was later examined by State Police.

Donna Wilson's notice of claim, the first step in a lawsuit, also alleged the city and police department violated state labor laws in "failing to furnish its employees with a place of employment free from recognized hazard that caused or were likely to have caused death or serious physical harm to its employees."

Signals to communicate are sent back and forth between the diver and the officer on shore by tugs on the taut line. At about 12:49 p.m. Oct. 13, four minutes into Lehner's dive, his line went slack, which started frantic efforts to try to rescue him.

The state investigation determined that in those four minutes three different dive team members had passed Lehner's line between them.

"This practice inhibits the dive tender's ability to maintain a constant awareness of what the primary diver is doing. Dive tenders must be able to read or feel slight movement in the diver's tender line to distinguish between normal movements and problems such as entanglement," the PESH findings stated.

Detective Leo McGrath, the team's commander, told the state that divers do not take secondary emergency tanks into the river because it "makes it harder for divers to maintain control of their posture when swimming downstream, which could lead to complications," the findings stated.

The state investigation determined that Lehner's air tank was approximately half full.

The police department divers have not trained in the Niagara River since Lehner's death.

"We suspended training in the Niagara River awaiting the outcome of the state report," Rinaldo said, adding that once river dive procedures are set up, the team will resume practices in the river.

Such training in that area is necessary because of situations involving the public, he said.

"Unfortunately last summer we had two people drown in that area and the URT was able to recover their bodies within an hour," Rinaldo said.

Members of the Buffalo Police Department are in the process of finalizing plans for a remembrance of Lehner at the Bird Island Pier on Oct. 17 to mark the anniversary of his death.

Craig Lehner’s sister, Donna K. Wilson, sued the Police Department and the City of Buffalo, alleging that her brother had not been properly trained before going into the water and drowning during a dive-team training exercise on Oct. 13, 2017.

A memorial has been at Broderick Park for the past year since Buffalo Police Officer Craig Lehner died in a training dive in the Niagara River on October 13, 2017. This photo was taken Saturday, Oct. 6, 2018. (Sharon Cantillon/Buffalo News)