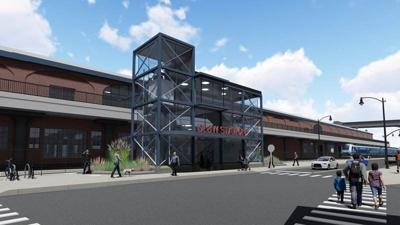 Slowly but surely, the community aim of restoring the Delaware, Lackawanna and Western Railroad Terminal to its former grandeur is beginning to take shape.

Artist renditions of the planned Metro Rail station at the foot of Main Street are appearing on Niagara Frontier Transportation Authority plans, and new features such as a $1.7 million crosswalk at Main and South Park Avenue have been approved. A major track, signal and catenary realignment along with other preparatory work is also continuing on schedule.

And while the future of the DL&W's cavernous second floor has yet to be finalized, its private developers are also more optimistic than ever about what lies ahead.

"To the naked eye, there's not much to see," said Thomas George, the NFTA's director of public transit, "but there's significant work going on.

"At the end of 2023, regardless of what happens with the developer, we'll have a stair tower at Illinois Street, a new pedestrian crossing, an entrance off the Riverwalk, a new Metro Rail station, and staircases and elevators," he said. "All should be completed and be ready for revenue service."

The NFTA took over the train shed in the mid-1980s as headquarters for its then-new Metro Rail system. The lower floor has served as Metro Rail's Yard and Shops complex, but 60,000 square feet of indoor space and another 40,000 square feet of outdoor platform have remained quiet since the last Erie-Lackawanna (DL&W successor) passenger train departed in 1962.

But now $52 million worth of preliminary improvements are preparing the hulking structure for what lies ahead. The task of developing the vacant second floor has been assigned by the NFTA to Savarino Cos., which is wrapping up a public participation process. Savarino President Samuel J. Savarino, along with the Project for Public Spaces consulting firm, has been gathering input from a host of "stakeholders" – elected officials, downtown businesses, property owners, community groups, social service agencies, other developers in the neighborhood, historians and preservationists –  mostly through focus groups.

Savarino's goal is to determine how to make the DL&W an integral part of the city's burgeoning waterfront. He is buoyed, he said, by constructive input from stakeholders, focus groups and discussions.

"Now we're preparing a draft report about what will work and what will be successful," he added, noting he expects the report to be submitted to the NFTA in June.

Savarino's “pre-development rights” allow it to explore several initial suggestions such as a public market, small business incubator, museum, flexible event/gathering space, artist studios, food hall, shared community kitchen or public gardens. The firm is also expected to study future uses for the outdoor “patio” that DL&W trains once used as a station approach, as well as 6,500 square feet of first-floor space for a possible waterfront cafe and floating docks on the adjacent Buffalo River.

But before any second-floor plans are even considered, the NFTA is providing several years worth of infrastructure preparation. George said the weekend marked an important milestone as contractors cut holes in the second floor for eventual staircases and elevators for the Metro Rail station that will receive passengers at the Buffalo River side of the building (the current special events station used on occasion will be eliminated). When completed, he said rail passengers can traverse the second floor under cover, even before development, to the new Illinois Street stair tower for access to KeyBank Center and its parking garage.

The new pedestrian crossing, meanwhile, will allow passage over the tracks with signals and for the disabled.

"That clears the way for the station in the building and allows us to construct the stair tower at the foot of Illinois Street," George said. "We'll finish in late '23."

Savarino has already said he thinks more public funding will be needed to continue preparation for development. He wants to uncover the train shed's skylights and smoke vents in the way originally designed by railroad architect Abraham Lincoln Bush. He also sees the need for an exterior truck ramp to serve tenants, fixing the floor, new windows and structural repair.

"We don't want to fall short in this," he said. "We want to restore it to what it was intended to be."

He is also hopeful that the extensive public participation process will produce the right ideas for such an extensive project.

"A lot of work goes into making a successful public space project," he said. "And you can't afford the mistake of just planning something there and hoping it will be successful."

A report issued by the Project for Public Spaces, based on input from throughout the area, foresees a facility with no single purpose, like shopping mall or food court, but a multi-use community asset with a "sense of place."

Design of the Riverline nears completion

The final concept for the proposed 1.5-mile trail will be unveiled in June. But the public now has one last chance to weigh in on ideas for the planned elevated urban nature trail.

Post-Skyway proposal borrows from Buffalo's past to design its future

The plan calls for re-creating the historic Canal District by bringing back a neighborhood with small-scale apartments and other structures. 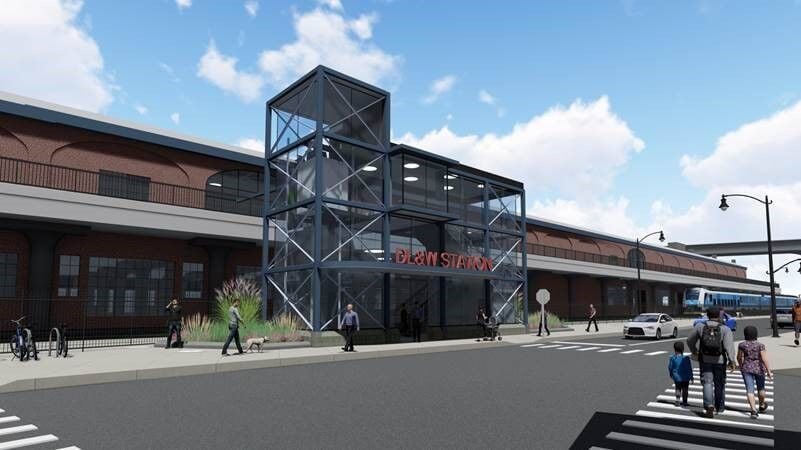 An illustration depicts the DL&W Terminal stair tower at the foot of Illinois Street on South Park Avenue. The new structure will provide stairway and elevator access to the terminal’s second floor, which the Savarino Cos. aim to develop into a regional attraction. Little activity exists in the area now, but planners expect Metro Rail passengers as early 2023 to use the tower for access to KeyBank Center and an adjacent parking garage. 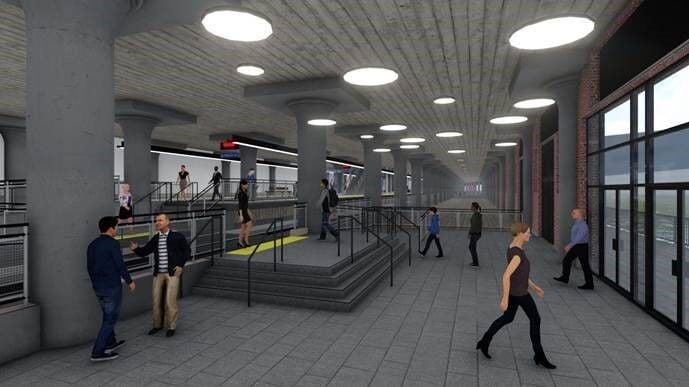 An illustration of the planned Metro Rail station on the Buffalo River side of the DL&W Terminal’s first floor. Passengers will board and leave trains in the area at upper left, with stairs and elevators leading to planned development on the terminal’s second floor. 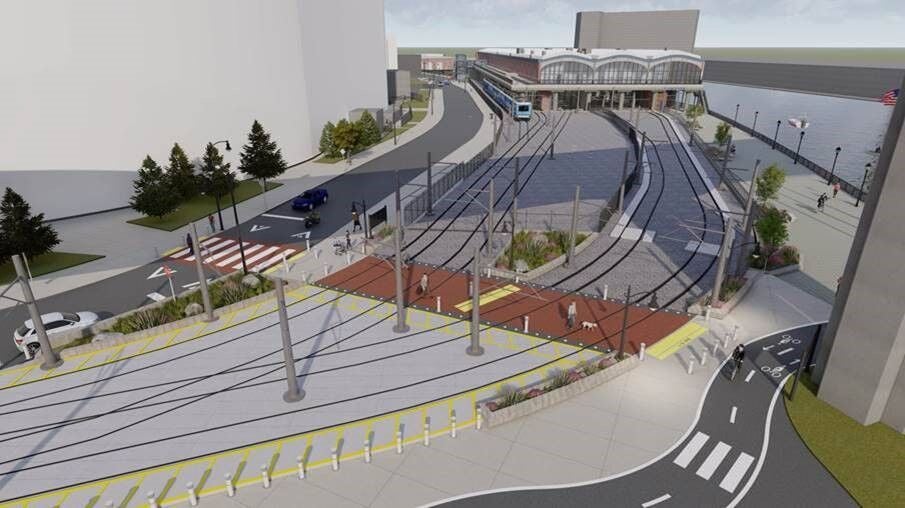 An artist’s rendition depicts a new crosswalk from behind the KeyBank Center to the Riverwalk trail along the Buffalo River. The $1.7 million crossing is newly added to the plan, and will provide safe access across Metro Rail tracks in the increasingly busy area at the foot of Main Street. No safe crossing exists now, while extensive track relocation work takes place in the DL&W’s approach yard. 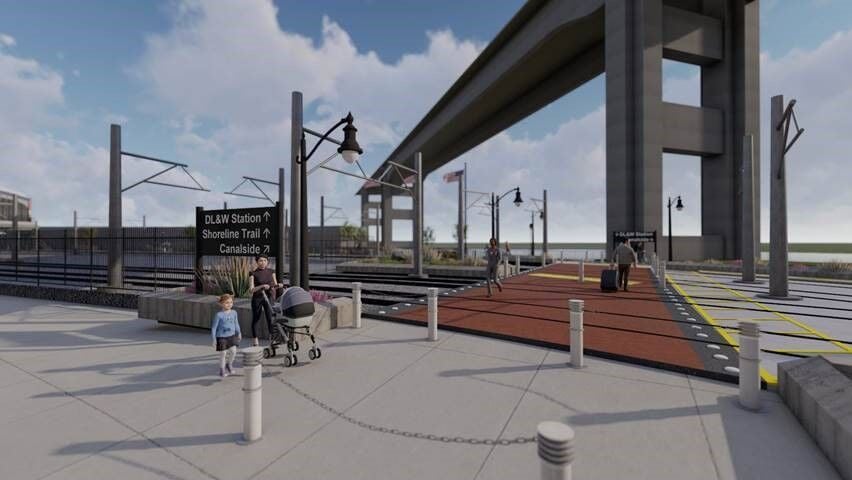 A grade-level artist's view of track and crosswalk work planned as part of a project to restore the Delaware, Lackawanna and Western Railroad Terminal. 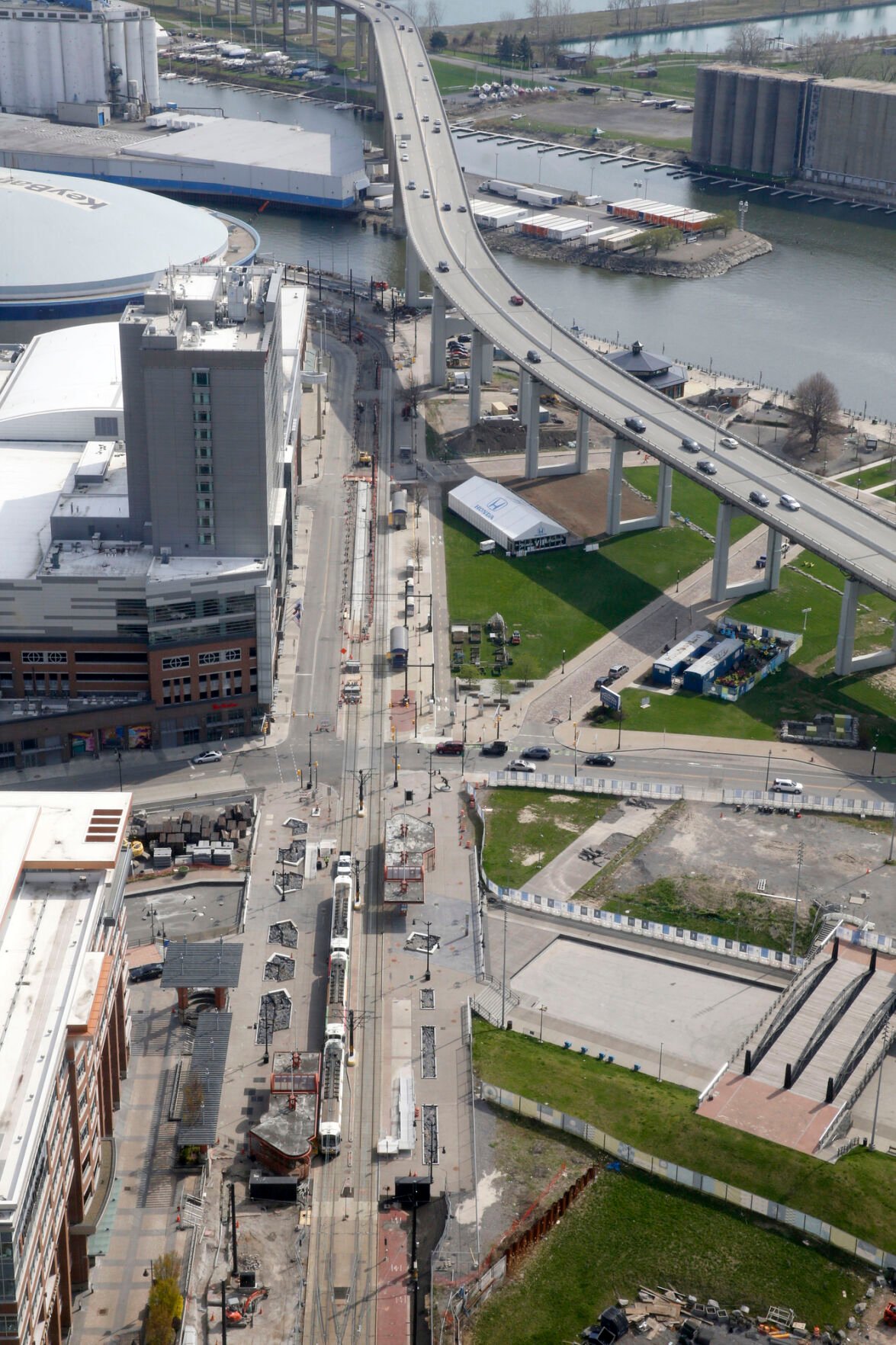 A Metro Rail train pauses at Erie Canal Harbor Station, the last stop on the inbound line, in this aerial view of the foot of Main Street and Canalside. By late 2023, trains will ferry passengers one stop further to a new station within the DL&W Terminal that will anchor planned development at the historic trainshed and serve KeyBank Center. The special events mini-station used for some arena events will be eliminated. 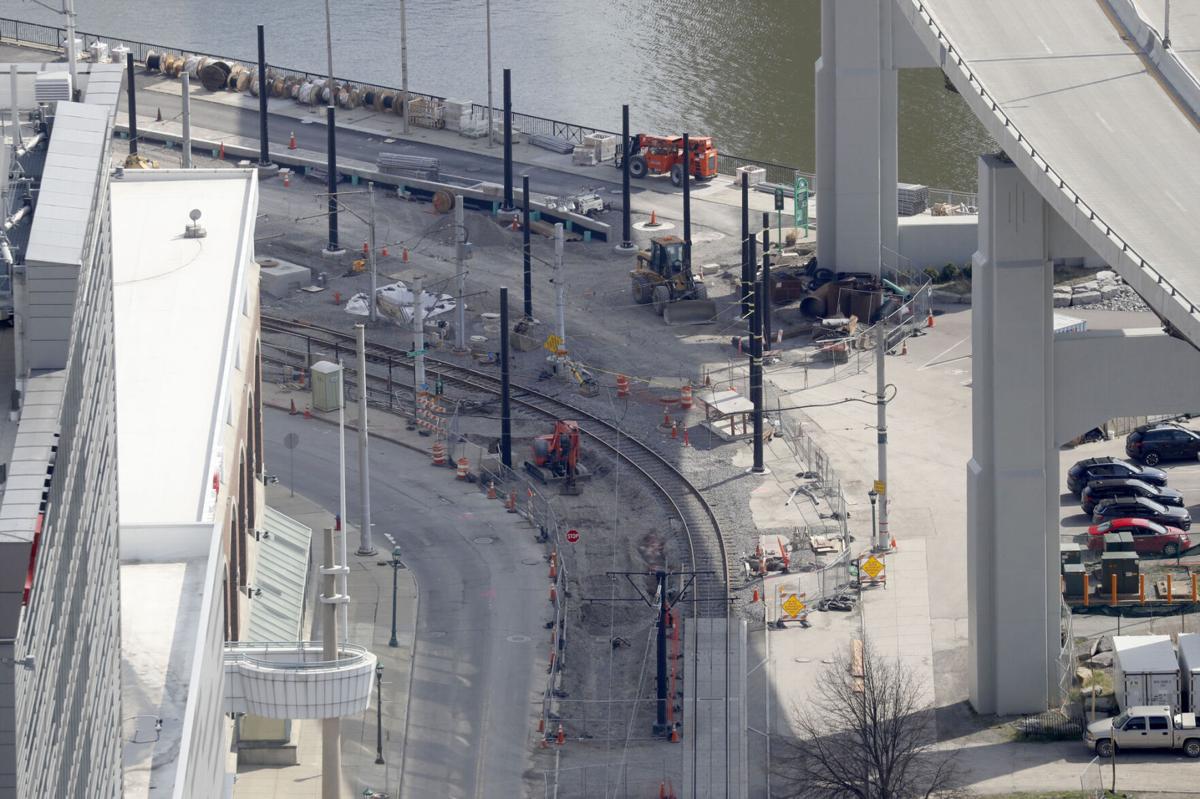 Construction continues on the DL&W near the foot of Main Street and Canalside in Buffalo on Tuesday, April 27, 2021.