According to National Geographic, the arowana is regarded as the world's most expensive aquarium fish. An official of the Chinese Communist Party is rumored to have paid $300,000 for one in 2009.

Prized in Chinese culture, it's also known as the "dragon fish" or the "lucky fish."

And now, one is back on display in Niagara Falls, after the fish, named Bartholomew by the staff of the Aquarium of Niagara, spent four years in an off-site holding tank because it had outgrown the tank in which it was being shown.

That changed this week, when the aquarium opened a new permanent exhibit called "Dangerous Beauties," for the arowana and an ocellate river stingray, which is being considered for a spot on the endangered species list.

They're together as the only tenants of a 3,200-gallon tank that used to hold trout, aquarium spokeswoman Christine Streich said.

The exhibit is the first under the corporate sponsorship of NOCO, the local energy company that recently joined the list of aquarium partners.

The arowana's importation into the United States is banned because it's an endangered species, but that didn't stop a smuggler from trying to sneak nine arowana guppies into the country from Canada at the Rainbow Bridge in Niagara Falls on Dec. 15, 2002.

The Buffalo News reported at the time that the fish were in plastic bags of water hidden inside a teddy bear and in the spare tire well of the smuggler's vehicle.

The fish that survived were parceled out by the U.S. Fish and Wildlife Service among a few U.S. aquariums, including the Aquarium of Niagara.

The aquarium had acquired the stingray in 2010 from the Fort Worth Zoo in Texas. It, too, had outgrown its surroundings and was living in a holding tank until the new exhibit was fashioned.

Bartholomew is about 2 feet long. Despite the name, the fish's gender is uncertain. "There's no easy way to tell," Streich said.

The stingray is about 15 inches across and is female.

"Their coloring and ability to thrive in fresh water make them popular in home aquariums," Streich said. "Thousands are harvested from rivers in Colombia, Peru and Brazil each year."

“It is easy to think globally when you hear about illegal wildlife trade, but the reality is that we are dealing with this issue right here in Western New York, especially because of the close proximity to several international bridges," said Gary K. Siddall, Aquarium of Niagara president and CEO.

Streich said so far as she can tell, an arowana's median life expectancy is 10 to 20 years, but under good human care in an aquarium, that can increase substantially.

"The Dallas World Zoo says they have been documented to live to be as old as 60 years old under human care," Streich said.

As for the ocellate river stingray, Streich said the general consensus is that it has a median life expectancy of 10 to 15 years.

Cheektowaga police and the FBI are hunting for a bank robber with some missing teeth who held up the Fleet Bank on Harlem Road, near Kensington Avenue, this morning. The bandit fled in an older, maroon, box-style vehicle, last seen heading south on Cleveland Drive after the robbery at about 10:20 a.m. Bandit orders doughnut, and cash from safe,

They are the bad boys of the fish world, known for using their teeth and size — they grow to be 3 feet long and up to 40 or 50 pounds — to attack other fish and sometimes even humans. Giant snakeheads also are a prohibited species, one of the reasons an Ontario pet dealer was charged Tuesday in

Drive-by shooting hurts 3 on Shirley near Bailey Three males, including two juveniles, were shot early Friday in a drive-by attack on Shirley Avenue, Buffalo police reported. The shooting occurred in the 200 block of Shirley, near Bailey, at about 1:30 a.m. The three were sitting on a porch when hit by gunfire that came from a white vehicle

Mother’s hearing set in preschool pot case LOCKPORT — Formal charges were waived Monday in City Court, and a pretrial hearing was scheduled for a mother charged with sending her preschool son to school last week with marijuana in his shoe. The 4-year-old’s mother, Sherry A. Sanney, 27 of Washburn Street, and Joshua M. Bryant, 21, of Harvest Ridge

>Vacant Falls home is destroyed by fire NIAGARA FALLS — A fire destroyed a vacant two-story home at 1149 Fairfield Ave. at about 3 a.m. Thursday. “The fire started on the first floor and burned for a while before burning through the floor and then spread to the second floor and attic,” said Fire Chief William MacKay, who said

Olean man found guilty of assault along river LITTLE VALLEY — Following a weeklong trial in Cattaraugus County Court an Olean man was convicted by a jury Friday of assaulting and stabbing a man last February in Olean. Cyrus Y. Reed. 48, was found guilty of first-degree assault and fourth-degree criminal possession of a weapon Feb. 14 when he 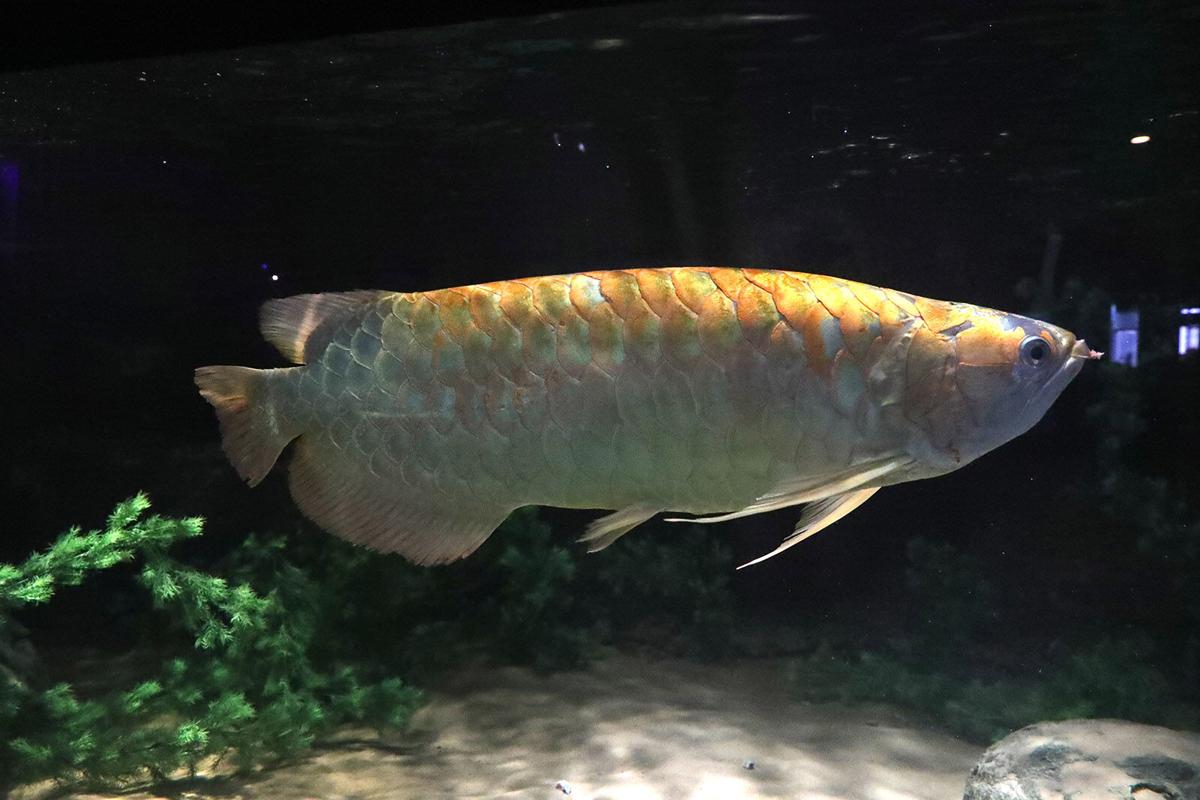 Bartholomew, the 18-year-old Asian arowana seized from a vehicle at the Rainbow Bridge in December 2002, seen in the "Dangerous Beauties" exhibit in the Aquarium of Niagara in Niagara Falls, Monday, Feb. 22, 2021. 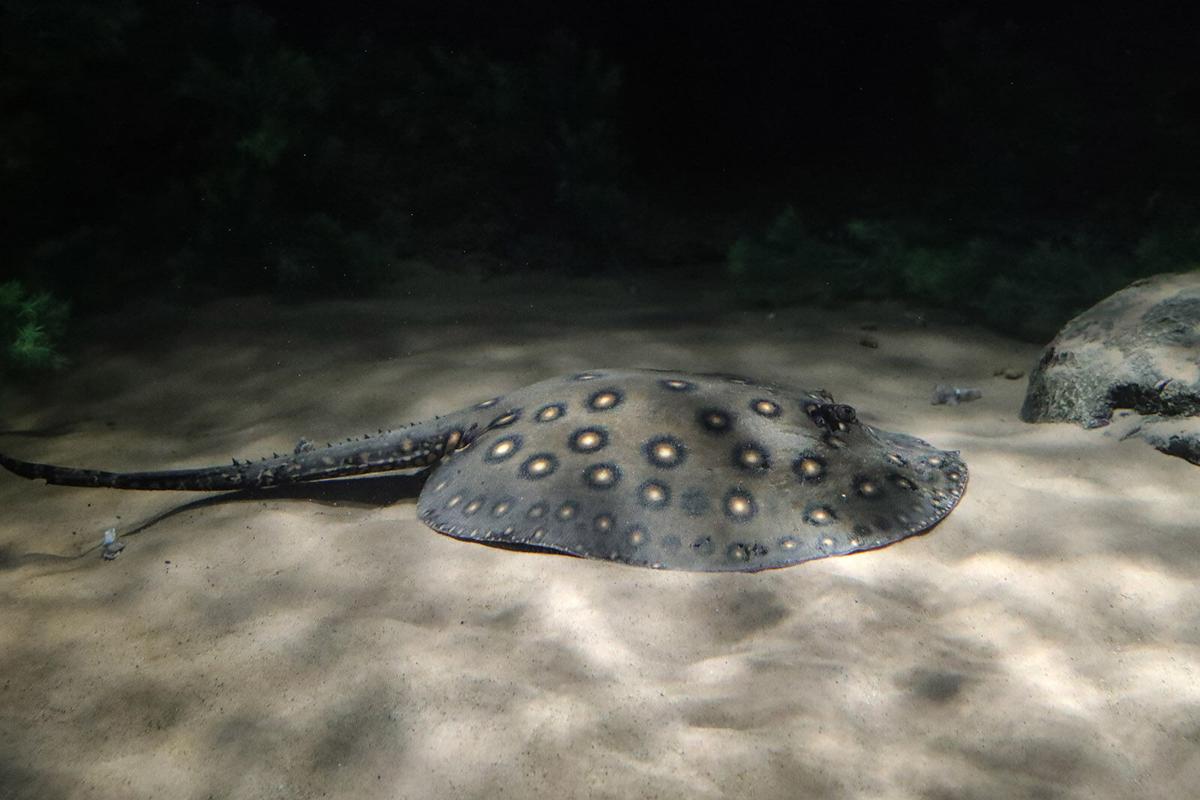 This female ocellate river stingray is shown in the new "Dangerous Beauties" exhibit in the Aquarium of Niagara in Niagara Falls on Monday, Feb. 22, 2021.