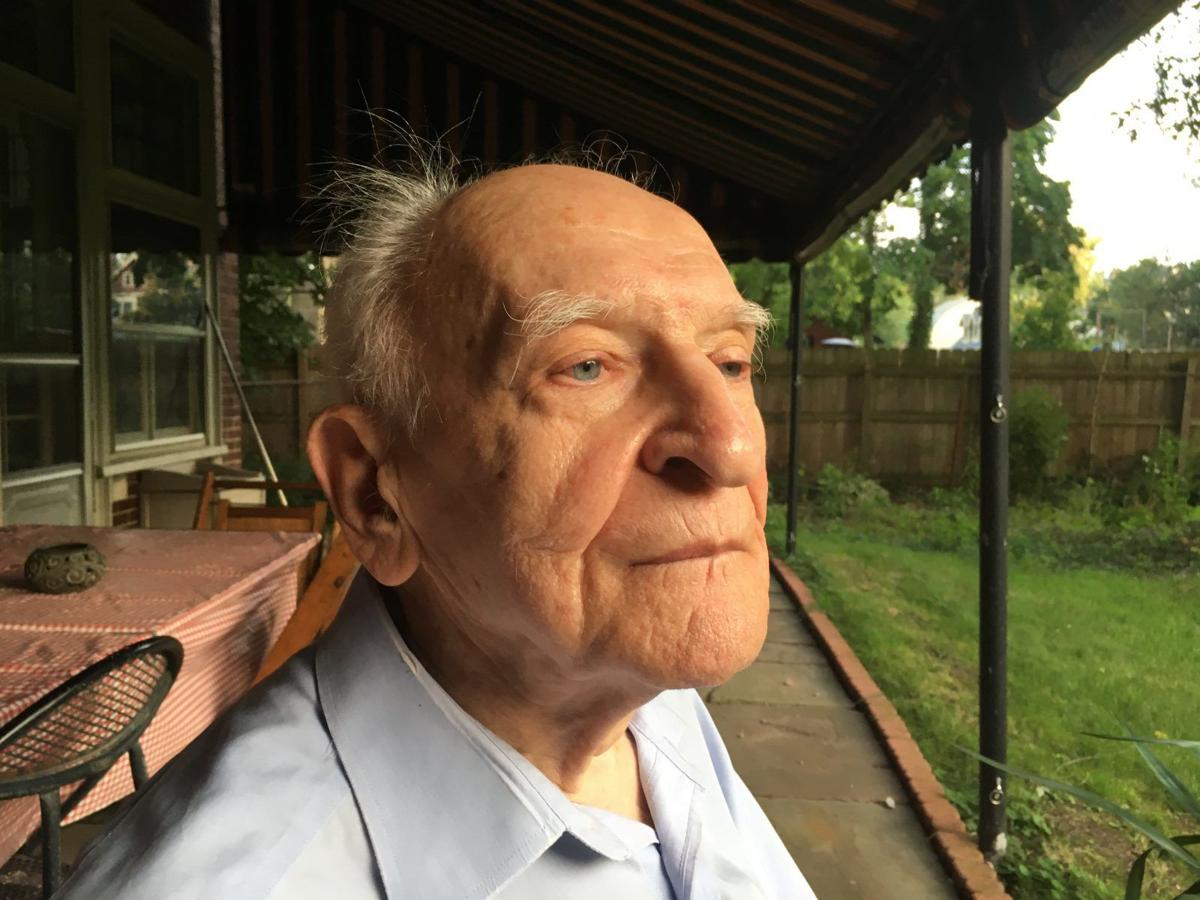 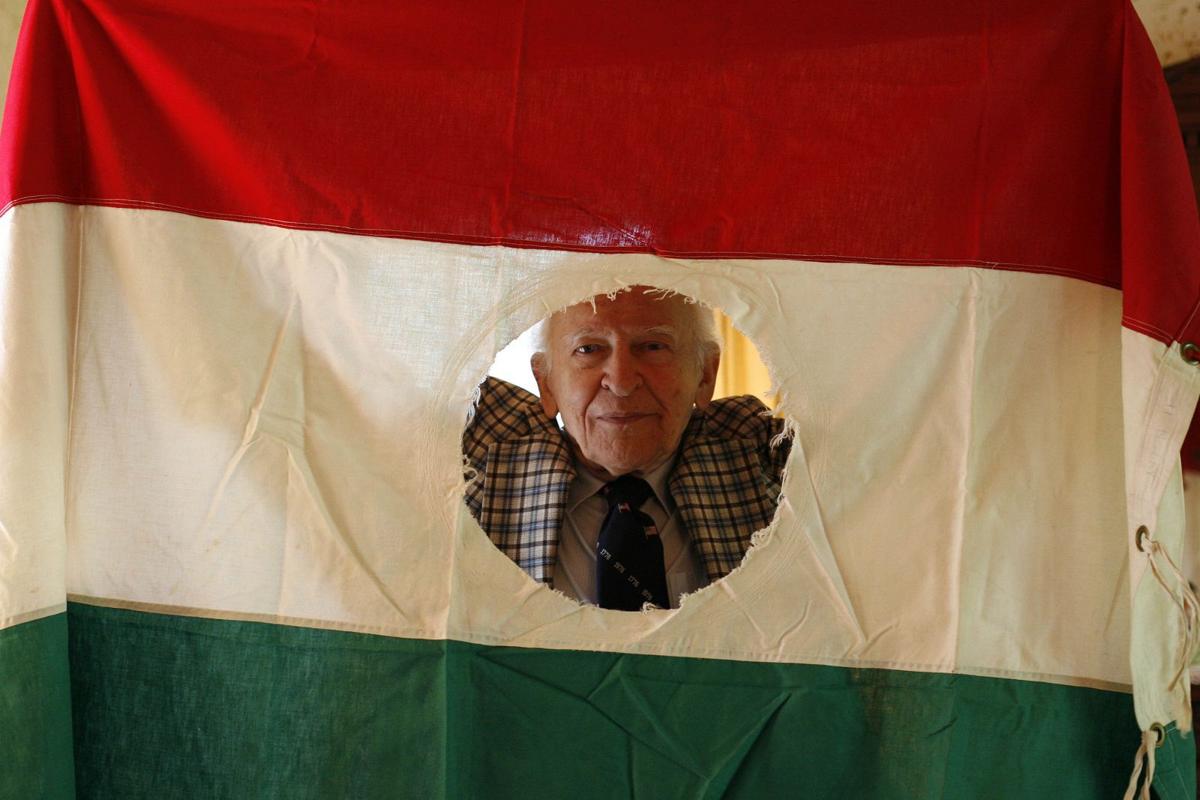 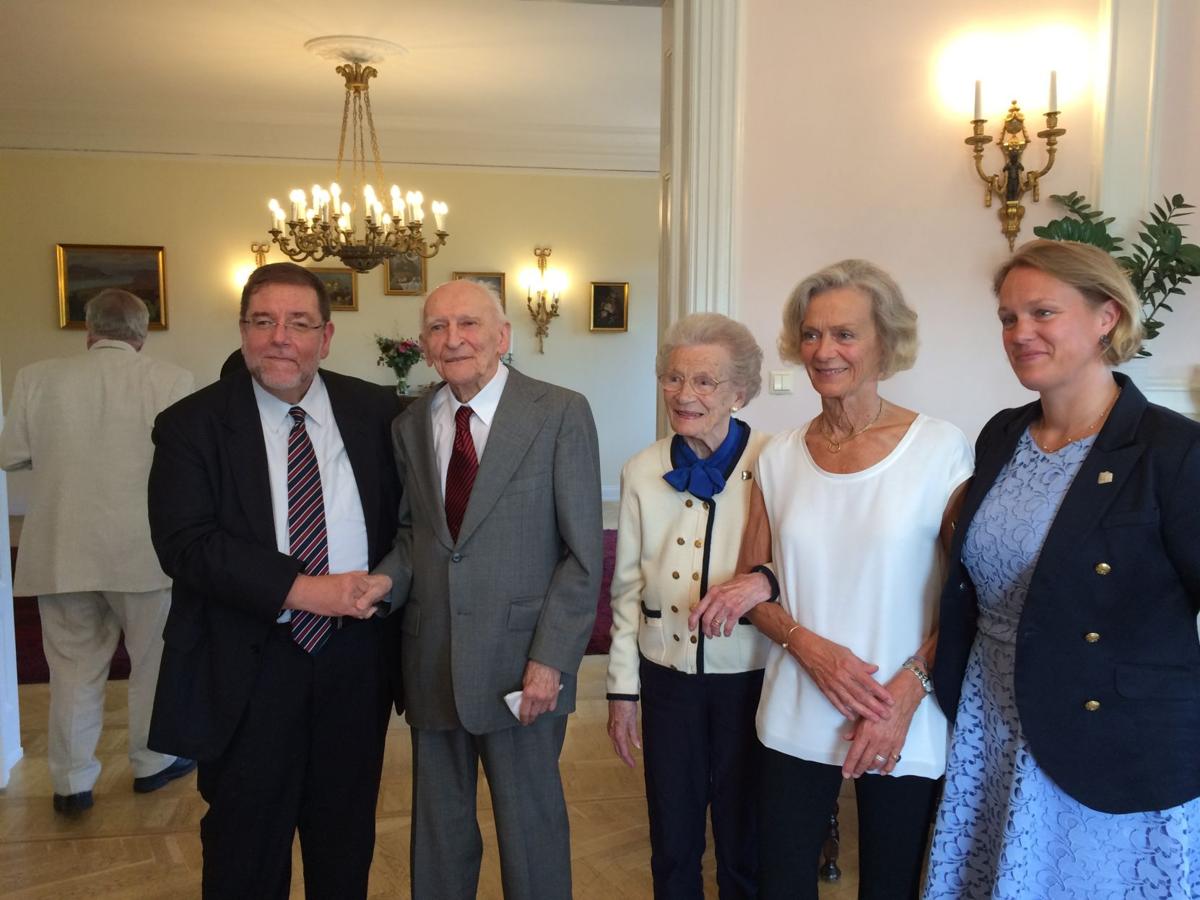 A few days ago, Tibor Baranski Sr.’s family gathered at his bedside in Buffalo to say farewell.

At 96, he was living at the home of his son, Dr. Peter Forgach. A daughter, Kati Spangler, is also in Buffalo, while another son, Tibor Jr., flew home from his work in China.

They prepared themselves for life without a quiet giant of World War II, credited with saving thousands of Jewish women, men and children from the Nazis. In 1979, the magnitude of those efforts was recognized when Baranski was named as "Righteous among the nations" at Yad Vashem, the World Holocaust Remembrance Center in Israel.

His death came as he lived, done in his own way. Last week, to the wonder of his children, he rallied. By Thursday, he was again seated at the Forgach kitchen table, looking out at the gray January sky.

His son, Tibor Jr., sat with him as he drank a cup of tea. To Tibor Jr., his father still seemed strong. While Tibor Sr. had struggled with his health – complications described as unsurprising for someone in his late 90s – his family said he often showed flashes of his full power, intensity as strong as ever once he locked eyes with you.

“Please stay longer,” Tibor Jr. said. His father shook his head and asked to be left alone in his decision. It was clear to those who loved him. He had already made his peace.

Baranski died Sunday morning. He would have found it fitting, because his life – since early childhood – was built around the Mass and his Catholic faith, especially a reverence for the Blessed Mary.

Sunday was also the 73rd birthday of Forgach, an eye surgeon adopted as a child years ago after his family fled Communist Hungary and Baranski married Forgach's mother, Katalin, who died in 2011.

Forgach and his wife, Kathy, were with Baranski at the end. "He experienced all the evils of the 20th century,” Forgach said. He finds it astounding that his father lived so long, with such vitality, considering what he witnessed and endured.

Baranski was raised in Budapest. In 1944, at 22, he returned home from studying in a Catholic monastery to a city under tight control of German forces. With their war effort crumbling, the Nazis planned one last devastating sweep against Hungarian Jews before they were forced out of the city.

On the request of an aunt, Baranski sought to find officials who could intervene on behalf of some friends, a Jewish family named Szekeres. Baranski managed to talk his way into an interview with Monsignor Angelo Rotta, the Catholic papal nuncio, or representative to Rome.

Rotta was impressed. He recruited Baranski to help with the larger effort of saving thousands of Jews in immediate danger of being sent to concentration camps. Baranski became executive secretary of what was called the Jewish Protection Movement. In that role, he often spoke with Raoul Wallenberg, a Swedish diplomat also credited with saving thousands of lives before his mysterious death in Soviet custody.

Baranski's favorite story involved a request to borrow a Rolls-Royce from Rotta, a means of creating a sense of wealth and stature. He asked another young man to pretend to be his driver, then used that masquerade of influence to bluff his way into a factory where roughly 2,000 Jews were confined, set for transport to the camps.

One mistake would have meant his own death. Baranski, through raw confidence and by flashing papers provided by Rotta, managed to win the release of dozens of captives. For the duration of the war, he used similar documents and every desperate ploy he could imagine to shield roughly 3,000 Jews in a protected sector of apartment complexes.

Through his work, they survived.

In 1945, the Soviets captured the city. Wallenberg vanished. Baranski, too, was apprehended by the Soviets. He nearly died on what amounted to a death march toward Russia, but a guard took pity on him and turned him over to a local hospital. In Budapest, he would be imprisoned again for five more years by the Communists, before he finally went to Rome in 1953, seeking aid for the Hungarian revolution.

When that revolt failed, it was not safe for him at home. He met Katalin, who built a career in cancer research, in Italy. They traveled to Canada and eventually settled in Buffalo.

Baranski was an educator, a teacher with a staggering perspective on both the brightest and most savage aspects of the world. Over the years, his family said, he had a close and life-changing impact on hundreds of students from Eastern Europe who saw him as a mentor as they studied at Catholic universities in the Buffalo area.

Gabor Szekeres, the Hungarian infant who touched off that lifesaving work in Budapest, grew into an adult who worked as a physician in California. He was like family to Baranski until Szekeres' death, and the Baranskis remain in close touch with his widow, Dr. Agnes Szekeres.

“He has a fantastic legacy in his children, his grandchildren, his great-grandchildren,” a grandson, Nandor Forgach, said Sunday. The family, who said funeral arrangements will be announced in the coming days, spoke of his fierce and unshakable Catholic faith, how it served as a lighthouse during times when pain, sickness or terror might have broken many spirits.

Forgach said people used to ask Baranski how he could believe in God after all he witnessed.

"These things happened, and there has to be a God to bring justice," he would respond.

Simple math offers evidence to his greatest work. The coming months will mark 75 years since Baranski put his life at risk to save at least 3,000 people. How many generations, how many living human beings, does that figure multiply into today?

None of it changed the way he saw himself, his children say. Baranski had a bearing that stayed the same, "a sense of continuity," as Forgach puts it. In 2017, he received one last burst of international attention when he was honored at the annual Raoul Wallenberg Day events in Stockholm. He met Wallenberg's sister, Tina Lagergren. He was feted by diplomats and ambassadors.

He returned to Western New York, where he was honored last April by the Holocaust Resource Center in Buffalo. Baranski was grateful, but in an interview he insisted he did not deserve it.

"I don't need any compliments," he said. "God gave me the idea of what to do, and I thank God they didn't kill me."

His passing fit with the way he saw the world. Sunday morning, just before his father died, Forgach sat at the bedside and said the rosary, the ancient Catholic ritual of comfort, faith and mystery. While Baranski did not speak, he opened his eyes, reached up and held onto the beads.