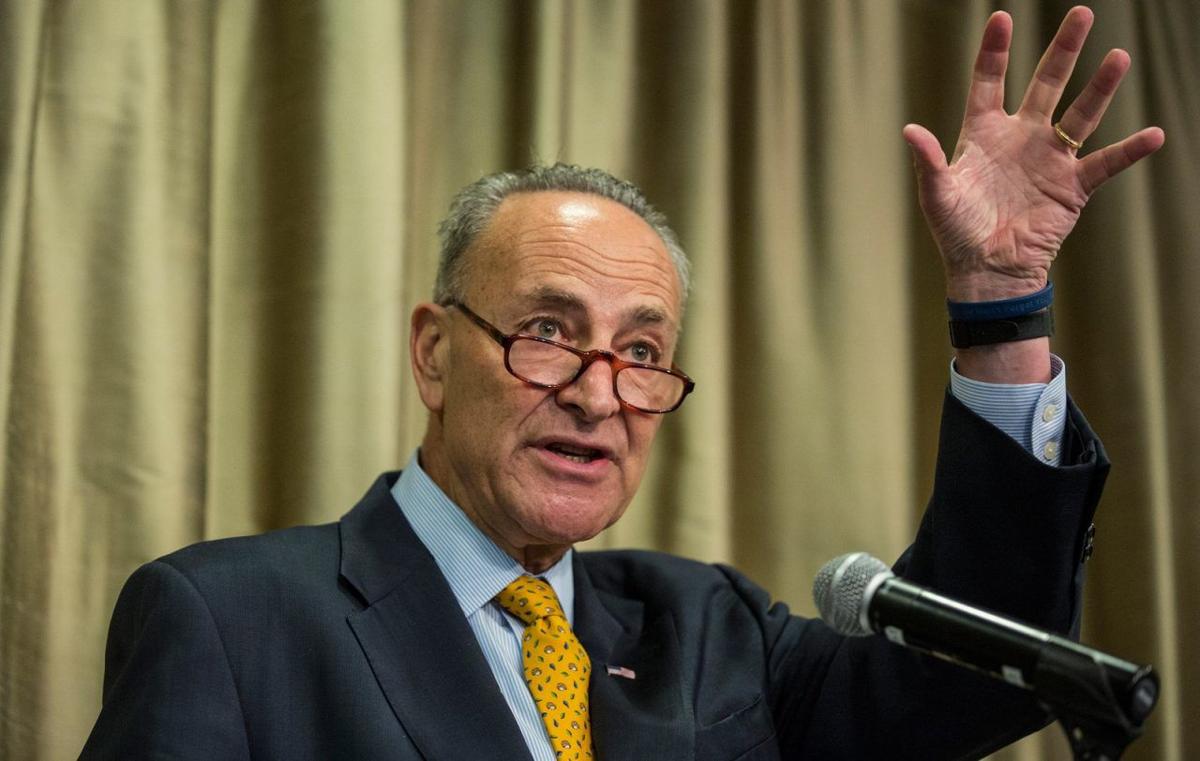 Sen. Charles Schumer said he wanted Buffalo attorney Kathleen M. Sweet for the position but the White House had other plans. (Getty Images) 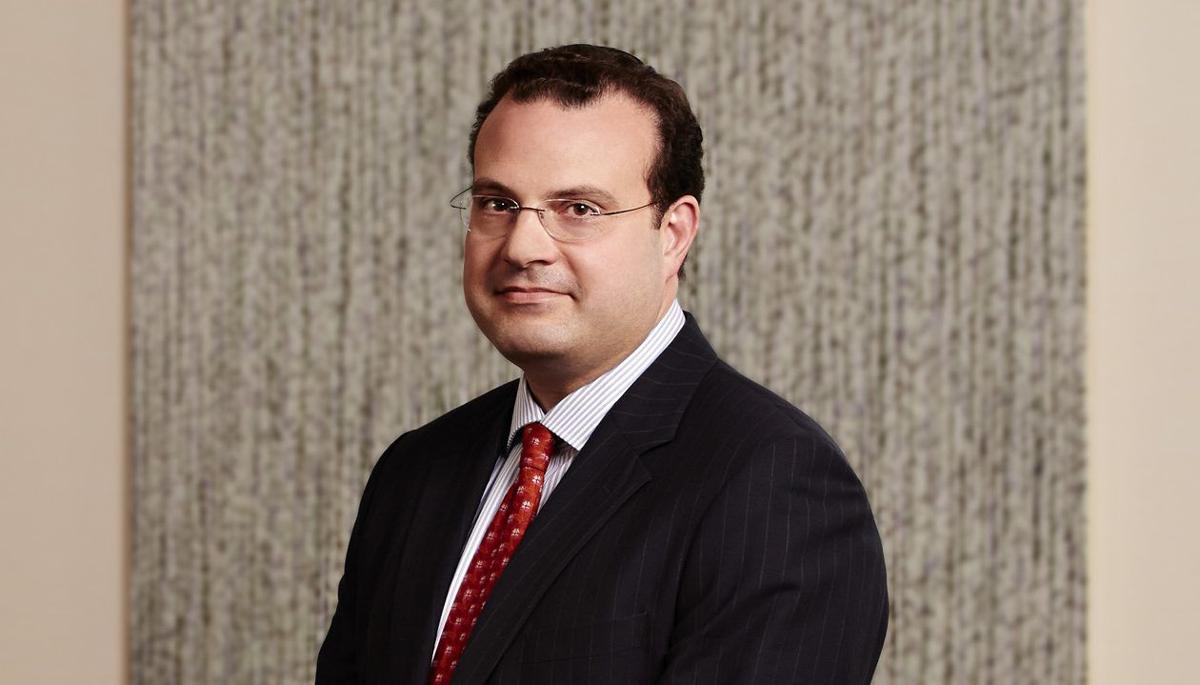 WASHINGTON – Senate Minority Leader Charles E. Schumer said Thursday that he pressed for the renomination of attorney Kathleen M. Sweet to be Buffalo's first female federal judge, but that the Trump White House insisted on nominating John L. Sinatra Jr. – a Republican being pushed by Rep. Chris Collins, R-N.Y. – for the judicial vacancy instead.

"I wanted her," Schumer, a New York Democrat, said in a telephone interview with The Buffalo News. "I told the White House she was my first choice in Buffalo. They came back and said they would not nominate her."

Schumer told the White House "she's the best you can have," but he said the Trump administration rejected Sweet – a Democrat nominated by Democratic President Barack Obama in 2016 – without offering an explanation.

That being the case, Schumer endorsed Sinatra's nomination.

“This nomination was the result of a sound, collaborative and bipartisan process that produced a well-respected and legally qualified choice with broad bipartisan support throughout Buffalo and the Western New York community," Schumer said in a statement.

The Sinatra appointment won praise from those who know him and from attorneys who will be happy that another full-time judge will help ease an overburdened court system.

But Sinatra's selection means Buffalo will not have its first female district court judge.

Sinatra's nomination prompted some concern among ethics watchdogs who noted that Sinatra's brother, developer Nick Sinatra, is a partner with Collins on several real estate ventures.

Sinatra's appointment was part of a package of 10 nominations to the federal bench that Trump announced Thursday.

Seven of those nominees were from New York State, including two – Magistrate Judge Gary Brown and Assistant U.S. Attorney Diane Gujarati – whom Obama had nominated in 2016 to serve on the federal bench in Brooklyn.

Schumer said Sweet was not the only recommendation of his that the White House rejected.

The nominations of Sweet, Brown and Gujarati were awaiting Senate confirmation when Trump's election in November 2016 upended the judicial selection process by putting a Republican in the White House.

But unlike Brown and Gujarati, Sweet did not win renomination – which disappointed Buffalo attorney Frank Housh, president of the Buffalo chapter of the liberal American Constitution Society.

"She is someone who is widely respected as one of Western New York's top lawyers," Housh said. "There's simply no reason not to renominate Kathleen if they're renominating other people."

The White House, as is its custom, did not comment on the reasons behind Sinatra's nomination, or that of its other judicial candidates.

Sources familiar with the selection process said that with Collins – the first House member to endorse Trump for president – pushing Sinatra, the White House refused to consider renominating Sweet.

Sweet told The News: "I'm disappointed, but I'm very happy for John, and I wish him all the best."

“John Sinatra is an impressive, intelligent and fair individual who is held in the highest regard by his legal peers as well as our community," said Collins, of Clarence. "I have no doubt that he will serve the court with dignity and honor based on his principled understanding of the law. I applaud President Trump’s decision to nominate him, and I look forward to seeing John’s expeditious confirmation by the Senate.”

Kenneth A. Manning, a Democratic lawyer who has worked both with and against Sinatra in the courtroom, said the judicial appointee has the perfect temperament to be a judge.

"He's a very solid lawyer, very balanced, and a good man," said Manning, a partner in the Phillips Lytle law firm in Buffalo. "He's patient and he works hard."

Sinatra's appointment brought a sense of relief from Buffalo lawyers suffering under the weight of a case backlog in Buffalo's federal courts.

That backlog has grown since Judge William M. Skretny – whom Sinatra would replace – moved to senior status in 2015. Federal statistics for 2017 show that criminal cases in the Western District of New York took more than twice as long to resolve as the national median. Civil cases that went to trial took more than twice as long, on average, in Buffalo than they did nationwide.

"There's been a significant need to have that vacancy filled for a significant period of time," said Melinda G. Disare, president of the Bar Association of Erie County. "I think that a lot of lawyers will be happy to see the slot filled."

Nevertheless, the president of the Western New York Chapter of the Women's Bar Association of New York State expressed some disappointment that Buffalo still won't have a female federal judge.

"There's a lot to be gained by having a diverse bench," said Anne E. Joynt, head of the women's lawyers group and a junior partner in the Buffalo law firm Lipsitz & Ponterio. "The fact that there's no female judge in the federal court in Buffalo poses a problem for the administration of justice."

Ethics watchdogs questioned Sinatra's appointment in light of the fact that Collins is a business partner with Sinatra's brother. Federal records show that as of last December, Collins had invested between $3.5 million and $13 million in Nick Sinatra's real estate venture. Those business dealings produced between $65,000 and $350,000 in income for the congressman last year.

"What role did Collins play in seeking this nomination, and how much of it was influenced by his relationship with Nick Sinatra?" asked Robert Galbraith, senior research analyst at the Public Accountability Initiative, a Buffalo good government group.

"Collins, who regularly seems to mix business with politics, has been promoting Sinatra largely because he is the brother of Collins’ business partner," said Holman, whose complaint against Collins helped produce a congressional ethics investigation into the lawmaker's touting of an Australian biotech firm in which he is invested. "Government service – including serving as a federal judge – should be free from such conflicts of interest."

Collins' aides have long denied that there's any connection between the congressman's partnership with Nick Sinatra and his advocacy of John Sinatra for a federal judgeship.

"John Sinatra Jr. is a good attorney with a great legal mind," Sarah Minkel, Collins' spokeswoman, said last December. "His resume and background speak for itself, and he has strong support in the community."

He certainly has strong support from Daniel C. Oliverio, a political independent who is chairman emeritus of Hodgson Russ, the Buffalo law firm where Sinatra serves as a partner.

Before joining Hodgson Russ, Sinatra, 46, served as senior counsel in the U.S. Department of Commerce and as an associate in the commercial litigation practice group at Jones Day, a Cleveland law firm. He's also been associated with the Federalist Society, a conservative legal group, since law school.

"Can someone please look at his resume?" asked Oliverio, who added that Sinatra would have been well-qualified for a federal judgeship even if he had been an only child.

Airbus A340 plane lands in Antarctica for the first time

Matthew McConaughey will not run for governor of Texas

Matthew McConaughey will not run for governor of Texas

Sen. Charles Schumer said he wanted Buffalo attorney Kathleen M. Sweet for the position but the White House had other plans. (Getty Images)