The New York Democrat, in a 20-minute phone call, pitched Samsung senior executives on the benefits of building the chip-making plant at the 1,250-acre Western New York Science and Technology Advanced Manufacturing Park, known as STAMP.

“Our world-class Western New York workforce, combined with New York’s considerable experience in semiconductor manufacturing and R&D, means STAMP is tailor-made to be the home for Samsung’s new facility," Schumer said in a statement to The Buffalo News. "I stand ready to help Samsung harness all that the federal government has to offer to continue to lead the tech industry and position New York as a global hub of semiconductor manufacturing.”

The Wall Street Journal reported over the weekend that a site in Genesee County is one of five possible locations Samsung is weighing for the new semiconductor fab plant the company would construct in the United States, along with two in and around Phoenix and two others in and around Austin, Texas.

The chip-making plant would have up to 1,900 workers and could open as soon as October 2022, the newspaper reported.

The federal government has made it a priority to boost domestic manufacturing of semiconductors.

The United States, which produced 24% of the world’s semiconductors in 2000, now makes just 12% of the global total while China, as just one example, has seen its share rise from zero chips to 16% of the world supply, Schumer said.

Schumer last month won passage of legislation that for the first time provides federal incentives to semiconductor fabs to build in this country, a move that he said would allow the United States to better compete for new facilities like the one proposed by Samsung.

Schumer, in the phone call with Samsung officials, mentioned this legislation along with the benefits of the Genesee County site: Low utility costs, access to the Thruway and the Buffalo Niagara International Airport and proximity to workers and colleges in Buffalo and Rochester.

The vacant, shovel-ready STAMP industrial campus "is specifically designed for large-scale fabs and provides maximum flexibility in layout and infrastructure connections," he said.

Schumer visited the STAMP site in August to tout the semiconductor legislation and has previously lobbied federal agencies to grant approvals required to make way for development at the site.

About $50 million is committed to designing and building infrastructure at the STAMP site and otherwise preparing it for future occupancy. This includes everything from site acquisition to required environmental reviews to laying water lines and other utilities at the site, according to the Genesee County Economic Development Center.

Samsung did not immediately respond to a request for comment late Thursday morning.

Projects of this nature are cloaked in confidentiality at this stage of the process. Representatives of the Genesee County Economic Development Center and the Empire State Development agency have declined to directly comment on the potential Samsung facility.

"We’re working closely with all parties/stakeholders to put our best possible efforts together in this transformative economic game changer for all of Western New York," Assemblyman Steve Hawley, a Republican whose district includes the site, said in an email.

The state has invested hundreds of millions of dollars supporting the chip-making industry in upstate New York.

GlobalFoundries has an advanced semiconductor plant in Malta, located about 30 miles north of Albany, that reflects about $15 billion invested in building the facility and outfitting it with high-tech equipment over a decade. It employs about 3,000.

And construction on a $1 billion semiconductor plant in Marcy, near Utica, continues during the Covid-19 pandemic. Cree expects to start production of its first silicon carbide wafers in January 2022, according to the Albany Business Review, and expects to have at least 600 workers at the facility by 2029.

The state will provide Cree a $500 million grant paid out as the company meets certain project goals.

"One thing is for certain, no other state in the nation combines the depth of talent, the array of existing semiconductor manufacturers, the robust supply chain and the fact that New York state leads the nation in shovel-ready fab sites to offer high tech companies an unparalleled opportunity to grow," said ESD spokeswoman Kristin Devoe.

Plug Power will build the facilities at the Science and Technology Advanced Manufacturing Park, known as STAMP, in the Town of Alabama.

The Editorial Board: State, federal delegations should join Schumer in bid for Samsung chip plant

We have plenty of brainpower available from numerous local schools, and Western New York is known for the strong work ethic among its residents.

Samsung will build a $17 billion semiconductor plant in the United States – but hasn't specified where yet.

Genesee County economic development officials had hoped to persuade the South Korean electronics giant to instead build the project at the Science Technology Advanced Manufacturing Park – known as STAMP – in the Town of Alabama.

The chip-making plant would employ up to 1,900 people and could open as soon as October 2022, according to a report in the Wall Street Journal.

Extreme cold weather in Afghanistan leads to over 160 deaths

Extreme cold weather in Afghanistan leads to over 160 deaths 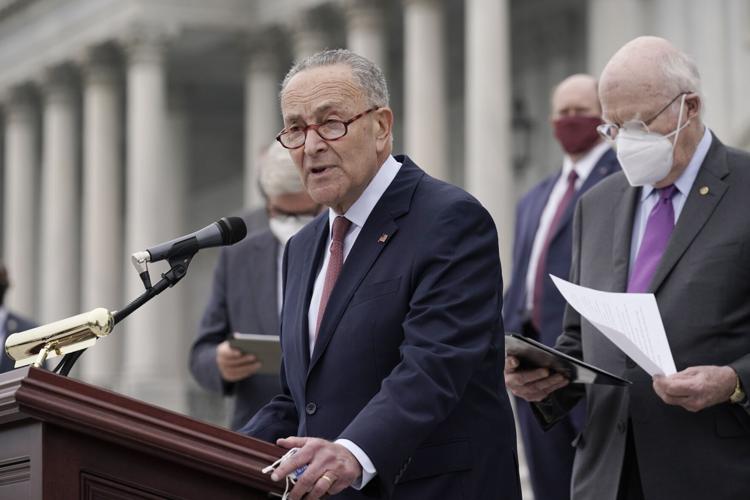 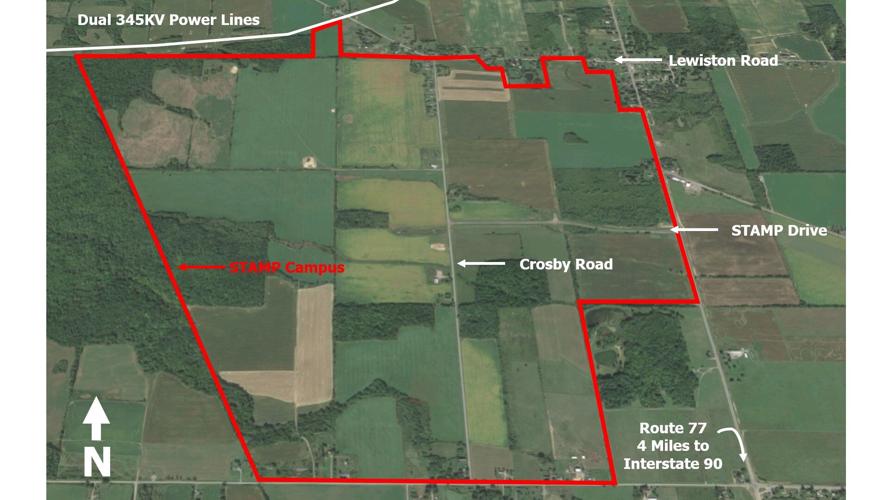