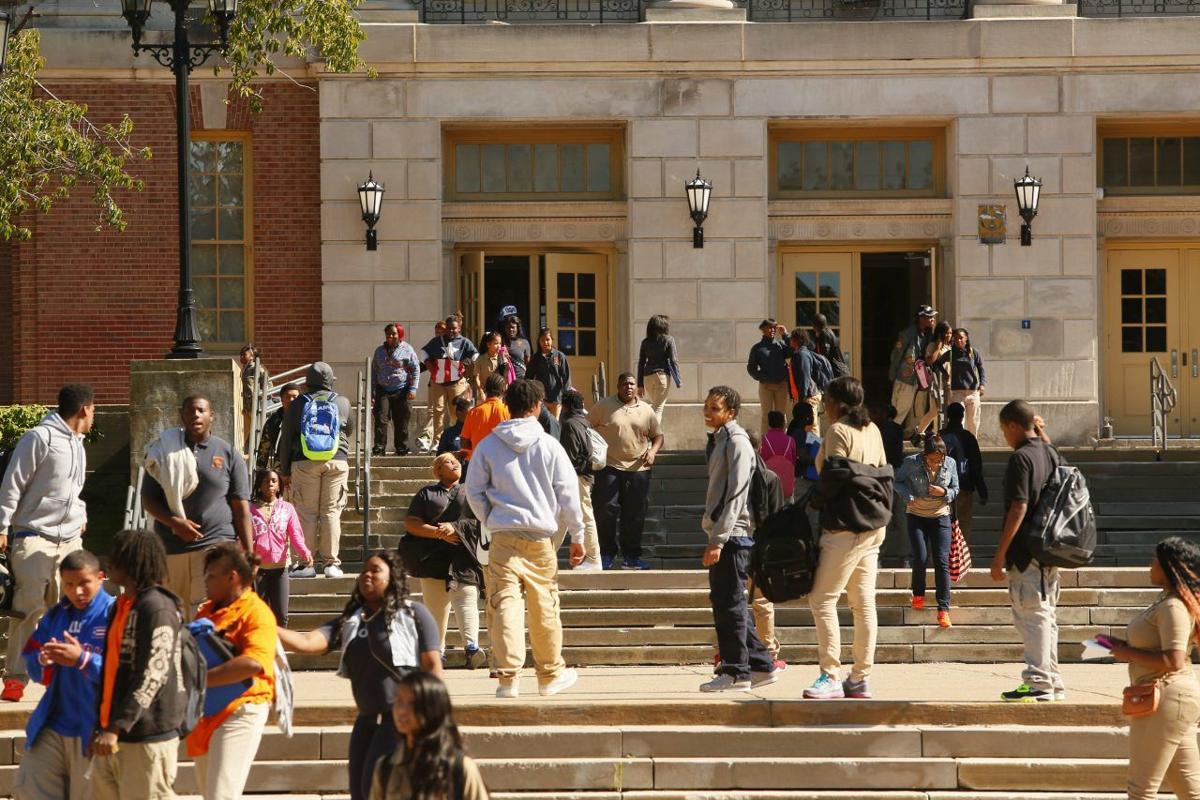 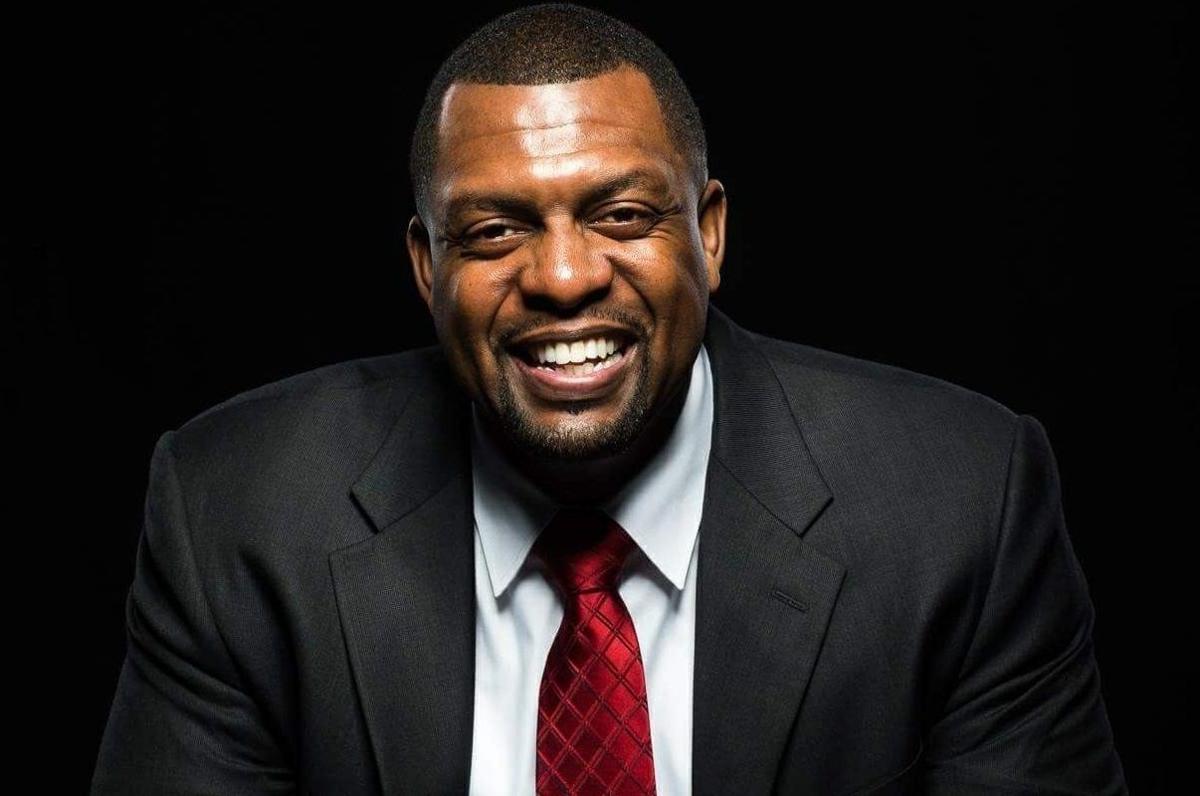 Graduation rates and state test scores are up at Rochester’s East High School while suspensions are down.

This improvement occurred at a school that, just a few years ago, was performing so poorly that the University of Rochester had to step in under a state provision that allows an "educational partnership organization" to take over a school that otherwise would be closed.

How did a school as bad as any in Buffalo turn itself around in the past three years? And what lessons does that hold for struggling schools here?

That’s what some parents and education activists want to know, and why they’re bringing East’s superintendent – Buffalo native Shaun Nelms – back to town Saturday to headline the Better Schools, Better Neighborhoods Conference.

Whether intentional or not, the conference title reflects what Nelms said is one key to improving schools: the linkage between the school and the community around it.

When he went to East, one of his first steps was a survey that included students, parents, residents and businesses around the school. What he discovered was a disconnect between students and staff, and parents who felt they were not an equal voice or even a welcome voice at the school.

He helped bridge that divide with a Family and Community Engagement Committee that gives all of the stakeholders – including parents and students – an equal voice. Beyond hosting dinners and conferences, the committee delves into school data and works with the State Education Department to make sure East is meeting its performance indicators.

In other words, parents are real partners.

Nelms said that was an adjustment for teachers, but under the takeover provisions, the educational partnership organization (EPO) could renegotiate contracts, make teachers apply to work at East and select those who embraced the new philosophy. He credits East’s teachers and said a key part was working with them and the university to develop a consistent curriculum instead of having teachers wing it.

"That’s been a priority of ours," said Nelms, an associate professor in UR’s Warner School of Education.

Other keys are having teachers post their lesson plans online to ensure continuity, and "support rooms" that teachers have to staff and that he calls "tutoring on steroids" to help students who need it. The school also implemented "restorative" practices that have helped cut suspensions, and started "family groups" that help kids deal with issues ranging from topical events to helping a friend grieve after a tragedy. Nelms said the groups have helped break down barriers between adults and students.

"Again, that doesn’t cost you anything," he said. "It’s things like that that you can easily implement in school – if you think it’s important."

The results at the new East have been impressive.

A graduation rate of 33 percent before UR took over is now nearly 61 percent three years later. Suspensions dropped from about 2,500 to 369 last year. And Nelms said the number of students scoring a 2, 3 or 4 on the four-level English language arts exam has increased from 18 percent to 41 percent, while the numbers in math have risen from 16 percent to 36 percent.

While Buffalo Superintendent Kriner Cash has pushed some similar changes – longer days, more supports, etc. – the transition from reforms on paper to improvement in the classroom has been less dramatic at most of the city's struggling schools. It’s the difference between theoretical commitment and real buy-in.

"We want to see if Shaun can give us some insights" to spark the kind of improvement East has experienced, said Samuel L. Radford III, director of the Community Action Organization of Erie County’s Masten Resource Center, which is sponsoring the conference.

The free event runs from 10 a.m. to 1 p.m. Saturday in Buffalo’s East Community High School, 820 Northampton St. It also will include workshops on land trusts, block clubs, gentrification and other neighborhood issues. But education will be a key focus. And Nelms, who was born on Dodge Street and graduated from City Honors, is already familiar with the city. In fact, he coauthored a recent Buffalo News Viewpoints submission on the need for inclusion at City Honors.

"We could have brought in some bigger name person who really didn’t know Buffalo," Radford said. "But we really didn’t want to have just a symbolic conference."

Radford, also president of the District Parent Coordinating Council, notes that Buffalo’s BUILD Academy faced the same predicament as Rochester’s East High and has partnered with the University at Buffalo’s Graduate School of Education. But he also thinks what Nelms has to offer will be applicable "across the board."

Though Buffalo outpaces Rochester as a whole on state exams, the number of struggling schools here means he’s right.

Granted, some of East’s reforms – like longer work days and more training for teachers, and more social workers and counselors – do cost more. While firm figures are hard to come by, Nelms guesstimates East might spend about $4,000 more per pupil to lift kids who start out so far behind.

But that begs the question.

Buffalo has to decide which kind of schools it wants.

The victim, who police did not identify Saturday, was taken to Erie County Medical Center and is expected to survive, police said.

The 778 new cases reported in the county on Friday made it the third-highest day since the county started tracking cases. Thursday was close behind, as the fourth-highest day.