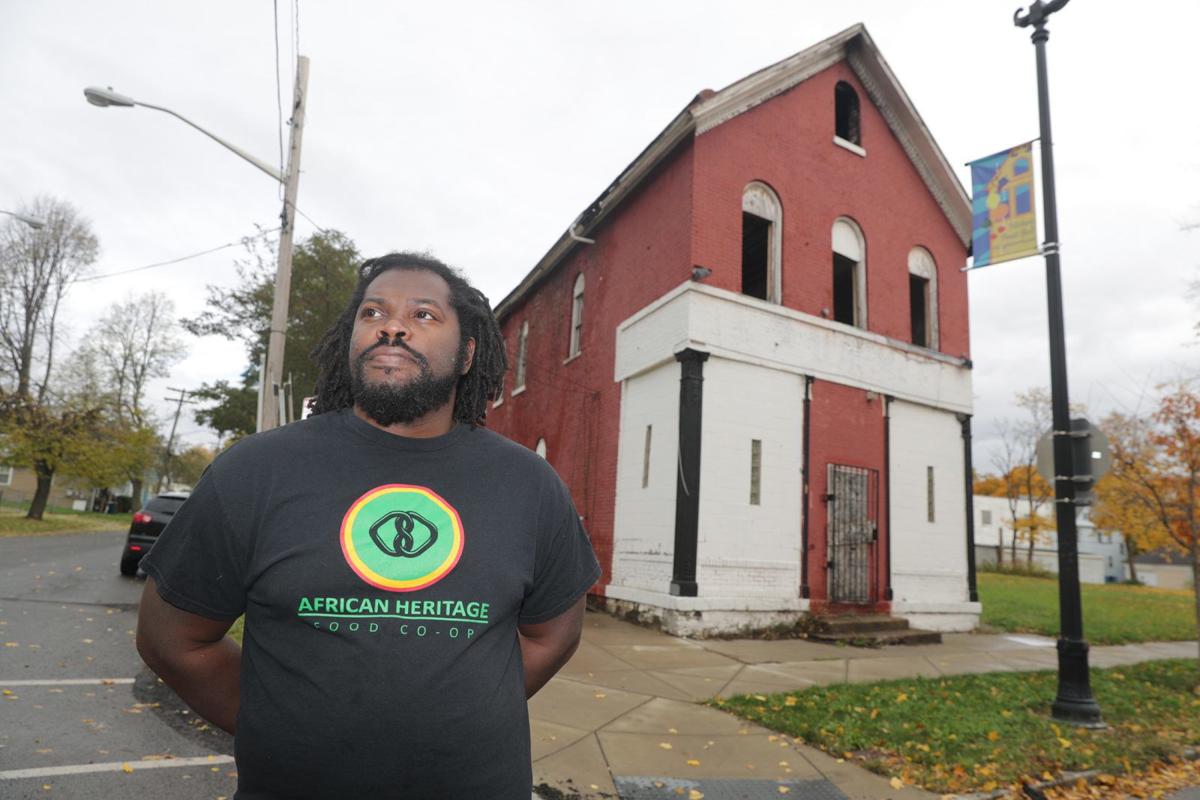 "They kept moving the goal posts," said Alexander Wright of the owners who purchased this burned-out building at 238 Carlton. "I just feel like they’re playing games." Wright wanted to purchase the building for his African Heritage Food Cooperative. (John Hickey/Buffalo News file photo) 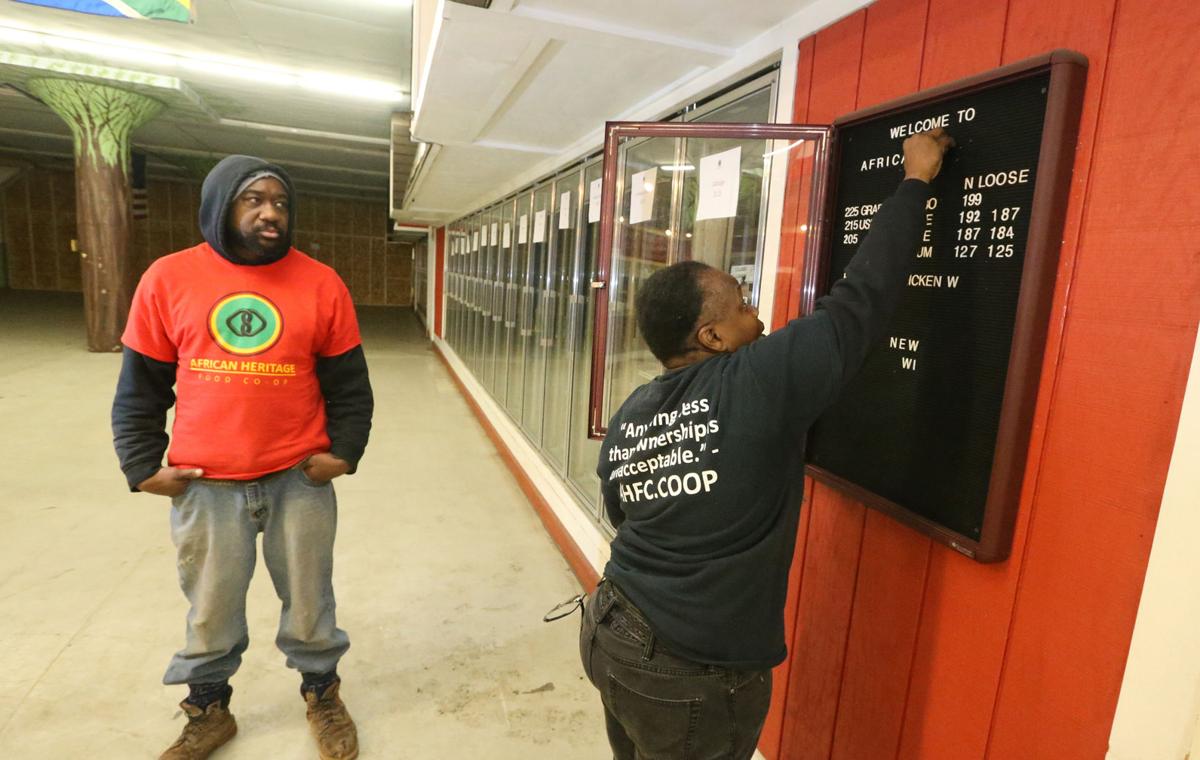 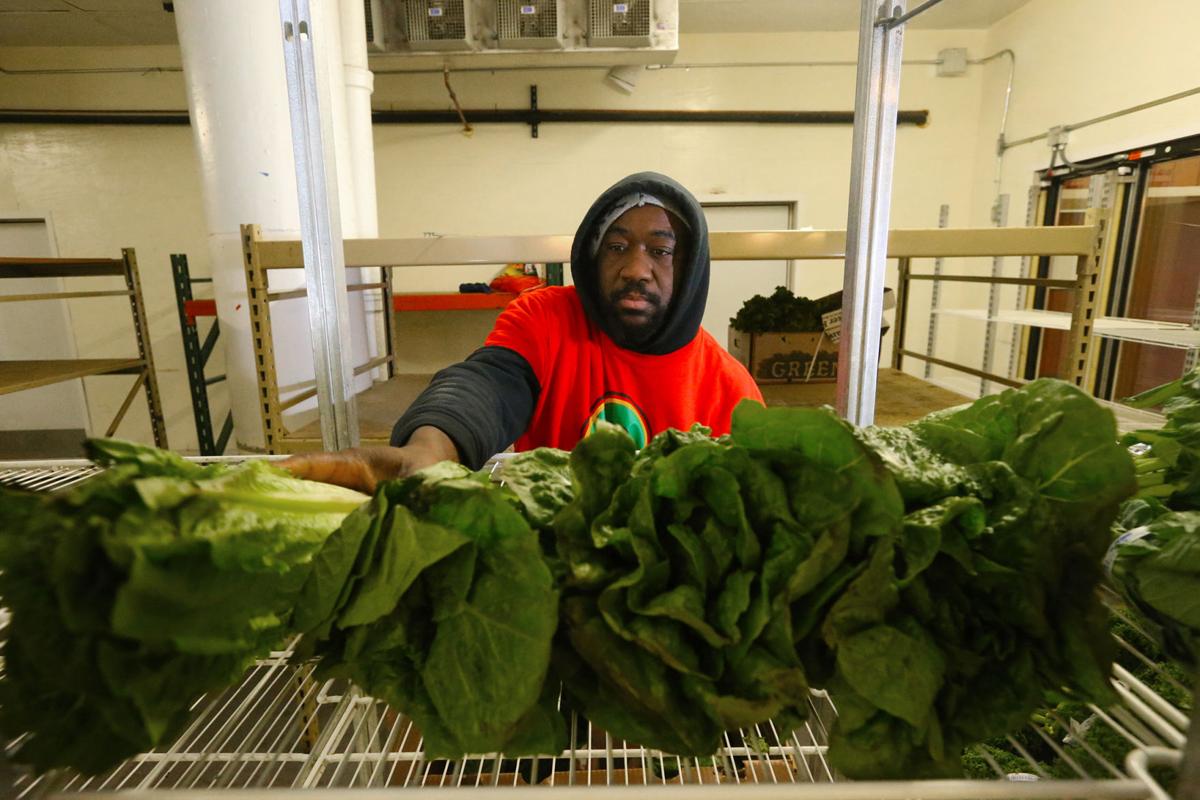 The eyesore still sits in the heart of the Fruit Belt – the same gaping holes in the roof and busted out windows and doors, a testament to the owners’ disregard for both the building and the community. The only difference now is that a lot more snow and rain have fallen inside since Alexander Wright tried to buy the building at 238 Carlton St. last fall.

Meanwhile, Wright’s community food co-op is slated to open March 9 in temporary space in the Niagara Frontier Food Terminal, Suite 98, on Clinton Street near Bailey Avenue. It will give the community a chance to eat healthy by buying fresh produce, fish, beef, beans, grains and dairy products at a decent price.

That’s the vision Wright had for the Carlton Street building through his African Heritage Food Cooperative, which last week opened a Highland Avenue site on land it purchased in Niagara Falls.

It’s not a fleeting vision. For the past three years, the co-op has been doing mobile food pickups, setting up at community centers, health care facilities and other neighborhood sites where people can pick up their orders on a monthly basis after the co-op buys the fresh food from farms and distributors. With both federal grants and financial support through the United Way, as well as backing from groups like Open Buffalo and the Fruit Belt Advisory Council, it is filling a community need.

But the co-op’s sign in the Clinton Street facility says it all: Anything Less Than Ownership is Unacceptable.

That is why it wanted to buy the burned-out building just east of the Buffalo Niagara Medical Campus that an entity called Borderland Advantage LLC purchased for $24,000 shortly after a 2017 fire. But despite doing virtually nothing to repair the building, Borderland wanted to gouge the community co-op by sticking to a list price of $50,000 or something close to it.

So Wright is opening up in leased space in the Food Terminal while he looks for another permanent site "deeper in the East Side."

"I’m sure there are other places in the Fruit Belt or on the East Side of Buffalo that we can find," he said.

Both the Buffalo and Niagara Falls sites will operate from 11 a.m. to 8 p.m. Wednesdays through Sundays with part-time staffers to start.

The Buffalo store in the former Willowbrook Farms site has about 6,000 square feet, much of it refrigerated shelving. There also is space for a Black Business Bazaar in which small businesses can set up tables and sell jewelry, baked goods and other items and services the first Saturday of each month in a bid to lift other entrepreneurs.

"It’s not just about us being successful, it’s helping the next business be successful," Wright said. "That’s the only way we’re going to stop poverty in our community."

Others apparently have a different vision.

Wright’s efforts to buy the Carlton Street building at a reasonable price had the backing of other community groups who were worried about speculators descending on the neighborhood to buy up property and then price it beyond residents’ means.

That certainly appears to be what’s happening on Carlton. Borderland lists a Getzville post office box and Muhammad Kariapper, who’s listed as an officer, also has a Getzville address. Boderland’s attorney, Kamalie Liyanage, responded by text and would not provide a contact number for Kariapper. She wrote that Borderland was waiting on a written offer from the co-op and then learned via the media that it had found another location.

Previously, she had noted that Borderland followed through on its purchase despite the fire. In her text, she added that the building had been vacant for years and anyone could have purchased it; but despite the owners’ efforts, which saved it from demolition, "they get villainized in the press."

Wright said there was little point in making a written offer when the owners were seeking something in the high $40,000s, which was more than the co-op could afford.

That jibes with what Liyanage had told me in November, when she dismissed the co-op’s offers as "peanuts" and said vacant land in that neighborhood was being sold for $75,000.

And that’s exactly what community groups have been warning about as gentrification and flipping take hold, especially around the Medical Campus.

Now 238 Carlton sits as a blight on the community, something that would never be tolerated in Getzville.

Undaunted, the co-op presses on. Wright said it got a federal Housing and Urban Development grant through the city to buy and open the Niagara Falls site. A grant from General Mills through the United Way of Buffalo and Erie County is helping it lease space for the temporary Buffalo location until it can find a permanent site here. In both cases, the goal is to help eliminate "food deserts" in the inner city.

The co-op wants to provide healthy food at a reasonable price to a community without a lot of other options – and that makes what’s happening with 238 Carlton especially hard to swallow.

"They kept moving the goal posts," said Alexander Wright of the owners who purchased this burned-out building at 238 Carlton. "I just feel like they’re playing games." Wright wanted to purchase the building for his African Heritage Food Cooperative. (John Hickey/Buffalo News file photo)