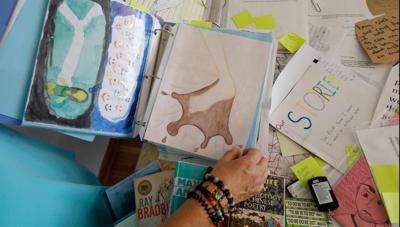 Long before Critical Race Theory burst into the headlines, JoAnn Tenebra employed the concept by another name: good teaching.

Her approach: Use whatever kids say is going on in their lives, then research something that can be used in class to explore that topic.

In the Niagara Falls School District – roughly 35% Black, 8% Hispanic, 13% multiracial and 80% low-income – that research often led to authors and artists of color and resulted in discussions of race, power and inequity.

The results of that emphasis on diversity can be seen in student essays and artwork on the former English teacher’s dining room table, including one note that said simply, “Thank you for making an effort, when no one else cared to.”

Now Tenebra, who retired in 2019 after three decades of educating students, muses about trying to educate the critics of dealing openly with race in the classroom. What would she say to them? She knows they don’t want to hear how the country was built on the backs of people brought here in chains.

“So I would say to them, ‘I would like you to spend a day at my kitchen table and look at the beautiful tapestry of humanity,' ” said the second-generation Italian American.

That tapestry is the country’s future. But apparently it’s also a threat to those who think the only mention of “race” should be when discussing NASCAR. The backlash can be seen in videos of heated school board meetings across the country, as well as in Fox News’ attacks on the Buffalo Public Schools for their Culturally and Linguistically Responsive Initiative to make education more relevant to students of color, a luxury white critics can take for granted while trying to protect the status quo.

Tenebra, on the other hand, nudged kids to think – which is always a threat to reactionaries.

She used a “60 Minutes” segment on whether babies are born with an innate sense of right and wrong to spark a discussion on the origins of selfishness, prejudice and morality. Then she had kids write about it from their own perspective.

She credits the Niagara Falls district with giving teachers the freedom to create these kinds of lesson plans. Rather than indoctrinate students in sugarcoated Pablum, it gets them to think for themselves and sort through tough issues. In doing so, they recognize that America’s greatness – such as it is – lies in our ability to honestly grapple with and correct societal mistakes rather than pretend they are of no consequence.

While such lesson plans would no doubt draw screaming parents to overheated school board meetings in other districts, Tenebra said she never got complaints from the administration and only two from parents. One was from a father upset after hearing his son say he was watching movies in class. The other was from a mother after Tenebra had students discuss an article by a Black writer advising parents against sticking their kids with the “burden” of ethnic-sounding names.

In both cases, she said, any controversy was defused when she explained the point of the sessions. She said Niagara Falls school officials know most teachers – who live different lives from their pupils – are trying to spark thought in students, not just go along to get along.

Falls Superintendent Mark Laurrie said the district has been taking an inclusive approach to education for years, though without labeling it.

“When you say ‘Critical Race Theory,’ it becomes immediately polarizing,” he said.

Instead, the district simply focuses on “teaching students to face a world that is extremely diverse. If we don’t, we’re doing them a disservice.”

That means giving teachers the freedom Tenebra cherished – within reasonable parameters – to engage students, recognizing that education can occur at opportune moments “and you have to seize those moments in time,” the superintendent said.

“She was empathetic and cared about the kids,” said Laurrie, who also was Tenebra’s principal for six years, “and that’s why they listened and learned from her.”

The results of her “constructionist” approach to education – letting student responses drive lessons – can be seen in some of the powerful pieces her kids produced to grapple with issues real to them, like the lines penned by a high school senior inspired by the Shel Silverstein poem “Picture Puzzle Piece”:

“People  – like puzzle pieces – try to fit in, and find their true purpose. Yet, like pieces in a puzzle, people often push themselves to fit in, find they are oddly placed, and have a peculiar feeling of being in the wrong spot.”

Another young lady was motivated to give her brutally frank take on misogyny:

Yet that young lady also had a shining sun in the upper corner of the artwork accompanying her essay.

Then there’s the drawing one kid produced when discussing an Emily Dickinson poem about darkness: shells ejecting from the magazine of a semiautomatic handgun.

That’s not an image the critics’ kids will have in their heads – or have to worry about in their lives – yet they would proscribe talking in school about how we got here as a society. Tenebra remembers the observation when she asked a colleague how the woman taught history without discussing the savagery of history: “You can’t get to here, without going back to there.”

That’s why, even in retirement, she’s rankled by “All these people saying, ‘Don’t teach this; don’t teach that.’ ”

Along with the so-called classics, her kids read Nelson Mandela and Cornell West, and listened to Nancy Wilson along with Frank Sinatra. The goal: “Just getting kids to think.”

It’s a good bet kids with this kind of well-rounded education grounded in diverse perspectives and lived experiences will not grow into the type of adults who, ignorant of history because of how they themselves were mistaught, would be storming school board meetings demanding that education be whitewashed.

How important are efforts like Tenebra’s to ensure that kids learn how the country really was built? On whose backs? And the consequences of that today?

The current effort to curtail voting rights is a perfect example, constituting a throwback to the tactics of the 1950s and ’60s. It underscores the wisdom of 19th century philosopher George Santayana’s warning that “Those who cannot remember the past are condemned to repeat it.”

That also applies to those who never learn the past in the first place.

Rod Watson: On her way out, student rep has lessons for Buffalo School Board

Her most important accomplishment may be in having the courage to shine a spotlight on the role of the School Board's student representative.

Rod Watson: Money talks – and says campaign funding is about more than ideology

"All of which brings to mind the aphorism that whoever pays the piper calls the tune. It has never been more true than in a campaign finance system that relies on private contributions rather than public funding," Watson says. 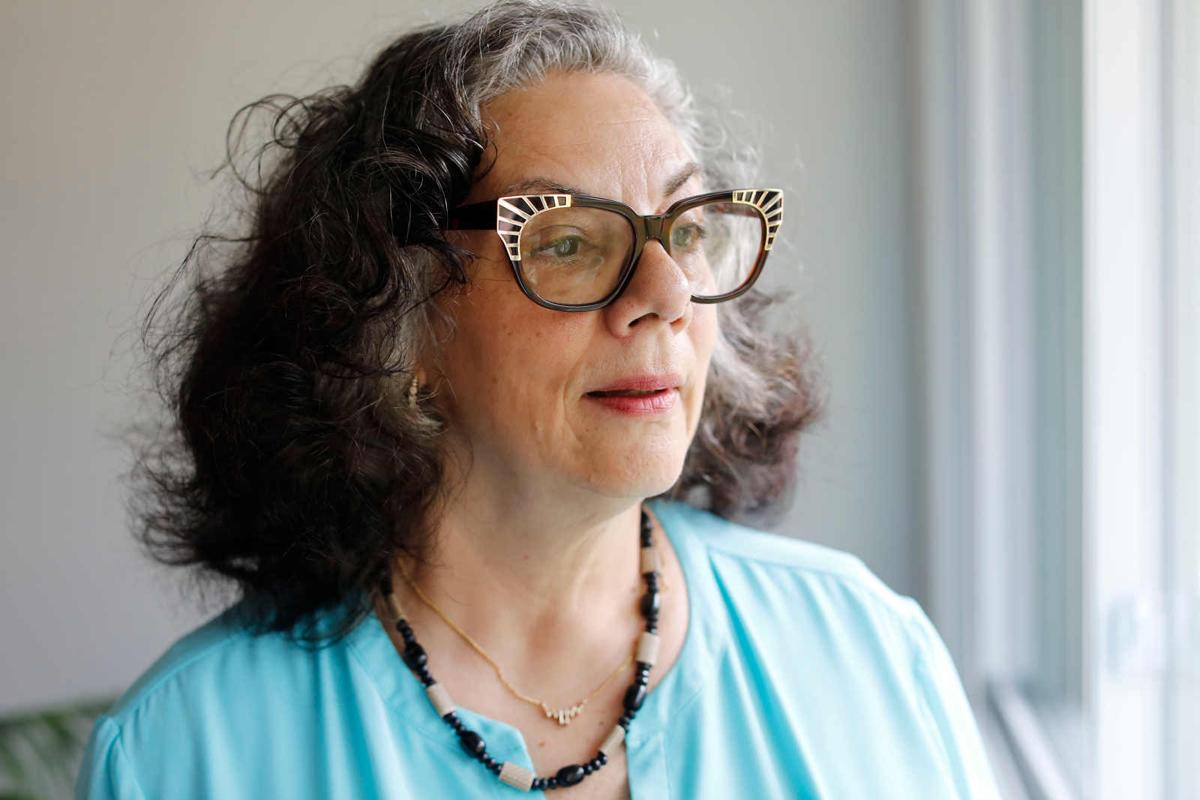 JoAnn Tenebra, who retired from teaching high school English in Niagara Falls, included discussions of race and social justice in all of her classes. 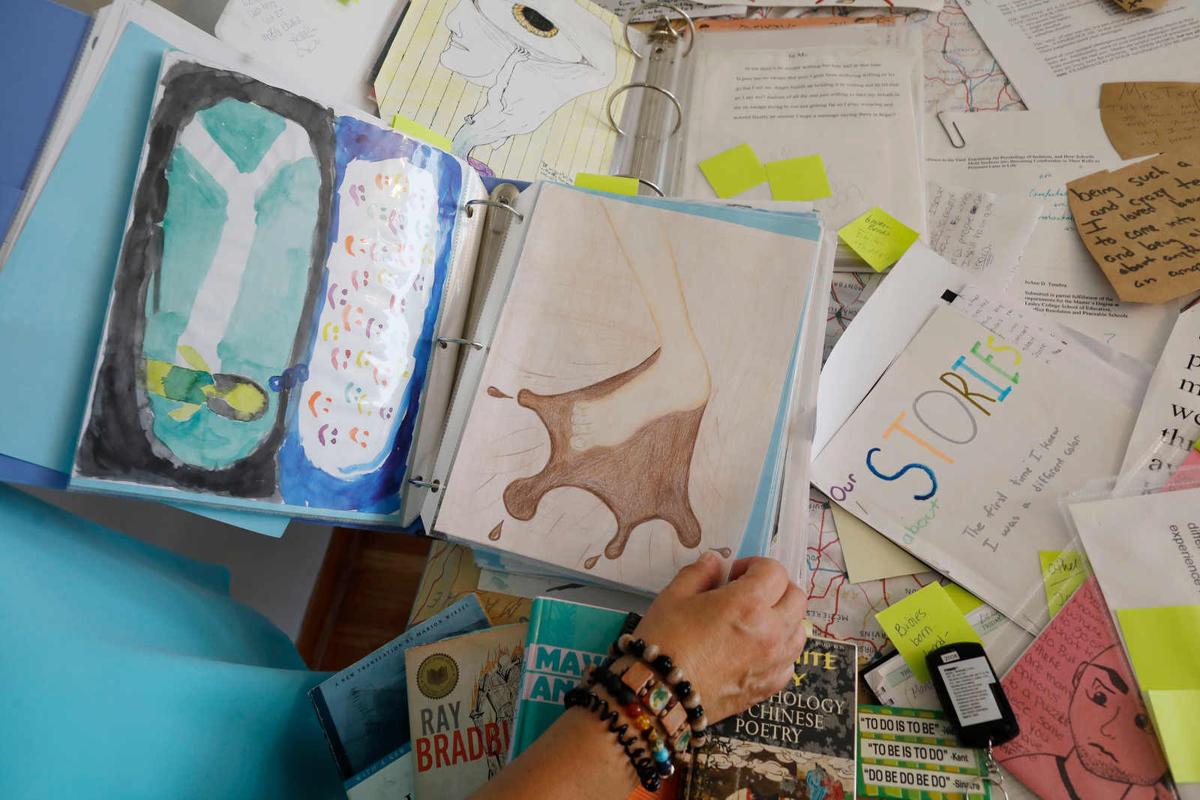 JoAnn Tenebra, who retired from teaching high school English in Niagara Falls, looks through a binder with drawings and essays from her students that explored such issues as race, violence or whatever was going on in their lives.