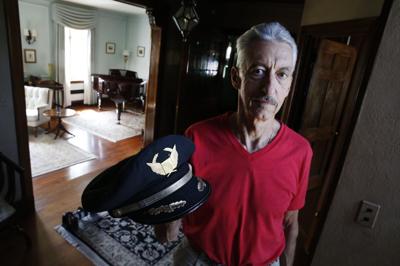 Continental Airlines Capt. Dave Kozak had never thought about using his cockpit fire ax as a weapon before. But there were a lot of things that had never happened before Sept. 11, 2001.

Like so many others, Kozak, a Buffalo native, recalls that morning's crystal clear sky. As he guided his MD-80 commercial airliner from Indianapolis toward Newark International Airport in New Jersey, off in the distance he could see the smoke. At first, he assumed it to be the smoldering remnants of a ground fire at the airport that he had glimpsed from the air the day before.

"The day before, we had flown from Florida into Newark and there was a small fire on the airport property. I don't know what was burning, and I had no reason to know that, but there was a fire on the Newark airport grounds that produced some smoke," Kozak said.

As his plane drew closer to New York, it was clear this was no small ground fire.

"Does anybody know what's going on in New York?" he recalled asking air traffic controllers. "We can see smoke from, it looks like Manhattan."

The controller informed him there were reports of a small aircraft that might have flown into one of the World Trade Center towers.

To Kozak, the amount of smoke visible made that explanation seem implausible.

"I commented to my copilot, 'if that was a small aircraft that accidentally flew into that building, he must have been carrying a cargo full of gasoline drums. That's way too much smoke for a light aircraft.' A light aircraft – I'm thinking a Cessna or some little civilian airplane that made a mistake – wouldn't be producing what I saw," Kozak said.

Of course, he was right.

With more than 30 years in the air, Kozak was an experienced pilot who knew his way around the skies. He grew up in Buffalo, where he was a 1964 graduate of Hutchinson Central Technical High School. After high school, Kozak said he felt fortunate to have been accepted into the U.S. Air Force Academy, from which he graduated in 1968.

"I went to pilot training. I spent 11 years on active duty, and then I spent 19 additional years in the Air Force Reserves. Most of that time was spent as a fighter pilot. I flew the F-4 Phantom for 20 years, including a year in Vietnam. When I transitioned from active duty in 1979 to the reserves, I was very fortunate to get a job flying with Continental Airlines," Kozak said.

By 2001, Kozak was living in Buffalo but based out of Newark, which was where he was headed in his single aisle airliner on the morning of Sept. 11.

"As we got closer to Newark and started to circle to land, we were told to expect a 20-minute delay," Kozak said. "I said, 'I can do that.' Then, as we got closer, they said now it's going to be closer to a one-hour delay getting into Newark, which I knew I couldn't do that. It was too long to wait."

Kozak gave his copilot, Mark Drent, control of the aircraft while he contacted the Continental Airlines operations center to coordinate a diversion to land elsewhere, since he couldn't wait an hour to get to Newark. His next trip from Newark was to Boston, so he suggested he be diverted there, a request that was immediately approved.

"The urgency in his voice suggested he wanted us to go right now," Kozak said.

Kozak flew a bit north of the airport, then turned east toward Boston.

"About the same time as we had started making this diversion, I got a call from my head flight attendant on the aircraft phone saying that she had just spoken to a passenger in first class who was using their air phone to talk to her husband on the ground in Manhattan, who said an airliner had crashed into the World Trade Center," Kozak said. "That's how I found out what really happened."

Drent recalls asking the visibly shaken flight crew member to remain in the cockpit so as not to set off panic among passengers.

"We immediately told her to strap in and lock the cockpit door," Drent, then 32 with six years of experience as a commercial pilot, said. "That was pretty much it."

Shortly after passing north of Manhattan – the city's iconic skyline as yet unaltered and still in view – Kozak and Drent saw a second fire. If they were looking out the windows, he suspects, passengers on the right side of the plane saw it, too.

The North Tower had just been hit.

"So now we knew it wasn't just one airplane, but that there was another one," Kozak said.

By this time, Kozak made an announcement to the roughly 125 passengers aboard his aircraft to tell them why the plane was not landing in Newark.

"I basically told them Newark airport was closed and that we were going to divert to Boston, and we didn't have enough fuel to wait for Newark to reopen," Kozak said.

He told the passengers he would provide more information once they got to Boston.

"As we proceeded on the way, I told my copilot, 'take a look at your watch, make note of the time and make note of the date because America just changed forever. We're never going to be the same after today,' " Kozak said.

If hijackers had boarded four planes, Kozak wondered, how many more were out there? And were any of them on board his flight?

He and his copilot began to arm themselves with what tools they had.

"We have several pieces of emergency equipment in the cockpit, as you might imagine. We have a fire extinguisher. We have a rope that enables us to climb out the window if we're trapped in the cockpit, so we can lower ourselves to the ground. We also have a crash ax," Kozak said.

"I told the flight attendant, don't come near the cockpit door ... because if anyone comes through this cockpit door, they're going to get hurt. She said, 'I understand,' " Kozak said. "That's why I had to say, it could be us. I'm not going to let us be the next flying bomb."

He immediately made an arrangement with his copilot to unfasten the fire ax and the fire extinguisher. He put the plane on autopilot in case they had to let go of the controls during a physical confrontation.

"I had the crash ax on my lap as we went into Boston and we had the flight attendant blocking the door," Drent said. Together, they were ready for "whatever we needed to do."

Their plane was among the last in the Northeast to land. Kozak recalled eerie radio silence.

"Usually there is a lot of radio chatter, and there was no one but us. It was very weird."

Drent described it like "landing into a black hole – nobody was departing."

Kozak said they were warned by air traffic controllers, who welcomed them to Boston, that they would be there for a while, as U.S. airspace was closed indefinitely to all civilian flights.

"After I got the news about the second tower being hit, that was the big clue that there was something significant happening. The only thing in doubt now was the scale," he said.

"There was some relief that the inflight part is over, but it was quite disconcerting for me about the future of this country. I mean, it was obvious that something significant in American history had happened, and we're dealing with it, and not knowing what it's going to be like. It was obviously a great unknown at that point," Kozak said.

Kozak, who continued to fly until his retirement at age 60 in 2007, said he didn't know how, but it was clear to him that American life would be different from then on. Upon his return to flying after the attack, security was so stringent a guard tried to confiscate a pen in his shirt pocket.

Looking back on Sept. 11 with a perspective shared by few others on that fateful morning, Kozak said he's grateful that the worst terrorist attack in American history wasn't actually worse.

"Overall ... we were very fortunate in that it could have been five times as many airplanes doing it, because it was such a simplistic plan," Kozak said.

'It was overwhelming': News readers reflect on horror, sadness of 9/11

On Sept. 11, 2001, Western New Yorkers, and Americans, experienced a range of reactions.

Several events commemorating the 20th anniversary of one of the darkest days in American history are scheduled across Western New York.

Irving Isenberg of Getzville heeded the call of duty on 9/11. His name is now immortalized

Two years after his death, Irving Isenberg is receiving recognition for his service on a statewide level at a state memorial to EMS workers in Albany.

A program titled "American Resilience: 20th Anniversary Commemoration to 9/11 Heroes" will be held at 7:30 p.m. Saturday.

Rudolph Giuliani was a hero before he was a punchline. Lisa Beamer was a wife and mother before she became a symbol of Sept. 11 — and though h…

Stacker reflects back on 9/11 and 20 ways life in the United States was changed by these terrorist attacks, using information from news report… 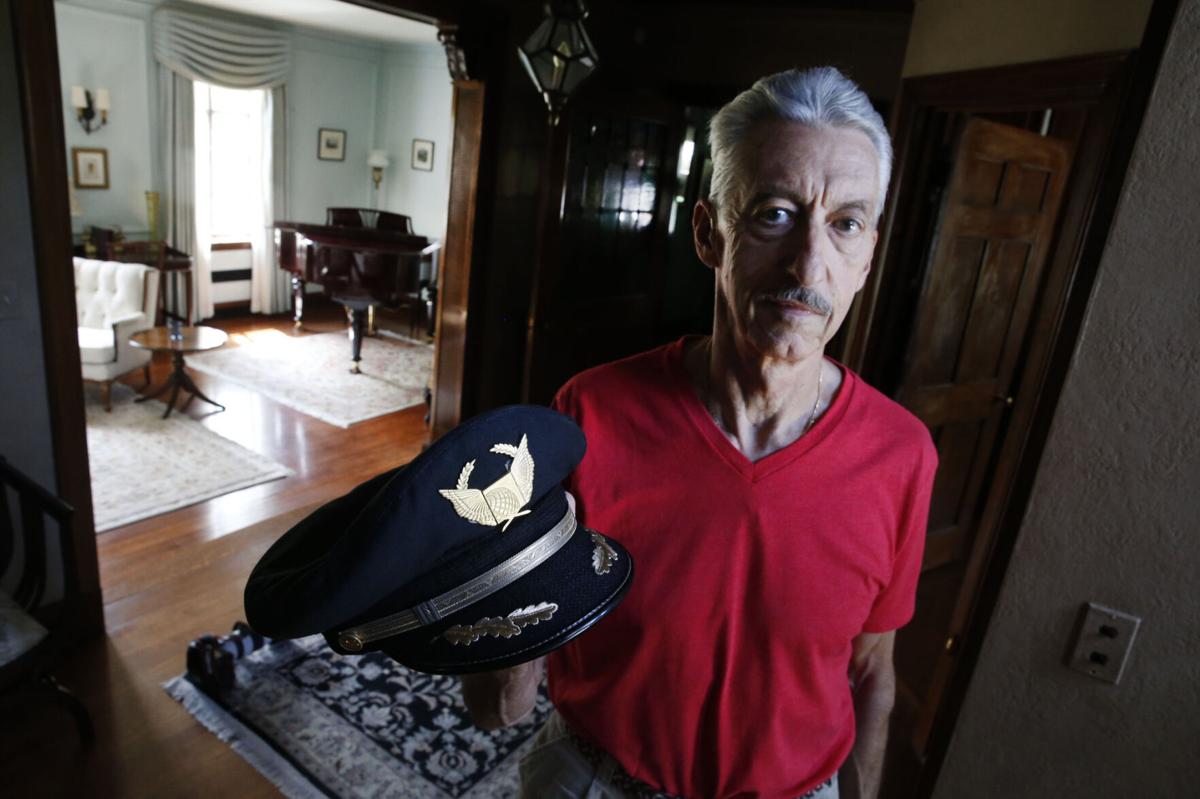 Dave Kozak, of South Buffalo, is a retired Air Force fighter pilot and retired commercial pilot for Continential Airlines. On the morning of 9/11, Kozak was piloting a jetliner into Newark, N.J. He was on approach to land, having spotted the smoking North Tower, when he was diverted to Boston. As he flew past Manhattan, the South Tower was hit. 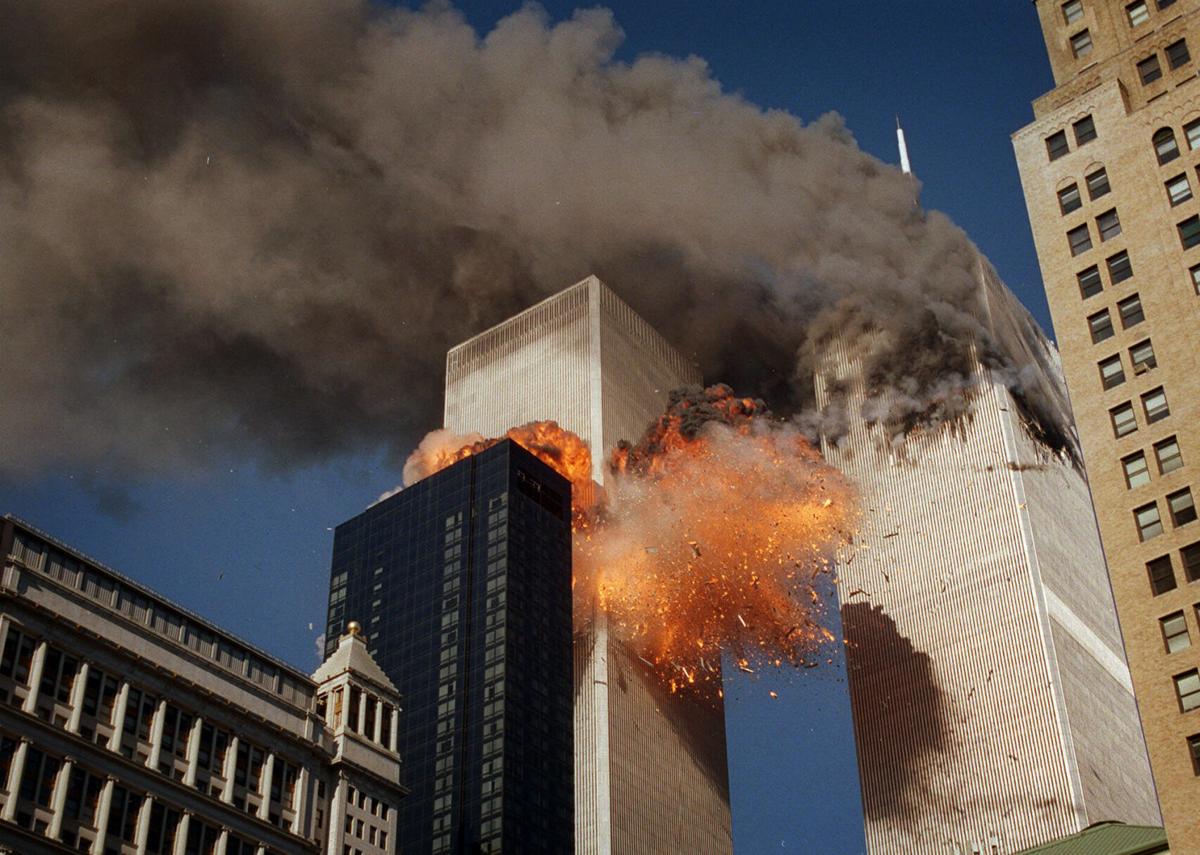 Smoke billows from one of the towers of the World Trade Center as flames and debris explode from the second tower, Tuesday, Sept. 11, 2001. Dave Kozak recalls seeing the smoke as he flew his plane toward Newark International Airport that morning.