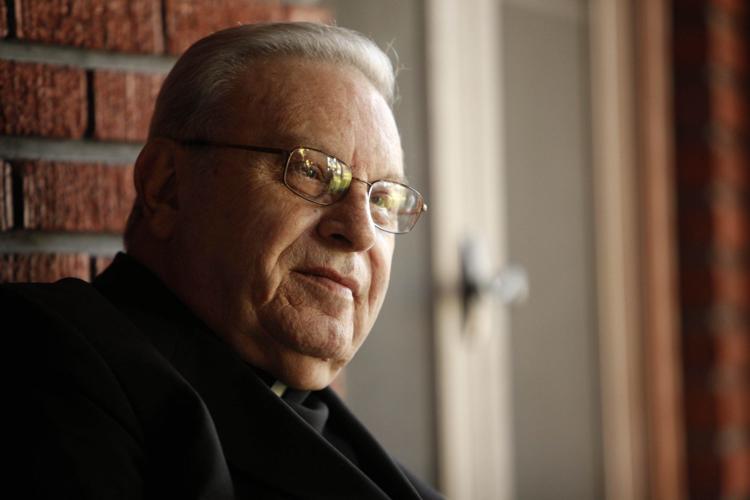 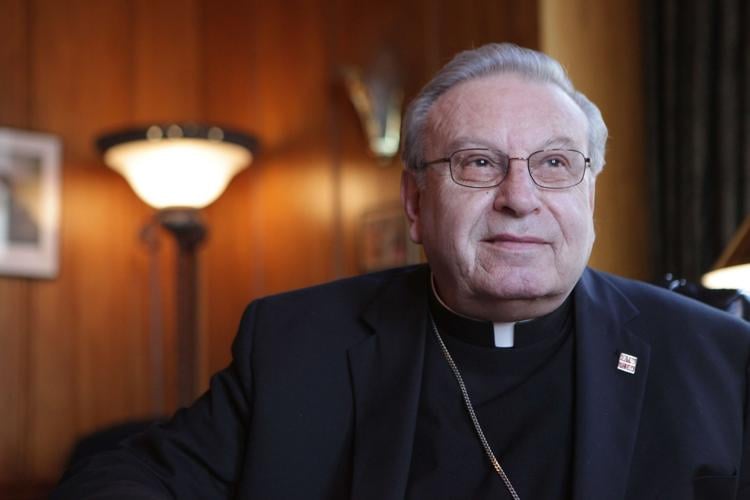 Retired Buffalo Bishop Edward U. Kmiec is being criticized for his handling of a clergy sex abuse allegation during his time as bishop of the Nashville Diocese.

The Survivors Network of those Abused by Priests of Tennessee said that Kmiec allowed the Rev. James A. Rudisill to retire as a priest in good standing and remain in ministry, despite the priest’s alleged admission in 1994 that he had molested a 12-year-old girl in the 1950s.

Kmiec was Nashville bishop from 1992 to 2004, and Buffalo bishop from 2004 until his retirement in 2012. He is now bishop emeritus of Buffalo and resides in the area.

A call to his residence was referred to Buffalo Diocese spokeswoman Kathy Spangler, who did not comment on the criticism of Kmiec.

The abuse is alleged to have happened in a closet of a Catholic school gymnasium in Nashville. The accuser is now 77 and lives in Kentucky, said Susan Vance, leader of SNAP Tennessee.

The woman wrote a brief summary of her experiences on a website maintained by SNAP, called HopeChronicles.org. She did not identify herself in the essay, in which she described meeting with Kmiec and the Nashville Diocese chancellor.

Kmiec told her in the 1994 meeting that Rudisill had admitted what he did, the woman wrote. She later met again with the chancellor and with Rudisill, who made the admission again and then asked her, "Why are you trying to ruin my reputation?" she said in the essay.

Kmiec subsequently did not report Rudisill to the authorities and did nothing to discipline the priest, said Vance.

U.S. Catholic bishops did not adopt until 2002 a policy that called for removal from ministry of any priests credibly accused of abusing a child. Prior to that, bishops routinely allowed accused priests to remain active and did not notify law enforcement authorities.

In Buffalo, Kmiec was among six bishops or auxiliary bishops who allowed the Rev. Brian M. Hatrick to remain in parishes for decades after a teenage boy complained Hatrick sexually abused him in the early 1980s. Kmiec, more than two years into his tenure, quietly removed Hatrick from priestly duties in 2007 without notifying the public of the accusation against him.

In Nashville, Rudisill retired in 1995 at age 68. It's not known whether he was forced to retired due to the abuse allegation. Rudisill died in 2008.

The Nashville Diocese in November identified Rudisill on a list of 13 priests who had been accused of child sexual abuse.

Vance said the list was “incomplete and wholly unsatisfactory.” The Nashville Diocese’s list included priest’s dates of birth and ordination, their assignment histories and their dates of dismissal and of death, if applicable. It does not spell out when abuse is alleged to have occurred.

A single credible abuse allegation was enough for the diocese to put a priest’s name on the list, said Nashville Diocese spokesman Rick Musacchio.

“We created the list from reviewing the files we have at the diocese,” said Musacchio. “We have encouraged anyone who knows of abuse to report it.”

The woman who accused Rudisill of abusing her said in her essay that the diocese identifying him as an abuser so long after the abuse was shocking.

“She called me in tears, saying, ‘How could they do this now, after all these years?’ ” said Vance, who said she has known the woman for 10 years.

A 37-year-old woman died Friday evening when she fell onto the deck of a railroad bridge, North Tonawanda Police reported.

A second property owner on Newhouse Road has launched legal action blaming the town, county and developer of a neighboring subdivision for severe structural damage that left the home uninhabitable.

Local law enforcement and a wide network of friends and family have narrowed the investigation to a Wales park, but have had no success locating the father of two.

Why corporations avoid some neighborhoods in Buffalo: 'It's not fair. But it is business.'

The May 14 mass shooting put a spotlight on the concentration of poverty and the lack of fresh, healthy food options on Buffalo’s East Side and disinvestment in Black communities.

Buffalo-area school districts trying to hire teachers are encountering something they’ve never seen in the public sector before: job candidates looking for the highest bidder.

The cost of safety: OT for stadium, arena security under scrutiny

Appointed Sheriff's Office administrators collectively receive more overtime pay, by far, than those in any other county department or elected office. Over the past year, they have collected more than $700,000 in overtime.

Another object thrown into home next door to Eden supervisor

The incident occurred next door to the home of Eden Supervisor Melissa Hartman, who in late March had what looked like a pipe bomb thrown into her home.

A group of religious leaders decried divisive rhetoric and conspiracy theories employed by ReAwaken America speakers, who spread falsehoods about the 2020 presidential election and the Covid-19 vaccine.

This 'smart fabric' can contract and lift weight just like muscles

This 'smart fabric' can contract and lift weight just like muscles

All you need to know about classified information

All you need to know about classified information