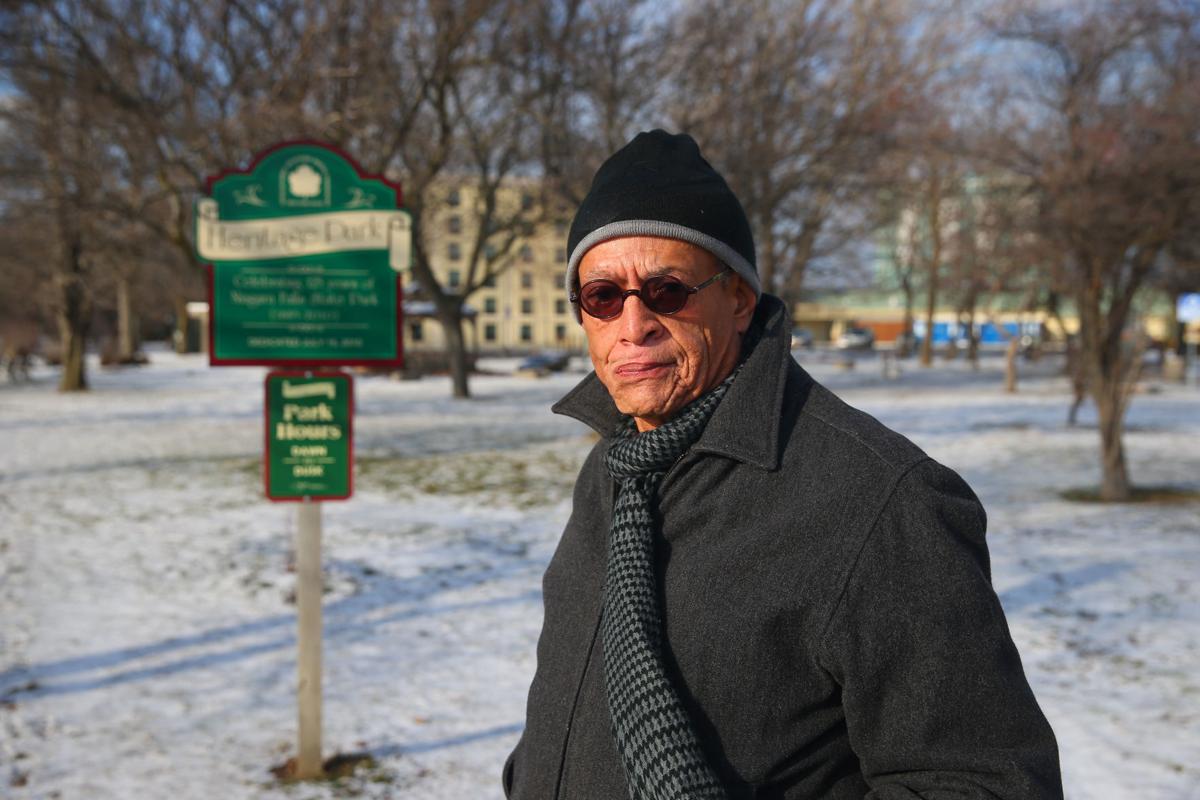 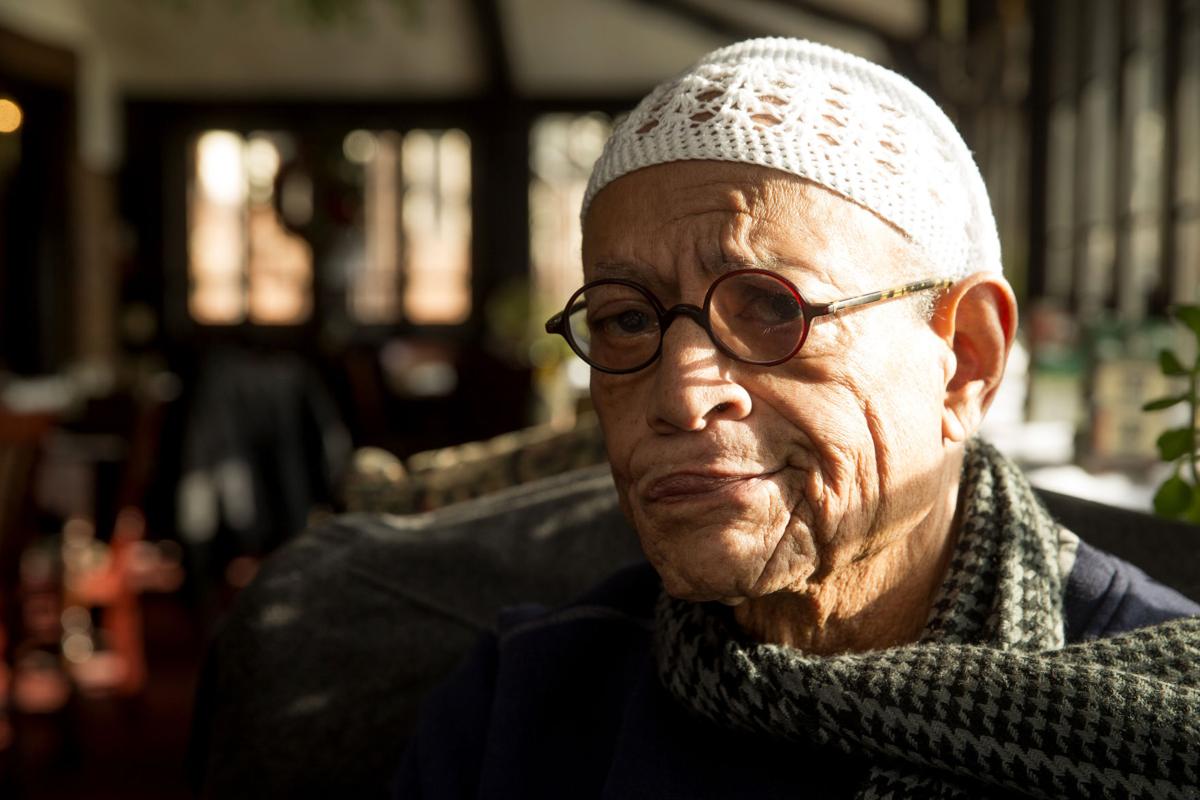 NIAGARA FALLS - William Bradberry, chair of the Niagara Falls Underground Railroad Heritage Area Commission, is a scholar of local history and a deep thinker on how that history has affected African-Americans, especially in his hometown of Niagara Falls.

He will be honored with the Civil Rights Achievement Award at the Rev. Dr. Martin Luther King Jr. Community Celebration at 6 p.m. Thursday, Jan. 19 in the Performing Arts Center at Niagara Falls High School.

Bradberry, 69, said his efforts to understand racism began at age nine, in 1957,  when a fire destroyed a three-story tenement in his Allen Avenue neighborhood, killing 18 people who were living in overcrowded conditions. Fifteen of the victims were children, some of whom were his school chums. It was one of the deadliest fires in the city's history.

"I still have a hard time talking about it," said Bradberry. "These are my playmates. They died and as I look back I think this really affected me. I started to ask, 'Why?'"

He said he wanted his family to move out of the neighborhood, which sat in the shadow of industrial plants that were belching soot onto the houses and into the family garden. He said he wanted to live on a street with trees and green grass, rather than a dirt yard. His backyard was the train tracks, the Buffalo Avenue factories. His neighborhood was 100 percent black and brown folks, said Bradberry.

"I wondered where were all the white people going, 'Why are we stuck here? Why can't we get out,'" said Bradberry. "My dad owned a garage. he made good money, just like the white people did. My mother said of those other streets, 'Those are white people streets.' But I didn't know what she meant."

Bradberry said when he was a child he didn't even know he lived in such a beautiful waterfront community because it was walled off by factories.

"If you are under 50 and grew up in Niagara Falls all you've seen is decline, the destruction of a once beautiful city," said Bradberry. "Instead of paradise it's a paradox. We took this God-given gift of water going over a cliff - discovered there was power in the water - and used the power to essentially build the factories that polluted and destroyed that city. They pooped all over our community and then left," said Bradberry.

Bradberry, one of eight children, attended Bishop Duffy, a private school in the city where he said he grew up mostly insulated from school yard racism, and then graduated from Niagara University and from the University at Buffalo Law School, graduating in 1979. He served as director of equal opportunity for the City of Niagara Falls and later for Erie County, before being appointed director of neighborhood revitalization by Buffalo Mayor James Griffin. A year later he became the deputy regional director for the New York State Division of Housing and Community Renewal.

In the early 1980s, he relocated to Palm Beach, Fla. and worked there for the Palm Beach County Planning Board, as a consultant to the MacArthur Foundation and for the Florida Department of Revenue.

He returned to Niagara Falls in 2005 and was city administrator from 2006 to 2008 under Mayor Vince Anello and during Mayor Paul Dyster's transition.

He served as a consultant to Niagara University’s Castellani Museum, helping create the Underground Railroad’s Freedom Crossing Exhibition that is now on display at the Niagara Arts and Cultural Center.

Bradberry sat with the Buffalo News inside the Red Coach Inn to talk about his plans to revitalize the city with historic tourism, including plans for an archaeological dig across the street in Heritage Park, the site where the historic Cataract House Hotel, famed for its role on the Underground Railroad, once stood.

Tell me about the site and the Cataract House Hotel.

Most of the roadway (around the small park) is man-made. These walkways were created in the 1960s by the New York Power Authority. The Cataract House Hotel would have sat right on the water. It was a big, sprawling place. They kept adding to it. This area was the hub of the community. It goes back to 1825, before Niagara Falls was a city. The city celebrates its 125th anniversary of incorporation this year. The Red Coach Inn didn't show up until 100 years later, but at the time of the Marquis de Lafayette visit in his red coach in 1820 this was a bustling center of a newly discovered region.

Why is Niagara Falls so important in the history of the Underground Railroad?

In the rest of the world, just down south of here, there's this thing called slavery going on and there's people trying to get out of there any way they could. Many found their way to Niagara Falls.

Niagara Falls became attractive to people in the south, particularly in 1850 when Millard Fillmore, a president from Buffalo, signed the Fugitive Slave Law. The law said anyone who helps these slaves escape, particularly across the border into Canada, was guilty of a federal offense. If you were an abolitionist and felt like the Marquis did, that all men were equal, this was a complete contradiction. It meant you couldn't help your fellow man. Across the street at the Cataract House, Gen. Parkhurst Whitney who owned the building, was deliberately hiring fugitive slaves to work as the waiters in his hotel. Only black men were working for him. He was a general. He was a hero in the War of 1812. But it was no longer safe to just escape, now you had to get all the way to Canada.

And the Cataract House Hotel appears to be  an important stop on the Underground Railroad.

Hundreds came here from the south to make their way to freedom every year. And this was a prestigious hotel. This is the place where presidents stayed. Abraham Lincoln stayed there, though he wasn't president yet. He was a senator from Illinois. He came here with is family several times.

What happened to the Cataract House?

Unfortunately it burned down  in 1945. But the good news for me, as a historian, is that the protocol of the day was simply to bulldoze everything into its own basement. That means all that stuff is still there. You can stand on it. I am working with Dr. Douglas Perrelli at the University at Buffalo Department of Anthropology and State Parks. We have finally got all the permits to begin an excavation some time in the upcoming tourist season. It will be an additional tourist attraction. Another tourist location is Oakwood Cemetery. A lot of those waiters are buried there and people don't know anything about them... In fact some people who grew up in Niagara Falls may be descendants of those waiters.

Another upcoming historic tourist attraction you are working on is the Underground Railroad Museum, which will be located in the historic Customs House next to the new train station. Now you are getting ready to open. When will that happen?

I'd like to open for the 2018 season. We started out as a Commission - 13 members appointed by the governor and the legislature. I became the president and we worked to put together a management plan, which we completed a few years ago. ...we are doing the primary research to investigate the presence of the Underground Railroad and the people who operated the Underground Railroad. We are documenting the history and will weave that history into the rest of the history of Niagara Falls. I'm convinced that all of our history should be rediscovered. We should be proud of our history  in Niagara Falls and nearby Buffalo and Rochester. This was a pretty important place.

And on Thursday you will receive the Civil Rights Achievement Award.

I am going to be standing on the stage in the final hours of the Obama administration on the 19th of January. It's a day when we recognize Martin Luther King Jr., who came to Niagara Falls twice. He was here in 1956 and spoke at New Hope Baptist Church, this was at the height of the Selma, Ala., incident. When he came here again in 1967, it was 50 years ago, just weeks before he was assassinated. I will be speaking on a day when the impact of this great man is still being felt in Niagara Falls.

The Rev. Dr. Martin Luther King Jr. Community Celebration on Jan. 19 is open to the public.  The featured speaker will be Dorothy Counts-Scoggins, who faced harassment in 1957 as one of four black students at an all-white school in Charlotte, N.C. Ron Anderluh will receive the Spirit of Dr. King Award and Grace Stewart will be awarded the Youth Civil Rights Achievement Award.