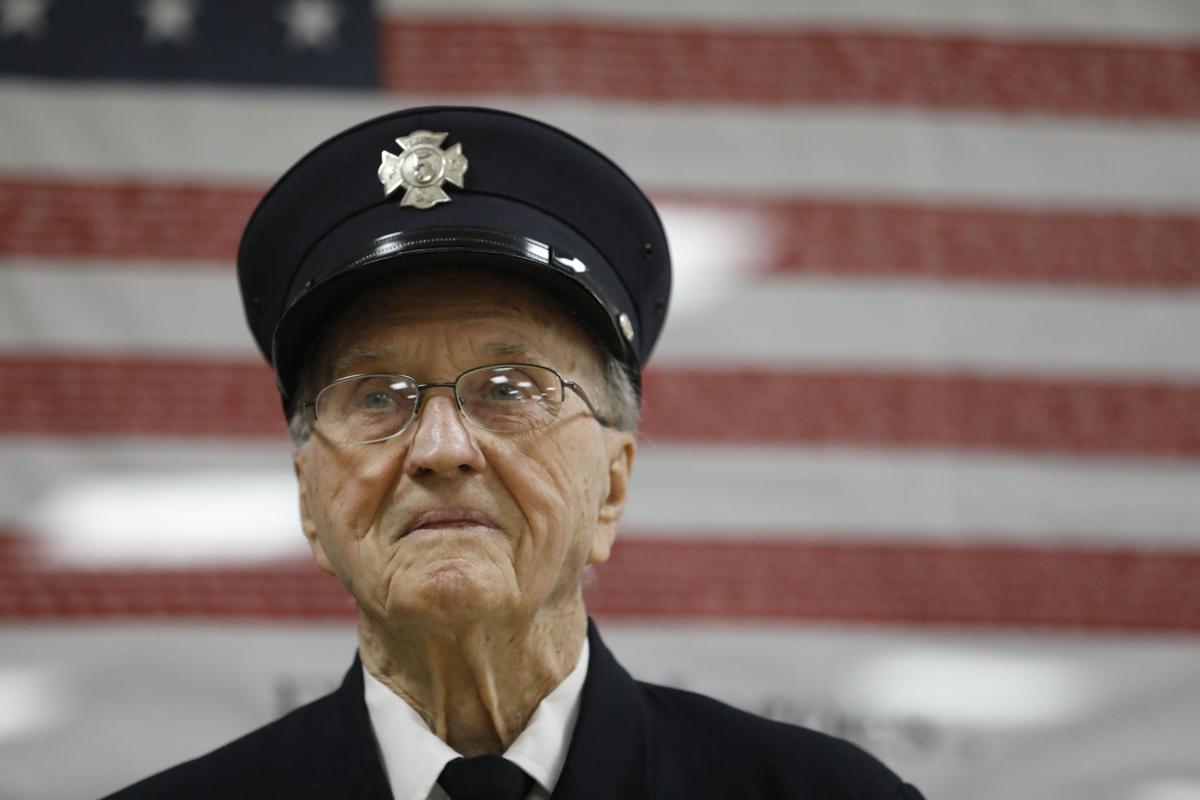 Army veteran Elmer Wienclawski, 99, in his uniform at the Brighton Volunteer Fire Company No. 5, where he remains an active member. (Derek Gee/Buffalo News) 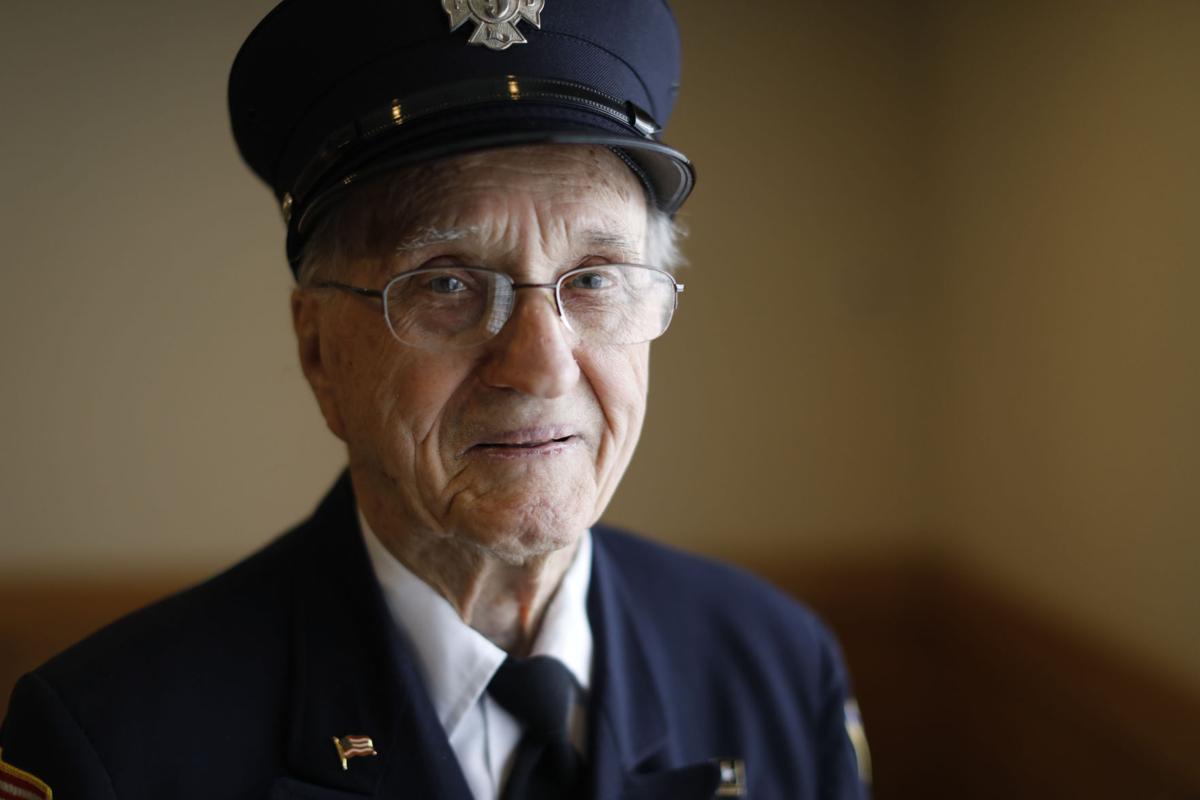 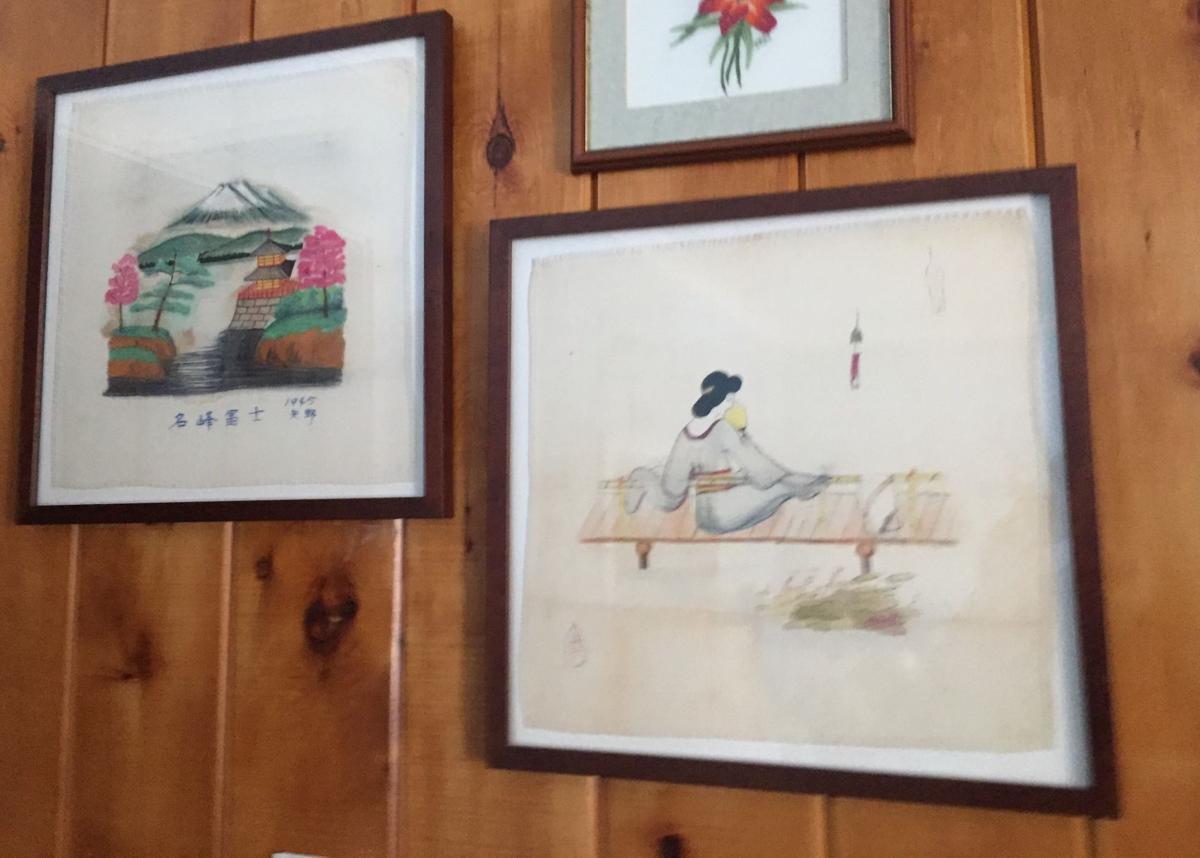 Elmer Wienclawski’s parents died when he was 5. He spent 10 years in an orphanage. He worked on a farm as a teenager during the Great Depression.

He tells people the secret to a long life is being positive and doing good deeds — whether it's helping strangers, serving as a volunteer firefighter or fighting for your country.

“I could tell you some very, very bad things that happened in my life,” said Wienclawski, whose birthday is Oct. 15. “But just thinking positive, you forget those things. Be thankful for what you get. Have gratification. That’s what I tell a lot of people: Be gratified.

“I feel everything turned out ... because I had the right attitude.”

His military service included serving as a U.S. Army staff sergeant, primarily focused on supplies, during World War II and the Korean War.

Wienclawski was born in Buffalo on Oct. 15, 1919. After his parents died he was placed in the German Roman Catholic Asylum at 564 Dodge St. From there it was to a farm in Gardenville, in what is now West Seneca, where he said he worked from sunrise to sunset for two years.

After staying with his older brother for a time, and attending Riverside High School for three years, he joined the Civilian Conservation Corps, part of Franklin D. Roosevelt’s New Deal. He became a supply sergeant at the CCC post in Gallupville, about 45 miles west of Albany. He remembered sending $22 of his $30 monthly pay to his older brother to help support the rest of the family.

He later returned to Buffalo to become a crane operator at American Brass, where his father had died.

Wienclawski said he often tried to help strangers he would meet.

“I just wanted to help people,” he said, noting that sometimes that got him in trouble with his wife of 75 years, Amelia, who goes by Amy. Wienclawski said he would sometimes see someone building a house. He'd stop to offer help, he said.

“I've mixed concrete, I’ve shoveled, I’ve climbed scaffolds and I’ve put supplies up on the roof, and I never charged anybody anything,” he said.

Wienclawski enlisted in 1943. He was stationed in Vancouver, Wash. He was assigned to be a supply sergeant, because of his CCC experience.

During the war, he was deployed to Saipan, an island in the western Pacific. The Battle of Saipan, which began June 15, 1944, lasted three weeks and resulted in more than 3,000 U.S. deaths and more than 13,000 wounded.

“We were right behind the front lines, and when these guys came off the front lines, a lot of times they needed things, so we furnished them with whatever they needed,” said Wienclawski, who said he experienced "banzai attack" warnings and went on search missions amid head-high sugar cane.

After World War II ended, for a time he oversaw some Japanese prisoners on Saipan who assisted his outfit with cleaning equipment and other tasks, he said. The prisoners asked for rags, which they would turn into dolls.

One day Wienclawski pulled out handkerchief and one of the prisoner’s eyes lit up.

“He wanted that. So I gave it to him," he said. "I saw him a couple weeks later and he gives me the handkerchief, all folded up. And there’s a picture of a Japanese girl, sitting with her legs hanging over a bridge. A painting, on the handkerchief.”

Another handkerchief became a painting of Mount Fuji. Wienclawski has both painted handkerchiefs hanging in his living room.

“What it really comes down to,” he said, “the Germans and the Japanese, they weren’t really bad people. We were just as cruel as they were. They had to kill us, and we had to kill them.”

Wienclawski remained in the Army Reserves until the Korean War, when he was recalled in 1950 to active duty. He was at Fort Lawton near Seattle, expecting to be shipped overseas when he was pulled aside.

Unbeknownst to him, his doctor was working to bring Wienclawski back to the Buffalo area because his wife, Amy, had taken ill and Elmer was needed to help care for two children under 6.

“I said, ‘What happened?’ and that’s when I found out about my wife being so sick,” said Wienclawski, who returned home.

He and Amy had four children, Ellyn (who lives in Springville), John (Cheektowaga), Andrea (Texas) and Paul, who died in a boating accident in 1976; they have seven grandchildren and 12 great-grandchildren.

Wienclawski was awarded several medals for his military service. But his most heroic moment came on a 1968 fire call with the Town of Tonawanda’s Brighton Volunteer Fire Department, when he helped save a young girl’s life by pulling her out of a house fire on Colvin Avenue and administering first aid.

Wienclawski said he was the first firefighter to arrive at the house.

After tending to the girl, Wienclawski went back into the burning house and pulled a second girl from the fire, but she died.

He has been a member of the Town of Tonawanda’s Brighton Volunteer Fire Department since 1959, and continues to be an active member. Wienclawski is also a member of the Veterans of Foreign Wars Harry E. Crosby Post 2472.

Scores of firefighters and members of the community were on hand to honor him.

“I asked him what his secret to such a long and healthy life was,” said Jacobs, “and he said service, and giving to others, and thinking about others.”

Cuomo: No decision yet on schools, no state fair and more Trump criticism

It's one of the most pressing questions on the minds of people across New York State: Will children return to school in the fall?

Army veteran Elmer Wienclawski, 99, in his uniform at the Brighton Volunteer Fire Company No. 5, where he remains an active member. (Derek Gee/Buffalo News)