Bill Burns was out of town on business when the first big "Snowvember" storm struck on Nov. 17, 2014, dumping more than 70 inches of snow near his home in Orchard Park, though he got to see the aftermath once he returned.

Eight years to the day later, the retired CEO of a pharmaceutical company was home, close by the weather station he had built when the latest lake-effect snowstorm hit Orchard Park and nearby environs.

Experts say a warming climate has created more instability in the atmosphere, which can produce more intense collisions of warm water and cold air, the chief requirements to produce a significant lake-effect storm in our region.

During the storm, Burns was living a dream as he took snowfall measurements in his yard for the National Weather Service station at Buffalo Niagara International Airport.

A self-described weather geek, Burns is proud to be one of the estimated 350,000 to 400,000 trained weather spotters nationwide participating in the National Weather Service's SKYWARN program, in which volunteers help keep their communities safe by providing accurate reports of severe weather to the National Weather Service, according to the federal agency's website.

"I like it," Burns, a volunteer with the program since 2019, told The Buffalo News. "They didn't have one (a weather spotter) in Orchard Park, so I said, OK."

The typical approach to build an apparatus to measure snowfall requires one to have a pole and a yardstick that measures in tenths of an inch, which is then attached to a level surface away from other structures in a spot that is exposed to open sky and protected from drifting snow.

The National Weather Service recommends that the yardstick be pushed straight into the snow, perpendicular to the ground, until the yardstick reaches a board on the ground. Then, weather spotters keep track of their measurements for the duration of the storm and email in reports.

Burns used empty wine boxes with no lid and a measuring gauge to measure the snow.

"You have to understand, a lot of it (snow) compacts very quickly. So my process was to use wine boxes and then replace them when they got full," Burns said.

He said he gets less drifting using the wine box method.

"I leave the wine box there so I can measure compaction, because there's water in this and it settles. And, I put another one (wine box) out. In this storm, I had to put three out. By the way, I leave the wine boxes in sight, so if you want to go back, you can really measure compaction. And that's important, not for the snow measurement, but for how much water there is, if it starts to really melt," Burns said.

For the first 24 hours of the storm, he said, he used three boxes.

He estimated that he did five measurements over the first 24 hours of the storm. Burns said he was stunned by the snow totals he recorded.

"I don't know precisely when the snow started. I put the first box out at 7:30 p.m. Thursday, and then I made a report at 7 o'clock Friday night," he said.

In less than 24 hours, Burns said he measured 66 inches of snow.

"It was crazy," he said of the startlingly high measurement.

During a normal snowfall, Burns said he would report measurements once a day. But for this extraordinary storm, the National Weather Service asked him for readings every two hours, along with cumulative totals.

"I reported again on Sunday after the storm went back through and we had 80 inches and the highest amount was 81.2 inches in Hamburg for the whole period," Burns said.

"This was like unbelievable," he said of the experience of measuring the snowfall for this storm. "You look outside our house and it's really high."

Burns, who is 73, said it was his adult children who encouraged him to pursue becoming a volunteer weather spotter, because they did not want him to be bored in retirement.

He joined others from a variety of backgrounds, including police and fire personnel, dispatchers, emergency services and public utility workers who are just as passionate about being spotters, who monitor various kinds of storms in their communities and report real-time conditions to the National Weather Service.

"For me, it was something I was interested in," Burns said.

He said his training to be a weather spotter took only about three hours. It helps if prospective volunteers have some grounding in science, he said. While the focus of the training is not limited to snowstorms, Burns recalled that his training did include a review of the various types of snow, including sleet, fluffy powdery mixes and graupel snow, which is icy snow pellets, and how to take measurements.

Burns said he built the weather station at his own expense. He estimated that it cost about $300 for the equipment, $100 for the post and another $100-plus for a bottle of 16-year Lagavulin, a malt scotch whisky that he bought for his daughter's boyfriend, who helped him install the weather station.

"We have a weather station on our property which, unfortunately, because of the power outages, is now intermittent after the storm," he said. 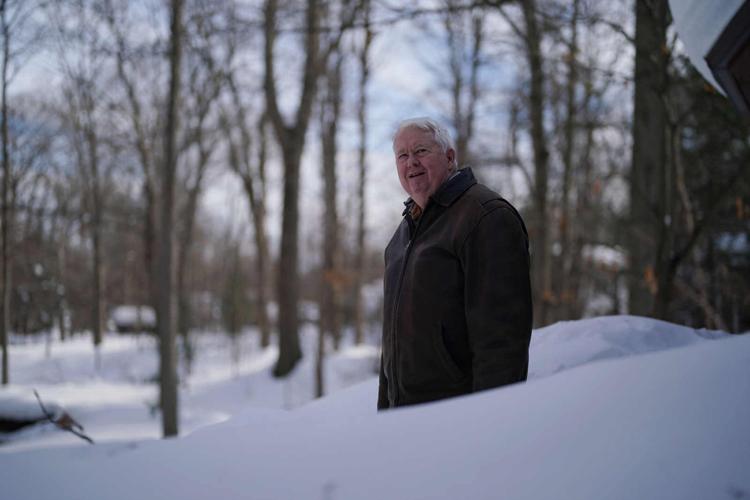 Bill Burns of Orchard Park has been a severe weather spotter for the National Weather Service for three years. 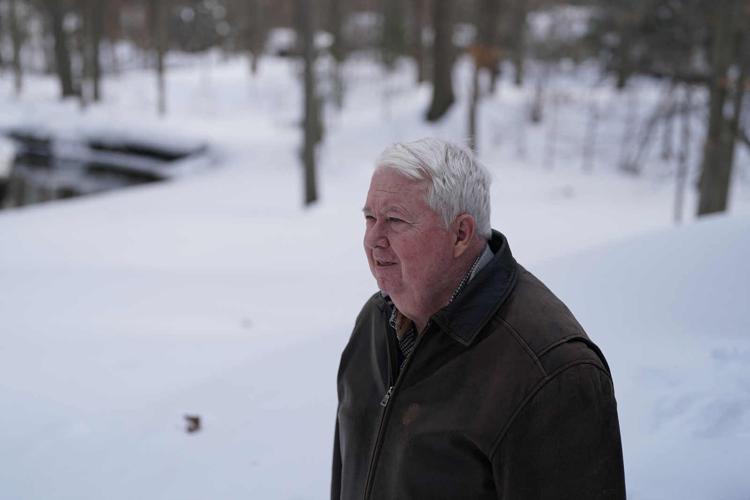 "You have to understand, a lot of it (snow) compacts very quickly. So my process was to use wine boxes and then replace them when they got full," Bill Burns said.