Onetime Hasidic synagogue on Hertel to become apartments
0 comments
Share this
Support this work for $1 a month
By Jonathan D. Epstein

A 63-year-old former North Buffalo synagogue that is now home to a church is poised to get a new life, as a Clarence developer seeks to put nine new luxury apartments and retail space into the longtime religious building.

Rocco J. DelGrosso wants to transform the Faith of the Good Shepherd Chapel at 1235-1237 Hertel Avenue into the newest residential address along the fast-growing commercial strip. He's currently in the process of buying the property from the church for $185,000, pending the congregation's move to a new location, and hopes to start his conversion effort by mid-March.

The new project represents the latest redevelopment of a church or synagogue into a newer and modern use, as many congregations of various religions have shrunk or moved, leaving historic and often majestic buildings behind. It's also the most recent renovation project in North Buffalo, especially along its already vibrant commercial streets.

"This is more good news for Hertel," said Common Councilmember Joel Feroleto. "I am thrilled about this project."

However, the current design of the building presents some accessibility challenges, because the sanctuary level is six to seven feet above street level, while the lower floor is a similar height below ground. So plans for the $1.5 million project call for reconfiguring the interior of the two-story building with four units on each floor, while removing the front entrance and steps on Hertel.

DelGrosso then intends to construct a front addition extending to the sidewalk on Hertel that would include two retail spaces on the first floor along the street, plus a large two-bedroom apartment on the second floor along the length of the building, complete with Juliet balconies.

The developer and his architect, David Giusiana, also designed a combined entryway on the far eastern end of the addition, providing access to both a retail storefront and a stairwell lift or elevator that would take people to the lower level.

Meanwhile, the upper level will be accessible from a stairway leading from the new covered and secured parking garage that is also being constructed as part of the project, with nine parking spaces. Car traffic would enter the garage from Hertel and exit through the rear onto Hertel Alley, which runs between Commonwealth and Traymore.

"I love doing things that really test my abilities and test my design skills," DelGrosso said. "What some might look at as a disadvantage of the split entry, we found for our design to be advantageous and to work quite well."

The larger upper-floor units will be constructed in the tall sanctuary space, with two bedrooms and a loft level in each. Each apartment will also have large windows that provide significant daylight from the east or west, creating what DelGross calls "sunrise" and "sunset" units.

The lower-level units will be one-bedroom apartments with large daylight windows at the street level. All apartments will have in-unit laundry and workspace. DelGrosso also plans an outdoor sundeck and patio for tenants. "It's going to be a really, really pretty project," he said.

Specific details of apartment sizes and rents are still in flux but "the important thing to me is that it looks absolutely consistent with the Hertel Avenue district," DelGross said. The design features red brick, old sandstone and clapboard siding, as "we'd like it to look a little bit older like some of the buildings on Hertel do."

He is seeking a variance from the Zoning Board of Appeals on Dec. 20.

The project will come to the Planning Board for approval at a later date. Once work starts in the spring, beginning with asbestos remediation, DelGrosso hopes to finish by middle or late fall of next year.

According to a James Napora book on the history of local religious institutions, B'rith Israel was the first permanent synagogue built by Jewish immigrants to Buffalo in the 1880s, and was also the first Hasidic or ultra-Orthodox synagogue in the city. It started on Lutheran Alley and later moved to locations on Mortimer and Hickory streets.

Anshe Ames, meanwhile, was a small and often struggling congregation that moved into a former B'rith Israel site on Hickory. But both moved to Hertel Avenue in the 1940s, and then built the new 390-seat facility together for $80,000 in 1954.

In 1990, the congregation sold the building to the Pentecostal Church Faith of the Good Shepherd, an African-American church with roots on the East Side. But after years of growth, the church put the building up for sale several years ago.

Church officials could not be reached for comment about their plans, but DelGrosso said they are working with real estate agents to find a new site.

The 9,268-square-foot building on Hertel sits on 0.18 acres between Commonwealth Avenue and Traymore Street, with parking for eight cars. The lower level currently has a large kitchen area, offices and other space.

DelGrosso said there are no stained-glass windows remaining, although there are rose-colored or tinted glass panes that he does not believe are original to the structure. But the building still has a giant Star of David inside a circle engraved on the front facade, above two tablets of the Ten Commandments, flanked by a pair of engraved candelabras.

The developer said he hopes to remove those "beautiful stone engravings" and donate them to an active local synagogue.

"We don't want to just cover them over," he said. "We're hoping someone will step up."

Police recovered the body of a white male shortly before 7:30 a.m.

Roberto Montes-Villalpando, 60, of Sanborn, and Abraham Montes, 28, of North Tonawanda each face a maximum penalty of 20 years in prison. 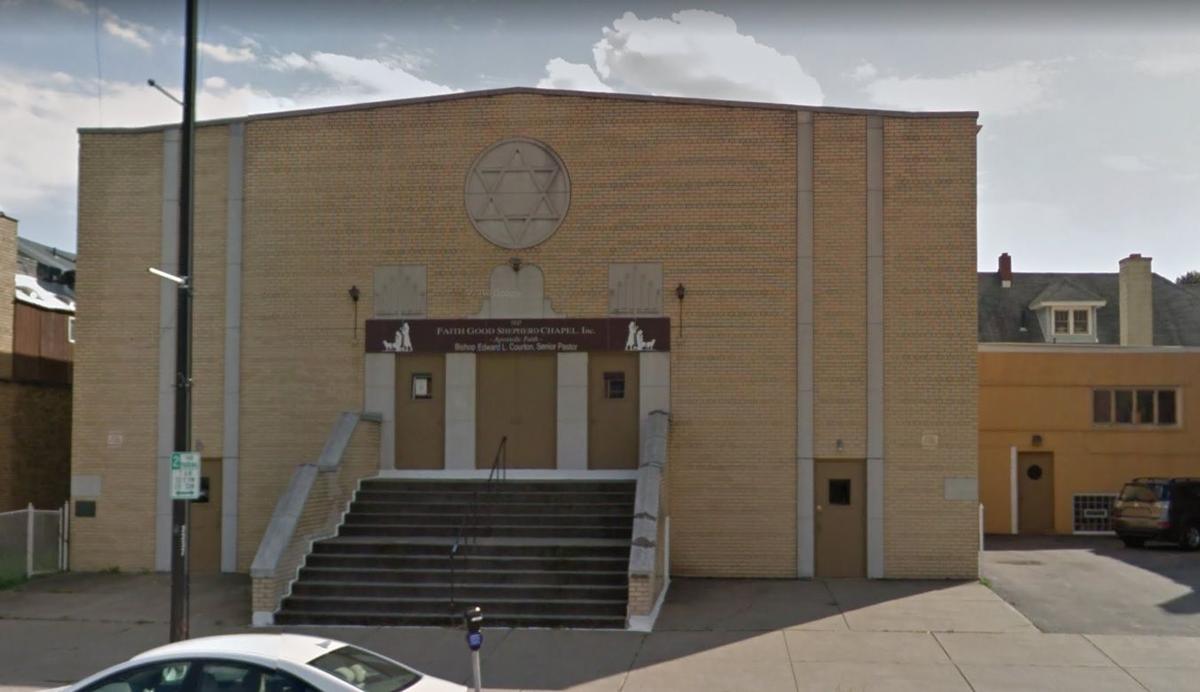 The former B'rith Israel Anshe Ames Synagogue, and more recently the Faith of the Good Shepherd Chapel on Hertel Avenue, will be converted into apartments. (Source: Google) 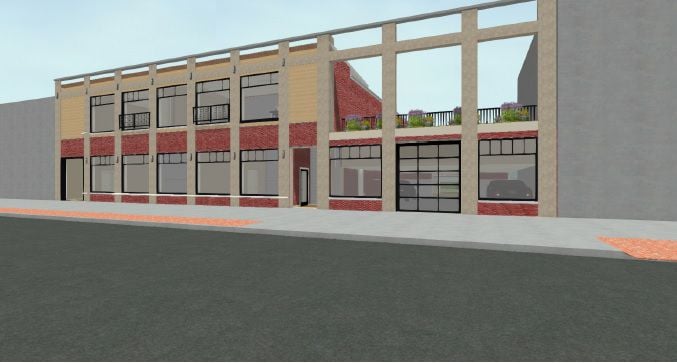