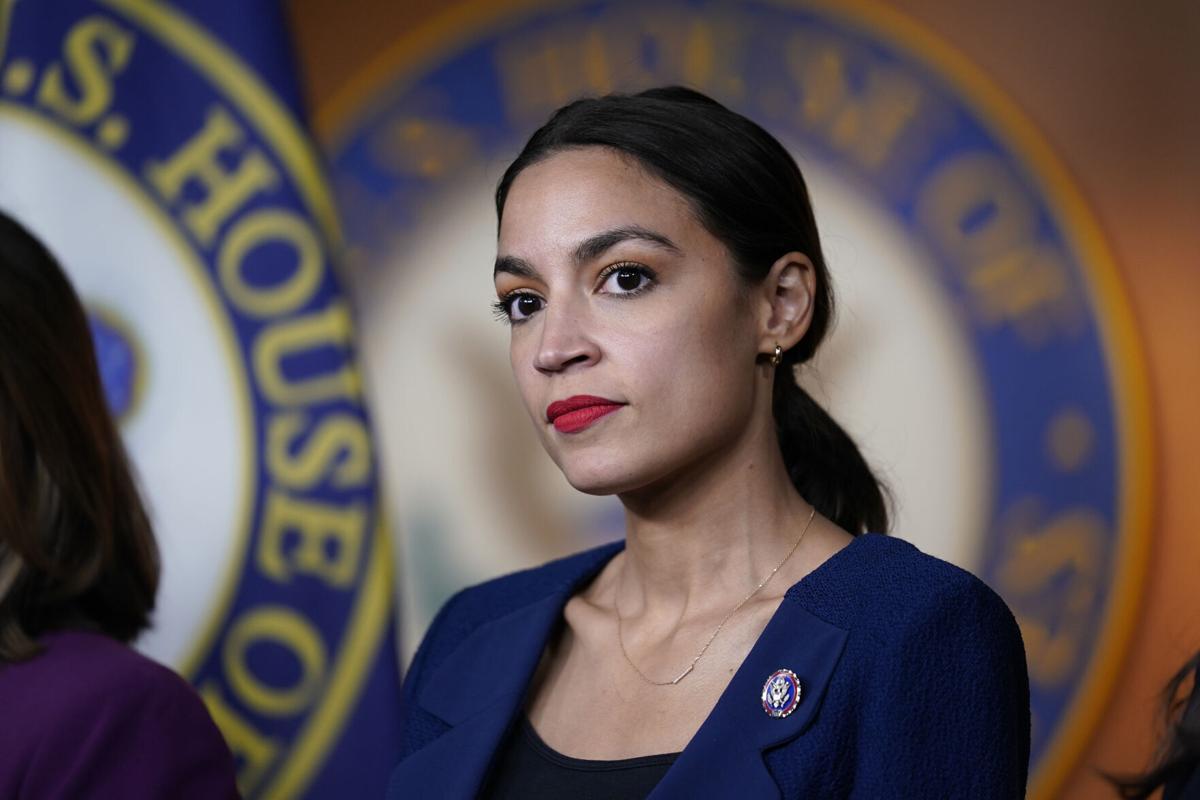 Rep. Alexandria Ocasio-Cortez, D-N.Y., is expected to visit Buffalo on Saturday to support Buffalo mayoral candidate India Walton at a rally at Town Ballroom on the first day of early voting. 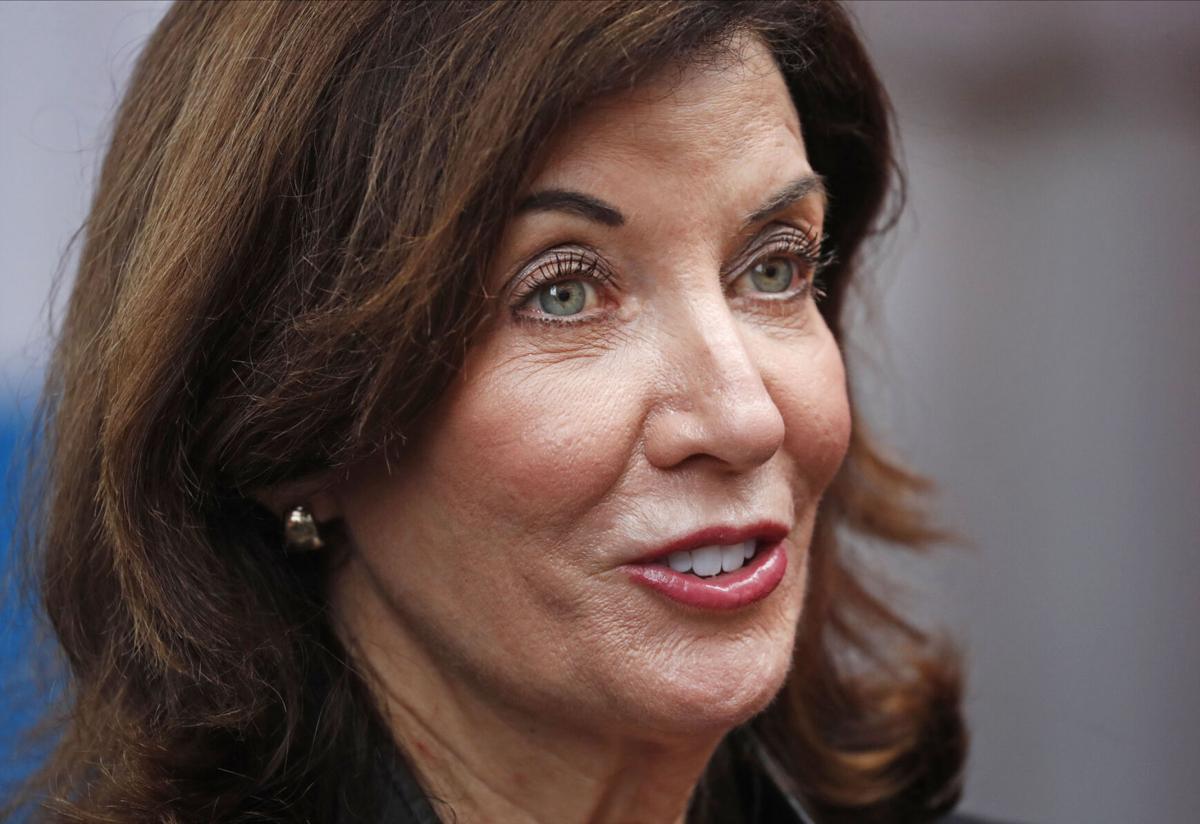 Will Gov. Kathy Hochul take a larger role in handling Covid cases upstate or continue leaving it up to local health officials?

The hot contest for mayor of Buffalo is suddenly dominating New York's political agenda as one of the state's top figures plunges into the race and another clings to the sidelines.

The Buffalo News learned Tuesday that Rep. Alexandria Ocasio-Cortez of the Bronx will campaign in Buffalo on Saturday for a like-minded progressive, Democratic nominee India B. Walton, who is challenging four-term incumbent Byron W. Brown. At the same time, Gov. Kathy Hochul is making headlines by sitting out the race and expressing no preference for mayor of her hometown.

“I’m going to be looking forward to truly working hard, rolling my sleeves up, with whoever … emerges as the victor. Buffalo’s success is important to me personally. So that is my commitment: I will work with whoever the voters select. It is up to the voters," she said.

Ocasio-Cortez, considered one of the nation's most influential liberal voices in Congress, will stump for Walton at the Town Ballroom on Main Street on Saturday at 11 a.m., just before the polls open at noon on the first day of early voting. Her appearance in Buffalo has long been anticipated because she is a fellow democratic socialist who shares many of Walton's views.

She is also seen in many quarters as a future statewide candidate with the need to cement new ties among upstate Democrats.

Walton spokesman Jesse Myerson said Ocasio-Cortez, who defeated veteran Rep. Joe Crowley in the 2018 Democratic primary, will address a Walton rally at Town Ballroom intended to then send supporters out to polls for early voting. He called her a "sterling example" of how a first-time politician can prove successful.

"The congresswoman has brought an immense amount of vitality, along with youth, new volunteers, registered voters and small donors into the Democratic Party," he said. "Like India Walton, she defeated a longtime incumbent because Democratic voters want change."

Hochul, meanwhile, on Tuesday cited the "unique situation" of two Democrats vying to win the Buffalo general election in continuing her previous neutral stand. She is among a number of top Democrats in New York State who have avoided choosing sides, even though some Walton supporters say party leaders like Hochul have a long-standing obligation to support Democrats who win primary contests.

Hochul, in a New York City news conference Tuesday morning, said she is “supporting local parties” and that she will be spending the next several weekends traveling the state, backing an assortment of Democratic candidates.

“With respect to Buffalo, we have a unique situation there," she said. “I’m going to be looking forward to truly working hard, rolling my sleeves up, with whoever … emerges as the victor. Buffalo’s success is important to me personally.

"So that is my commitment: I will work with whoever the voters select. It is up to the voters."

Hochul was asked if Brown or any of his advisers had personally asked her to stay out of the Buffalo mayoral race; she did not specifically answer the question.

The governor Tuesday did not join several other Democrats calling on Jay S. Jacobs, the state Democratic Party chairman, to resign. In a Monday interview with Spectrum News, Jacobs was asked about the precedent set as he and other Democratic leaders refuse to endorse Walton after her primary win.

Jacobs, sharply critical of Walton’s self-identified socialist views, made a comparison between Walton and former Ku Klux Klan leader David Duke, noting that party leaders would not be required to endorse him if he hypothetically moved to New York and ran for mayor of Rochester. Jacobs later apologized, but defended his overall point about primary endorsements.

“What Jay Jacobs did was wrong. It was very disturbing, totally unacceptable and it was hurtful. India Walton did not deserve that," Hochul said, not specifically saying if she thinks Jacobs – a holdover from the political structure of former Gov. Andrew M. Cuomo – should resign.

Hochul said she is glad that Jacobs apologized, hopes he does so personally with Walton “and that something like this does not happen again.”

Ocasio-Cortez, however, took to Twitter, saying Jacobs "absolutely should resign over his disgusting comments comparing a Black single mother who won a historic election to David Duke."

The Editorial Board: Democrats’ hesitation over Walton mirrors national debate on extremism

Rep. Alexandria Ocasio-Cortez, D-N.Y., is expected to visit Buffalo on Saturday to support Buffalo mayoral candidate India Walton at a rally at Town Ballroom on the first day of early voting.

Will Gov. Kathy Hochul take a larger role in handling Covid cases upstate or continue leaving it up to local health officials?