More than 30 of those priests were accused publicly for the first time only in recent weeks, including one cleric who has continued to run a South Buffalo parish despite being linked to abuse in a July lawsuit.

The Rev. Donald J. Lutz said he wasn’t aware of the lawsuit when The Buffalo News contacted him last week. Lutz is pastor of Our Lady of Perpetual Help, a small parish on O’Connell Avenue in the Old First Ward neighborhood of the city.

Attorneys Steve Boyd and Jeffrey Anderson filed a lawsuit July 30 in State Supreme Court on behalf of an anonymous plaintiff accusing Lutz of engaging in “unpermitted sexual contact” with the plaintiff from 1975 to 1976. The plaintiff was 13 to 14 at the time and attended St. Leo the Great Church, according to court papers.

The lawsuit named the Amherst church as a defendant, but not Lutz, which means he would not have been served with a summons and complaint. Lutz said no one from the diocese had contacted him about the case. He acknowledged being assigned to St. Leo in 1975 and 1976 but denied sexually abusing a child.

“It didn’t happen,” he said, before hanging up the phone.

A Buffalo Diocese spokesman said diocese officials will present the complaint in the lawsuit to a review board that examines abuse allegations at the board’s next meeting.

“At this time, the diocese has no information other than the limited allegations set forth in the anonymous complaint and has not made any determination (including the imposition of administrative leave) regarding this matter,” spokesman Greg Tucker said.

Tucker said the diocese encourages any victim-survivor to file a formal complaint with the diocese’s victim assistance coordinator.

Lutz had not been publicly accused of child sex abuse prior to the July 30 lawsuit.

Some of the alleged abuses date to the early 1950s. Most of the priests are deceased.

A Hawaii man who is now in his 80s said in court papers that Cohane abused him multiple times, starting in 1951 on a hike into the Niagara Gorge when he was 14.

The man, a retired English professor, was a parishioner at Our Lady of Mount Carmel Church in Niagara Falls, where Cohane served as a priest, said attorney James Marsh.

Marsh said his client for decades buried what had happened to him and only in recent years, after the birth of his grandchildren, realized he “needed to confront the church.”

“He wanted to confront the church in a way to ensure that these things don’t happen and that this kind of abuse was exposed,” said Marsh.

More than 400 Child Victims Act lawsuits filed in area courts accuse Western New York Catholic priests, and nearly a third of the cases involve 11 priests who have been accused in multiple lawsuits. Donald Becker is accused in 21 lawsuits, the most of any priest. Becker is followed by Fred Fingerle, with 18, and Norbert Orsolits with 16.

Most of the new names of accused priests surfaced in a flurry of lawsuits that were filed in the weeks before Gov. Andrew M. Cuomo signed legislation extending by one year the window for filing Child Victims Act cases, which originally was to expire on Aug. 14, 2020.

How widespread was abuse?

But over the years, they also have tried to downplay how many area priests were the subject of abuse allegations. In 2003, following an abuse scandal in the Archdiocese of Boston, Buffalo Diocese leaders revealed that 53 clergy since 1950 had been accused of abuse. They declined to name any of them.

Bishop Richard J. Malone in 2018 publicized the names of 42 priests with “substantiated” allegations of child sex abuse. Eight months later, amid criticism about the diocese’s transparency on abuse cases, he added 36 more priests to the list. But Malone also refused at that time to identify 98 priests who had just a single allegation against them.

The names of some priests accused of abuse also surfaced when diocese officials suspended them due to an abuse allegation. The diocese returned some of those priests to ministry and kept others on leave, depending on the results of an investigation and the recommendations of a review board.

Marsh wasn’t surprised that 173 priests have been accused of abuse in lawsuits and he said the total number of abuser priests in the Buffalo Diocese was “probably higher” because abuse that happened in the 1940s and 1950s rarely is disclosed or documented.

“A lot of the reason you’re seeing some of these names for the first time, especially in some of the more historic cases, are just a combination of factors,” said Marsh.

Many victims from that era are dead; others moved away from the area years ago, he said.

And while the church kept extensive records, many of them “could be couched in terms that are not explicit,” thus obscuring the abuse, said Marsh.

Attorney Mitchell Garabedian said the 173 priests were “just the tip of the iceberg, unfortunately,” because some victims signed confidentiality agreements years ago and many other abuse survivors remain reticent to come forward.

“This probably is less than 50% of the number of priests who have abused,” he said.

Garabedian said many victims die before they have an opportunity to file a lawsuit and publicly identify their alleged abuser.

“I’ve had people well into their 80s call me, and they’re talking about being abused in the 1930s,” he said.

By the deadline next August, he predicted the number of priests accused in lawsuits would be “well over 200” in Western New York.

Attorney Daniel J. Chiacchia said he also wasn’t surprised by the number of priests accused in lawsuits so far.

“We file a lot of cases, but we also speak to a lot of people who don’t want to file,” he said.

Chiacchia represents a plaintiff who is suing St. Mary of the Assumption Church in Lancaster over alleged abuse by Hassler. The Erie County man accused Hassler of abusing him when he was a 5-year-old student in the parish school in 1956, according to court papers. Hassler died in 1998.

More priest names may surface in the remaining 11 months of the CVA window, but not nearly as many as have already been identified, he said.

“I think most people that were going to do it, did it, as far as filing something, but we’re still getting inquiries,” he said.

Diocese officials have maintained that the diocese has taken steps since the early 1990s to prevent abuse. Two CVA filings over the summer, however, allege more recent abuse by clergy.

In a July lawsuit, a 22-year-old Erie County man accused Shumway of molesting him in 2009 when he was 12. The man was a parishioner of St. Stephen Church on Grand Island and attended the parish school.

According to court papers, Shumway was senior parochial vicar at the time. A former Army captain and railroad employee, Shumway didn’t become a priest until he was 55. He died in 2019 at age 71.

The accusation against Shumway is the most recent abuse allegation against a Western New York priest that has surfaced publicly.

Last week, a 30-year-old man alleged that Rodriguez fondled and sexually assaulted him, starting in 2001, when he was 11. Court papers filed Sept. 10 by attorney Jeff Herman said Rodriguez wore his religious garb while sexually abusing the plaintiff at the boy’s home. The abuse continued for two years, according to court papers.

Rodriguez was assigned at the time to Immaculate Conception Church on Buffalo’s West Side, and the plaintiff’s father lived nearby, according to court papers. Rodriguez, 94, is in a nursing home and has dementia, a family member said.

Robert Hoatson accused Scharfenberger of keeping secret information about clergy sexual abuse of children and allowing a priest accused of abuse in a lawsuit of remaining in ministry at a Buffalo church.

The Buffalo Diocese is investigating two allegations of child sex abuse made against the Rev. Donald Lutz that date back to the 1970s.

New York's AG is alleging diocese leaders protected more than two dozen priests accused of child sexual abuse by not referring their cases to the Vatican.

At least 720 lawsuits in Western New York have been filed since last August, including a surge of more than 200 cases filed since July 24.

Kevin Brun told Bishop Edward B. Scharfenberger on Wednesday that his son killed himself within 24 hours of reading Brun’s letter of being abused by a priest more than 40 years ago. 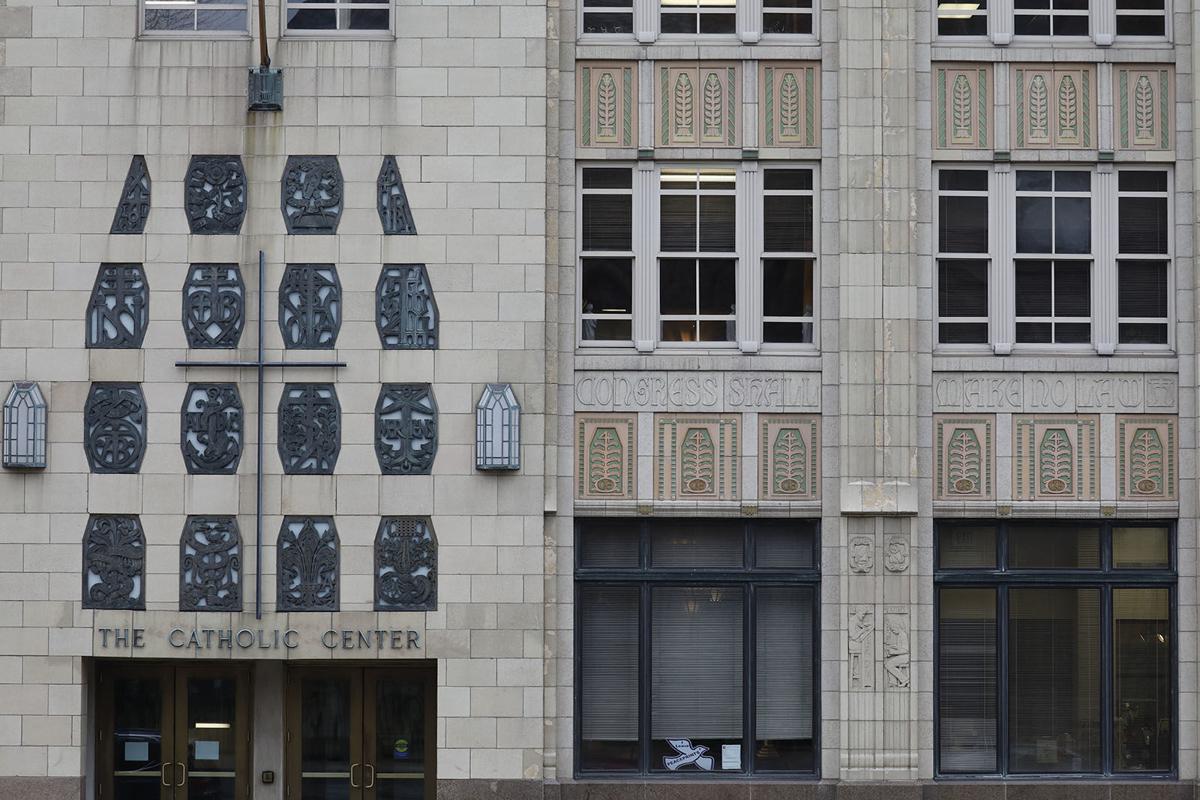 The headquarters of the Catholic Diocese of Buffalo on Main Street. 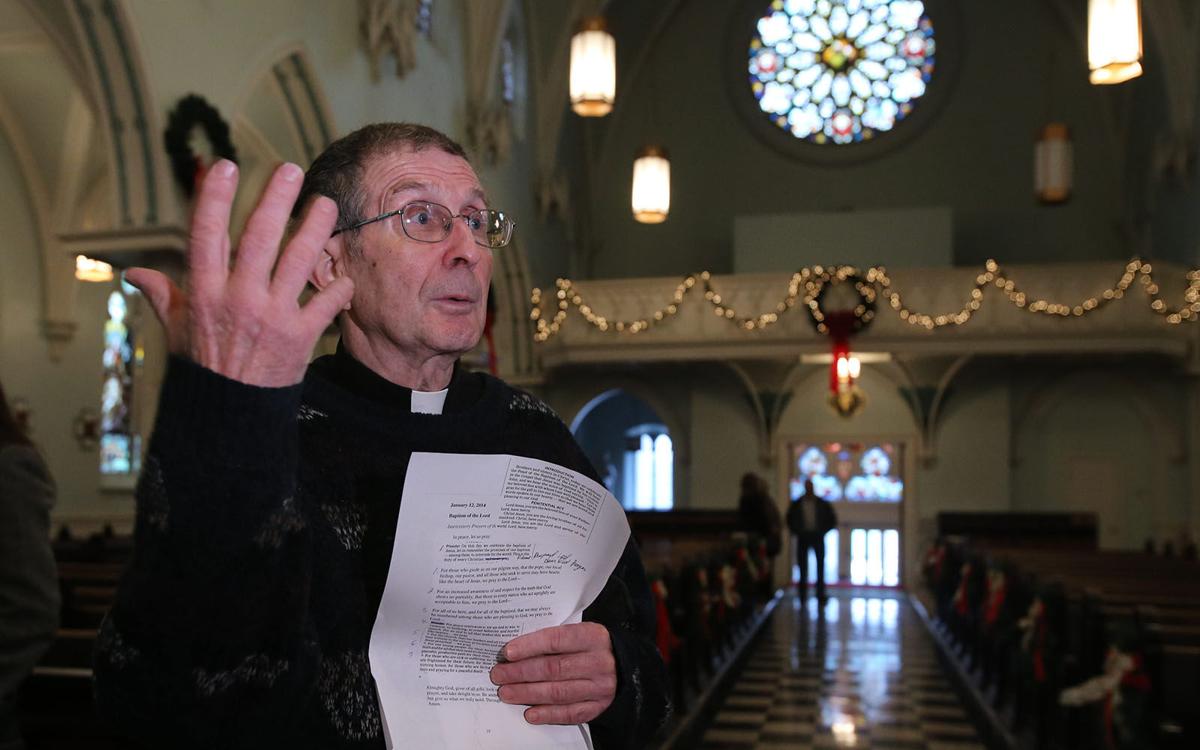 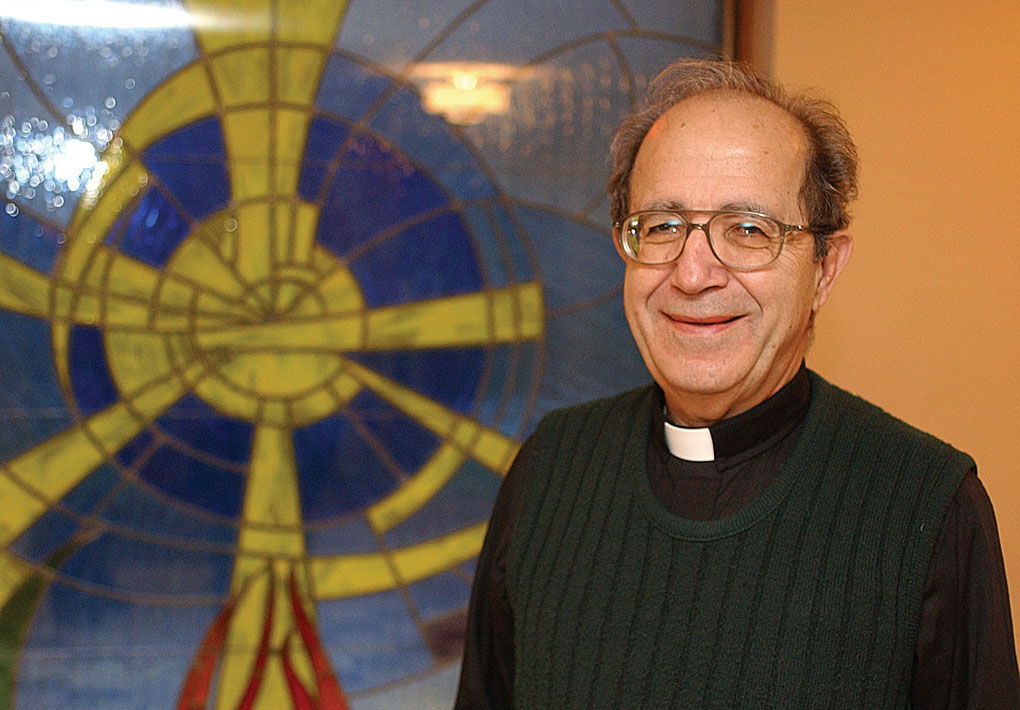 Monsignor Antoine Attea, who died in a plane crash in 2007, was accused in a recent Child Victims Act lawsuit of sexually abusing a child. 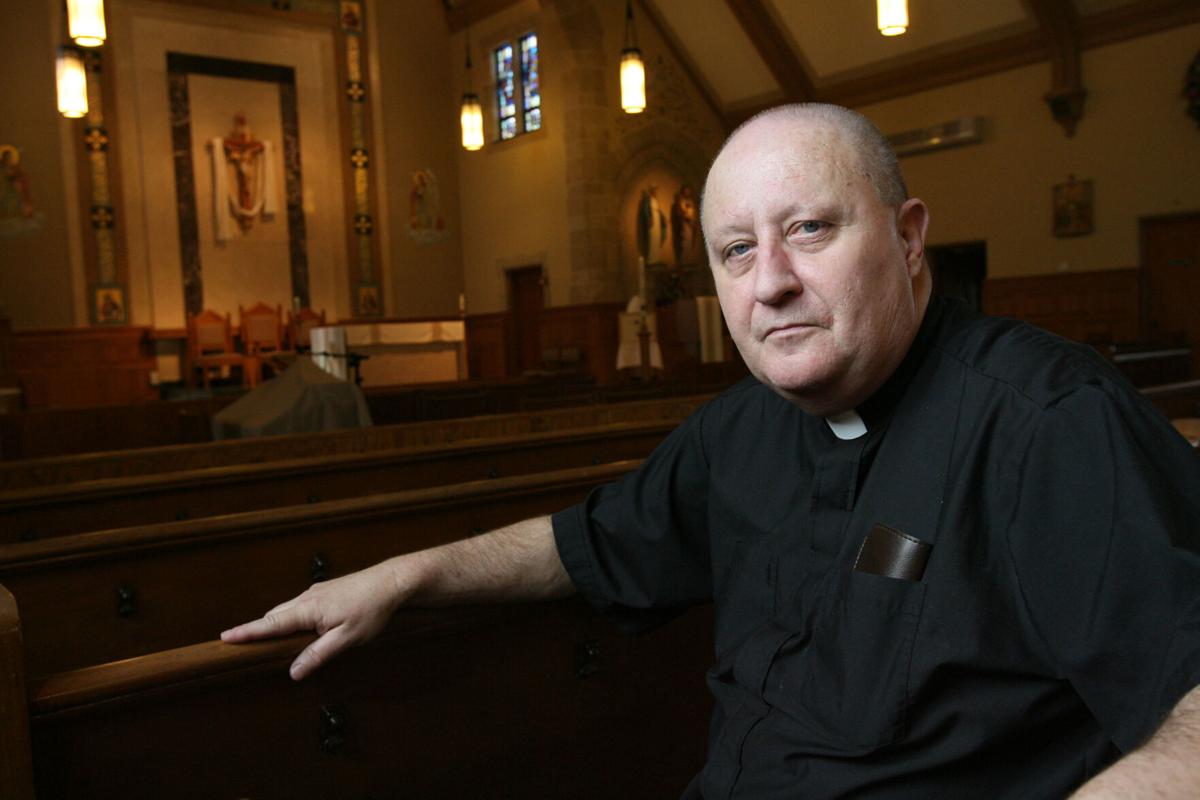 The Rev. Lynn Shumway, in a 2007 file photo at St. John de LaSalle Catholic Church in Niagara Falls. Shumway, who is deceased, was recently accused of sexually abusing a child in a Child Victims Act lawsuit.