Subscribe for $1
Read Today's E-Edition
Share This
Niagara Falls in the spotlight as Tom Hanks movie wraps
0 Comments
Share this
Support this work for $1 a month
Thomas J. Prohaska

On Friday, that came in handy.

"I think they found it was a perfect sort of place," said Tim Clark, commissioner of the Buffalo Niagara Film Office, which helps set up locations for filmmakers.

They wanted a "vintage motel with a pool in the front," Clark said. "The owners were very cooperative and very accommodating."

Friday was the last day of filming for the project, which Sony Pictures is preparing for a Christmas Day release.

Besides the motel, whose owners signed a nondisclosure agreement preventing them from talking to the media, the crew also shot on one of the now-retired diesel Maid of the Mist boats and at Prospect Point at the brink of the American Falls.

Using the cataract as a movie backdrop isn't unusual, but taking over part of a Niagara Falls neighborhood is.

"I think it's nice, an A-list celebrity out here in the Falls," said Samar Hamilton, a neighborhood resident who brought his 3-year-old daughter Ciara to see the excitement. "It's nice to see good things going on in the city for once instead of bad news."

A limousine van brought in a squad of extras about 9 a.m., as shooting was about to start. They trooped single-file into a motel room.

"I think it's very exciting," Laurie Casilio said of the filming.

Part of 78th Street beside the motel was blocked off for a food truck and a catering tent, or "craft services" as the movie folks call it.

The parking lot of an adjoining vacant Pizza Hut also was a staging area, and police blocked the curbside eastbound lane of the boulevard from 77th Street to 79th Street.

The movie seems to be set around 1980, judging by the old cars placed in the motel parking lot as a backdrop.

Hanks, who plays the title character, was not in the area for Friday's filming, but his wife, actress Rita Wilson, was on the set. She is one of the movie's producers, according to the Internet Movie Database.

As local media and a few residents looked on from across Niagara Falls Boulevard, Truman Hanks and actress Rachel Keller shot several takes of a scene at the Moonlite's ground-level pool.

Mayor Robert M. Restaino said the Niagara Falls Fire Department had filled the pool with water for the occasion. Police stopped traffic on the boulevard for every take, evidently to prevent traffic noise from spoiling the soundtrack.

Director Marc Forster ran the show as an extra, wearing a turquoise and white beach towel over his shoulder, walked in front of a table beside the pool, set beneath a red and white beach umbrella.

Meanwhile, a light blue early 1980s Cadillac convertible drove slowly behind Keller and the younger Hanks, seated at the table, as they recited their lines.

After each take on an overcast 53-degree morning, crew members draped parkas over the actors, who were wearing short sleeves.

According to IMDB, the plot summary of "A Man Called Otto" is, "A cranky retired man strikes up an unlikely friendship with his boisterous new neighbors."

It's a remake of a 2015 Swedish film, "A Man Called Ove," which in turn was based on a novel of the same name.

The talk around the set was that the Falls was chosen for location shooting because characters honeymooned in Niagara Falls. The crew also filmed in Pittsburgh and in Ohio before coming to the Falls.

Clark said the filmmakers brought a traveling crew, which booked hotel rooms in Niagara Falls, as well as hiring about 80 local residents as extras and stand-ins in addition to crew members.

"I really am very thankful for the municipal support," Clark said. "The movie company is reimbursing the city for the expenses. One call to the mayor and all this stuff gets accomplished very, very quickly. They're all important partners. We can't do it without them."

Restaino said the city had two weeks' notice to prepare its resources to help the filmmakers. "Sometimes we've gotten 48 hours' notice, and that's a little more hectic," the mayor said.

A Tom Hanks movie will film here next week. But will Tom Hanks?

"A Man Called Otto" will be added to the list of high-profile films made either partially or in full in Western New York.

This wearable human-machine interface could be the future of devices

‘Return to the Inferno’: Wildfires rage in southwest France

‘Return to the Inferno’: Wildfires rage in southwest France

Massive models of planets light up at Czech planetarium

Massive models of planets light up at Czech planetarium 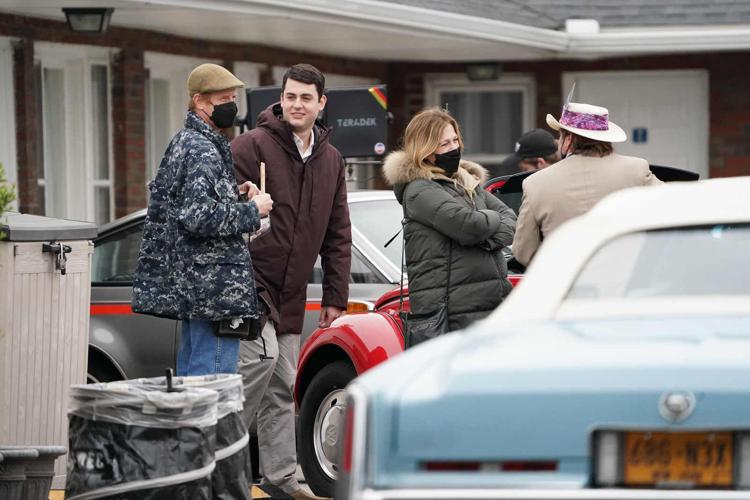 Actors Truman Hanks and Rita Wilson hang out between takes as cast and crew film scenes for the upcoming film "A Man Called Otto" at the Moonlite Motel in Niagara Falls, Friday, May 6, 2022. 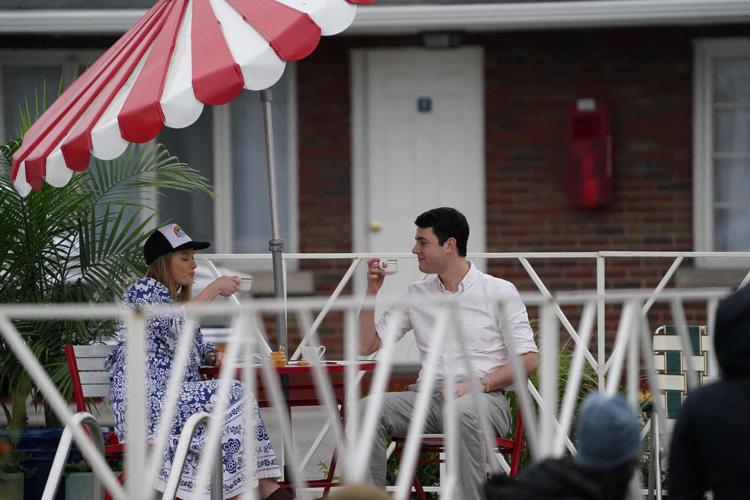 Actors Rachel Keller and Truman Hanks film a scene for the upcoming film "A Man Called Otto" at the Moonlite Motel in Niagara Falls, Friday, May 6, 2022. 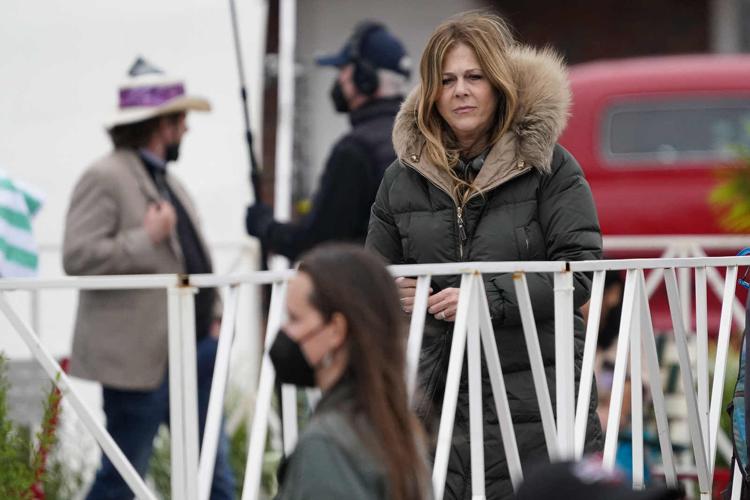 Actress Rita Wilson looks on as cast and crew film scenes for the upcoming film "A Man Called Otto" at the Moonlite Motel in Niagara Falls, Friday, May 6, 2022. 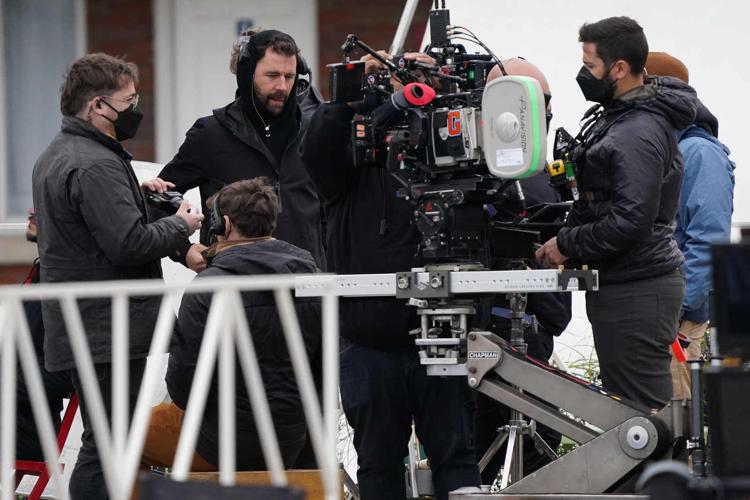 Director Marc Forster, center, works with the camera crew on a shot as cast and crew film scenes for the upcoming film "A Man Called Otto" at the Moonlite Motel in Niagara Falls, Friday, May 6, 2022.