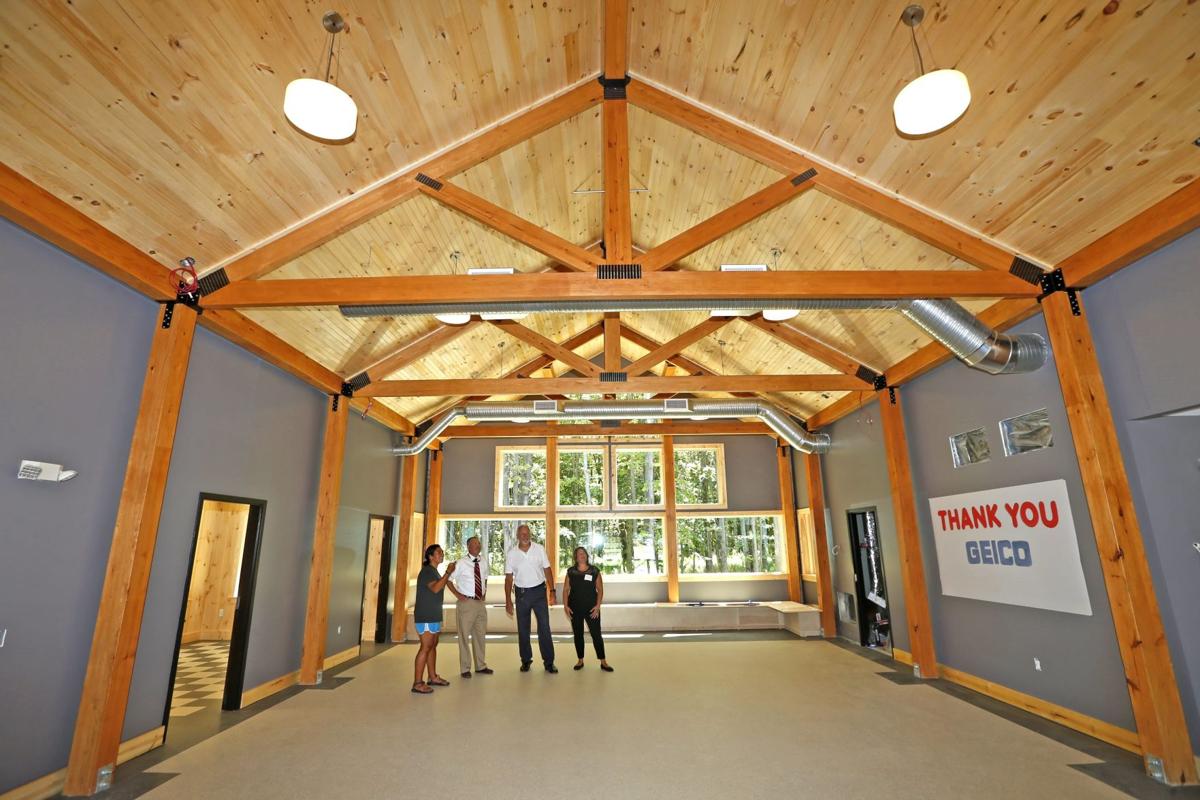 Officials show off the main hall of the new GEICO Woodland Lodge at Cradle Beach in Angola on Monday. The 4,500-square-foot building is designed to accommodate 40 children and adults overnight. (Robert Kirkham/Buffalo News) 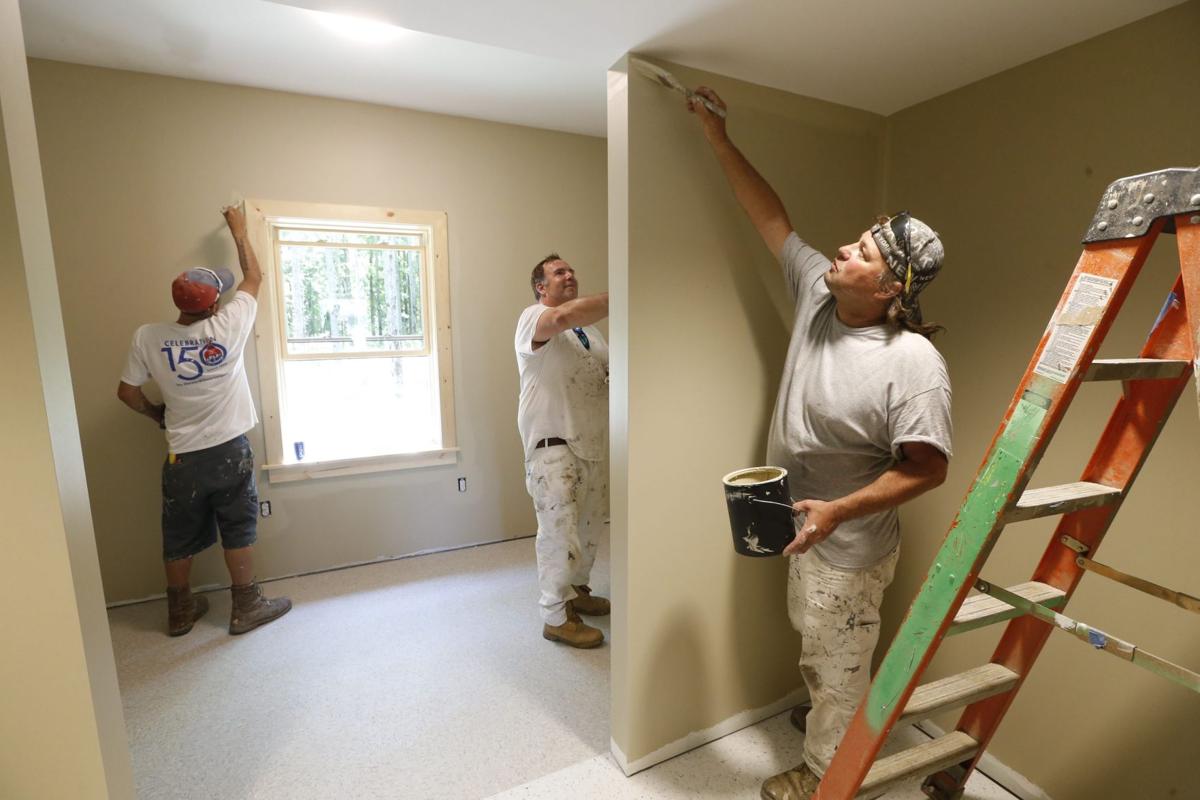 Larry Glatz and Brian McVaugh of New Coat Painting of West Seneca put the finishing touches on a bedroom in the new GEICO Woodland Lodge at Cradle Beach Camp in Angola on Monday. (Robert Kirkham/Buffalo News)

Cradle Beach Camp is getting ready to open a new facility that officials say will allow the nonprofit to serve more children and strengthen its ability to offer year-round programs.

The Angola-based organization will be using the 4,500-square-foot Geico Woodland Lodge before summer ends. A $250,000 donation from the insurance company supported the building’s construction.

“This is the first meaningful step in the project to transition, really, Cradle Beach from a camp to a campus,” said James Tilley, chairman of Cradle Beach’s capital campaign.

Cradle Beach and Geico officials gathered Monday morning for a ceremonial ribbon-cutting for the building.

Cradle Beach, which sits on the shores of Lake Erie, also is planning to start building a performing arts center later this year, as well as a science education center next year.

The new lodge is designed to accommodate 40 children and adults overnight. The building will be one of only a few weatherized buildings at Cradle Beach, and will include a kitchen, laundry facilities and a lounge area for meetings and social events.

Tilley called it “a giant step forward” for Cradle Beach to be able to provide year-round programming.

Costs for the project were initially projected at about $450,000, but final out-of-pocket costs are still being calculated. Several companies and organizations donated products and services during the construction, and Geico’s donation is expected to cover the rest, Tilley said.

Cradle Beach’s Angola camp serves disadvantaged and disabled youth. It began its 128th season June 27, and welcomes about 800 campers every summer. With the new facilities, officials hope to increase the number of children served to about 1,200 every year.

“What attracts companies such as Geico to organizations such as Cradle Beach? Well, it’s simple. We believe in strong support for organizations that are committed to improving the lives of our children,” said Norman Arminan, regional director for Geico and a member of Cradle Beach’s board of trustees.

Camp officials believe they have secured funding for the Therapeutic Performing Arts Center, which they expect to start constructing in the fall. The new Science Center for Youth is expected to be built next year, along with a new maintenance building.

Construction on the Geico Woodland Lodge began in the spring and just needs a little paint and a few finishing touches. The first people who will stay in it will be camp counselors, which will open up more cabin space for campers, Tilley said.

Julianne Lanzieri had last been seen between 8 and 9 p.m. Friday, State Police said.

Officials show off the main hall of the new GEICO Woodland Lodge at Cradle Beach in Angola on Monday. The 4,500-square-foot building is designed to accommodate 40 children and adults overnight. (Robert Kirkham/Buffalo News)

Larry Glatz and Brian McVaugh of New Coat Painting of West Seneca put the finishing touches on a bedroom in the new GEICO Woodland Lodge at Cradle Beach Camp in Angola on Monday. (Robert Kirkham/Buffalo News)