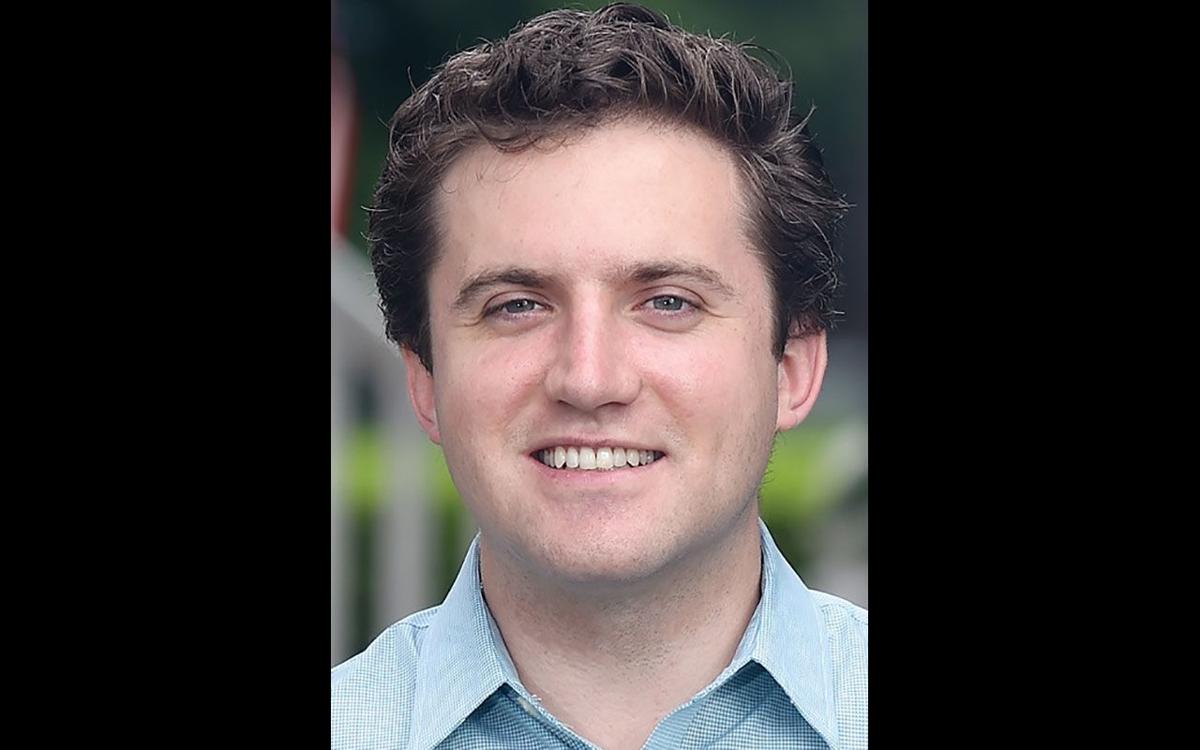 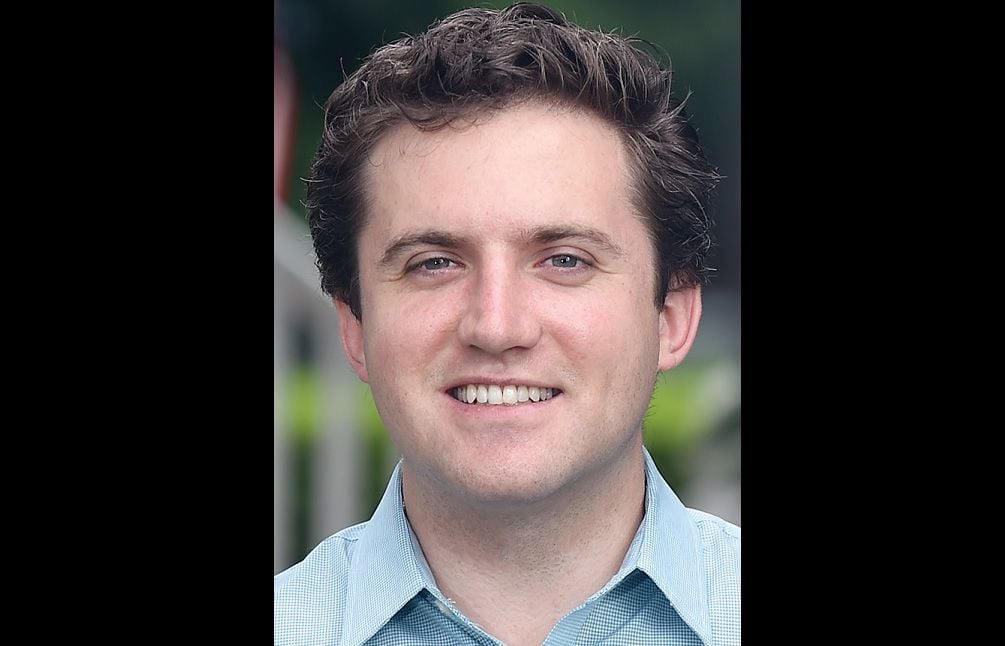 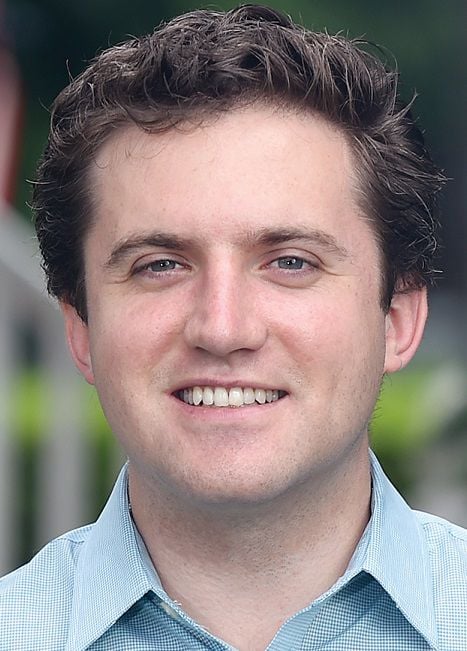 ALBANY – Does Albany have a new sheriff?

For years, tackling Albany’s corruption has usually fallen to the U.S. Attorney's Office in Manhattan, which has prosecuted scandal-ridden lawmakers and led the Buffalo Billion probe.

Through much of it, the Legislature has been largely on the sidelines.

Now, a 31-year-old assemblyman who will become a state senator in a couple weeks aims to push the Legislature into a role it has largely avoided in recent years: government accountability.

James Skoufis, an Orange County Democrat, was named this week as the new chairman of the Senate's Investigations and Government Operations Committee.

Immediately out of the box, Skoufis reminded Albany his committee holds subpoena power, and he won't be afraid to use it to compel witnesses to testify about suspected cases of government waste and abuse. He promises to shake up the moribund committee's portfolio, and he believes there needs to be new transparency and oversight of the state's multibillion economic development efforts.

In an interview, the incoming senator did not rule out, for instance, looking into the Buffalo Billion scandal, the corruption case that has led to multiple prison sentences this year but which has never been publicly examined by the Legislature.

"My feeling is that there are many unanswered questions involving that scandal,'' he said.

Skoufis recognizes the Legislature is unable to prosecute anyone for wrongdoing.

“But we do have tools that we far too often don’t use as a Legislature to hold individuals inside and outside government accountable," he said.

If he carries through, the Senate panel could become a vehicle – with subpoena power – to expose problems both in state and local governments.

“I think I’m a good fit for this committee," Skoufis said. "I’ve demonstrated independence over six years in the Assembly, regardless of party or position, and I think this position requires a certain level of independence and stomach, in some cases, to take on individuals or organizations or stakeholders that may need some stomach to take on."

There are dozens of committees, subcommittees and other panels in both houses with oversight and review edicts. Some are more diligent than others. There have been times when the Legislature was a potent investigatory force.

Richard Brodsky of Westchester County spent years using his Assembly committee to uncover everything from problems in the garbage hauling industry to taxpayer funded sweeteners used to help build a new stadium for the New York Yankees.

In 2000, then-Assemblyman William Parment, a Jamestown area Democrat, used his position as chairman of the Assembly’s Committee on Oversight, Analysis and Investigation to expose significant problems with an expensive computer software program that was failing to help foster care agencies track children exposed to abuse. In one hearing, Parment, who wasn’t a lawyer, used a methodical, ho-hum manner to slowly pick apart witnesses’ testimony to get to the bottom of the computer woes.

In the 1970s, then-Assembly Speaker Stanley Steingut created the Office of Legislative Oversight and Analysis. It would go on to uncover – and stop – decades of practice by the State Police of keeping records on citizens who were never part of any criminal investigation.

Skoufis said he asked Andrea Stewart-Cousins, the incoming Senate majority leader, to tap him for the investigations committee post. Like Parment, Skoufis is not a lawyer.

Skoufis was on a local town board in Orange County before winning his Assembly seat in 2012, making him, at age 24, the youngest member of the Assembly.

Despite his Democratic Party membership, Skoufis has already shown a willingness to take on Gov. Andrew M. Cuomo. The two have chilly relations after Skoufis criticized a number of Cuomo decisions, including questioning the governor’s program to give free tuition to some college students.

Skoufis also helped lead an unsuccessful effort to restore the state comptroller’s oversight of some economic development efforts that were stripped away several years ago.

In announcing his appointment to the post, Skoufis raised eyebrows at the Capitol with his news release. In the first paragraph, he noted the committee’s legal powers, including the “proactive” investigation of waste, fraud and abuse. It retains subpoena power to compel testimony from individuals both in and outside government.

The Skoufis release further noted the panel has the power to investigate Cuomo’s nominees for various state boards, commissions and councils.

"New Yorkers from every corner of the state are rightfully frustrated with a state government that’s non-transparent and unresponsive to the basic needs of people," Skoufis wrote. "It’s about time that changed … I intend to use the position to ensure every official and every agency at every level of the state is doing right by New Yorkers.”

Skoufis said he will, for starters, expand a whistleblower portal maintained by the committee for people to report fraud and abuse. He vowed his new committee will be “very active” both legislatively and with investigations.

In an interview, Skoufis said it would be inappropriate for him to identify specific areas of concentration for his panel until he takes office in January. But he already has a list.

“My impression is that the committee has not exercised its authority to the extent that it should have been exercising its authority over previous years,’’ he said.

Stewart-Cousins said Skoufis understands government needs to be more responsive and accountable to the public.

The next Senate leader said she was “proud” to offer Skoufis the job and, with his fellow Senate Democrats, they will “work tirelessly to clean up state government.’’

The head of the watchdog group said the Legislature has largely tamped down the investigative committees to aggressively monitor the executive branch. Partly, he said, that’s because of state law that puts so much power into the hands of the governor, such as in budgetary matters.

“It’s a different dynamic than you have in Washington,’’ where congressional oversight is a far more active business, he said.

Still, Horner said, it’s time a leader of the investigations committee pledges to be active.

“It’s their job. That’s what the committee is supposed to do,’’ he said.

Assemblyman Robin Schimminger, a Kenmore Democrat, has served with Skoufis and the two have pushed for more transparency and oversight of economic development spending.

“I know Jim Skoufis. I like Jim Skoufis," Schimminger said. "He is well meaning and committed to improving the operations of our state. His appointment to head up the committee on investigations is well-suited and I’m glad that he intends to utilize the investigations committee to investigate.’’

Skoufis said it is “an open question at this point" on whether his panel will look at what he called unanswered questions about the Buffalo Billion scandal.

“The jurisdiction of the committee involves abuse of public dollars," he said. "There’s a strong argument to be made that economic development falls into that catchment.’’

Assembly Speaker Carl Heastie, a Bronx Democrat who helped kill a measure this year providing additional transparency and oversight of economic development programs, also this week signaled things are going to be different for Cuomo in 2019. Asked Tuesday on WCNY's "Capitol Connection" public radio show if it is time for additional state procurement oversight, Heastie said: "I think that's a discussion we will have. I said I always wanted to have the governor as part of the discussion. But if he refuses to engage us, you can't just say: 'Reform yourself, Legislature, but everything in my world is perfect,' when we can all see that everything in the governor's world is not perfect.''

As Heastie talked of renewed interest in economic development oversight, this past week he tapped Assemblyman Thomas Abinanti, a Westchester County Democrat, to become the new chairman of the Assembly Oversight, Analysis and Investigation Committee, a post that years ago was a proactive panel for lawmakers to probe government agencies. This past year, Abinanti, who has criticized Cuomo on a number of fronts, endorsed activist Cynthia Nixon in her failed primary run against Cuomo.