A couple from Montana with no previous connection to the Buffalo area has moved here and purchased the historic Asa Ransom House in Clarence Hollow.

Bradley McCallum, who has operated resorts in this country and Europe, and his wife, Cassandra, a landscape architect, took over the bed and breakfast from Robert W. Lenz, who is retiring after four decades of ownership.

"We just fell in love with the place," Bradley McCallum said.

How much do they love it? The McCallums moved into the inn and are living there now.

They have eight rooms available for guests, host twice-weekly afternoon tea services and hope to reopen the restaurant for dinner late this year. But the McCallums don't plan to make any significant alterations to the venue anytime soon.

"We don't want to change things and lose the soul," Bradley McCallum said.

The bed and breakfast is named after Asa Ransom, a silversmith who in or around 1800 built a tavern and log home on a tract obtained from the Holland Land Company in what is now Clarence, according to a history on the house's website. Several years later, he built Erie County's first grist mill, whose ruins are visible on the rear of the property.

The oldest portion of the Asa Ransom House traces to 1853 and houses the gift shop and library. Lenz, who bought the property in the mid-1970s, strove to retain the home's 19th-century character while adding dining rooms in 1975 and a south wing completed in 1993.

"Pretend you're on a tour at a restored turn-of-the century home of a well-to-do Western New Yorker. Then duck under the red velvet rope, and sit down to eat," News restaurant critic Andrew Z. Galarneau wrote in a 2017 review that described the uneven experience as dining in a "time capsule."

Bradley McCallum said he has managed hotels and resorts for about 20 years in and around Michigan's Mackinac Island, Detroit, Chicago and, most recently, Montana. Cassandra McCallum is a designer and licensed landscape architect who runs her Studio McCallum firm.

Bradley McCallum said the couple was looking to buy their own venue, an inn with a restaurant or the room to host a restaurant, somewhere closer to family in the Midwest or Northeast that would allow them to "combine our two passions into one space."

He's an active historic preservationist who served on the executive board of the Michigan Historic Preservation Network, and as president of the Mackinac Arts Council, so they also sought a property with significant historic character.

A broker helped them wade through a number of potential sites before they settled on the Asa Ransom House late last year. Their due diligence included Cassandra McCallum's temporary move to this area for a couple of months to get a better feel for the region and the property.

After lengthy negotiations over the sale, the McCallums took over from Lenz on Aug. 16.

Bradley McCallum said the couple has made just a handful of changes so far, including opening up all eight available rooms to overnight guests after Lenz during the pandemic had limited the capacity. He also said they have expanded the afternoon tea service to twice a week, Wednesdays and Saturdays, to meet demand. Last Saturday's service had 60 or 70 patrons and they stopped taking reservations for this coming Saturday, he said.

"There's been a flood of business, which is really fantastic," Bradley McCallum said. They are preparing all of the food for the tea service in house, as is the case with the breakfast served to the inn's guests.

The restaurant has remained closed for nearly all of the pandemic but the McCallums would like to reopen it by the holiday season. Cassandra McCallum is an accomplished chef, her husband said, and she'll have input into the menu as she did in revamping the tea service menu.

They do plan some improvements inside and outside the house – such as improved Wi-Fi service – but nothing radical, Bradley McCallum said, though Cassandra McCallum will upgrade the gardens to a showcase level. 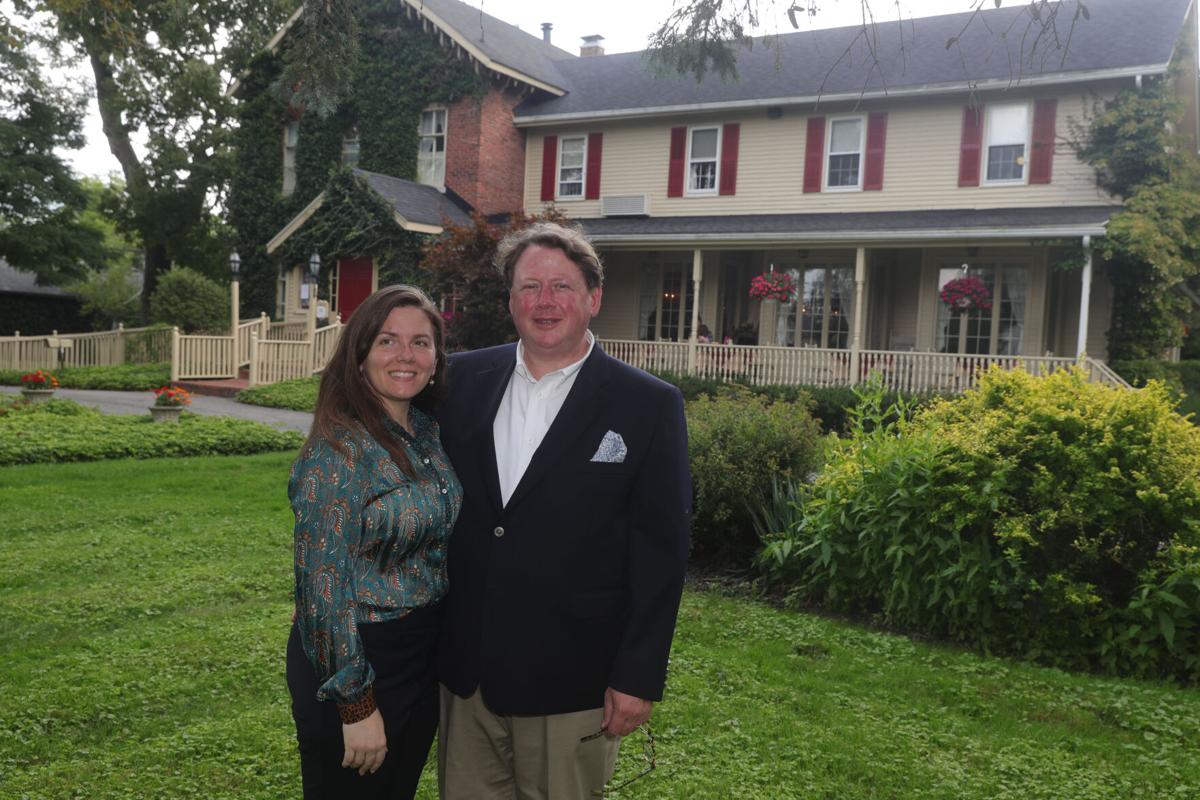 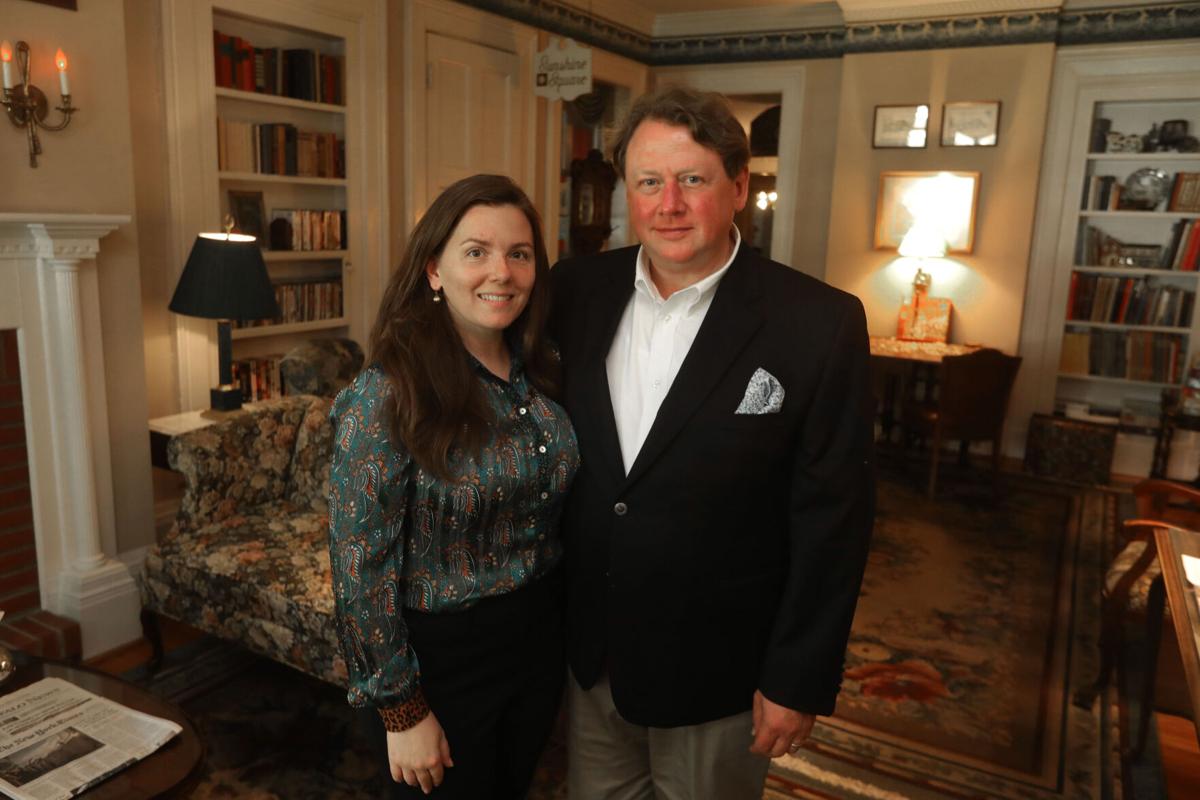 Bradley and Cassandra McCallum in the Asa Ransom House.