A million dollars from the trusts of two of Ralph C. Wilson Jr.'s daughters, both deceased, will go toward a relocated Barkyard, Buffalo's first dog park, and a planned entry garden by a pedestrian bridge that will be built in the park named in his honor.

In addition, $300,000 a year will go to the Ralph Wilson Park Conservancy, now being established, to support the maintenance of the garden and seasonal plantings at Ralph C. Wilson Jr. Centennial Park.

"I think this will be a great tribute to Dee Dee and Linda, and to Ralph's love for them," Mary Wilson, Ralph Wilson's widow, said of Edith "Dee Dee" Wilson and Linda Bogdan.

Wilson, a life trustee and board chair of the Ralph C. Wilson Jr. Foundation, said Covid-19 has demonstrated how much the public seeks the outdoors.

"Covid has brought greater light on how important parks and recreation and getting out and exercising is," she said.

On what would have been Ralph Wilson’s 100th birthday, his foundation will announce what will be the largest philanthropic gift ever made in Western New

The trusts were set up by Ralph Wilson, the founding owner of the Buffalo Bills, for his daughters prior to his death in March 2014.

Bogdan, who died in April 2009 at age 61, was the first female scout in the National Football League. She was also a vice president and assistant director of college and pro scouting for the Buffalo Bills during her 22 years with the team.

Dee Dee Wilson, who died in January 2020 at age 68, was a caregiver to her mother and to Wilson as he aged, and the two often traveled together and enjoyed playing tennis.

The two women, like their father, were avid tennis players. The trusts from the two women will also provide $125,000 annually across the region for youth tennis programming, court maintenance and capital repairs of courts.

The Ralph C. Wilson Jr. Foundation is working with Project Play Western New York partners and the Olmsted Parks Conservancy on a plan to resurface courts and offer tennis programming.

Mary Wilson on Ralph Wilson's legacy, giving back to WNY and being a Bills fan

“What Ralph brought here and what Ralph continues to bring here is truly mind-boggling to me,” Mary Wilson said of her late

The Barkyard's new location is being designed, along with the rest of the park, by Michael Van Valkenburgh Associates. The new topography will include lawn, gravel and other materials to make it more interesting for pets and people than its current location, which becomes a mud pit in winter.

The entry garden is expected to have an expansive view of Lake Erie.

“On behalf of the residents of Buffalo and Western New York, I once again thank the Wilson family for their continued generosity, which is driving the creation of Ralph C. Wilson Jr. Centennial Park," Mayor Byron Brown said.

The park's transformation is expected to be completed in 2024.

"Buffalo is a better place because of the Wilson family, and we are extremely grateful,” Brown said.

The Editorial Board: It seems to us – The Wilsons’ generosity, a change for Dyngus Day and 14,999 bees too many

It seems the Wilsons aren’t done with us yet. In addition to splitting some $1.4 billion between Buffalo and Southeast Michigan via the Ralph …

The agency overseeing the effort has authorized its primary consultant to prepare the final documents that will guide the contractors' work.

The initial work will involve the proposed pedestrian bridge that will connect the park to the adjacent West Side neighborhood.

City officials and the Buffalo Urban Development Corp. are gearing up for the massive $50 million project to begin in early 2022.

LaSalle Park gets new name in honor of Bills founder

LaSalle Park officially has a new name to go with its upcoming transformation. It is now Ralph C. Wilson Jr. Centennial Park in honor of the Buffalo Bills founder and owner for more than 50 years and his dedication to Western New York. The Buffalo Common Council and Mayor Byron W. Brown officially renamed the park Tuesday as Mary Wilson, wife

With a mandate to give away $1.2 billion over 20 years, the Ralph C. Wilson Jr. Foundation figures to have an unprecedented philanthropic impact in Western New York. Around $300 million has been spent or promised so far in the region since the foundation formed five years ago – with a similar amount tallied in Southeast Michigan, the foundation’s

The next step in giving LaSalle Park the Canalside treatment will be to replace the Hudson Street pedestrian bridge over Interstate 190 and create a water-capturing lagoon, according to Gov. Andrew M. Cuomo, who made the announcement at the Col. Ward Pumping Station on Porter Avenue on Sunday. Rediscovery and redevelopment of Buffalo’s waterfront have been key to Buffalo’s 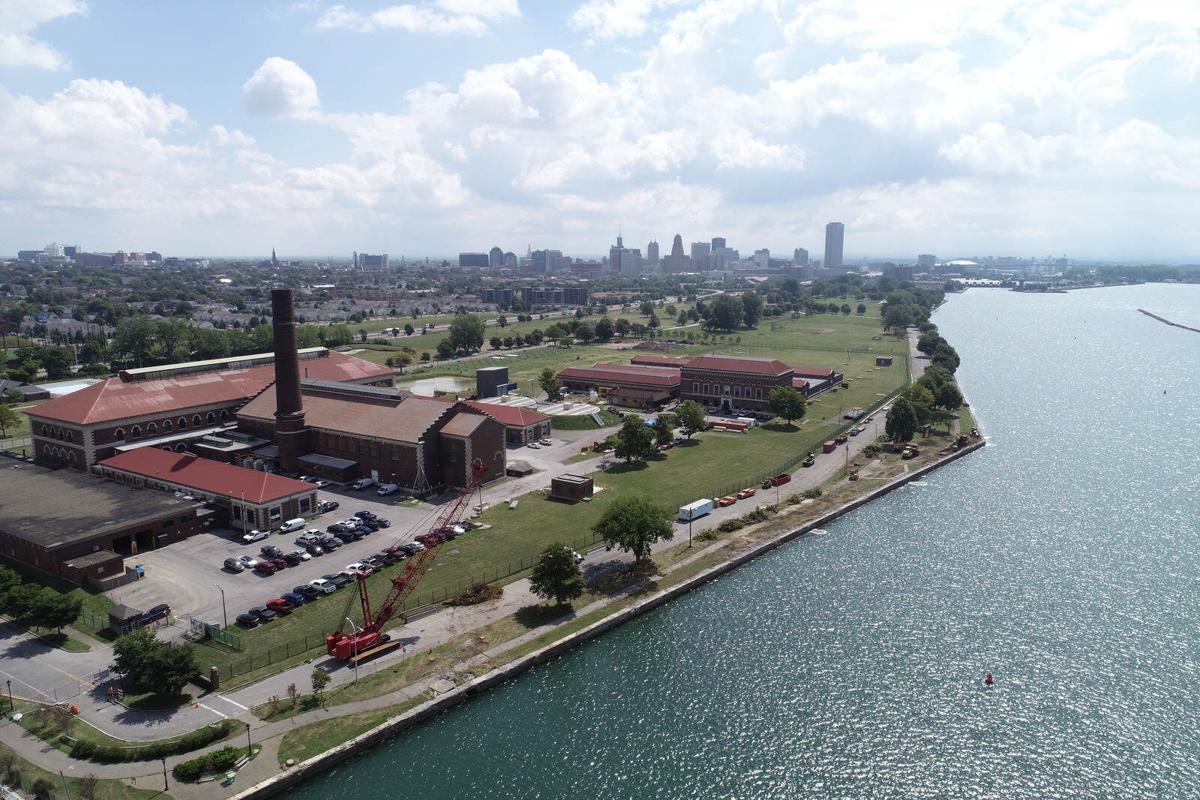 Heavy equipment works on the shoreline in front of the Col. Ward Pumping Station, left, at the entrance to Ralph C. Wilson Centennial Park on the Buffalo waterfront, Tuesday, Aug. 25, 2020.