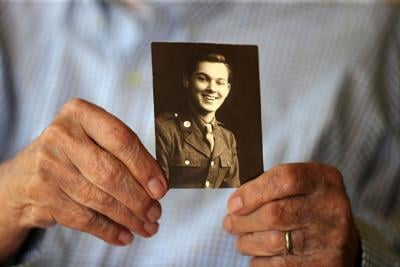 Donald F. Howland’s father wanted to cross the Atlantic and defend America in World War I, but after enlisting he was sent to Texas and assigned to an Army cavalry unit complete with horses.

For Donald and his two brothers, their dad’s stories about his horse, whose name was “Pete,” evoked images of another time when soldiers sat proudly atop their mounts and prepared to charge into battle.

And while their dad was denied the chance to fight for the country, his patriotism inspired his sons to take up arms and defend America in World War II.

“We were brought up to love our country,” the 96-year-old Howland said.

Living out that kind of love proved dangerous. A City of Tonawanda High School graduate, Howland would earn five battle stars and the Combat Infantry badge as he and members of Cannon Company, part of the Army’s 2nd Infantry Division, fought their way across Europe.

A day after the June 6, 1944, D-Day Invasion, Howland’s company set foot on the Normandy beach head and was put to work shelling the enemy with their six Howitzers. This piece of artillery proved invaluable. It was a nimble cannon mounted on two wheels for towing and able to accurately strike targets as far as 7 miles away.

The enemy sought to destroy the Howitzers and their crews from the air.

“We were sent to the Battle of St. Lo and were strafed by a plane. We hit the ground and I could hear the bullets pounding into the earth,” Howland said.

For years, The Buffalo News has been telling the stories of Western New York veterans who served our country in the armed services in World Wa…

Weeks later that summer at the Battle of Brest, the Germans had turned their massive coastal guns inland and were bombarding Allied forces.

"The shells sounded like freight cars and you could almost reach up and touch them," Howland said. "My captain asked me to pray Hail Marys. We said a few together and survived."

In the Battle of the Bulge during the winter of 1944-45, he said he was fortunate to be spared the misery many soldiers experienced in one of Europe’s worst winters on record.

“We lived three men to a foxhole that was covered and had a small pot belly stove,” he said.

The enemy did its best to make life uncomfortable.

“We were in Elsenborn, Belgium, and there was quite a lot of snow and I was sent with another soldier to see if we could repair a telephone wire. Part of my duties was as a radio man. We had to go up a hill in the open. All of a sudden, we got fired on by an 88-millimeter gun. We dove into snow and when it stopped, we ran to the foxhole and the enemy started firing again. It was all very fast. It lasted seconds,” he said.

In Leipzig, Germany, Howland recalled yet another close call when he and his captain went on a reconnaissance mission to scout out a suitable location for their Howitzers.

“We had gone past the front lines and came under fire from German riflemen. There were bullets flying all around us. I could hear them. The captain said, ‘Let’s get the hell out of here,’ and we jumped in the Jeep,” Howland said.

But the incident that haunts his memories is of a German soldier who was not so lucky.

“We were out stringing telephone cable in a field and we spotted a dead German all by himself. The guy I was with said, ‘Let’s go look at this,’ and I said, ‘Nah, I don’t want to.’ He said, ‘Come on.’ So anyway I went with him.

“The German was a young kid like me. He looked about the same age I was, which was 19.

"I thought what a shame it was that a good lookin’ young kid like this is lying dead in a field.”

Howland’s unit later advanced into Czechoslovakia for the final weeks of the war in the spring of 1945 before being sent to a tent city in the French port of Le Havre, where he would sail for home in July.

He recalls the moment he walked into his parents’ Elmwood Park home in Tonawanda like it was yesterday.

“I hadn’t seen my brother Ben for four years. He had fought in the Pacific. He was there and he stared at me. It was like he couldn’t take his eyes off me. My sister and mother cried. My dad didn’t cry, but he was overcome with emotion.”

The war behind him, Howland became an accountant, married the former Dorothy Prisaznuk and they raised three daughters and a son. The Amherst resident worked full-time until he was 69 and then part-time for another 15 years.

When asked if he thinks about his military service, Howland said: “Sometimes I do and sometimes I just want to forget.”

But Howland said he realizes the merit in telling his story to let others know freedom comes at a cost. 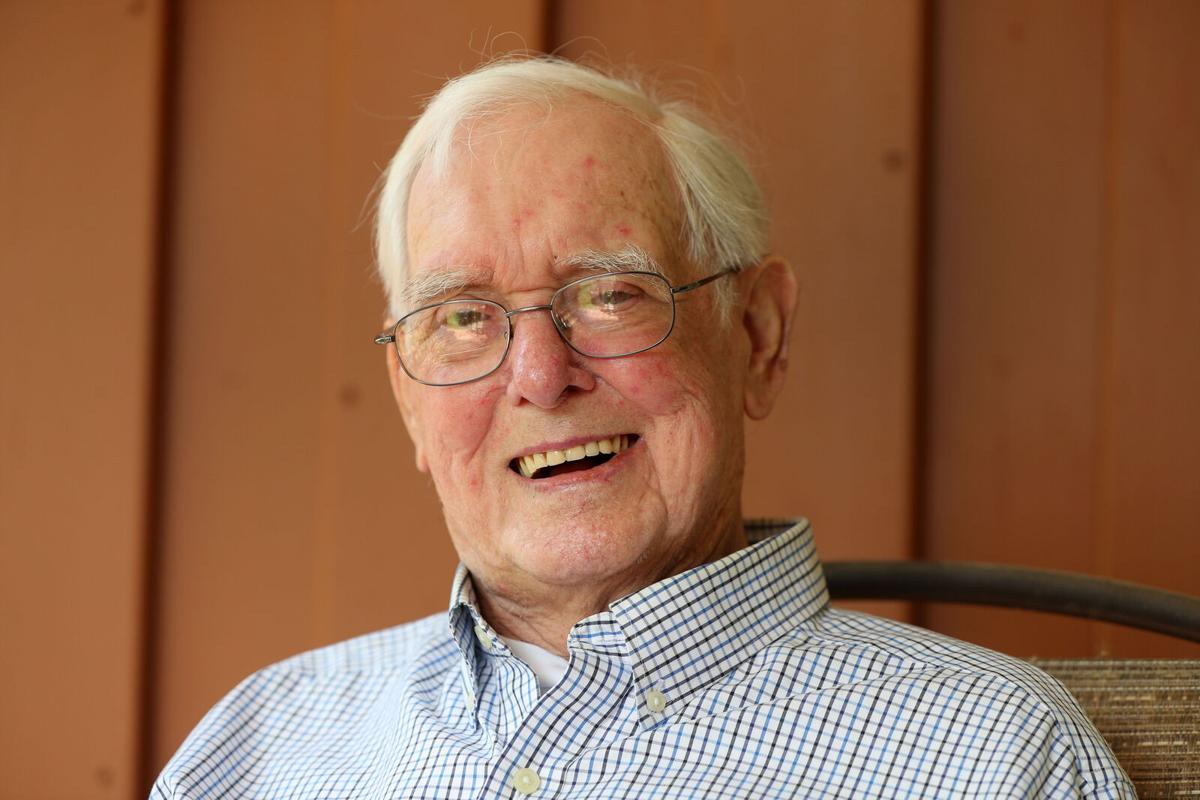 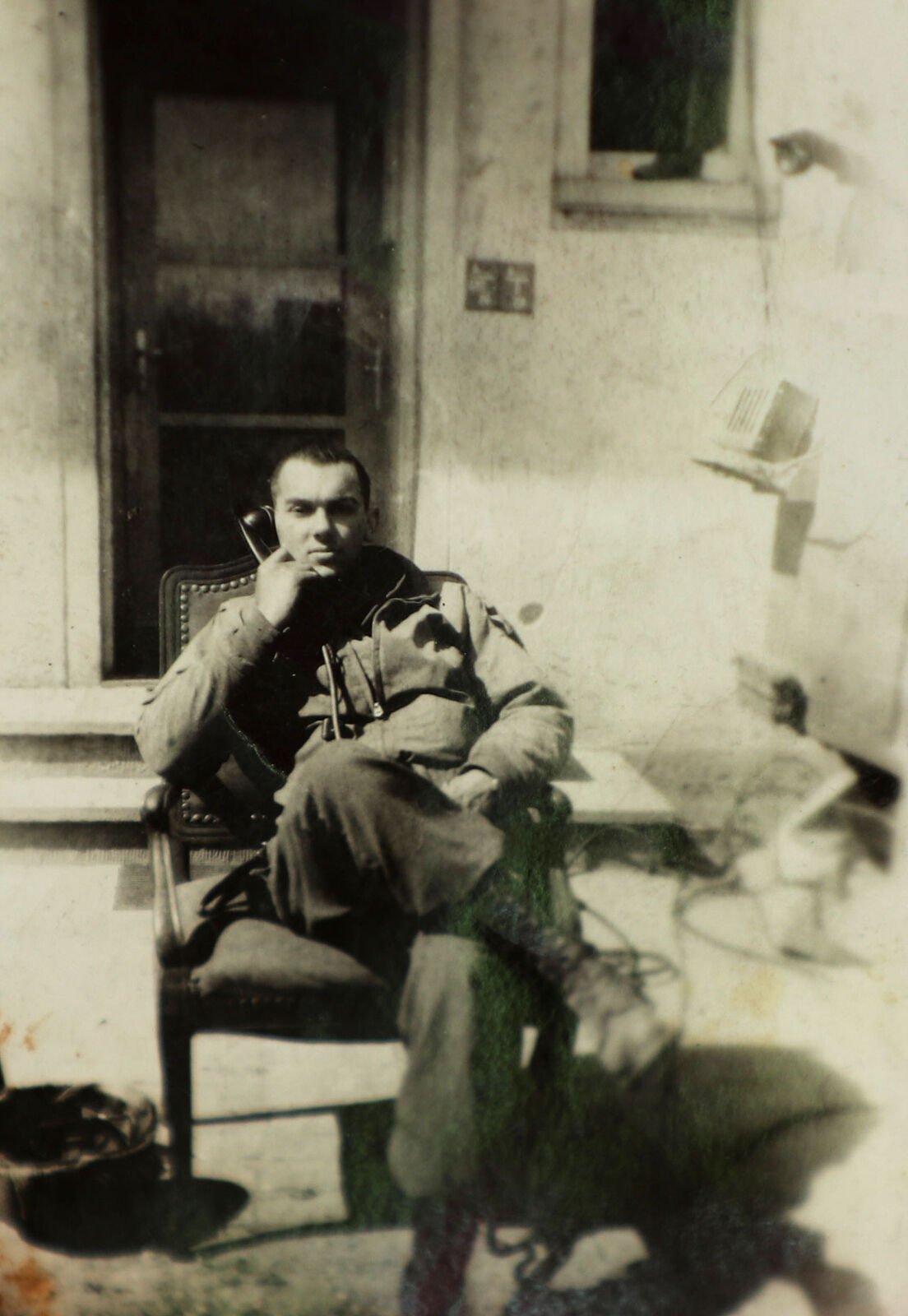 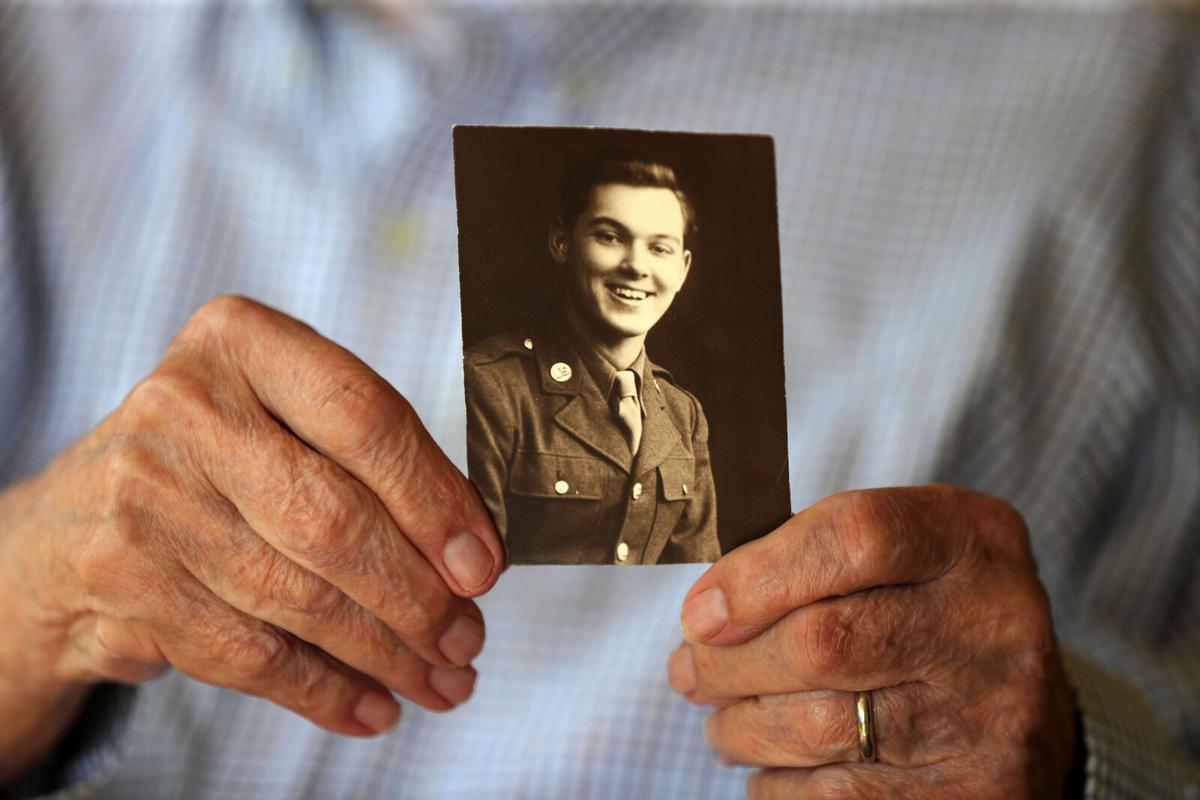 World War II Army veteran Donald F. Howland holds a photo of himself from his time in the service at his home in Amherst, Tuesday, May 25, 2021.