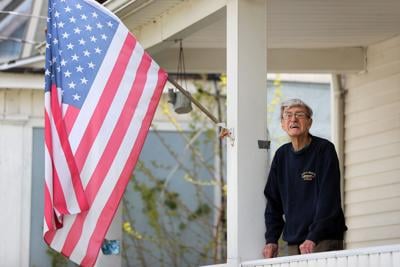 Support this work for $1 a month
Thomas J. Prohaska

In May and June, The Buffalo News will tell the stories of some of Western New York’s veterans who served in the armed services in World War II and beyond.

Know of a veteran's story we should tell? Let us know by calling 849-4444, emailing citydesk@buffnews.com or submitting a name at buffalonews.com/news-tip/.

As an artilleryman, Theodore W. Balliett saw nearly a year of combat in France and Germany and won a Bronze Star for courage under fire.

Today, as he prepares to celebrate his 98th birthday in June, Balliett says his wartime experiences were no big deal.

"I had a job to do. I was called to do the job. I did the job. The job is over and we came home," Balliett said during an interview in his Buffalo home. "The World War II veterans, as a majority, did not come home and talk about the war. I don't know why. We just didn't."

He said he never thought he would be killed, unlike some of his buddies who expected to die – and did. Balliett survived several incidents without a scratch.

"I'm not a hero. The real heroes are dead," said Balliett. "It was still combat, but it wasn't as bad as infantry combat."

Casualties were light at first.

"The first time we went forward, it was quiet and peaceful. We were supposed to dig a foxhole," Balliett said. "If you've ever been to Normandy, you can't dig a foxhole like you see on television. You had roots, you had rock. It was just enough to lay down, but it's not really protecting you."

That's where Balliett survived a "tree burst," a shell that struck a tree and turned the wood into shrapnel, killing the soldier in the next hole. And it's where he successfully fled from a barn the Germans obliterated with shell fire while he was trying to sleep there.

After the Germans retreated from Normandy, Balliett and his buddies checked out what their guns had done in the Falaise Gap, an escape route the Allies cut off.

"They took us artillery people on a tour. That sounds good, huh?" Balliett said. "You could see the bodies burnt. It stunk. It made me sick to my stomach, all these bodies of the Germans. We wiped them out there."

He earned his Bronze Star Feb. 1, 1945, near Heckhuscheid, Germany.

The citation says Pfc. Balliett "assisted in establishing an artillery observation post and traversed an open field through intense shelling to lay the necessary telephone wire. On three occasions he advanced through unrelenting fire to locate and repair breaks in the line."

Balliett, a Buffalo native who attended School 45 and Lafayette High School in 1941, was drafted and assigned to the artillery during basic training at Fort Bragg, N.C.

He crossed the Atlantic aboard the USS John Ericsson, which had been a luxury liner before the Pentagon requisitioned it.

"By the time you got to England, you were worn out," Balliett said. "You only had two meals a day because there were just too many men. By the time you got to stand up at the table – you didn't have to sit – you didn't feel like eating. It wasn't that good. The Red Cross gave us a package containing soap. It didn't lather like it was supposed to. It never cleaned you."

After arrival in England, the men ran for the showers on shore. "Ice-cold water," Balliett said.

After the war, he returned to Buffalo, married the former Bernice Twist, who died in 1989, and had two daughters, Suzanne, who is deceased, and Jo Ann Michael. He worked 39 years at Western Electric.

It's possible none of that might have happened if President Harry S. Truman hadn't ordered two atomic bombs to be dropped on Japan in 1945, making it unnecessary for Balliett and his buddies to invade that country after the Germans surrendered.

"That's why I have a Truman calendar," said Balliett, pointing to the wall of his home.

During his time as a communications officer during World War II, U.S. Army Sgt. Arthur P. Miller cultivated a broad range of memories from triumphant to tragic.

Wednesday, 103 years after Cpl. William G. Leyden was wounded and decorated for heroism, his descendants received the medals he had earned – awards that had been lost for more than half a century.

Stories of Honor: From a Niagara County farm to sports to the Battle of Iwo Jima

The 97-year-old Army Air Forces veteran was honorably discharged as a sergeant in October 1945 with an Air Medal with two oak leaf clusters, a Distinguished Unit Badge and the European, African and Middle Eastern Ribbon with six battle stars.

Stories of Honor: Orphaned at 5, a disciplined childhood prepared WWII vet for the Army

Elmer Wienclawski served in the Army and was was there during the three-week Battle of Saipan that began June 15, 1944. In 1946, he returned to Buffalo.

Stories of Honor: He turned 18 at battle. At 94, he still thinks of the guys who didn't return

Over the next two months, The Buffalo News will tell the stories of some of Western New York’s veterans who served in the armed services in Wo…

WWII veteran Arthur Miller was part of the 3rd Infantry Division where he saw action in Italy, France and North Africa. 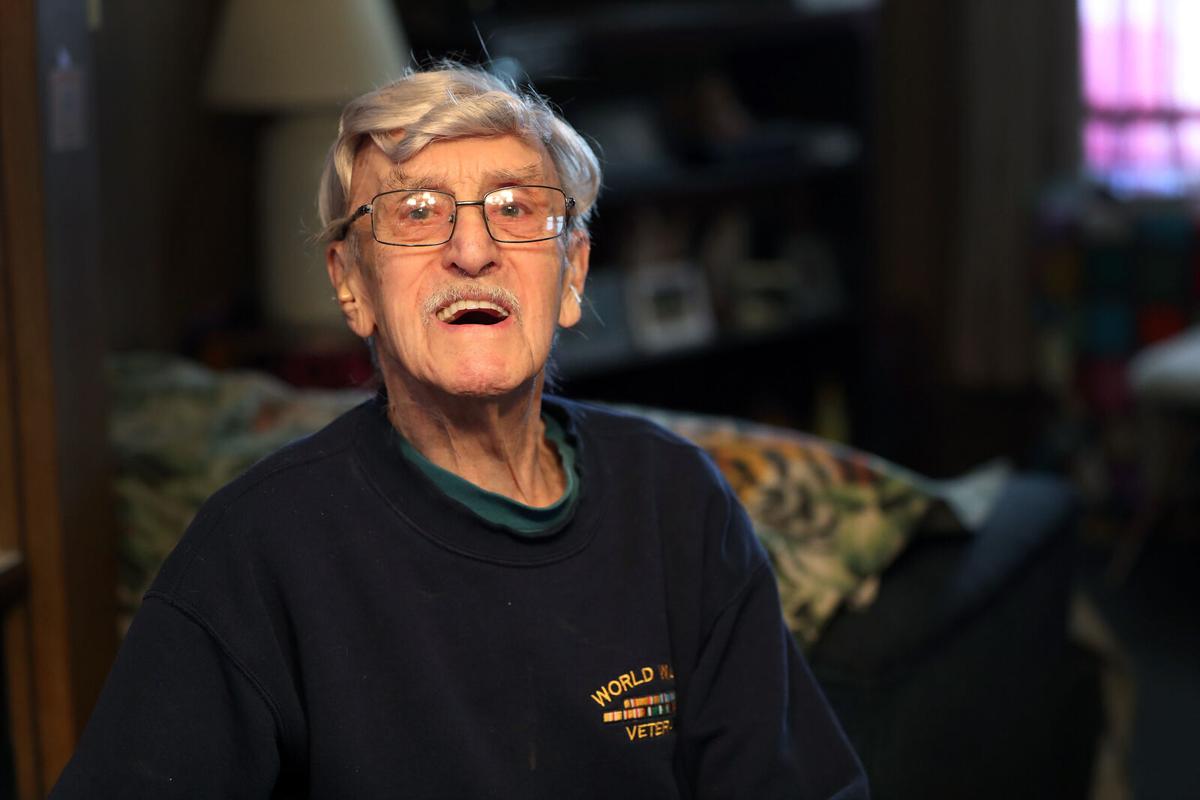 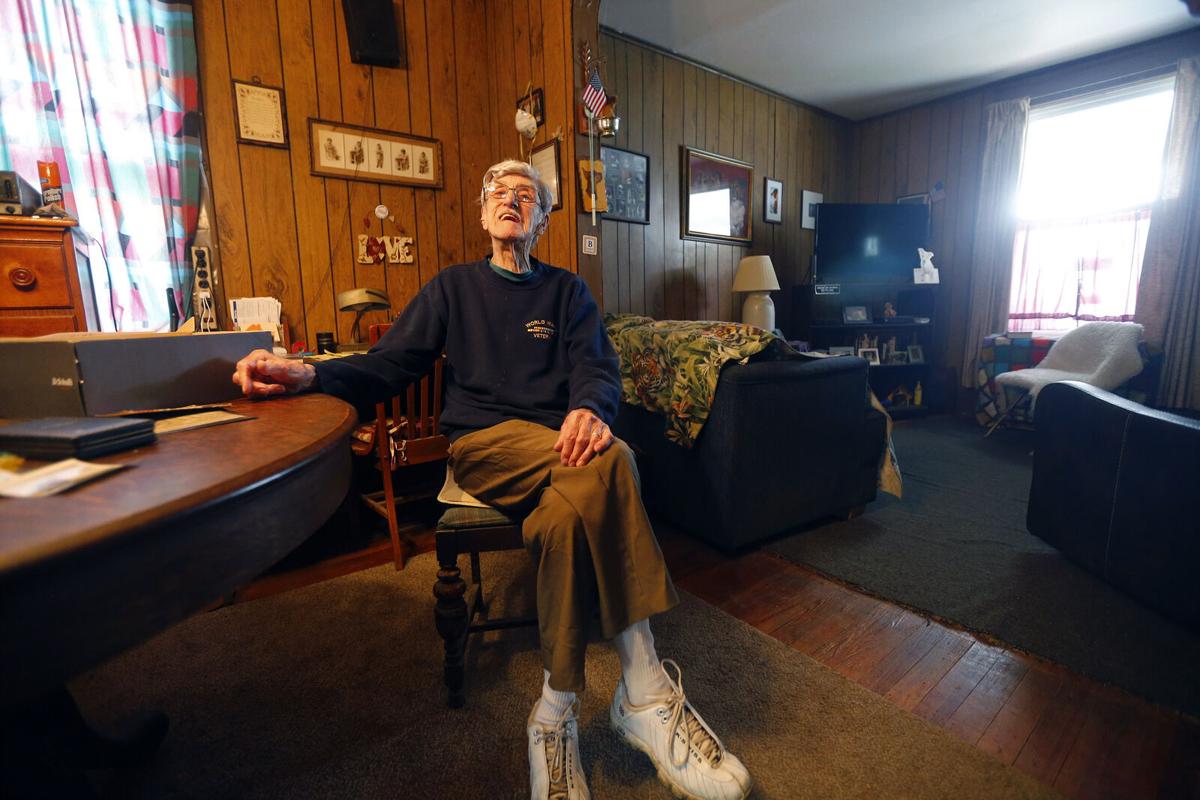 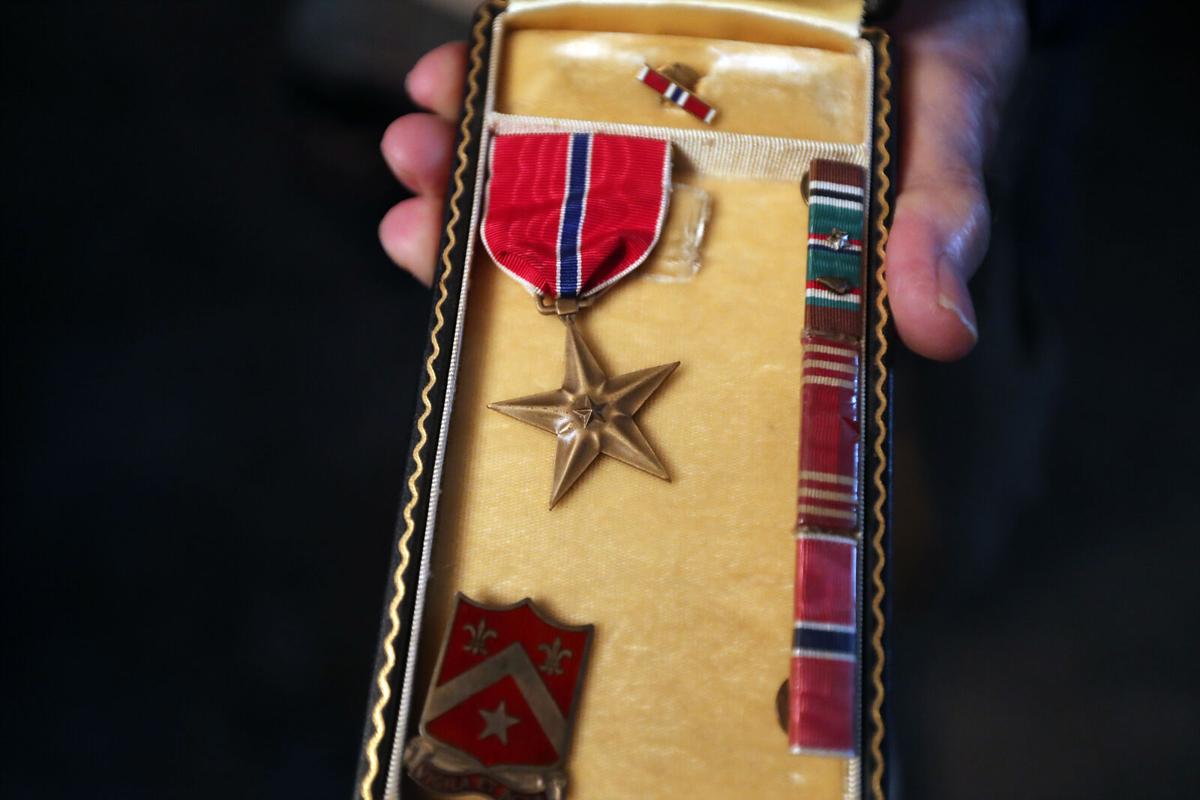 World War II veteran Ted Balliett shows his Bronze Star and other awards at his home in Buffalo. 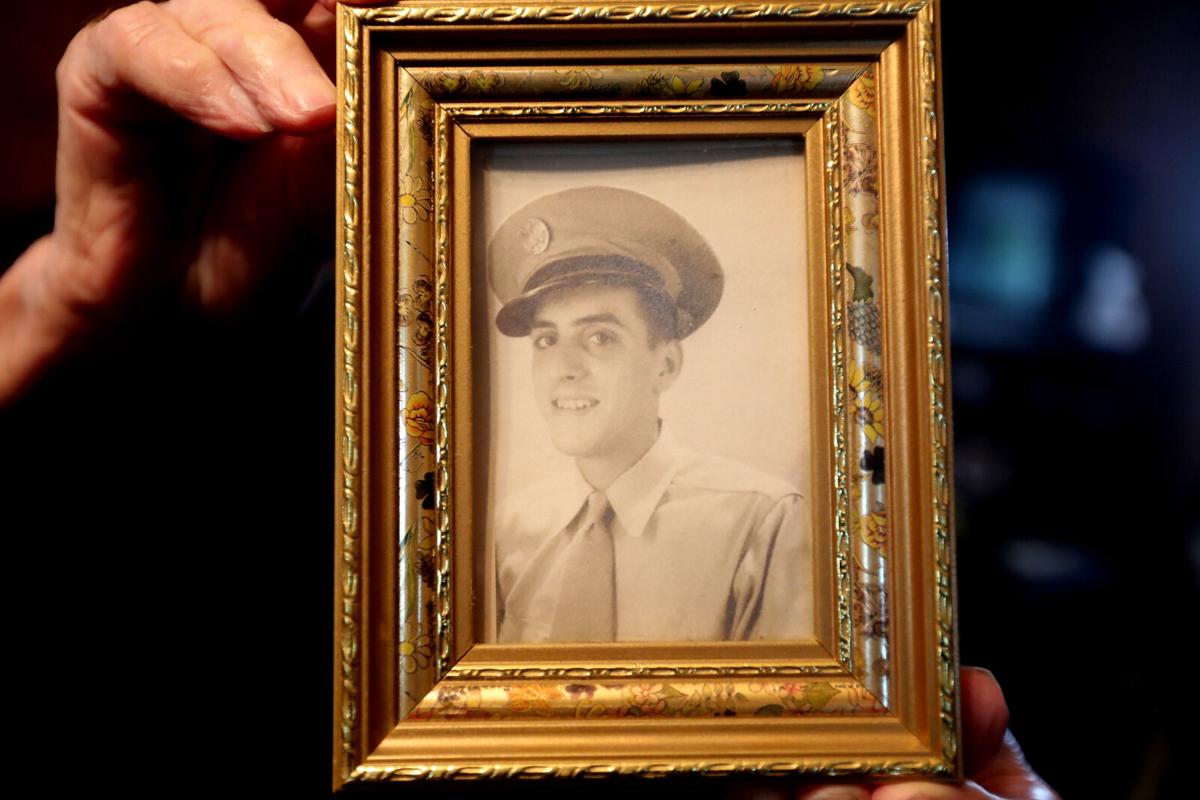 World War II veteran Ted Balliett holds an old photo of him from his days in the Army. 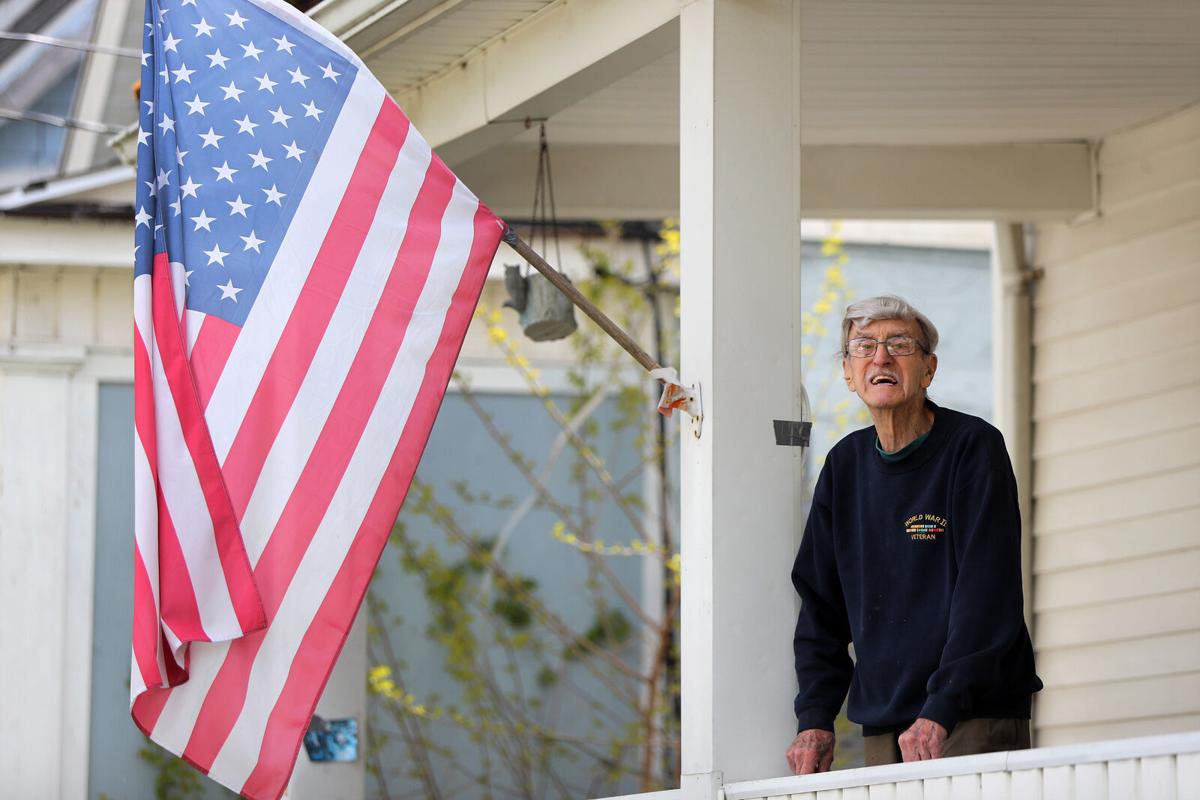