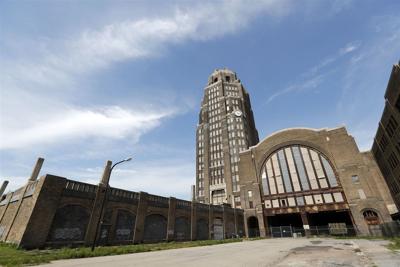 The cost to restore Buffalo's Central Terminal has long been thought to be in the neighborhood of $100 million.

The actual price tag, it turns out, is nearly three times that much – $276.5 million to $296.5 million. That's the conclusion of a cost analysis contained in a master plan for the art deco landmark being released today at 1 p.m.

The plan foresees the Central Terminal's future as a vibrant destination with economic and social benefits to the Broadway-Fillmore neighborhood and the wider East Side. In the short-term, the plan calls for making the concourse, waiting room and restaurant, and the plaza and grounds outside, a hub of activity to position the property for future development.

On Saturday, developer Douglas Jemal, who is redeveloping Seneca One and the former Statler, and vying to do the same at the Richardson Olmsted Complex, reiterated he wants to take on the Central Terminal, too.

The Central Terminal, which closed after Amtrak left in 1979, is Buffalo's last major architectural giant still to be restored, and the only one on the East Side. The station was designed by Alfred Fellheimer, who was also the lead architect for the Grand Central Terminal in New York City, and Steward Wagner for the New York Central Railroad.

"It's the most beloved building in Buffalo," said Monica Pellegrino Faix, executive director of the nonprofit Central Terminal Restoration Corp. "Addressing the Central Terminal is the most important thing we can do to symbolize that the economic opportunities Buffalo is experiencing is for everybody."

The sprawling 523,000-square-foot property – the size of nine football fields – consists of the concourse building, a 17-story tower and the baggage and mail building. It's surrounded by 58 acres, 12 of them owned by the restoration corporation. The property is on the National Register of Historic Places.

The plan was developed over the past 12 months with extensive input from Broadway-Fillmore residents and the broader community.

There were three public meetings that drew 325 participants; six focus groups focused on such areas as housing, development, transportation and arts and culture; surveys; five meetings with the local Community Advisory Council; and an extensive analysis of the property's condition.

It was the most in-depth study ever completed on the Central Terminal, Pellegrino Faix said.

"We have a path forward out of this planning process that is grounded in information and knowledge and community support," Pellegrino-Faix said. "It's less prescriptive than holistic."

The plan calls for using the passenger concourse, waiting room and former restaurant space, together with an outdoor public plaza, the adjacent grounds and a grand staircase that would be used to connect the lawn to the plaza. There would be a drop-off for vehicles at the tower entry, and an entrance to long-dormant underground parking from the ramp leading to the Central Terminal from a roundabout on Paderewski Drive.

This part of the complex, centered around the concourse, is referred to as the "Civic Commons." It's intended to offer year-round events and activities.

The plan calls for an underground geothermal system to support cooling in the summer and heating in the winter, and photovoltaic solar panels.

Suggested uses for the buildings include housing, an innovation hub, a film industry post-production and screening center, a cultural center and a non-profit anchor.

The plan was developed with input from a bevy of consultants, led by the SmithGroup, an integrated design firm in Detroit.

Broadway-Fillmore resident Mohammad Choudhury said he appreciated the building's history and the decision-making process that went into the master plan. He is excited about what a revitalized Central Terminal could mean for nearby residents.

"It's going to be one of the great anchors for the whole community," Choudhury said.

Paul Harris praised the process leading to the master plan and the diversity of the participants.

"I've seen poor community engagement where people are given a token voice, and this hasn't been that way," Harris said. "I feel everyone's had an opportunity to chime in and be heard."

Harris said he was surprised to be asked to help select the lead consultant.

Pellegrino Faix said she expects to issue a request for expression of interest to developers in the near future.

Among the development costs are:

Making the building stable, safe and dry alone would cost around $100 million, the analysis found.

"It's a very expensive proposition of opening up 90-year-old walls and finding the condition of the steel, and needing to refabricate certain stone work and metal detailing that has deteriorated over this long period of neglect," Lima said.

Lima predicted a restored Central Terminal would be a national and even international destination.

"It's an extraordinary piece of architecture in America," Lima said. "It will become a national destination when it's restored to its original glory. I would argue in the same way that the addition to the Albright-Knox museum will become an international event, this reimagined terminal is also going to be a must-see destination if you're in the Buffalo Niagara area."

Lima said it's imperative that community leadership make the project a priority.

"It needs to be clear there is a shared vision and political leadership behind it," Lima said. "In my experience the money follows."

Rep. Brian Higgins, who is seeking federal dollars for the project, said the historic landmark's importance can't be underestimated.

"The Central Terminal is the catalyst for the economic revival of the entirety of the Broadway-Fillmore neighborhood," Higgins said.

Jemal, the developer who has taken Buffalo by storm in recent years by tackling some of Buffalo's biggest, most intractable and expensive projects, considers the Central Terminal "a Buffalo masterpiece second to none."

Jemal isn't intimidated by the cost estimates, saying he's found as an experienced developer such estimates are often way off.

He said he appreciates how the Central Terminal Restoration Corp. involved the community in developing the master plan.

The Editorial Board: It’s expensive, but a master plan points a way forward for Central Terminal

At least now, there’s a figure to work with: A new report concludes that it will cost up to $297 million to restore the Central Terminal, Buff…

After decades of neglect and several years of labor to restore the grandeur of the lower floors, the rest of the Statler is coming back – including part of it as a hotel.

Making the Central Terminal grounds more welcoming and attracting year-round events are among the strategies being pursued at the historic former train station.

Douglas Jemal sets eyes on Central Terminal: 'It's got to be done'

"I think it's one of the top 10 coolest buildings in the world," Jemal said of the historic art deco building.

The first of four public meetings intended to provide a road map for the future of the Central Terminal and its connection to the Broadway Fillmore neighborhood will be held virtually at 6 p.m. Oct. 8.

The person who helped guide the comeback of the Richardson Olmsted Campus will try to do the same with the Central Terminal. Monica Pellegrino Faix has been named executive director of the Central Terminal Restoration Corp., where she will put urban planning, a keen interest in historic preservation and experience in large-scale redevelopment to work on behalf of the

A tangible sign of development at the Central Terminal, the state-funded project raises hopes that even more improvements will come to the 1926 art deco

Developer dropped from Central Terminal project says he was 'blindsided'

The Central Terminal Restoration Corp. announced Friday that it has severed negotiations with designated developer Harry Stinson, and it will now undertake a comprehensive reuse study in 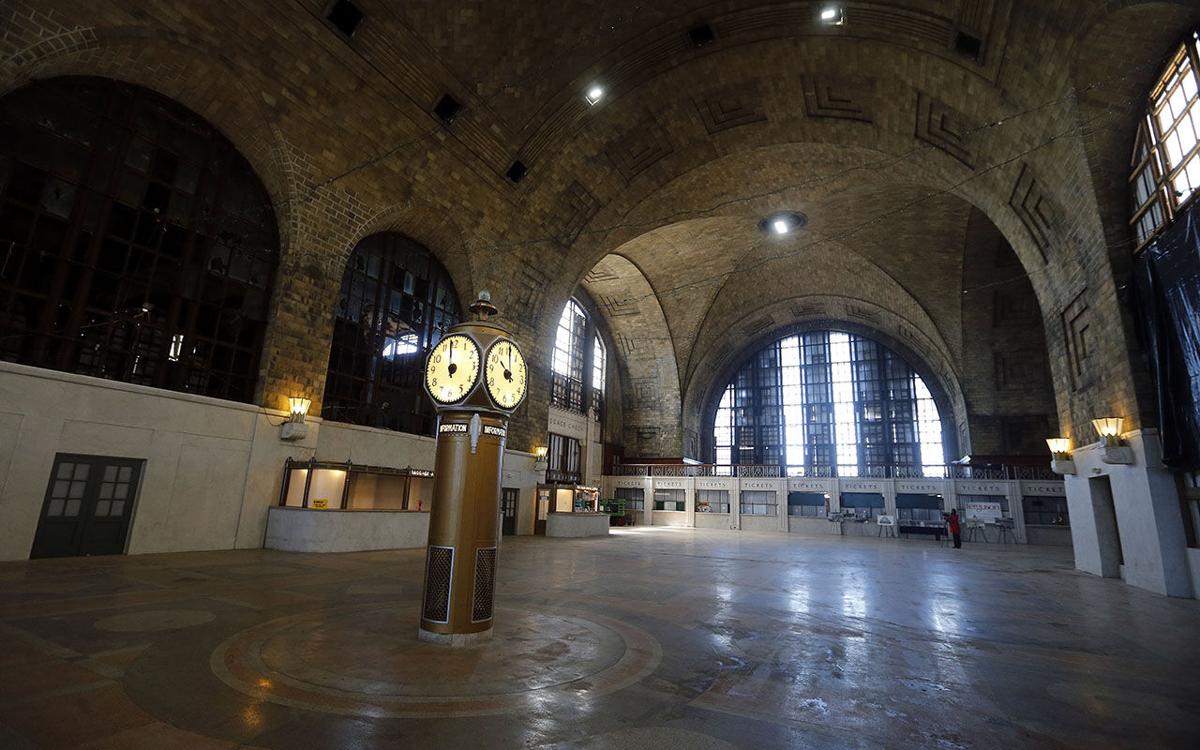 A new master plan, being released Monday, calls for the Central Terminal's concourse to be used for events. The building is on the National Register of Historic Places. 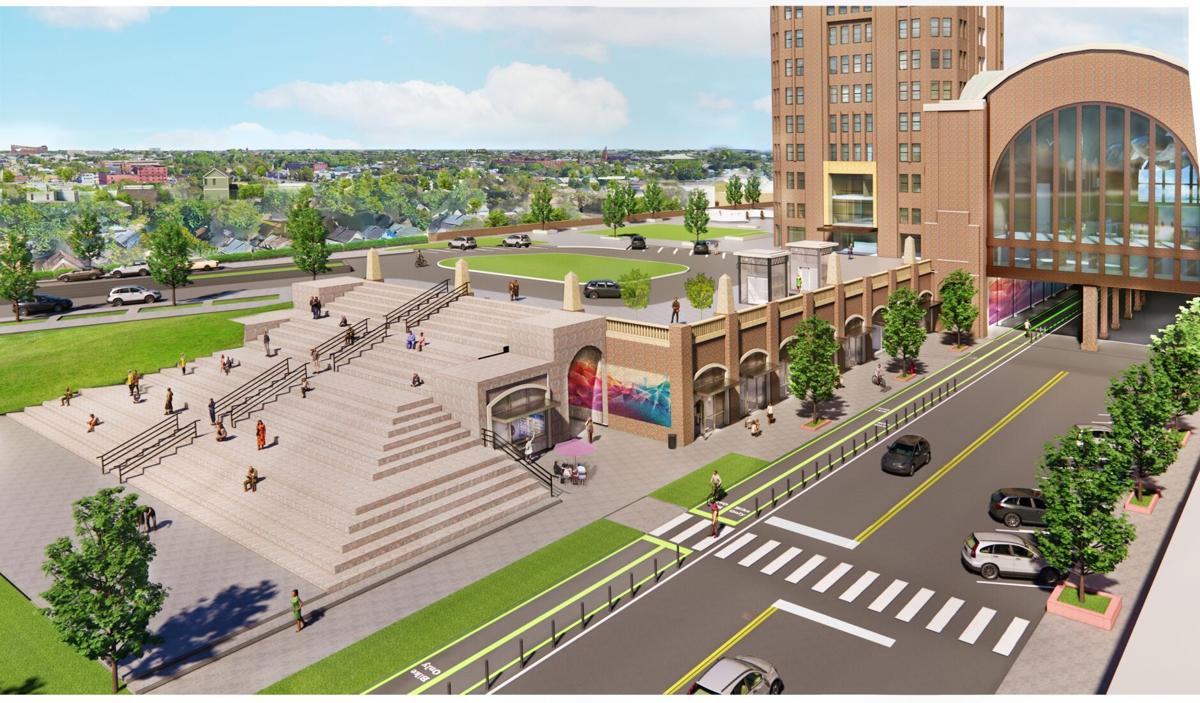 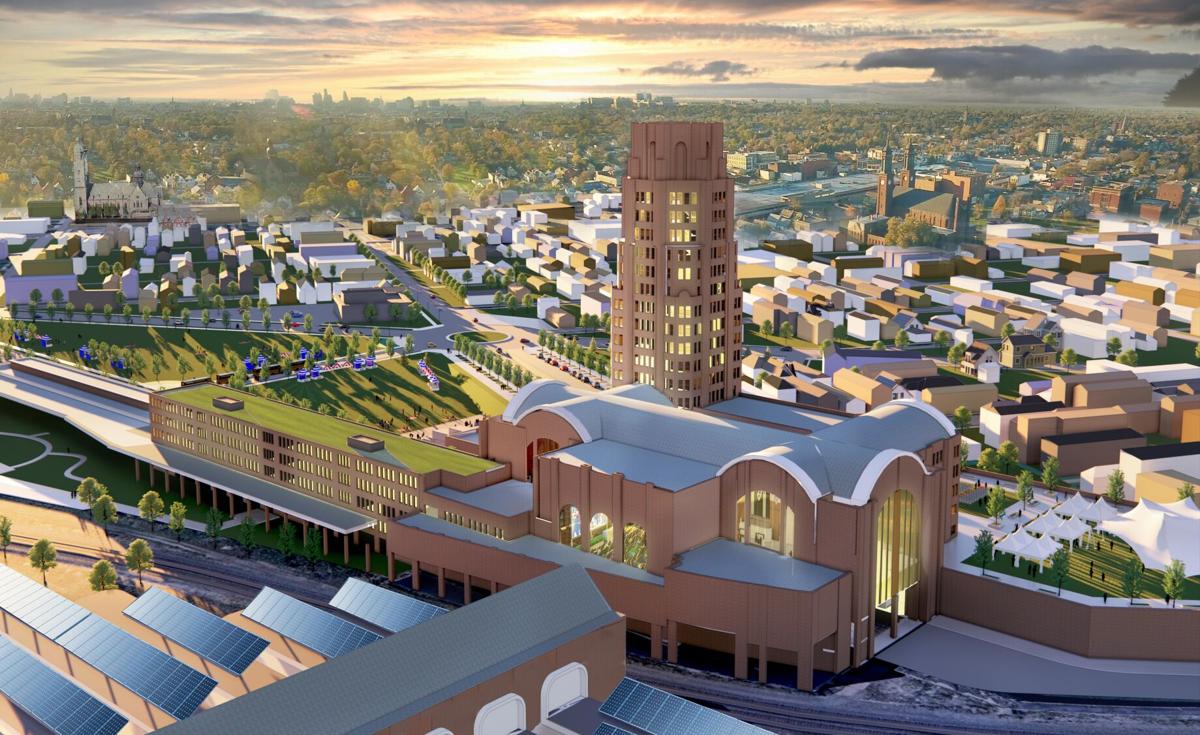