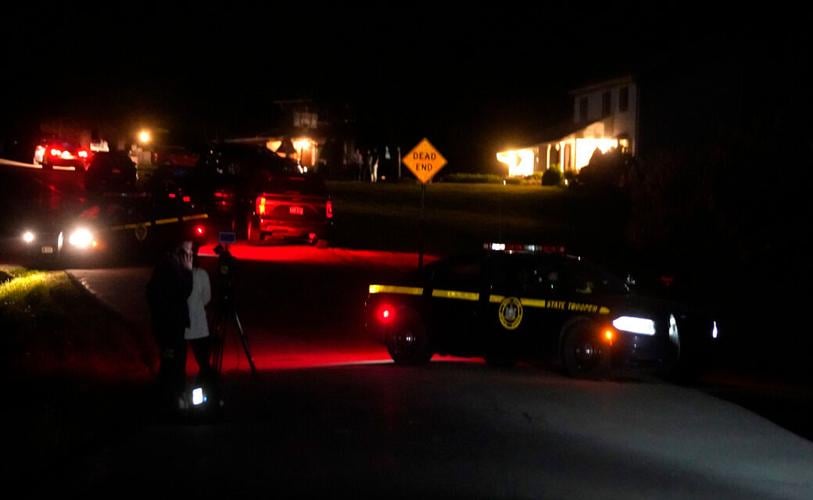 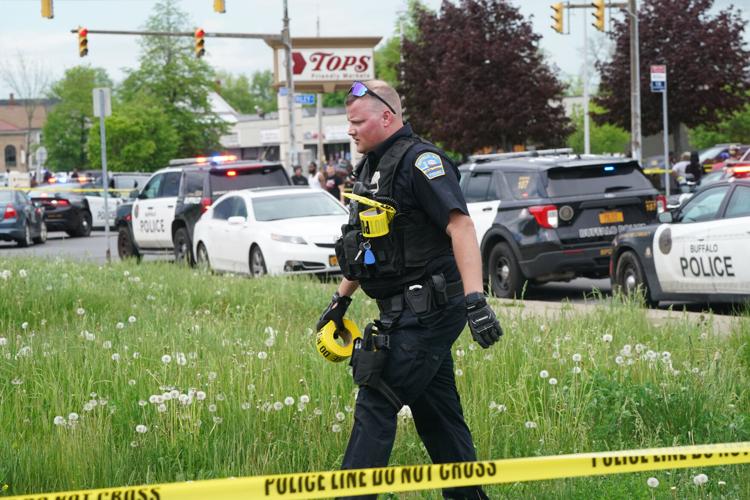 The gunman accused of killing 10 people, and wounding three others, Saturday afternoon at a Buffalo supermarket is a teenager who drove 3½ hours from his small town in the Southern Tier to carry out the hate-fueled attack, authorities said.

Gendron pleaded not guilty and was remanded without bail. He told the judge "I understand my charges." Defense attorney Brian Parker requested a forensic examination for Gendron, whose next court appearance is set for 9:30 a.m. Thursday.

Authorities say they are investigating the shooting as a racially motivated hate crime. Gendron is white and 11 of the 13 shooting victims are Black, officials said.

A government official told The Buffalo News that the semi-automatic gun that Gendron used in the shooting had “the N-word” spelled out in white paint on the barrel, and also the number 14.

The official said “14” refers to a 14-word statement that is popular with white supremacists.

“The statement is, ‘We must secure the existence of our people and a future for white people,’ ” the official said. The statement is attributed to the late David Lane, an activist with a white supremacist terror group known as The Order.

"This is pure evil, a racially motivated hate crime," said John Garcia, the Erie County Sheriff, citing certain pieces of evidence that he chose not to elaborate upon.

Gendron, who turns 19 next month, has a minimal online presence under that name.

Gendron was a student at SUNY Broome Community College, in Broome County near Binghamton, but he is no longer studying there. A college spokeswoman did not elaborate on when Gendron attended the school nor when and why he left.

"I have confirmed that we have a former student by that name. They are no longer enrolled," Silvia C. Briga said in an email.

Gendron has been investigated by law enforcement before.

In June 2021, police in Broome County were called by officials of a local high school who told them Gendron had threatened violence in comments made to fellow students.

“A school official reported that this very troubled young man had made statements indicating that he wanted to do a shooting, either at a graduation ceremony, or sometime after,” the same government official familiar with the case told The News.

State Police were sent to investigate and Gendron, under a section of state mental health laws, was referred for a mental health evaluation and counseling, the official said.

A law enforcement official said Gendron used a video camera, which was attached to the top of his tactical helmet, to document and livestream his own horrific violence to a social media site.

His parents’ car, which he had driven from Conklin, 12 miles southeast of Binghamton, was found near the Tops market and impounded by police, a police source said.

A hate-filled, 180-page manifesto, purportedly written by Gendron, circulated on social media in the hours after the mass shooting. The Buffalo News could not immediately verify its authenticity.

Asked whether the shooter left behind a manifesto, Flynn declined comment at a Saturday news conference.

In the uncorroborated document, the author identifies himself as Gendron and states he grew up in Broome County with his parents and two brothers. He writes that he graduated from high school and was studying engineering science at SUNY Broome.

The author writes he has no military background and he's never been diagnosed with a mental disability or disorder.

The document includes two "recent self pictures," purportedly of Gendron, which in actuality are images of Sam Hyde, a comedian whose name and likeness are frequently shared online after mass shooting events.

The manifesto's author wrote that he launched the attack on his own. The document is filled with racial hatred, views the author said did not come from the people in his life. Instead, he writes, he was radicalized online.

The author writes he had started buying surplus military gear and ammo, and practicing shooting, on and off for several years but it wasn't until this past January that he seriously began to plan the attack.

The Editorial Board: Horror in Buffalo – A terrible day will leave scars for many. They need the comfort this city can offer.

"The information is coming quickly, and it is enraging. Not only did a heavily armed kid from the Binghamton area drive to Buffalo to commit m…

"We are shocked and deeply saddened by this senseless act of violence and our thoughts and prayers are with the victims and their families," T…

"This is not the time to tear up our own community, because our community did not do this," True Bethel Bishop and Buffalo Common Council Pres…

Mental health counselors from an array of agencies will be available until 9 p.m. at the Johnnie B. Wiley Center, 1100 Jefferson Ave., followi…

They were just doing ordinary things on a beautiful summerlike spring day, until a man armed with a high-power rifle drove three hours to Buff…

Tops pledges to reopen Buffalo store where 10 were killed; others offer help to grieving community

Stephen Belongia, the special agent in charge of the Buffalo FBI Office, said his agents were investigating the mass shooting as a "hate crime…