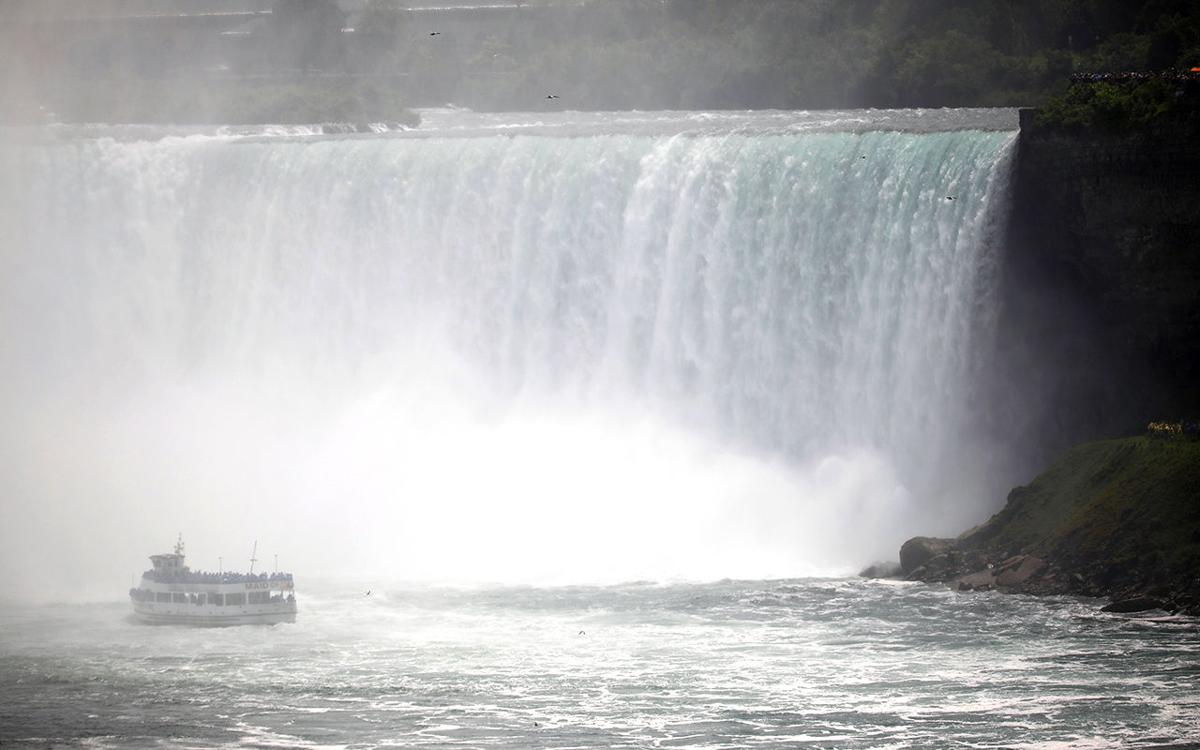 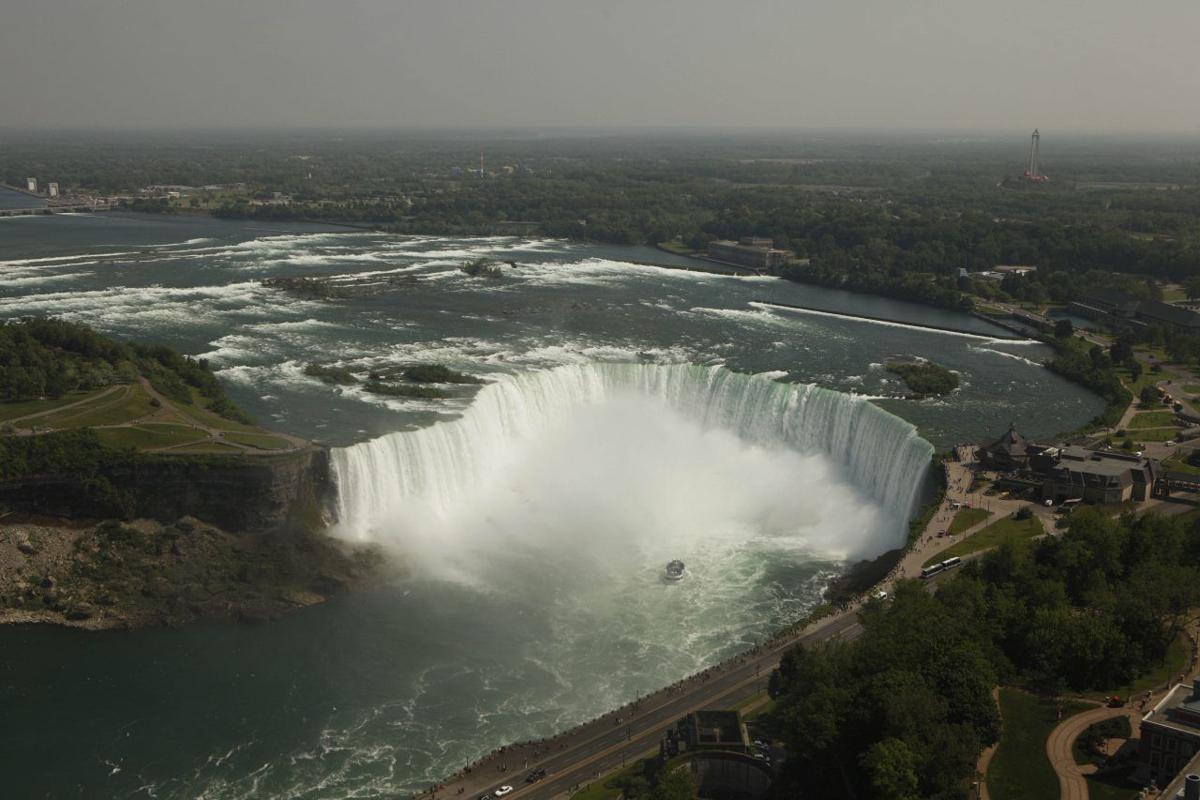 High water levels may have helped save the life of a Canadian man who plummeted over Niagara Falls' Horseshoe Falls early Tuesday morning.

The man, whom police described as "in crisis" when he jumped into the Niagara River,is the fifth person since 1960 to survive a trip over the 188-foot-high falls without being inside a barrel or ball.

The high water levels may have tossed him over the rocks at the bottom of the falls,” said Michael Clarkson, author of “The River of Lost Souls: What We Might Learn From Niagara Falls Suicides.”

The Niagara River is currently flowing at a rate of about 270,000 cubic feet per second, well above the usual 220,000, according to the New York Power Authority. Much of that water, though, is diverted to generate electricity. Exactly how much is diverted depends on the demand for electricity across New York State at any given moment in time.

At the time the man went over the falls on Tuesday, 120,000 cubic feet per second was flowing over the falls — more than twice as much as required at 4 a.m.

Mayor Jim Diodati of Niagara Falls, Ont., said he also believes record high water levels in Lake Erie and Ontario played a role in saving the man, whose identity was not released by police because of privacy laws.

“I know firsthand the lake levels are at all-time high levels. When Lake Erie is higher and flowing more robustly to Lake Ontario, there is a better chance of missing the massive boulders under the Horseshoe Falls,” Diodati said. “The only way you would ever have a chance to survive that kind of a fall was to overshoot the large rocks below.”

“In this case, for this individual, hopefully he will see it as a blessing,” he said.

He said some people have suggested his city should build fences and walls around the falls to prevent suicide attempts there.

But it is a big river with many entry points, he noted.

“The solution is to go through the root problem, and that’s through counseling and helplines. These types of measures are going to be more effective,” Diodati said.

Niagara Parks Police were alerted at 4 a.m. Tuesday to a report of a person in crisis at the brink of the Horseshoe Falls on the Canadian side of the border, the agency said.

Officers arrived on the scene and located the person as he climbed the retaining wall, jumped into the Niagara River and was observed being swept over the Horseshoe Falls.

During a subsequent search of the lower river basin, the same person was found sitting on the rocks at the water’s edge below the Journey Behind the Falls observation platform. The man was rescued from the lower basin and transported to the hospital with non-life-threatening injuries and for further assessment.

"He's a very lucky guy. Not many people do it and survive,” said Ontario resident Andy Essor. “He definitely has God in his top pocket."

Rapids above the falls can reach speeds of 25 mph, with the fastest speeds occurring at the falls themselves, at up to 68 mph. The river at the base of the falls is 100 feet deep.

An estimated 25 people a year end their lives by going over the falls.

Officials have set up crisis phones near Niagara Falls to help prevent suicides at the waterfalls. Crisis Services, a program offered by the Niagara County Department of Mental Health & Substance Abuse Services, has a 24-hour confidential hotline at 285-3515.

On Tuesday, outside Greater Niagara General Hospital in Niagara Falls, Ont., Dillon Girardin was among those who expressed concern for the man who went over the Horseshoe Falls. He recalled depression that had nearly brought him to suicide. He said he once considered ending his life by jumping over Niagara Falls, but a stranger intervened when be was heading to the waterfalls.

"I had a lot of stuff building up. He saw me crying and we started talking. He told me life was precious," Girardin recalled.

But there was another reason why Girardin decided to continue with life.

"I just figured it would kill my mom emotionally," he said.

The unidentified man survived his descent Tuesday on the 59th anniversary of one of the most notable occurrences in the history of Niagara Falls.

On July 9, 1960, 7-year-old Roger Woodward of Niagara Falls, New York, became the first person known to survive a plunge over the Horseshoe Falls without being in a barrel.

The 55-pound boy was protected only by a life vest after a boating accident on the upper Niagara River. His 17-year-old sister, Deanne, was rescued at the brink of the falls. Family friend James Honeycutt, who was piloting the boat, died.

“Woodward told me later on that he was caught up on a current of air and tossed away from the rocks,” Clarkson said.

The next person to survive a trip over the falls was in October 2013, when Kirk Jones wore two winter coats for cushioning when he plunged feet-first over the falls. He suffered broken ribs and a bruised spine.

Initially, he claimed it was a suicide attempt, but family members said he had planned the stunt. Jones pleaded guilty to a Canadian charge of unlawfully performing a stunt and mischief and paid a $3,000 fine. Jones attempted another trip over the falls in 2017 — inside an inflatable ball — but did not survive.

Two men prior to Tuesday’s incident survived separate suicide attempts, one in March 2009 and another in May 2012. In the first, a 30-year-old man, suffered hypothermia and a head injury. In the second, a man about 40 years old suffered a collapsed lung and a severe chest injury, along with multiple gashes.

It’s not clear what factors might have spared the lives of those two men, Clarkson said.

“I do think there’s something going on with the river, but I don’t know what it is,” the author said. “The rocks are still there. It could be pure luck.”

Italy's firefighters battle to tackle wildfires on the Adriatic coast

Italy's firefighters battle to tackle wildfires on the Adriatic coast

A Buffalo company selling Molson Juice Beverages has been falsely claiming a connection to the Canadian family famous for Molson Canadian beer, according to the lawsuit.

The Violence Prevention and Elimination Response, or VIPER, task force has seized 17 guns in Buffalo and Niagara Falls and made 288 arrests between July 7 and July 30.

Paul E. Lubienecki, 63, admitted harassing and intimidating a WKBW news reporter because he was angry over the victim's reporting on the Catholic Diocese of Buffalo.