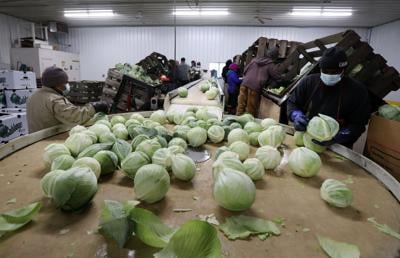 ALBANY  – The family farm in New York, already a threatened species, is facing what farm owners say is an ominous hazard at the hands of state government: sharply higher labor costs.

It comes at a time when farmers are still struggling with the economic effect of Covid and turmoil in supply lines for products they need to run their businesses, on top of coping with the more typical uncertainties over staffing shortages, market-set prices for the crops they grow or animals they raise and – as always – the weather.

At issue is a push to lower the threshold for the number of hours a farm employee works to get overtime – from the current 60 hours to possibly 40 hours.

Proponents of the idea say it is a fundamental argument over fairness and workers’ rights.

“For most workers, overtime pay after 40 hours was a victory won over 80 years ago, but shockingly for farmworkers it’s a battle still being fought," said Mario Cilento, president of the state AFL-CIO.

“The idea of lowering the threshold is, by far, the biggest challenge that I have ever faced in my 30-some years of farming,’’ David Zittel, president of Amos Zittel and Sons, a large vegetable and greenhouse production farm in Eden in Erie County, told reporters at the Capitol this week. He was among a half dozen or so farmers who traveled from around the state to deliver letters asking for Gov. Kathy Hochul to kill the lower threshold idea.

During harvest seasons, 80-hour workweeks were not uncommon for farmworkers, thousands of whom are migrant workers from Latin America and the Caribbean who upstate farms annually turn to because too few domestic workers want to work on farms.

The 80-hour weeks changed with a 2019 law, the subject of a two-decade lobbying battle, that required time-and-a-half overtime pay for work over 60 hours in a week, and a mandatory full day off per week.

A last-minute change in the 2019 legislation also required that a three-person board meet again by Dec. 15 to consider changing the threshold to as low as 40 hours a week. The board is composed of the head of the state Farm Bureau, a trade group for the farm industry; a former AFL-CIO president; and Brenda McDuffie, the former president of the Buffalo Urban League.

The Farm Laborers Wage Board is supposed to make a determination on the matter by the end of the month. Its action would be a nonbinding recommendation to the state labor commissioner, who could reject or accept their ideas. The ideas could range from doing nothing; lowering the threshold to 40 to 60 hours; creating different overtime tiers based on a farm’s size; or, as is in California, commence a yearslong phase-in to 40 hours.

In response to the 2019 law, many farmers banned workers from putting in more than 60 hours a week as a way to avoid paying overtime. That upset some workers, who work the grueling hours over a few months each year to make more money.

Farmers say if the threshold drops to 40 hours, they will have to restrict anyone from working more than 40 hours. That could present problems for New York farmers in attracting migrant workers, who come to the U.S. under the federal H-2A program; those workers could simply go to another state to work longer hours.

“Forty hours is not enough for living," said Ruben Gomar, who has worked at a Niagara County farm for 30 years, traveling each year back to Mexico for about two months around the Christmas holidays. Between his housing costs, taxes and raising four children, Gomar worries that the attraction of higher pay because of overtime money won’t be realized because farmers just can’t pay it.

“The farms don’t like to pay overtime because not a lot of the farms make a lot of money," he said in an interview. “I like it the way it is.”

But a dairy farm worker in Cayuga County disagreed, and said 60-hour workweeks, without overtime, are not good for employees’ health or family lives. “Reducing the 60 hours threshold to 40 hours would make a big, positive difference in all farmworkers’ lives. For example, in my case, it would definitely help me be a better husband and father for my children because it would allow me to spend more time with them," said the worker, who provided a written statement to The Buffalo News on condition of anonymity.

Sen. Jessica Ramos, a Queens Democrat who chairs the Senate Labor Committee and sponsored the 2019 farm workers bill, said a 40-hour week “is a central value we hold in this other country.” She noted moves to 40 hours before overtime applies in California and Washington.

“Finding a path for a 40-hour week for farm workers in New York is critical, and I trust the wage board is going to find a sound timeline," she said this week.

Cilento, the AFL-CIO president, said he understands the unpredictability of the farm industry and that employees might have to work long hours. He said, though, that sectors such as construction, retail and manufacturing are also subject to seasonal and weather factors, but that those workers get overtime starting at 40 hours. He said farmworkers deserve the “same dignity and respect” afforded others and the wage board should approve the lower threshold to “fairly compensate farmworkers for the essential and often physically grueling work they do.”

Other proponents say farmers, like other business people, need to better plan their operations to be able to pay workers overtime. Hours might be reduced but pay for many workers would rise under the 40-hour plan.

“Farm owners may need to make some adjustments. They may need to pay a little more, or ask people to work a little less. But good farmers should be able to get the job done without exploiting workers," said David Dyssegaard Kallick, director of the Immigration Research Initiative.

Kallick’s group and others have previously estimated that a 40-hour overtime threshold would amount to 9% of net farm income.

Farmers say anything like that kind of number will force them out of business. The reaction to the 60-hour threshold, besides capping number of hours in a week, led many farmers to also hire more workers to avoid the overtime threshold. Some had to build more temporary housing. Some had to leave more fruit and vegetables unpicked, a cheaper option than paying overtime, several said in interviews.

Jim Bittner, who began as a dairy farmer in 1980, runs Bittner-Singer Orchards in Appleton in Niagara County, a 400-acre farm that produces apples, cherries and peaches. One of his workers is Gomar, the longtime farm worker from Mexico.

Bittner said farmers had adapted to the 2019 law. But lowering it further will lead to fewer hours for workers. That will dissuade some from coming to New York farms for the temporary work; for domestic farm workers, it could force them to get a second job somewhere else to make up the difference. Mostly, though, farmers say it could make some operations impossible to run.

Bittner said an overtime drop to 40 or 50 hours will force him to cut workers’ maximum hours in a week. He might also have to change his farm business to crops requiring less labor than a fruit farm, where half the costs go to labor in an all hand-picked operation.

Less affected by the change might be operations like dairy farms, for instance; some of those have been able to deal with labor shortages by relying less on human labor through the use of robots to milk cows.

David Zittel, the vegetable and greenhouse production farmer on the Eden farm that now in its fifth family generation of farmers, said in an interview he has about 40 year-round workers and hires about 100 seasonal employees, 80 of whom are from the H-2A migrant program.

Consider squash, Zittel says. It is a crop that needs to be picked every day when ripe. That means having enough labor at that moment to do so. If orders can’t be filled, it means large customers go elsewhere. If he has to pay overtime, the margins don’t work based on how farming works in the market.

Doing math in his head while driving to Albany last week to deliver written pleadings to Hochul, Zittel figured a threshold drop to 40 hours would cost his farm $500,000 a year in extra labor costs. That's an impossible number to meet, he said, preventing even basic reinvestment in his operation for equipment and other infrastructure expenses.

Zittel also hopes that officials understand the H-2A program’s rules. A worker coming each year from Mexico or Jamaica has a contract to only work at his farm. If Zittel cut their hours, those workers couldn’t simply get another day or two of work at another farm or a shift at a restaurant or some other place.

“They are here to work. They want the hours," he said.

The Editorial Board: Upstate farms will be put at risk if New York wage board lowers overtime threshold

Dropping the overtime threshold would be taking a sledgehammer approach to a nuanced issue. It would strain the finances of New York farms and lead to workers making less money, not more.

At issue is whether to lower the number of hours before farmworkers are paid overtime – from the present 60 hours to as low as 40 hours. 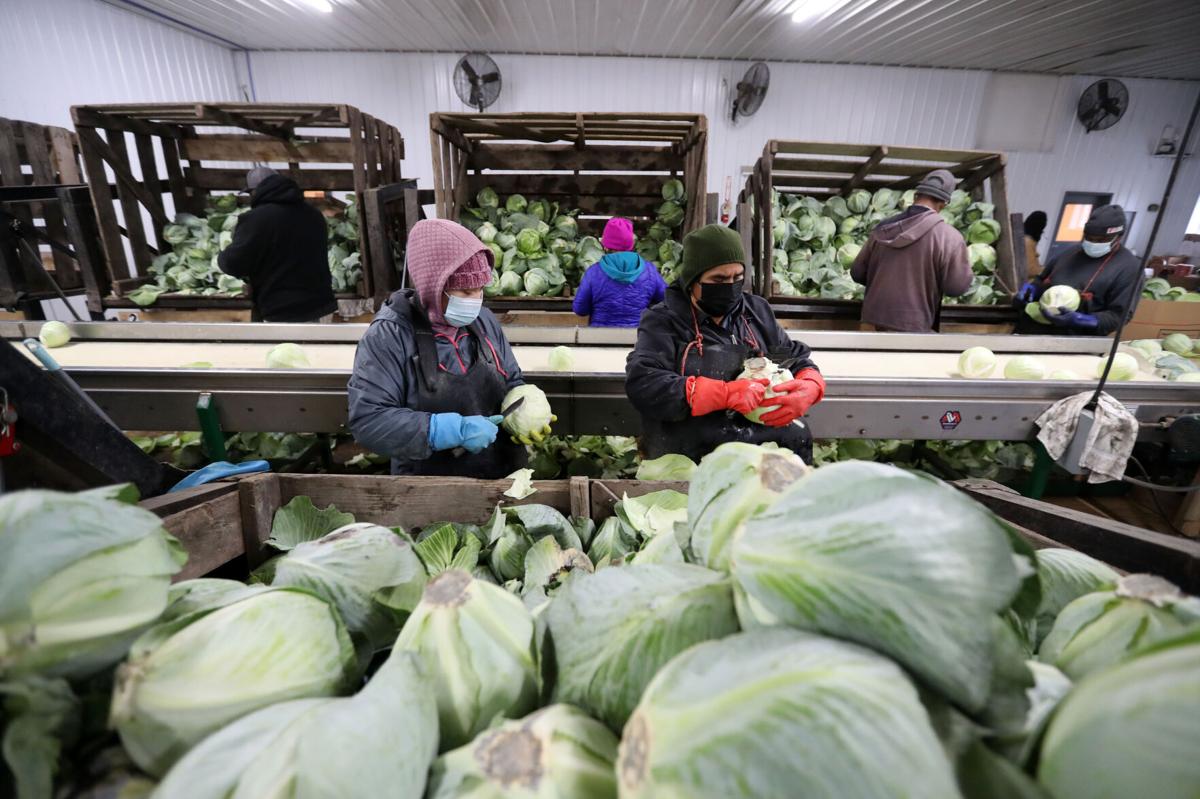 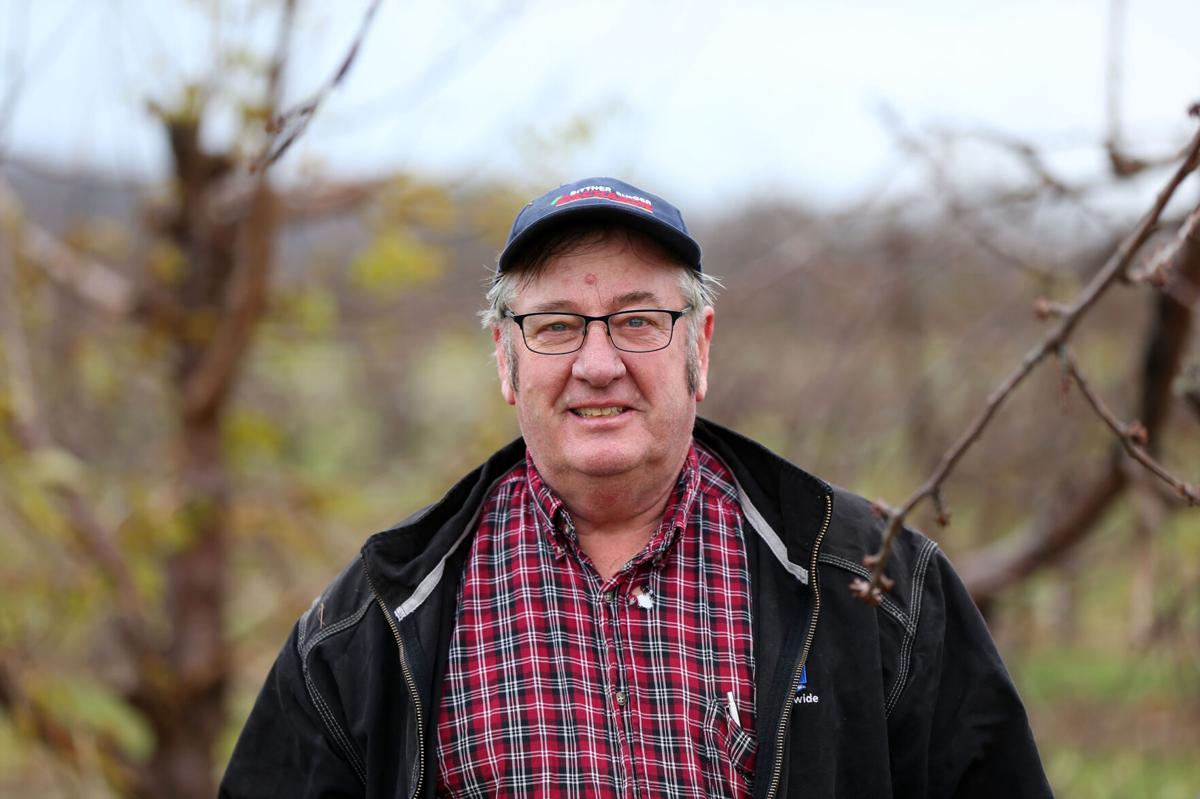 Jim Bittner in his cherry orchard at his farm in Appleton. He worries that a change in state law could devastate the agriculture industry in New York.