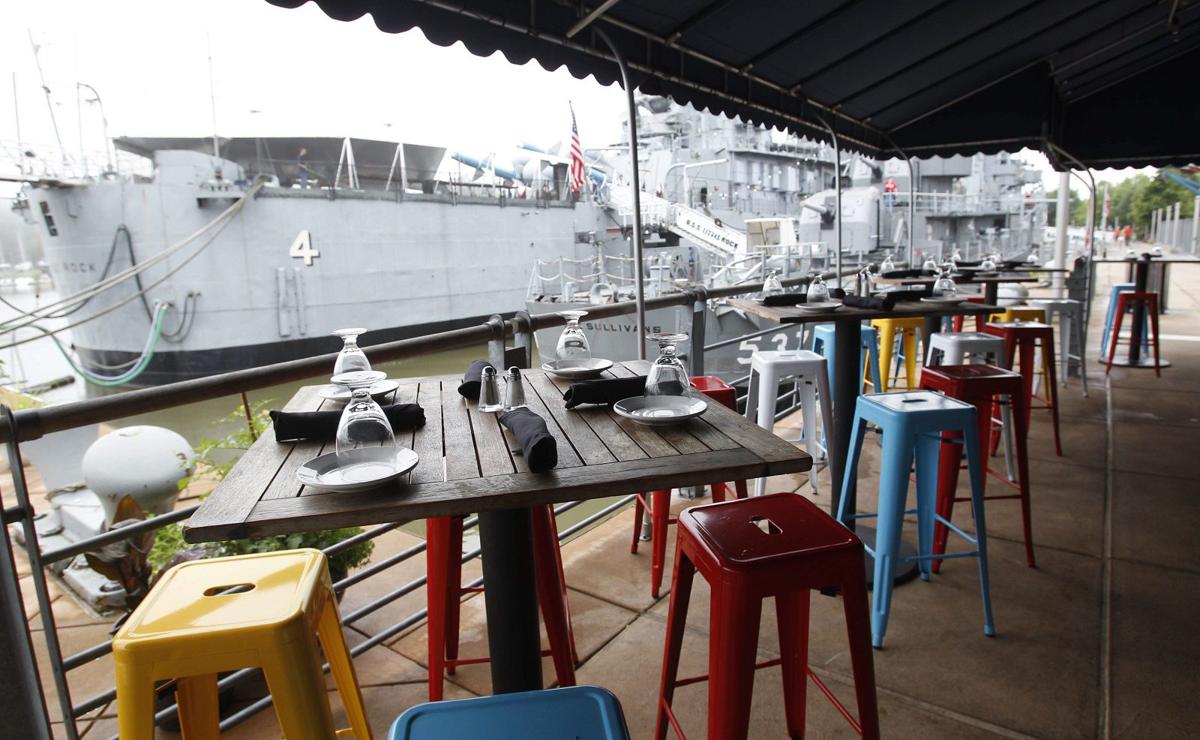 Vibrant chairs and a view that overlooks the Naval Park and the Buffalo River have helped make the Liberty Hound a seasonal destination. (Sharon Cantillon/News file photo) 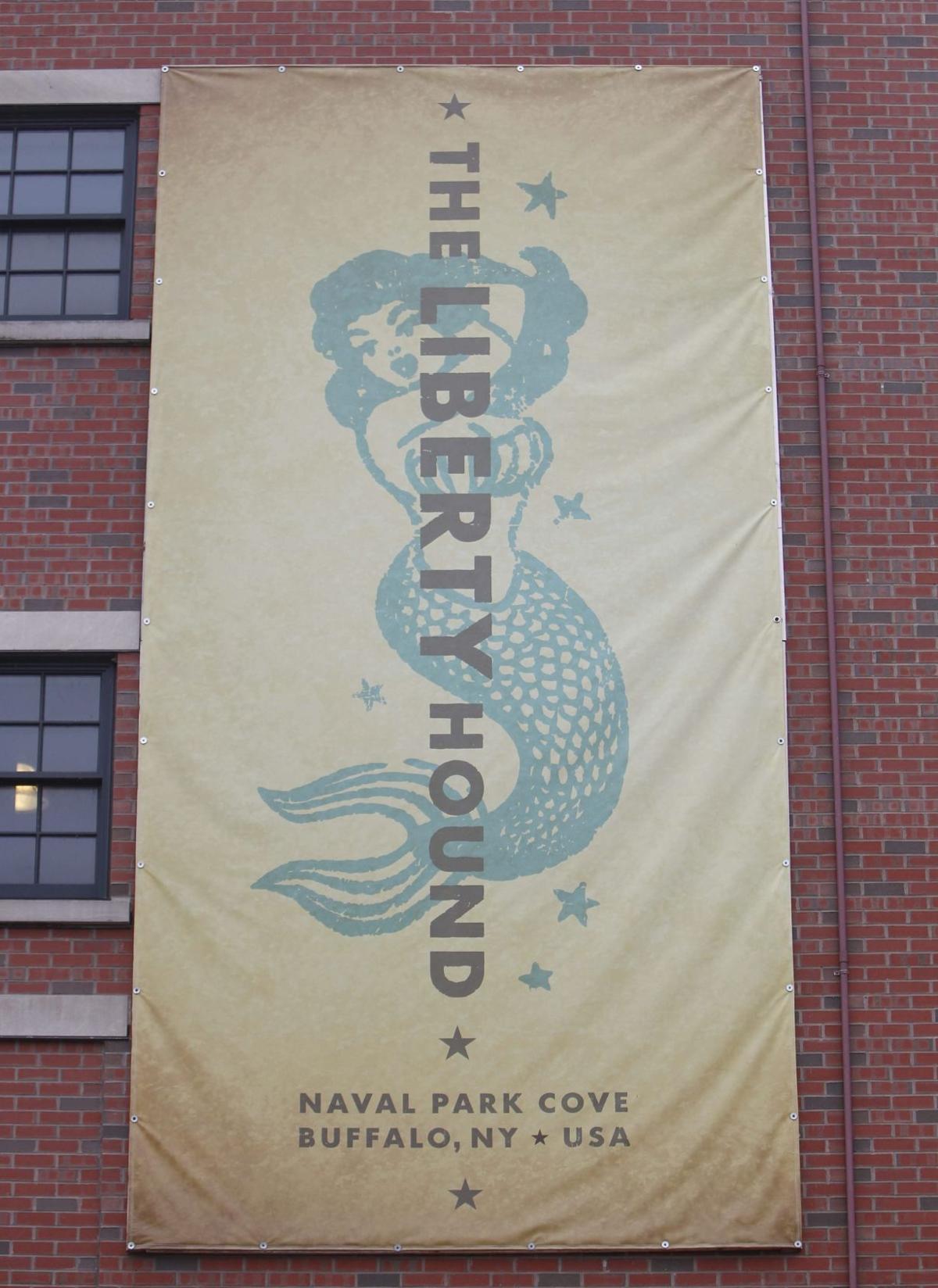 Liberty Hound opened in 2011. It's become a popular destination at Canalside.

Canalside's first commercial success could be on its way out.

The Liberty Hound is often at capacity, and owners Jason Davidson and Mike Shatzel don't want to leave. But the year-round casual dining and drinking establishment may be a victim of its own success and that of Canalside's.

Its lease expired Nov. 30, and a request for proposals drew interest from four other restaurateurs.

Davidson said he hopes the risk he and Shatzel took to open at Canalside in 2011, before anyone else, won't be forgotten.

"We took a chance when nobody else wanted to," Davidson said. "We hope that we can continue to build our own success, rather than have someone else take over the operation on the backs of our efforts."

The Buffalo and Erie County Naval & Military Park issued the request for proposals in mid-December. Five restaurateurs, including the current owners, showed up at a meeting of interested parties held Jan. 9. Proposals are due Jan. 25, with the contract to be awarded Feb. 15.

"We have a strong relationship with the Naval Park and the City of Buffalo, and we expect to be there for many years to come, and are hopeful we can work out agreeable terms," Davidson said.

Earl Ketry, who owns Pearl Street Grill & Brewery, the Lafayette Brewing Company and is part-owner of Buffalo RiverWorks, has expressed interest. So has Be Our Guest, the Rich Products subsidiary that operates Canalside and is putting a cafe in the coming Explore & More Children's Museum.

Preliminary lease renewal discussions with Liberty Hound's owners were underway when Andy Rabb, the city's representative on the Naval Park's board, insisted on issuing a request for proposals, which the board then voted to do, said Paul Marzello Sr., president and CEO of the Buffalo & Erie County Naval & Military Park.

"Andy Rabb represents the mayor. When he makes a suggestion, it's coming from City Hall," Marzello said. "He definitely gave us guidance. He said this is what we want to see happen.

"I don't think there was anyone on the board who felt the current operators are doing a bad job," Marzello said. "We felt they were doing a good job, and it's a good relationship. Some people have said, 'Why are you kicking them out?' We're not. We're opening the process up, and certainly they are open to being a part of that process, and they are."

The Liberty Hound made $2.1 million in 2017-2018, and $2 million in the 12 months before that, with around 80 percent of sales coming between May and September, Davidson said.

"Our business has stayed about the same but we operate at capacity," he said.

Davidson said he has observed a drop-off in traffic at Canalside over the past two years.

"Some of the newness has worn off," he said. "Now that Canalside's building up, we want to be there as it continues to grow."

The request for proposals calls for a five-year lease to operate 1,464 square-feet of interior space and 1,519 square feet of outdoor patio space. The Naval Park has 605 square feet of first-floor space for its gift shop and admittance area, but those functions are expected to move into the renovated hangar next door in 2020.

Davidson said he and his partner are prepared to pay more. The request for proposals indicates the operator will be responsible for at least 50 percent of the gas and electricity charges for the entire Naval Park and not just the restaurant, which would be a $69,000 increase over what they're paying now, Davidson said.

"The Liberty Hound's success is partially due to the fact that we have always been an affordable destination for families and visitors," Davidson said. "We are hopeful we will work out terms that are fair to all parties so we can continue to offer the same value to customers."

Vivid sunsets across the country bring a stunning close to November

Vivid sunsets across the country bring a stunning close to November

Vibrant chairs and a view that overlooks the Naval Park and the Buffalo River have helped make the Liberty Hound a seasonal destination. (Sharon Cantillon/News file photo)

Liberty Hound opened in 2011. It's become a popular destination at Canalside.