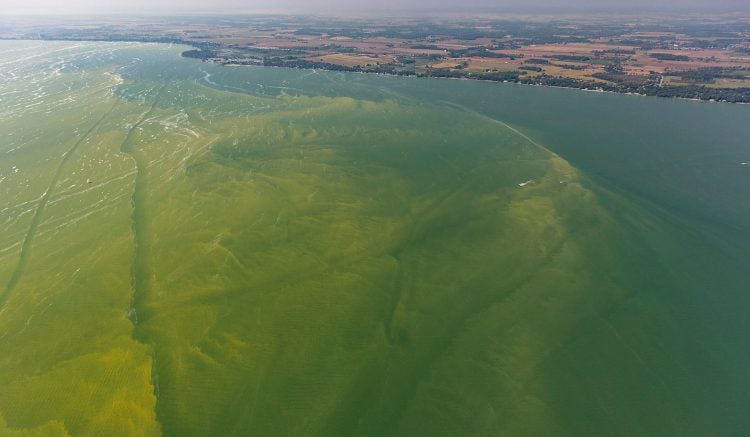 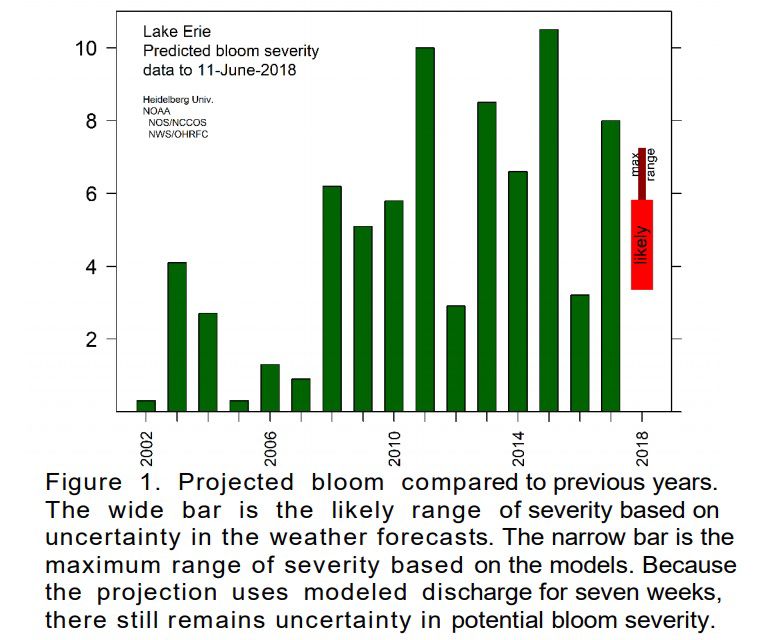 This summer's bloom of toxic algae on Lake Erie could be the second-smallest since 2012, the National Oceanic and Atmospheric Administration and Heidelberg University in Ohio announced Tuesday.

Forecasters based their seasonal prognostication on metrics including the amount of phosphorus loaded into the lake from the agricultural Maumee River watershed in Toledo as well as snow melt and spring precipitation.

To date, about 204 metric tons of phosphorus has accumulated from the Maumee into Lake Erie, officials said.

It's the third lowest amount this decade. Only the mild-bloom years of 2012 and 2016 had less.

A wetter than average spring, however, should boost the size of this year's bloom.

The stinky, pea-soupy toxic blooms on Lake Erie have been mainly confined to Ohio and northwestern Ontario, but Erie, Pa., has also been affected. None have yet been reported on New York's shoreline.