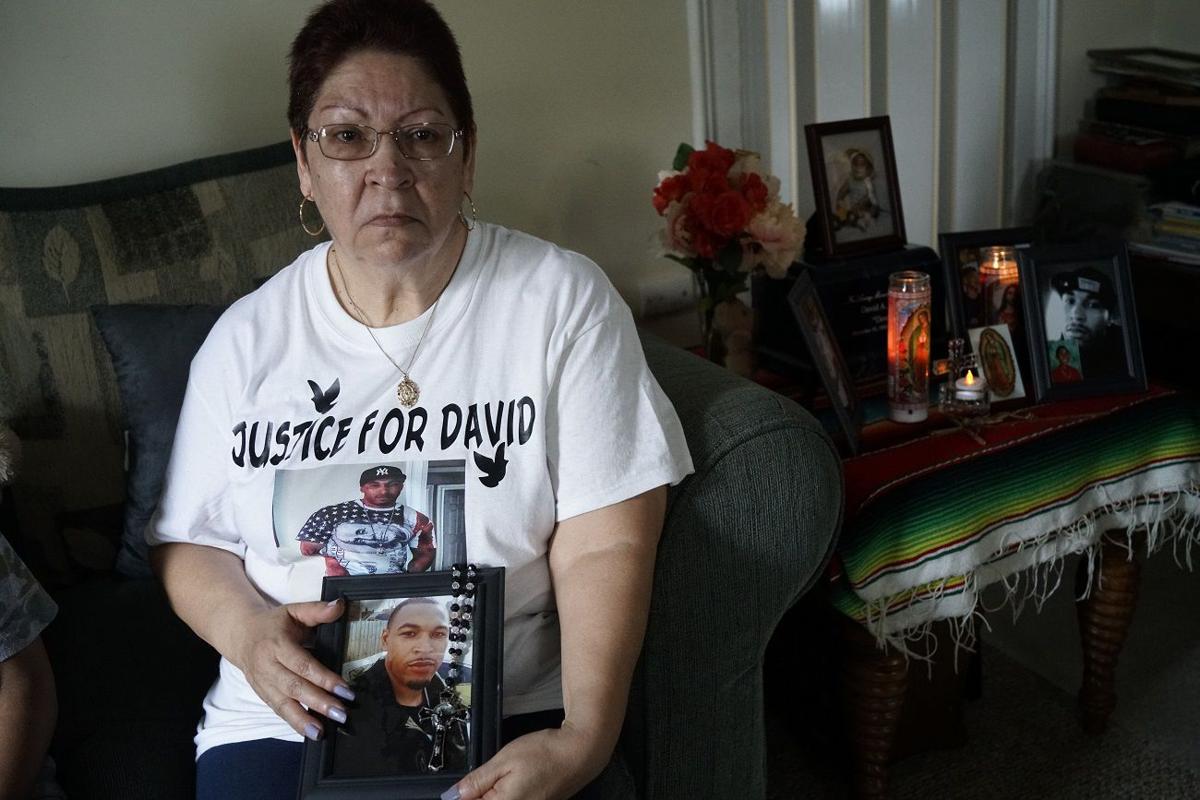 Gloria Lopez, of Lackawanna, continues to grieve the loss of her son, David A. Lopez, 28, who was fatally shot June 9 outside the Bowl-Inn bowling alley on Bailey Avenue in Buffalo. (Derek Gee/Buffalo News) 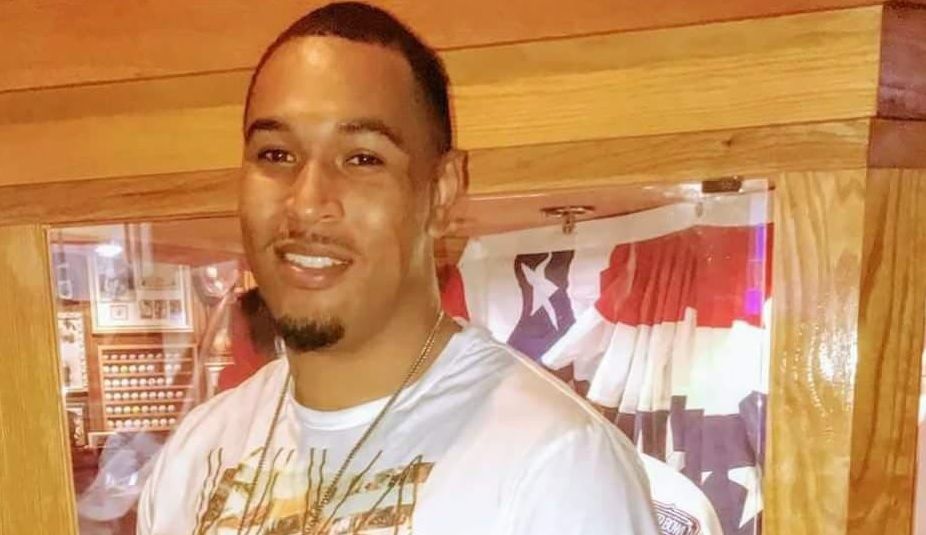 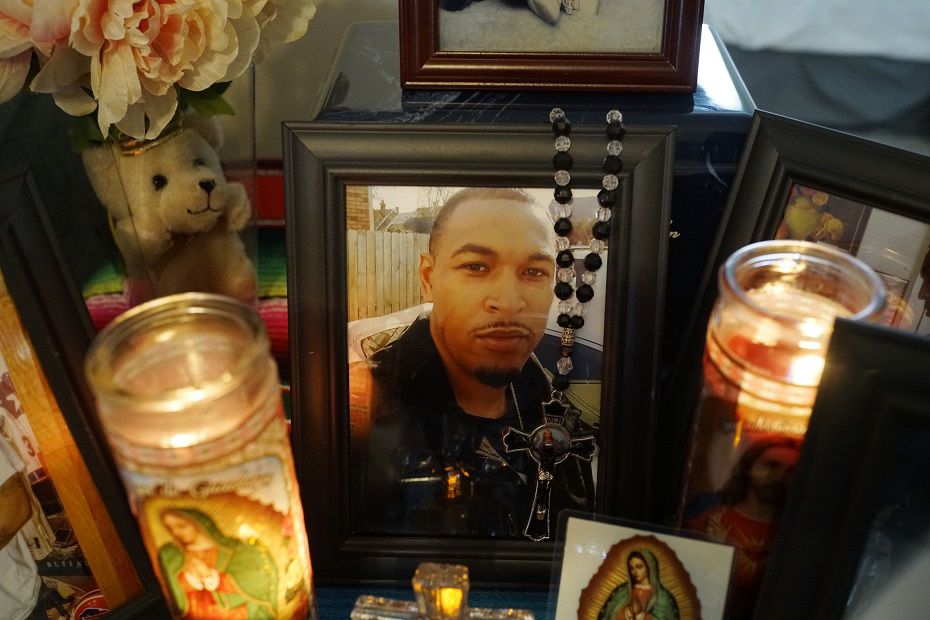 Gloria Lopez set up a memorial to her son, David, inside her Lackawanna home. (Derek Gee/Buffalo News)

He called her "Mother Bear."

She called him "Baby Bear."

She last saw her son alive on the night of June 8. David was starting his third week of driving a taxi. He sat and talked with his mother and his oldest sister, Miranda Wheeler, who was visiting from Kentucky, before he left for work.

About five hours later, David Lopez was shot multiple times while sitting in his taxi cab outside the Bowl-Inn bowling alley on Bailey Avenue in Buffalo.

"I'm not only hurting for my children, but for my son, too," Gloria Lopez said. "He would have not wanted us to go through this. It's almost like I feel his pain. He would have never wanted this, for his family, to leave us like this, in this way.

"He had such a big heart, so loving and always laughing," she said.

David Lopez was the youngest of four children. Despite being the youngest, he was the biggest. Everybody who knew him called him "King Dovo" (pronounced DAH-vo), stemming from a childhood nickname, "Dovo." That's what an uncle, who wasn't fluent in English, called him.

"He was the baby, but he took care of all of us," said Antoinette Lopez, his other sister.

When he was 11 years old, he got his first job – delivering newspapers for The Buffalo News. As a young man, he had other jobs, including at McDonald's and the Walden Super Flea in Cheektowaga.

As a kid, he wanted to help his mother out with bills by giving her money he earned at work. In recent years, he helped his mother make her car payments.

When David was 11 or 12, the mother and son took a shopping trip to Burlington Coat Factory for new school clothes. They were on the opposite sides of a clothing rack when David piped up, his mom recalled. "He said, 'Mom, I see a pair of pants I love,' " she remembers him saying, "'but they cost too much.' "

She asked to see the price tag. He flipped the tag over. It read $20. Was that too much?

"I said, 'You want them? I'll buy them for you,' " she said. "He was worried about me spending so much money on him."

Lopez attended Cheektowaga Central High School, but dropped out in the 10th grade, his family said. He ended up earning his GED. Before he started driving a taxi, he drove a medical transport van.

In the past, he'd spoken with his sister, Antoinette, about the idea of starting his own taxi company, "so he could have people working for him instead of him being out there," she said.

In addition to siblings, including a brother, Thomas Herring Jr., David Lopez left behind two sons, Davionte Lopez, 12, and Elijah Rivera, 8, along with many nephews and nieces.

"How do you tell a 4-year-old that their uncle isn't coming back?" Gloria Lopez said.

Police have said little about the fatal shooting, other than the gunfire followed some sort of dispute inside the bowling alley. Mark Williamson, the bowling alley owner, has insisted there was no incident inside his business prior to the shooting in the parking lot. The city ordered the business to temporarily shut down after the killing, which was the second shooting in four months that took place outside.

As detectives continue to investigate, the family is hurting and wants justice for David, said Miranda Wheeler, his oldest sister.

"No matter what he went through, he was never negative and never wanted his problems to be our burdens," she wrote of her brother. "He was robbed of so much."

Gloria Lopez says she still wakes up thinking everything seems like it was before June 9. But then reality hits.

"Sometimes I say, well, I wish he would walk in the door so I can just cuss him out and ask, 'Where the hell you been?' you know? I've been worried sick about you.

"Then I realize he's just not coming in that door anymore," she said and then paused.

Gloria Lopez, of Lackawanna, continues to grieve the loss of her son, David A. Lopez, 28, who was fatally shot June 9 outside the Bowl-Inn bowling alley on Bailey Avenue in Buffalo. (Derek Gee/Buffalo News)

Gloria Lopez set up a memorial to her son, David, inside her Lackawanna home. (Derek Gee/Buffalo News)