Support this work for $1 a month
Deidre Williams

At first, Meghan Fittry’s pregnancy with twins Chase and Penelope – Penny for short – was progressing well.

“Personally, I felt amazing. I was still working,” said Fittry, a hair stylist at a salon at the time.

She and her husband, Drew, got pregnant with the twins in November 2020. The young couple was looking forward to adding to their family, which already included older brother, Brayden, who was born April 25, 2019.

But at her 20-week scan doctors noticed Chase was a little bit behind with his growth. Following another scan two weeks later, doctors informed Meghan and Drew that Chase had severe IUGR – intrauterine growth restriction – which essentially restricted Chase’s growth, Meghan said.

“The blood cord is the lifeline of the baby, and if it goes into complete reverse, it means the baby is not getting oxygen, not getting food, the nutrients, nothing,” Meghan said. “So it was kind of borderline back and forth … at times it would go reverse and then go back to normal flow.”

Her obstetrician, Dr. Michael Beckwith, chief of service department of OB/GYN for Kaleida Health, suggested she be admitted to the hospital.

Meghan was admitted into Oishei Children's Hospital on April 28, 2021. At 29 weeks and two days, she underwent an emergency C-section.

Drew, 30, was at work as a baseball coach at Hilbert College and couldn’t make it in time for the emergency procedure. But her mother, Jeanette Mahiques, who works in Buffalo around the corner from the hospital, was there for support.

“They pretty much got me out of my room and Penny and Chase both out within nine minutes,” Meghan said. “That (includes) putting me under, putting my catheter, like everything. They got them out very quickly.”

Chase spent 72 days in the neonatal intensive care unit. At birth, he weighed 1 pound, 7 ounces and was 13 inches long.

“He was like a Barbie doll,” she said. “You don’t understand it until you see it essentially. I never understood premature babies until I actually had them.”

“She was still very small, but she looked a lot chunkier than Chase,” Meghan said. “She was completely healthy. The reason why they just had me kind of waiting and being monitored is because they didn’t want to deliver too early because she was healthy and there was that risk of … possibly lose Chase; possibly lose both. It was just like a very stressful time.”

But staff, especially nurses, made her 4½-week stay at the hospital more bearable as she dealt with helping her babies survive and grow, she said. Some of the nurses actually requested to be her nurse.

“I felt so comfortable there. I actually became, like in a way, friends with some of the nurses. They would come and check on me. They would tell me about the outside world (like) what’s the weather outside? And they sometimes would bring me a coffee or a drink or just something to make me feel like I wasn’t just eating hospital food. They always made me feel almost, it’s kind of hard to explain, but it’s like a human and not just a patient because sometimes you’re in a hospital and you’re just kind of looked at as a patient, but they saw me as a mother. I was going through a lot of emotions, so they really helped me.”

As for Chase and Penny’s progress, Meghan said, “They’re amazing. They’re really improving … Penny started standing. She kind of took a couple of steps. Hopefully she’ll be walking in the next couple of months.”

Three-year-old Brayden has taken well to being a big brother.

“He’s great. He’s helpful. Like this morning he helped me feed yogurt to them, and he’s always helping me with diapers,” Meghan said.

Kids Day: Thanks to his doctors – and Pokémon – Cameron Suchora continues to make an impression

"They've been doing such a good job ever since I was a baby," Cameron said. "They're the reason I'm here right now talking to you. I'm so thankful that we have them, always with us."

A condition slowed her growth. With help from Oishei Children's Hospital, Hailee Moore continues to progress

"They let you know that they're here with you, and they just want the best for you and for your baby," Hailee's mother, Kierra McClerkin, said of Oishei.

Extra! Extra! Kids Day is back

After a two-year absence, The Buffalo News Kids Day edition has returned – with a twist.

Kids Day: Liam Lynch finds warmth and cheer at 'a place you never want to be'

Even with Liam in full remission since April 2022, the initial reassurance from the breadth of Oishei Children's Hospital's care still remains.

"She's just so strong and brave," mother Katie Wilkinson said. "She doesn't let anything get her down. She's just pure love – that's as pure as you can get." 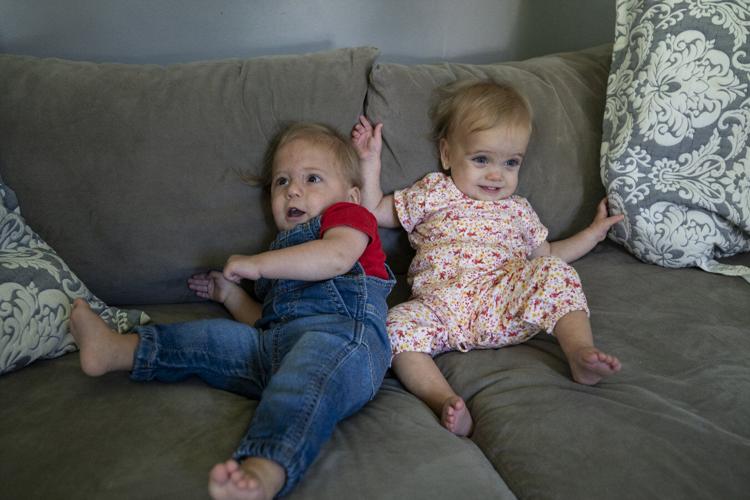 Chase and Penelope Fittry, 15 months, squirm as they sit for a portrait at their home in Depew. 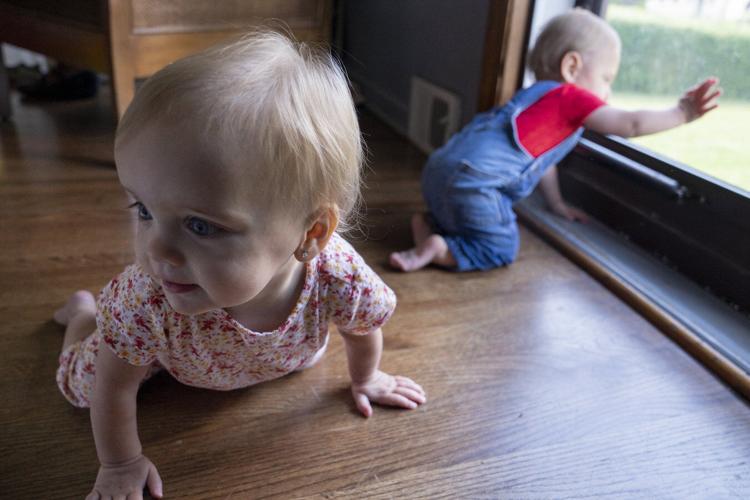 Penelope and Chase Fittry, 15 months, crawl around the floor as their parents are interviewed at their home in Depew. 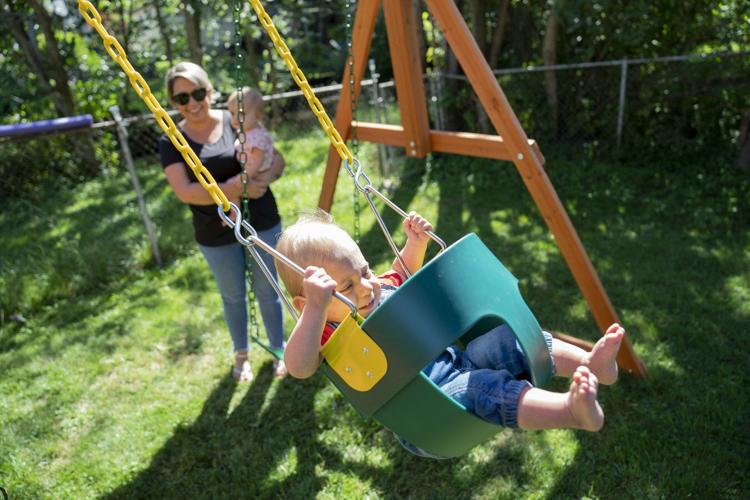 Chase Fittry, 15 months, smiles as he swings, pushed by his mom, Meghan Fittry, as she holds his twin sister Penelope, in their yard in Depew. 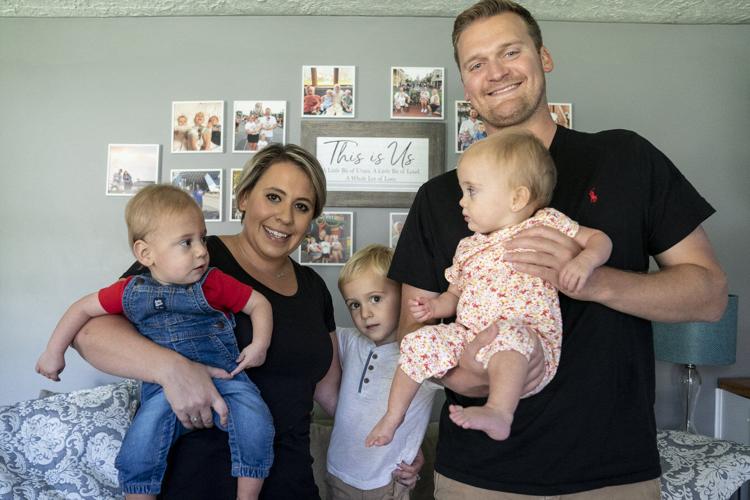 Meghan and Drew Fittry stand for a portrait with their son Brayden, 3, and 15-month-old twins, Chase and Penelope, at their home in Depew.