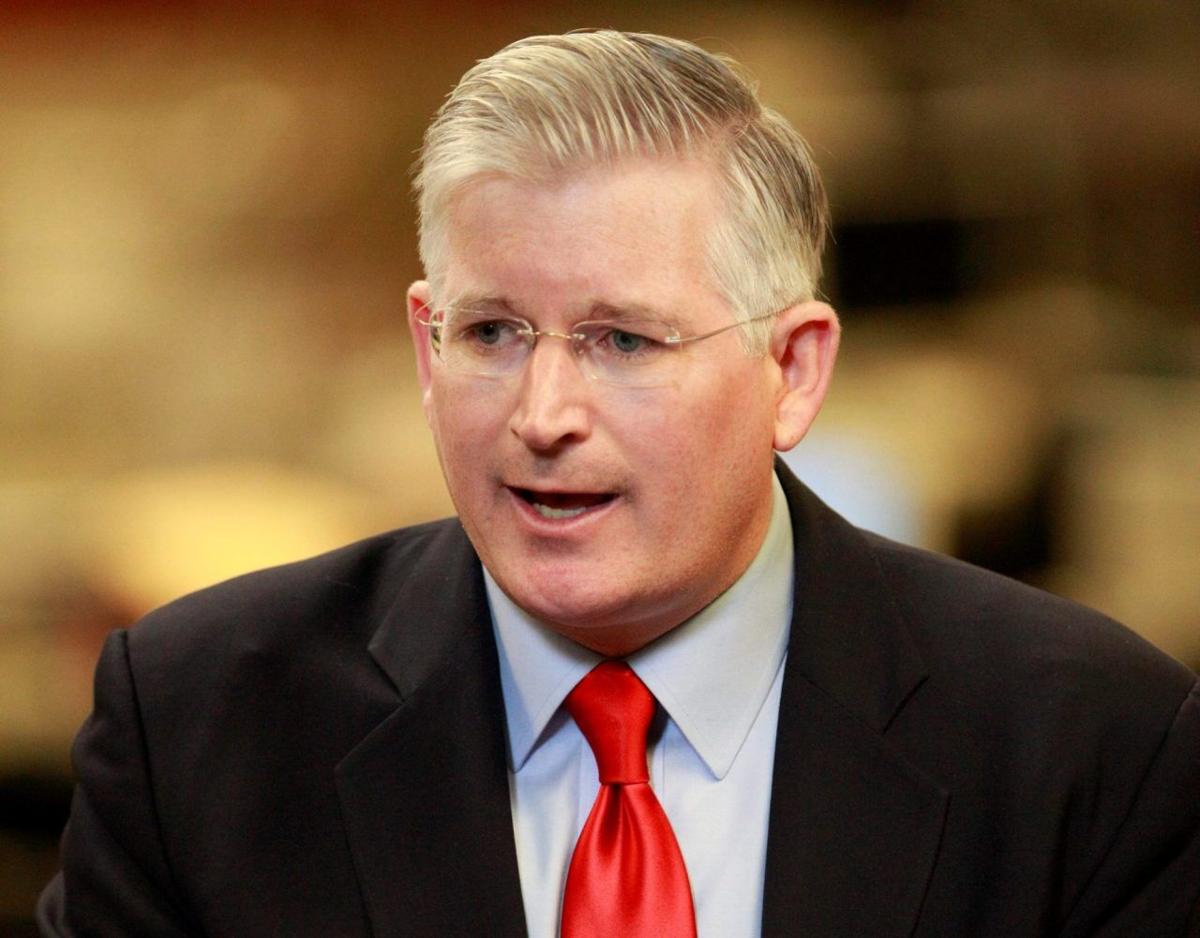 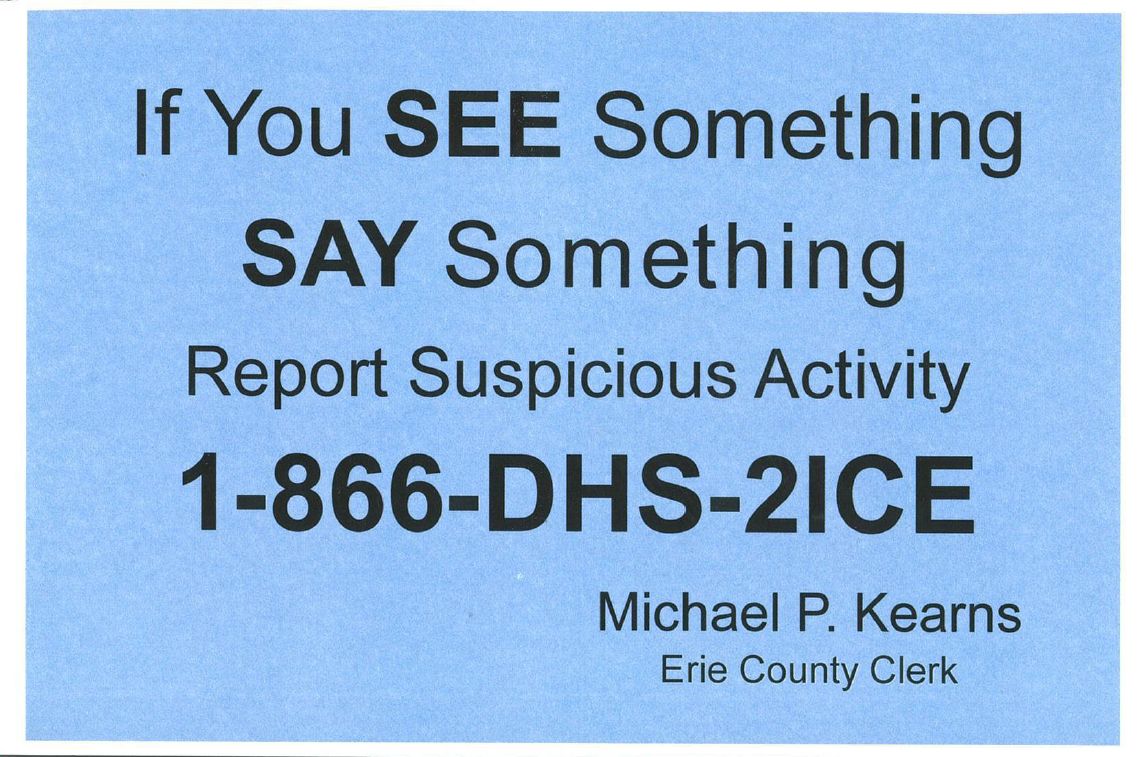 County clerks in Erie and Niagara counties are taking down auto bureau signs, inspired by their opposition to the Green Light law.

To a New York City transit authority, it's OK to share the message, "If you see something, say something," if it means looking out for terrorists.

But not undocumented immigrants.

Erie County Clerk Michael "Mickey" Kearns last week announced that he had posted signs in the county auto bureaus that displayed the tip line phone number for the Department of Homeland Security. He called it one way to deter immigrants living here illegally from attempting to gain driver's licenses under the state's new Green Light law.

But the New York City Metropolitan Transportation Authority told Kearns on Tuesday to remove the signs, saying it has the federally registered trademark for the phrase, "If you see something, say something," and that he does not have its permission to use the expression.

"MTA registered this trademark in 2010 specifically to limit its use to communicating messages about counterterrorism programs," MTA Marketing and Advertising Director Mark R. Heavey said in a letter to Kearns. "Your unauthorized use of the mark is in support of encouraging people to report suspected undocumented immigrants; this is both abhorrent and unrelated to counterterrorism."

Kearns did not seek permission to use the phrase, and even if he had done so, he would have been denied permission, MTA officials said.

"The MTA will not stand for the use of our trademarked slogan for politically motivated attacks,"  said spokesman Aaron Donovan.

In response to the letter, Kearns, a vocal critic of the Green Light law, said granting driver's licenses to undocumented immigrants is a public safety issue, a judgment he said is based on conversations he's had with Immigration and Customs Enforcement officials.

He added, "A report from the Fiscal Policy Institute projected that the MTA will receive $10.8 million in revenues from the passage of the Green Light law. With MTA objecting to signs that seek to combat the public safety concerns of ICE and the Department of Justice, it makes me question MTA’s motivations."

As of late afternoon Tuesday, Kearns was meeting with his lawyers and had not yet decided whether to take down the signs. He pointed out, however, that other agencies and organizations, including the Harvard University police force, already use this expression.

Read the cease-and-desist letter from the MTA:

Watch now: Gathering to mark the end of Ramadan

Watch now: Gathering to mark the end of Ramadan

County clerks in Erie and Niagara counties are taking down auto bureau signs, inspired by their opposition to the Green Light law.