When cash is seized from airport passengers, federal prosecutors will offer reasons why it was probably drug money and should be forfeited forever.

Among the most common: A drug-sniffing dog found traces of narcotics on the currency. Most of the money was in the small bills commonly used in street dealing. People who carry large sums of cash might be drug dealers.

A federal judge in Buffalo recently rejected all of the above in one such case and dismissed the federal government’s claim to $16,037.

Unless the U.S. Attorney’s Office appeals the ruling, the money will be returned to the estate of a Rochester man forced to surrender his cash at the Buffalo Niagara International Airport in 2019.

U.S. District Court Judge Lawrence J. Vilardo said prosecutors failed to tie the passenger to any criminal activity, let alone narcotics trafficking. He then accused the authorities of relying on racial stereotypes when they seized the bills from the late Nazier L. McFadden, who was 19 at the time and had no criminal record.

In Buffalo, according to internal reports obtained by The Buffalo News, airport police and federal agents seized more than $860,000 over four years. Police say the money seized from travelers – often with the aid of drug-sniffing dogs – has been used to buy weapons, vehicles, Narcan and to finance many other law enforcement purposes.

“Why did law enforcement jump to the conclusion that the money came from drugs?” the judge wrote as he summed up his order. “Would the outcome have been different if a 19-year-old white man had attempted to travel with $16,037 in his billfold? Would that man even have been questioned?”

Police and prosecutors have called the civil seizures of suspected drug money – without proving the owner committed a crime – valuable to their work to disrupt drug trafficking. Some Buffalo air passengers whose money has been seized over the years turned up later in drug investigations or were already being probed.

Still, Vilardo’s ruling was welcomed in some quarters as a rare rebuke in a forfeiture case.

Paul Avelar is with the libertarian-leaning Institute for Justice, a public interest law firm headquartered in Virginia that has taken aim at profit-based policing and keeps an eye on forfeiture cases.

The institute in 2020 initiated a class-action lawsuit on behalf of a railroad retiree who distrusted banks and kept his retirement nest egg of about $82,000 in cash. Federal agents seized the money when his daughter tried to fly with it from Pittsburgh home to Boston, where she intended to set up a bank account for paying her father's bills. The lawsuit is ongoing.

“It is just nice to see courts hold the government to what its burden is supposed to be,” Avelar said.

Local lawyer Steven M. Cohen says he has seen forfeiture cases in which, to him, the government abused its authority.

“This decision breathes life back into a constitution that has been all but forgotten by much of the federal bench,” Cohen said after The Buffalo News asked him to read the McFadden ruling. “Judge Vilardo reminds the government that it has the burden of proof in establishing that property is linked to a crime before it is subject to forfeiture.

"For this judge, the government’s burden of showing a likelihood of criminality is not met simply because a man with no criminal record, who has a large amount of cash, is Black.”

Rosalyn McFadden, Nazier McFadden’s mother, said she intends to donate some of the money to people in need through the foundation she set up in her son’s name after he and a friend were killed by gunfire in Rochester in August 2020. The murders have not been solved.

Legal to fly with cash

It’s legal to travel within the country with any amount of money. But large sums of cash are seized at airports nationwide on the suspicion that it somehow stems from drug trafficking.

In Buffalo, the Niagara Frontier Transit Police and federal agents seized more than $860,000 over four years, The Buffalo News revealed in July 2020 after analyzing police reports and court cases. The money, usually involving $10,000 or more, was spotted during the mandatory inspection of luggage, purses and bags done to make air travel safer, not because authorities have probable cause to believe a crime is underway.

Through a process called civil forfeiture, federal prosecutors need not prove the passenger committed a crime in order to keep the money. In nearly all cases reviewed by The News, Buffalo passengers were sent on their way, without their cash. It is then up to the passenger to claim the money, often in a civil proceeding in which the government must link the cash to narcotics trafficking by a “preponderance of the evidence,” the lowest standard of proof.

If the passenger loses outright, the government keeps the money, with the police agency that seized it collecting 80%. Sometimes, prosecutors and passengers negotiate the return of at least some of the cash.

A now-retired prosecutor who handled those cases for years in Western New York, Richard D. Kaufman, told The News in 2020 that civil forfeiture has helped the government interrupt shipments of drug proceeds and the movement of money to buy drugs.

He also acknowledged the expense of fighting the government. Lawyers, Kaufman said, sometimes advise passengers to settle rather than spend thousands in legal fees to get all their cash back.

In the McFadden case, Syracuse lawyer George F. Hildebrandt took the matter on contingency, meaning he will keep roughly a third of what’s recovered as his fee.

“I’m not someone who typically takes forfeiture cases,” Hildebrandt said, “but this one really bothered me.”

If the U.S. Attorney’s Office in Western New York does not appeal the ruling – its spokeswoman refused to comment – Hildebrandt said he might seek to have the government cover his fee.

Vilardo acknowledged the officers had reason to be suspicious.

McFadden explained he was carrying the money to California, where he intended to relocate. But he had arrived at the airport with only one bag and bought his ticket minutes before he was to board. He smelled of marijuana and admitted to smoking it on occasion.

McFadden told officers that most of the money was the life savings he had earned working at Wegmans and working construction jobs off the books for a relative's company. He later said about $5,000 of the $16,037 was given to him by a friend to carry to another friend out in California.

To seize the money, the police and the FBI, which was called in, relied on McFadden's shifting answers, the fact a police dog confirmed the scent of drugs on his cash, and that it was mostly in $20 bills – a denomination “more commonly used” in street-level drug sales, their papers said.

None of that, however, proved a connection to drug trafficking, Hildebrandt responded in his papers. The case was delayed after McFadden’s death and resumed when his mother was named administrator of the estate.

• On the preponderance of $20 bills: “An individual might have many 20-dollar bills for a variety of reasons," Vilardo wrote, "including, for instance, that he was paid in cash for a low-wage, off-the-books job, as McFadden claimed he was.”

• On the dog smelling illegal narcotics: Detectable amounts of cocaine contaminate as much as 90% of U.S. paper currency, Vilardo said, citing appeals decisions. McFadden’s cash might have smelled of marijuana, the judge noted, because he had recently smoked it.

He wrote: “The government’s argument leads to the implausible – and troubling – conclusion that anyone who recently has used marijuana could have one’s cash seized as the suspected profits of narcotics trafficking.”

• On the fact McFadden didn’t use a bank: “The assumption underlying the inference of criminality is that the only – or at least the most likely – reason an individual would not use a bank to store money is that the money is derived from criminal activity. That assumption wholly ignores the fact that a significant number of Americans are unbanked, meaning that no one in their household has a checking or savings account.”

"Stated plainly, the court will not license the government’s weaponization of racialized tropes.” 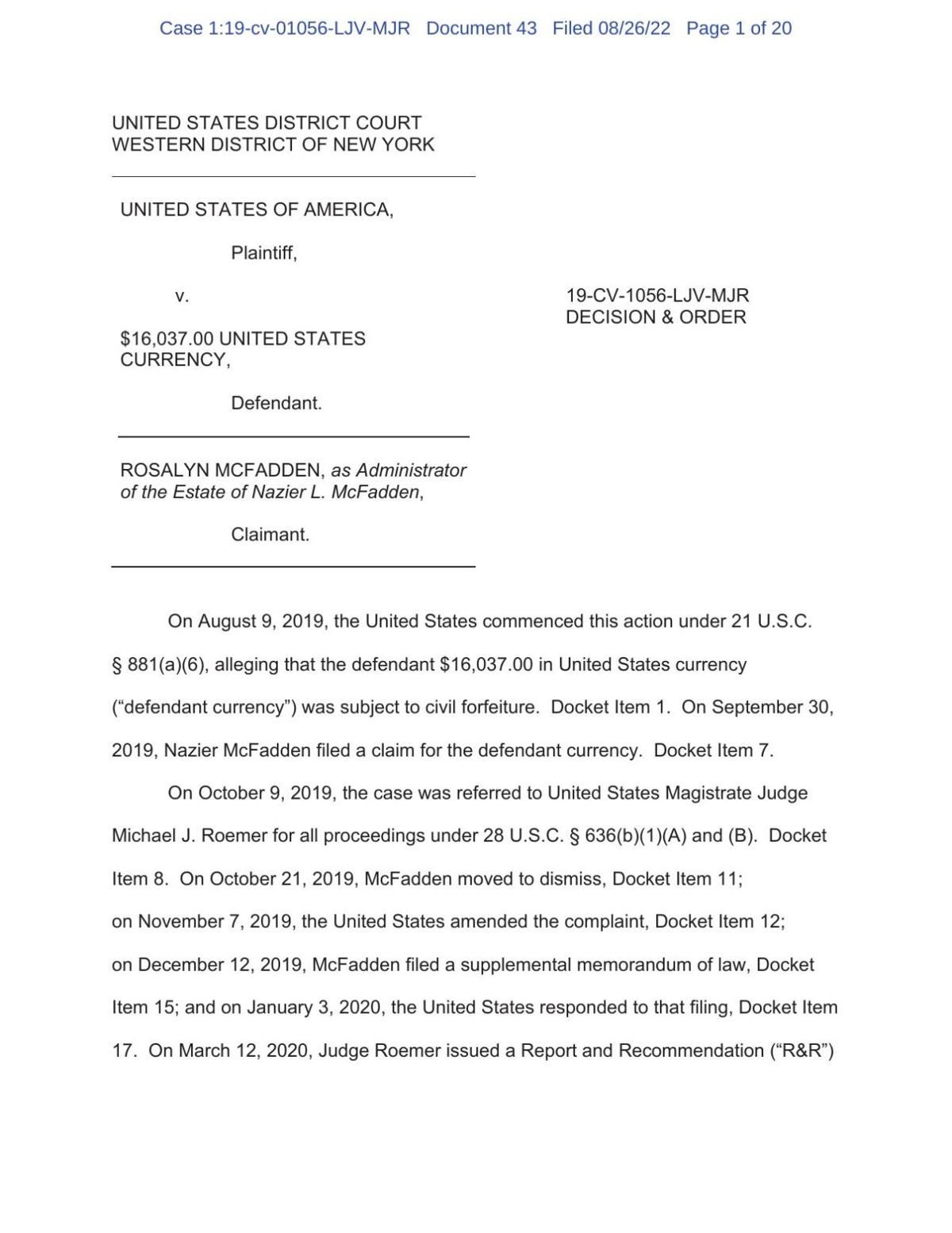 Federal seizure laws still amount to taking what isn’t yours without due process. Congress needs to reconsider this overly broad authority, the News Editorial Board says. 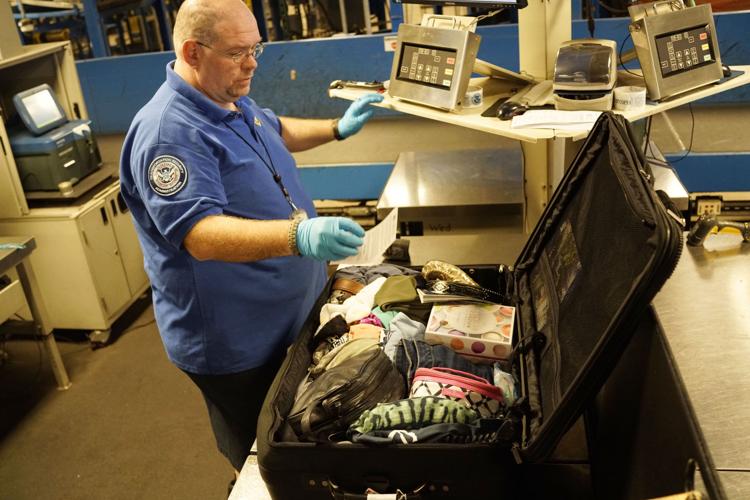 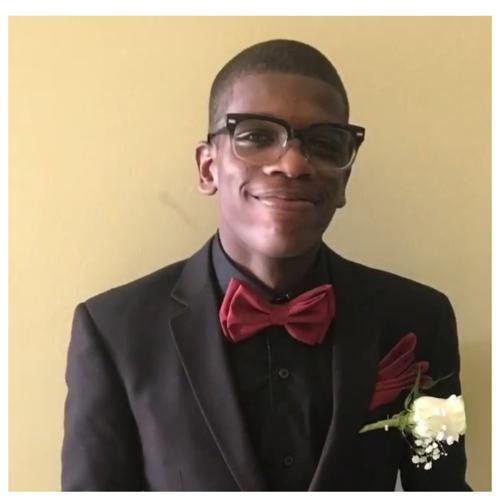 A family photo of Nazier McFadden, who had $16,037 seized by police from his carry-on bag at Buffalo Niagara International Airport in March 2019.