But not everyone remembers her name.

A Long Island woman, one of two people in a partnership that purchased the Emerald South Nursing and Rehabilitation Center, where the 82-year-old dementia patient was fatally beaten, said she could not place the name when questioned by a lawyer at a legal hearing.

"Are you familiar with a woman named Ruth Murray?" Judith Landa was asked.

"No, I'm not," Landa replied, according to a transcript of the hearing.

"Yes, there was," Landa replied.

Judith Landa, a former investor in the Emerald South and Emerald North nursing homes, is suing County Executive Mark Poloncarz for slander and

In her lawsuit, Landa described how Poloncarz referred to her and her husband, owner of the real estate where the Emerald North and Emerald South facilities were located, as "treating residents horribly" and "putting the public at risk." Landa said Poloncarz was "malicious" and "motivated by spite, and ill will" toward her. She said his tweets and comments at an August 2018 news conference held outside Emerald South caused a prospective buyer of the nursing homes to change his mind, resulting in the sale of the nursing homes for a much lower price. She wants the court to award her the difference between the value of the original sale agreement, which was abandoned, and the cheaper agreement that was ultimately signed.

At the hearing, Landa also failed to remember the name of William Strasner, an 87-year-old resident who fell to his death in June 2018 while using a makeshift rope to escape out the window of his third-floor room at the since-closed Emerald South.

"I don't know," replied Landa, whose lawsuit describes her as a grandmother and "passive investor."

"Are you aware of a situation where a patient at Emerald South fell out or climbed out of his window and then subsequently died as a result of that?" Cummings asked.

Ruthie's Law, signed into law by Poloncarz in July 2017, requires all nursing homes in Erie County to contact designated loved ones within two hours and provide all known information if a resident suffers serious injuries requiring outside treatment.

The transcript from Poloncarz's news conference shows the county executive qualified his comments that he believed that action was needed by the New York State Department of Health due to the issues at the Emerald South nursing facility on Delaware Avenue, Cummings said.

"As such, the comments are pure opinion and not actionable defamation," Cummings said in his court papers.

Morrissy called the defense's argument an "attempt to divert the court’s attention from the truth by asserting baseless, conclusory, and false statements of fact – the same brazen behavior that led to this lawsuit."

The defense "admits that some of his defamatory statements were based on allegations from a National Labor Relations Board complaint that was ultimately settled to NLRB’s satisfaction and that he restated those allegations as fact in his press conference," according to Morrissy's court papers. "That sort of reckless disregard for the truth is textbook defamation."

At the October hearing, Landa acknowledged she never stepped foot in either the Emerald South or Emerald North nursing homes.

"I was a passive operator, but I hired the right people," Landa said.

Landa hired the Sapphire Care Group, a nursing home management company, to manage the day-to-day operations, according to her lawsuit.

According to the lawsuit, Landa and her husband separately invested or forewent the collection of about $10 million into the facilities that they say they will never recoup.

"We put in a lot of money to make sure that the patients get good care," she said at the hearing.

"And then when that didn't work, New York State, together with my lawyers, put in a receivership, which was Jerry Strauss," Landa said.

Despite her best efforts, "she concluded that Emerald North and Emerald South were so burdened with insurmountable issues predating her ownership that she would be unable to create the positive change necessary to make the ailing facilities sustainable," according to her lawsuit.

The state had fined Emerald South $10,000 each for the deaths of Murray and Strasner. By 2018, the federal government called Emerald South a two-star nursing home, or "below average."

The Health Department appointed New York City-based Grand Healthcare System, whose CEO is Jeremy B. Strauss, as the receiver for Emerald South and its companion facility, Emerald North, in October 2018, months after the resident fell to his death and after the federal government designated Emerald South a “special focus facility,” requiring closer scrutiny of it.

After Poloncarz learned of Landa's negotiations to sell Emerald North and Emerald South, he began making false and damaging public statements about her involvement with the facilities, according to her lawsuit. Poloncarz called her and her husband "deadbeat downstate owners who neither care about the patients and residents nor the employees at the facility," according to her lawsuit.

A troubled Delaware Avenue nursing home has boarded up its doors after transferring the last of its residents to other facilities in the city, according to the facility’s state-appointed

Poloncarz's "defamatory campaign" against her and the media coverage he orchestrated hurt her ability to sell the nursing homes, and she was forced to try and sell the facilities for markedly less than a price she had previously negotiated, according to her lawsuit.

"I was in the midst of selling the nursing home to Jeremy Strauss," she said. "He was going to pay a substantial amount of money. Then Poloncarz came in and he was saying all the statements around that time," she said at the hearing.

Landa said she was going to sell both nursing homes to Strauss for about $16.5 million.

"We sold it for three and a half million," she said at the hearing. "So we lost a lot of money."

That's approximately $1 million more than her partnership bought them for, according to New York State Department of Health records that the county cited. At the hearing, however, Landa said she paid $8 million to $10 million for the operations of Emerald South and North.

In my 24th year at The News, I use a lot of spreadsheets. So I like data. A lot. Still chasing stories at courthouses. From St. Louis. A Missouri and Syracuse grad.

Chabad of Buffalo has accepted ownership of the former Emerald South Nursing and Rehabilitation Center at 1175 Delaware Ave. from a company associated with Long Island resident Benjamin

The state Health Department has appointed a receiver to take over two poorly rated Buffalo nursing homes, including one where resident deaths have prompted police investigations. Emerald South Nursing and Rehabilitation Center and Emerald North Nursing and Rehabilitation Center — which were the focus of a Buffalo News investigative story published Sunday — will be run by a company owned 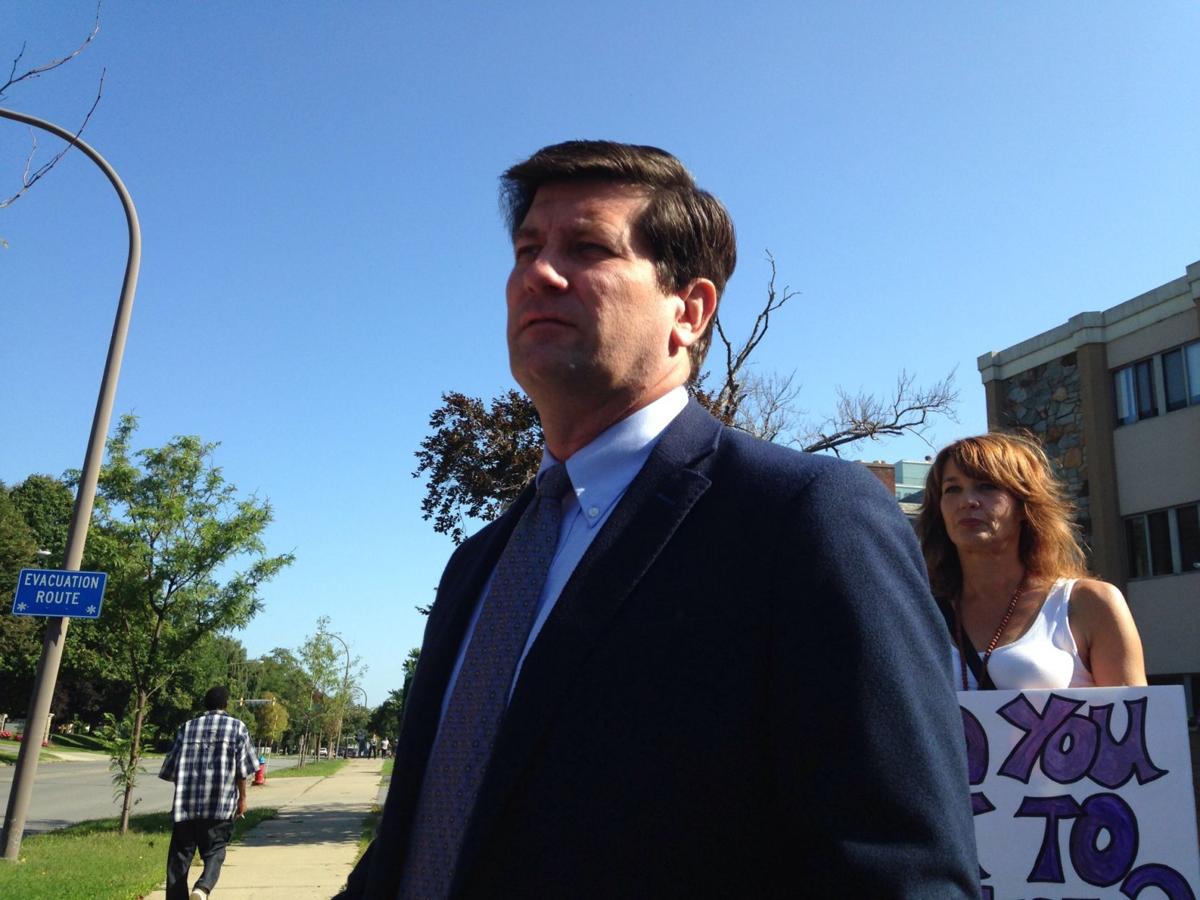 Erie County Executive Mark Poloncarz stood outside the Emerald South nursing home in August 2018 to decry conditions there and call on the state Department of Health to appoint a receiver to take over operation. Many of those comments are now the basis for a defamation suit against him. (Lou Michel / Buffalo News) 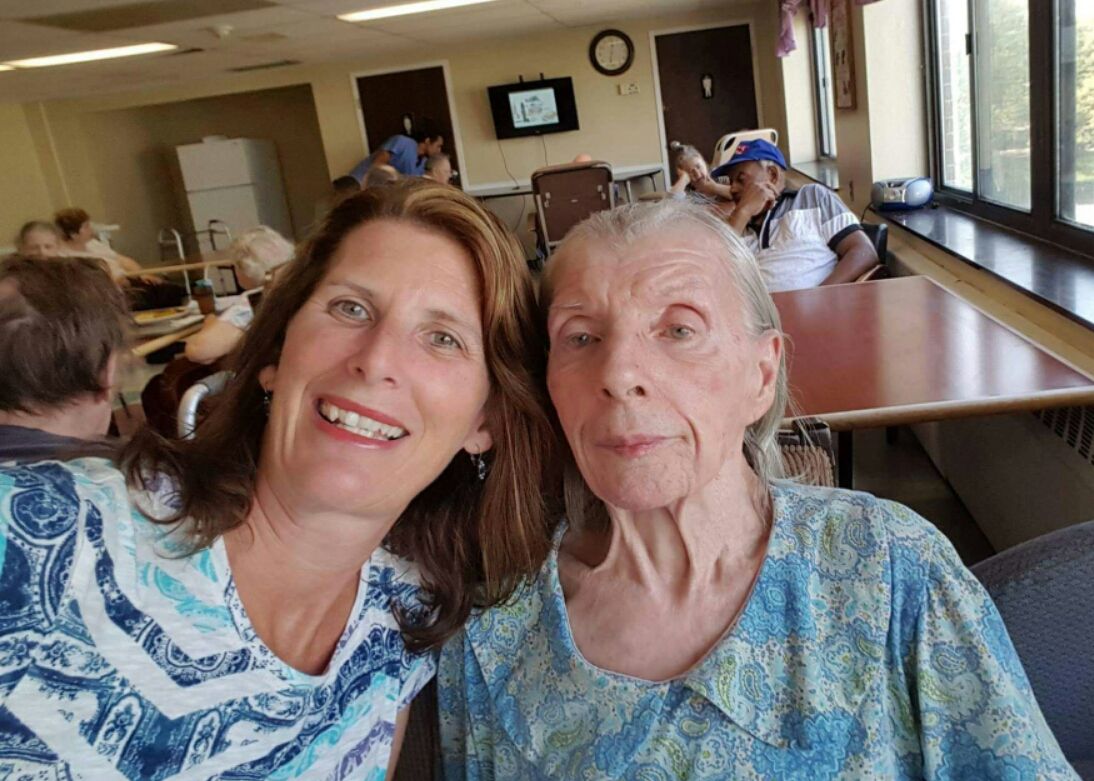 Photo of Ruth Murray, right, and her daughter Carol Kuszniaj on Aug. 25, 2017, the day before Murray was attacked by a fellow nursing home resident.