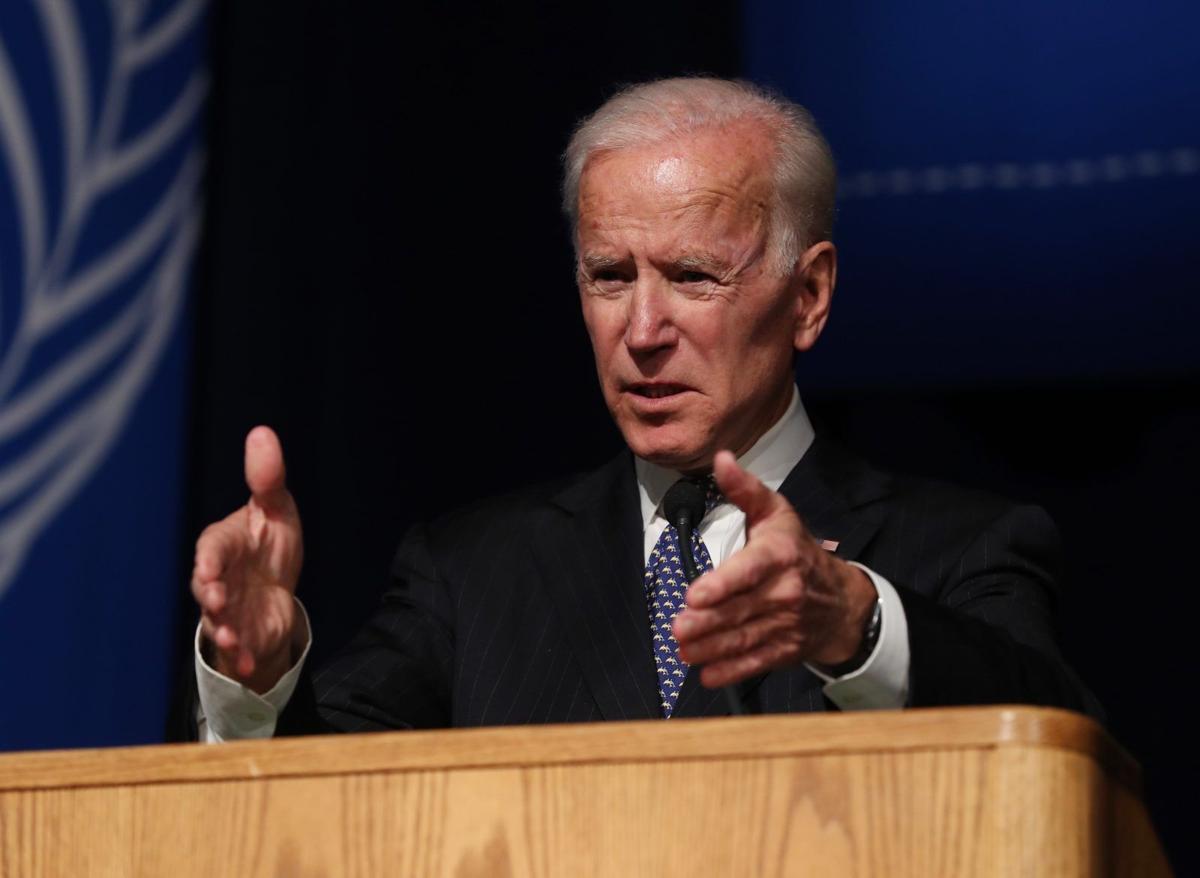 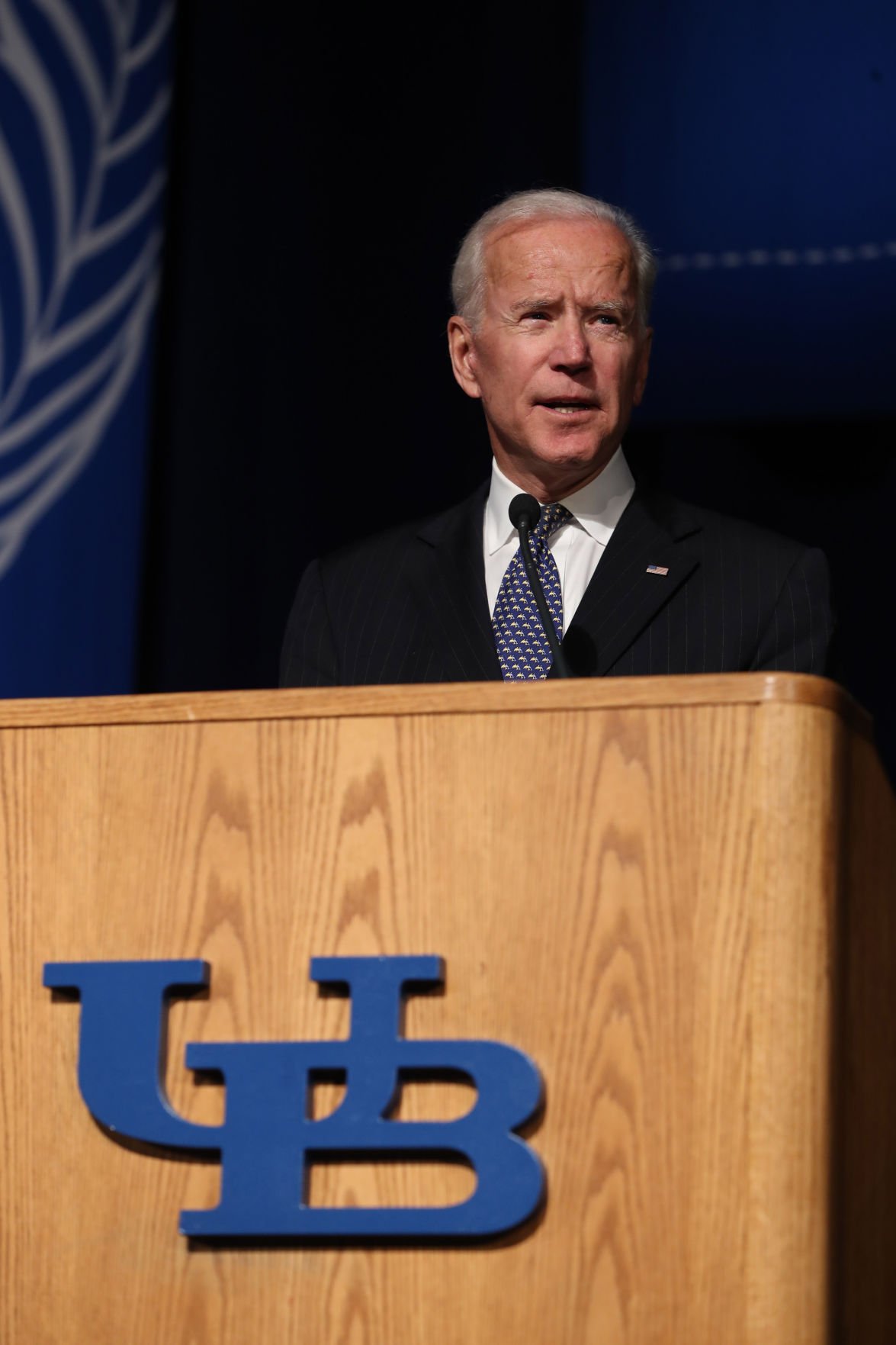 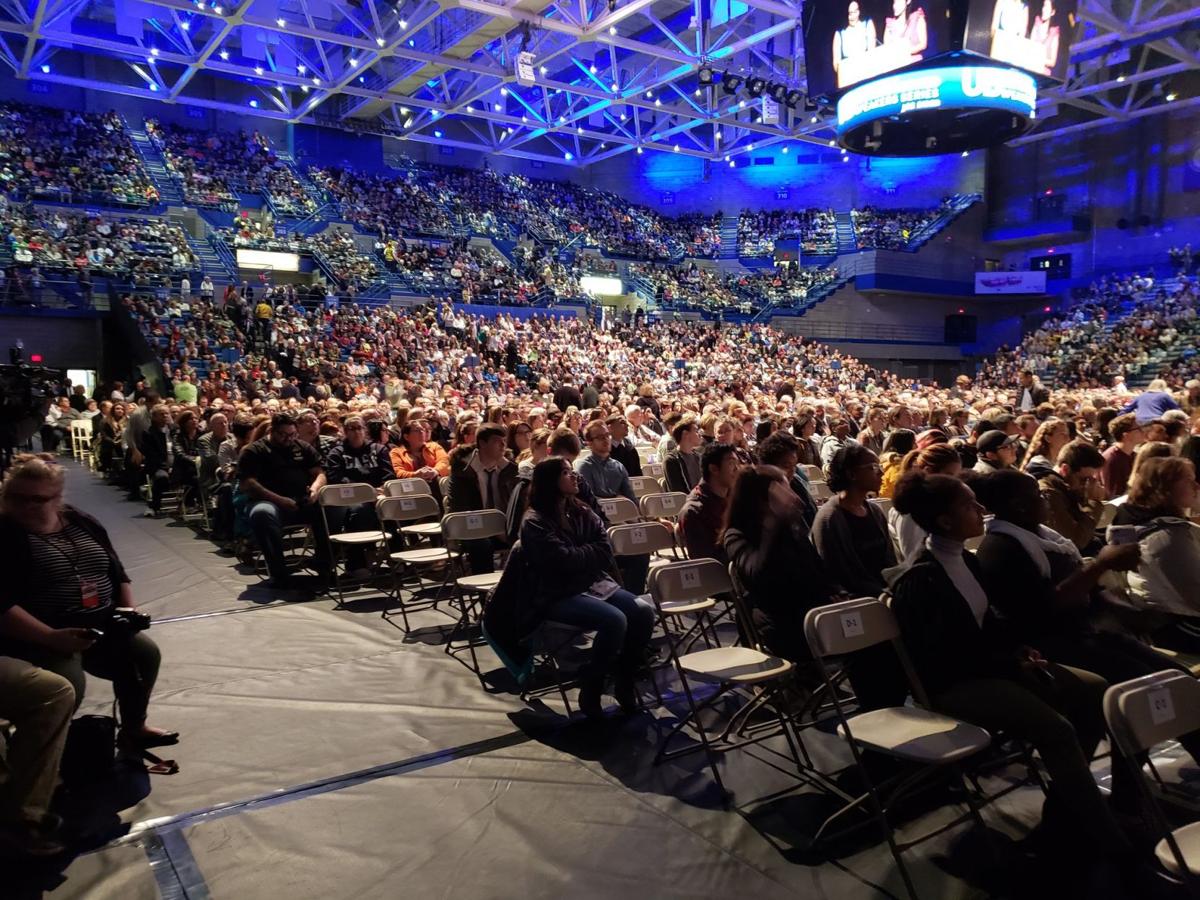 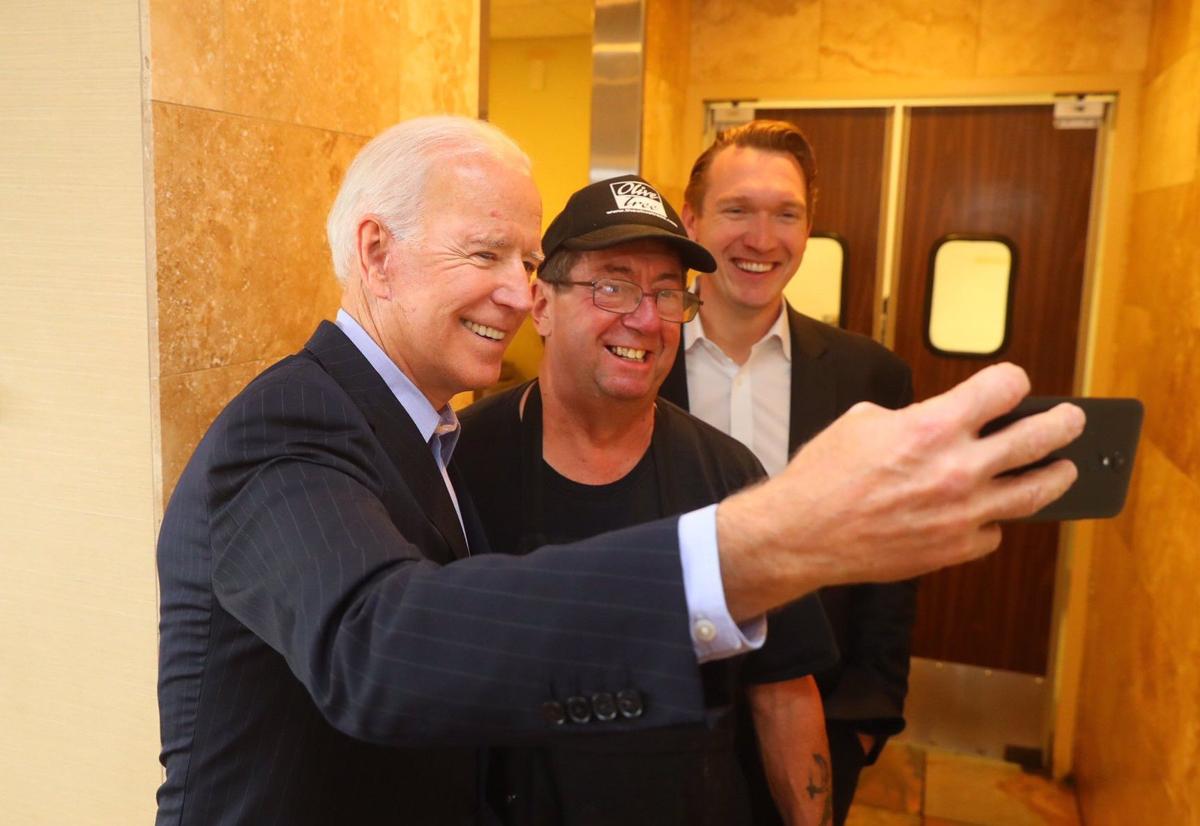 In a visit to Western New York on Thursday, Joseph Biden could have used words that were caustic, divisive, frustrated.

Instead, the former vice president strove — in the wake of news reports of how Biden was mailed two pipe bombs, amid a spate of such incidents this week — to deliver messages with a different tone.

Biden spoke of hope. And optimism.

And values that he described as intrinsically American — even in a political climate that can extend into faction and foment.

At the University at Buffalo's North Campus in Amherst Thursday evening, delivering an address as part of UB's Distinguished Speaker Series, Biden drew from the words of William Butler Yeats and Ronald Reagan.

Not to mention Biden's own mother.

“Folks, we don’t have all the facts yet, and we don’t know who’s behind this and why they’re doing it,” Biden said, talking about the pipe bomb mailings that happened this week.

“As my mother used to say," Biden said, "out of something bad, something good will come of it."

"My hope is this recent spate of pipe bomb mailings … might wake everybody in my business up a little bit," Biden said, "and realize that we have to put this country back together again.”

That message resonated with Biden's words earlier in the day Thursday at the Olive Tree Restaurant in Lancaster, where, as part of a campaign stop in support of Democratic candidate for Congress Nathan McMurray, Biden talked with restaurant patrons.

“We gotta turn off this hate machine. We gotta come together," Biden said. "The American public, all over the nation, people want us to be more civil. People want us to choose hope over hate."

Biden made those remarks at the Broadway restaurant during his visit with McMurray, the 27th Congressional District candidate and Grand Island town supervisor. Biden didn't mention President Trump by name, but referred to a comment the president made in the wake of violence in Charlottesville, Va., last summer. The president last year had said he thought there was "blame on both sides" for the violence.

Biden spoke Thursday of leaders who say "there's an equivalence" between the white supremacists on one side and those who oppose them on the other.

At UB, in his address to a sold-out crowd of listeners in Alumni Arena, Biden — after an introduction from UB President Satish Tripathi — recalled the beginnings of his own political career as a way to stress common ground and American values.

“Folks, I’ve been doing this a long time," Biden said. "I was elected to the United States Senate when I was 29 years old. I wasn’t old enough to be sworn in."

"Literally," he added, "when I got elected I had to wait 17 days to be eligible, and I’ve never, ever, ever looked at a political opponent as an enemy. An opponent in a contest of ideas, but not an enemy.”

“American is who we are," Biden said, to applause in the arena. "We’re Americans before we’re Democrats or Republicans or Independents.”

Biden talked about Ronald Reagan's orations — in particular, Reagan's city-on-a-hill speech, which Biden read from — and included in his remarks a passage from Yeats' poem "The Second Coming."

“Things fall apart. The center cannot hold," Biden recited from the poem. "Mere anarchy is loosed upon the world. The blood-dimmed tide is loosed, and everywhere the ceremony of innocence is drowned. The best lack all conviction, while the worst are full of passionate intensity.”

In his UB speech, Biden spoke of the late Sen. John McCain as a "close friend" and as a "brother." The audience applauded at that mention of McCain.

Earlier in the day, at his Lancaster restaurant stop, Biden connected with a Darien man who said that the former vice president's life has touched him in a personal way.

Dan Janis, who had been eating in the restaurant with his wife Roberta and friends when Biden arrived, spoke with Biden for several minutes.

Janis said he offered Biden condolences about his son, Beau, who died at 46 in 2015 from a form of brain cancer. Janis said his wife's cousin died from the same type of cancer, his cousin died of cancer last year and his sister-in-law was recently diagnosed with stage 4 lung cancer.

Biden's themes of tolerance and respect in the UB address dealt in subtle ways with recent headlines and offered a positive outlook.

“The press is not the enemy of the people. Immigrants are not animals," Biden said at UB. "My hope and prayer is that all of our leaders will work to lower the temperature in our public dialogue."

"And I have faith that they will do that,” Biden said.

Take me out (of) the ballgame: Fans will have tough time seeing Jays games from outside