In backing Pelosi, Higgins got what he wanted — and so did she
0 comments
Share this
Support this work for $1 a month
1 of 2 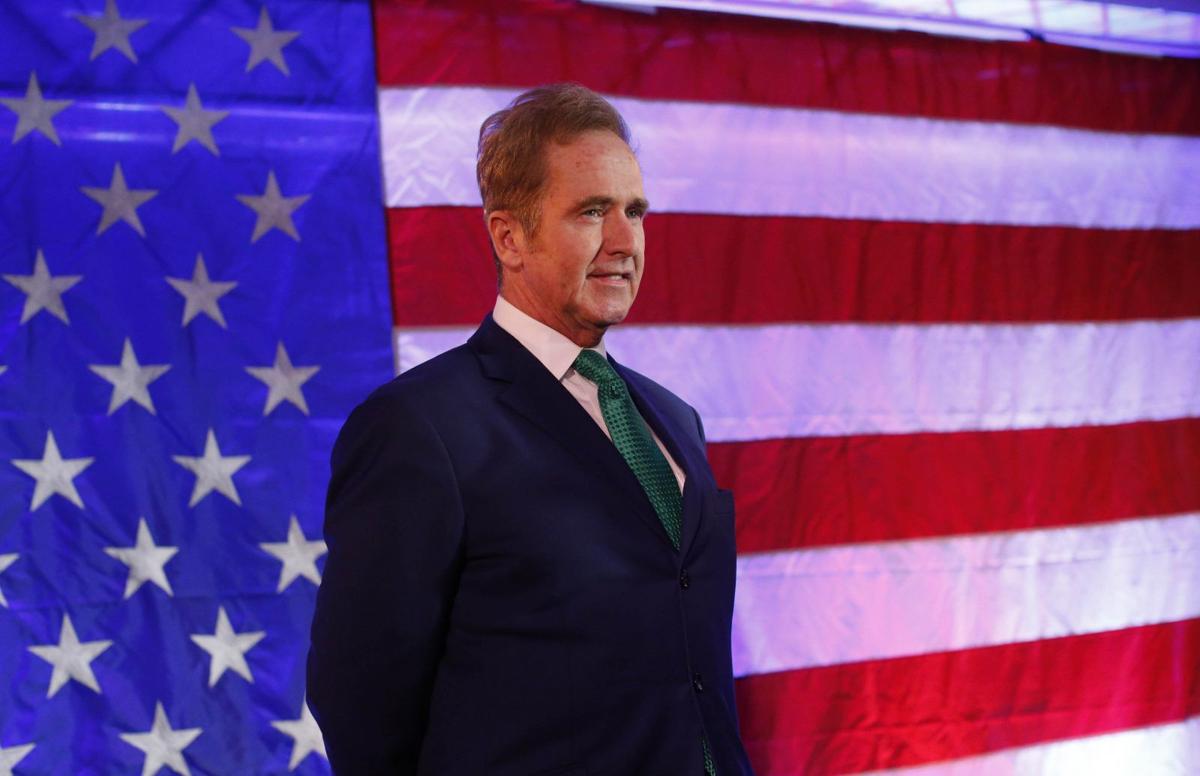 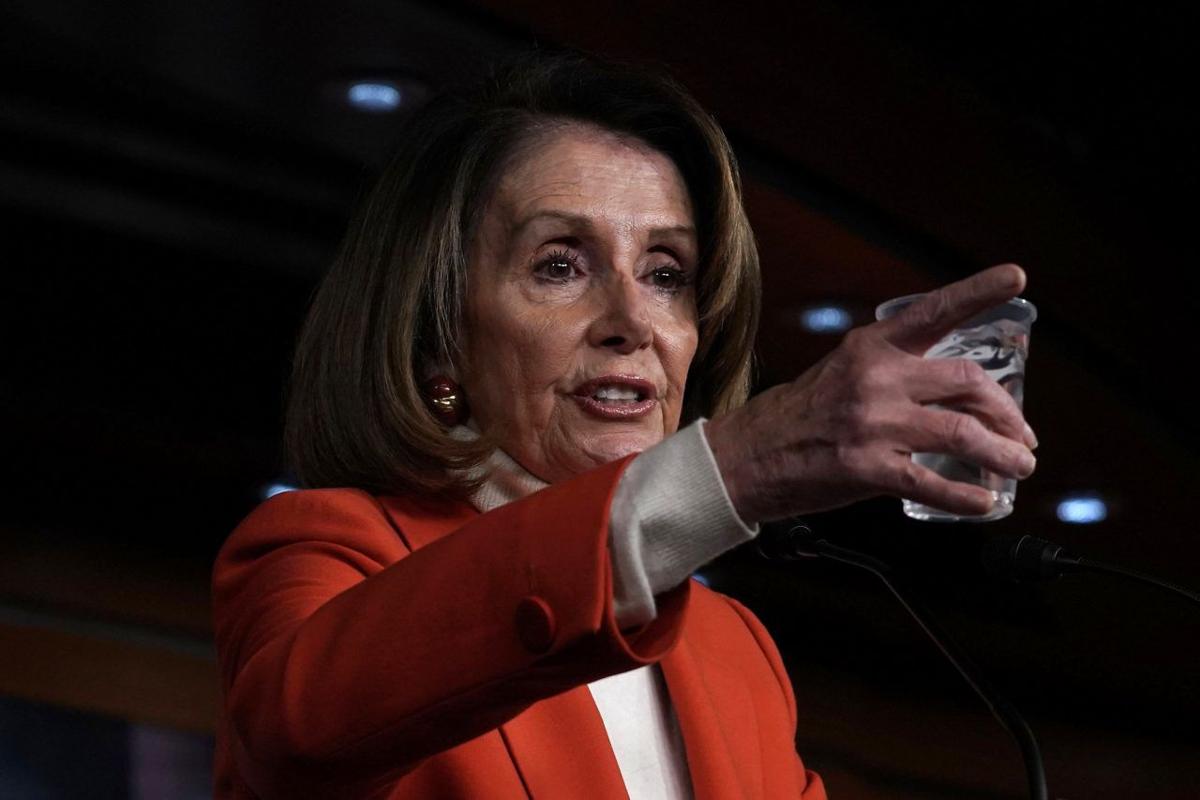 House Speaker Nancy Pelosi, D-Calif., said Sunday that she and fellow Democrats support an infrastructure bill but that costs, and how to pay for them, will be part of negotiations with Republicans. (Getty Images)

WASHINGTON – Rep. Brian Higgins of Buffalo got what he really wanted, and so did Democratic Leader Nancy Pelosi of California.

Higgins got his two legislative priorities at the top of the Democratic agenda when the party takes control of the House next month. And Pelosi got Higgins' support for what increasingly looks like her inevitable return to the House speakership.

After saying for months that he would not back Pelosi's leadership bid in the next Congress, Higgins reversed course Wednesday, all because she agreed to prioritize Higgins' top two issues: a big infrastructure bill and a measure to open Medicare to people over age 50.

"I have an agreement in principle with the Democratic leader that those are going to be two priorities, and that I will be the lead person on the Medicare buy-in," Higgins said in an interview with The Buffalo News where he announced his turnabout.

Higgins elaborated on his thinking in a statement released later Wednesday.

“Some will ask why I have changed my position," he said. "The answer is simple: I took a principled stand on issues of vital importance not only to my constituents in Western New York but also to more than 300 million Americans whose lives can be improved by progress in these areas. A principled stand, however, often requires a pragmatic outlook in order to meet with success."

Higgins' move comes five months after he first announced that he would not back Pelosi, 78, for the top Democratic position in the next House. Calling her "aloof, frenetic and misguided," Higgins said at the time that his problems with Pelosi stemmed from the fact that she was not pushing infrastructure investment and his Medicare bill as aggressively as he would have liked.

But in a statement, Pelosi indicated she will be happy to do that in the next Congress.

“For years, Congressman Higgins has been an extraordinary leader on the issue of achieving quality, affordable health care for all Americans," she said. “His Medicare buy-in proposal is central to this debate, as we work to build on the Affordable Care Act."

“We looking forward to working together to lower the cost of health care for hard-working families and raise their paychecks by building infrastructure of America, which is also an important issue to Congressman Higgins," she said. “I am honored by his support.”

Higgins' reversal comes only two days after he joined 15 other House Democrats on a letter calling for new leadership.

“We promised to change the status quo and we intend to deliver on that promise,” the group wrote.

Higgins said he changed his mind, though, after conversations with Pelosi and Senate Minority Leader Charles E. Schumer of New York.

He said that he and Pelosi discussed her lack of attention to the major infrastructure bill and the Medicare bill that Higgins had been pushing.

"She apologized about what happened last year and took responsibility for it," he said.

Meanwhile, Schumer called Higgins and agreed that those two bills will be among the Senate Democrats' priorities, too

Schumer appeared to have played a major role in the reconciliation between Higgins and Pelosi.

The senator said he spoke to Higgins several times in recent days, and that the congressman stressed that he wanted to be deeply involved in those infrastructure and health care bills.

"I told him this was a wonderful idea, called Pelosi, and told her that I thought Brian would be a real asset to get these things done," Schumer said. "She called him and I believe they had a very productive conversation and I’m very glad that Brian will play a major role in this new Congress on two very significant issues.”

Higgins said one other factor influenced his decision. Two possible challengers — Rep. Karen Bass of California and Rep. Marcia Fudge of Ohio — both endorsed Pelosi in the past two weeks.

"The bottom line is, we don't even have a semblance of a viable alternative at this point," Higgins said.

Higgins said Pelosi — who served as the first female speaker in history between 2007 and 2011 — will be in a "transitional" role, although he said he understood her reluctance to specify exactly when she will leave the House's top job.

Pelosi has been the top-ranking Democrat in the House since 2003. She's considered a master legislator and a driving force behind both the Affordable Care Act and the post-recession financial reforms passed by Congress in 2010, but she's also long served as a Republican punching bag, a fact that led some Democrats to worry about her being the party's most prominent leader over the next two years.

Higgins' move, though, appears to take the remaining steam out of the effort to replace Pelosi.

But to hear Higgins tell it, that doesn't mean the rebellion against her was a failure.

“Following conversations with Nancy and other caucus leaders, I have renewed confidence that more voices will be heard, that members will each have greater opportunities to advance policies meaningful to the communities and country we love," he said.

House Speaker Nancy Pelosi, D-Calif., said Sunday that she and fellow Democrats support an infrastructure bill but that costs, and how to pay for them, will be part of negotiations with Republicans. (Getty Images)