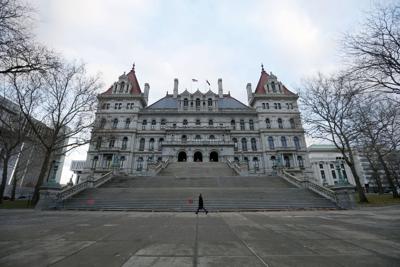 Their ranks are small – just six out of 213 lawmakers in both houses – but advocates on causes from housing and taxes to criminal justice matters say these new democratic socialists are prodding an already liberal-dominated Legislature further to the left.

The apparent influence of the six lawmakers is also outsized because nearly all of them came to office having beaten popular incumbents last year, including one who served in the Assembly for 48 years.

Going into the 2022 election cycle, an increasing number of Democrats in the two houses are seeing their political shadows lengthen with worries that they, too, might face their own potential primary challenges from the left with support of the Democratic Socialists of America, or DSA. Even some hardened, if somewhat entrenched, liberals in the houses are worrying.

“Lawmakers learned that no matter how progressive they are, they can still target you. There’s not anybody in Albany who doesn’t expect them to continue to do that for this cycle. It’s something everybody is thinking about and watching," one Democratic Party insider who spoke on condition of anonymity said of DSA, which has a chapter in Buffalo of several hundred members that is trying to help Walton’s campaign.

A time of worry

Two things are making some Democratic lawmakers, who hold supermajority status in the two houses, even more nervous.

First, all legislative district lines will be redrawn following the once-a-decade reapportionment process that will be concluded early next year.

Second: Walton. Should she win the general election this fall, it would send a tsunami across Democratic Party elected officials in many legislative districts that, indeed, the democratic socialist movement is real.

“Their power is the fact that they are there," the Democratic strategist said of the six DSA members in the Legislature. “They are examples of what can happen.”

The six DSA legislators are all Democratic Party members; they caucus with their fellow Democrats in the Senate and Assembly, meaning they are a part of the closed-door meetings where budget and policy matters get floated, debated and OK'd. The six, all from New York City, were among the early voices calling for the impeachment of scandal-scarred Gov. Andrew M. Cuomo. They helped lead protests with other Democrats outside the governor’s office during state budget talks.

And they pushed aside pressure they were getting from some legislative leaders to keep out of the political affairs and not endorse Walton, who got the six lawmakers’ backing before primary day against Brown.

“We came to Albany to revolutionize the way politics is done in Albany. We’ve succeeded in getting that started," said State Sen. Jabari Brisport, who is a former New York City middle school math teacher and longtime community activist. The group helped press major tax hikes to help fund big funding increases “to be distributed to the working class” in the form of higher education and health care spending.

“That’s what you get when you elect democratic socialists who are aligned with working people and movements that don’t want to sell out our resources to the richest people … I think our voices were definitely listened to," he said in an interview.

Focused as a group

Brisport said he believes the DSA’s ranks will grow in the coming year after, perhaps, some current legislators join their movement and some incumbents lose to DSA challengers in next June’s Democratic Party primaries.

The democratic socialists, who came out of advocacy circles unlike many state lawmakers who navigated local Democratic Party politics to get to Albany, say they are disappointed that various plans they and other liberal Democrats backed this session – from a single-payer health system to sharply higher taxes on wealthy than approved in April – were not passed.

But Assemblyman Zohran Kwame Mamdani, a DSA member, said it was not coincidental that other Socialist causes did get approved this year, including legalization of marijuana, restrictions on solitary confinement in state prisons and abolishment of a state law known as the “walking while trans” statute that critics said targeted transgender people for arrests.

“I absolutely feel there’s been an impact," Mamdani said of the DSA presence in Albany.

The DSA members stick together as a group on many causes, like the endorsement of Walton in May. “It’s a strategy and also an acknowledgement in democratic socialism that we have to work together and that we are not individuals," Brisport said.

In backing Walton, some Democratic leaders pressured the group – five of whom are from Brooklyn and one from Queens – to stay out of Buffalo politics. “It’s very difficult to call your majority leader, somebody you respect … and inform her you’ve decided to endorse in the mayoral race in her city," Mamdani said of the outreach to Assembly Majority Leader Crystal Peoples-Stokes, a Buffalo Democrat and ally of incumbent Mayor Byron Brown.

For her part, Peoples-Stokes said she has not seen an impact from the presence of the four DSA lawmakers in 107-member Assembly Democratic conference or the full Assembly. “I’m going to say no because, first of all, there’s only four of them and we are a 150-member body and it barely strikes a ripple. The tail can’t wag the whole dog. … There’s not enough of them," she said.

One Democratic lawmaker, speaking on condition of anonymity because of the tricky politics at play, said the recent New York City mayoral primary – won by a relative moderate in a field of mostly far-left candidates – shows the limits of the DSA.

“You can be very liberal and a progressive Democrat without calling yourself a socialist," the lawmaker said.

One never truly knows in Albany who influenced the outcome of most policy or fiscal matters because it is a town built on conducting decision-making in secret.

But Republicans say the DSA lawmakers join an already heavily Democratic-dominated Legislature leading New York down a precarious state. Assembly Minority Leader Will Barclay, an Oswego County Republican, said: “Recent efforts to push everything leftward – state-run health care, cancel rent, higher taxes, criminal justice and bail ‘reforms’ – and expand government control while rejecting public safety and personal accountability is dangerous and unsustainable. We simply cannot afford to employ extreme governing tactics and radical policies while ignoring the root causes behind the state’s excessive costs, nor can we tax-and-spend our way out of it.”

Cea Weaver, campaign coordinator for Housing Justice for All, which pushes policies to benefit tenants and homeless individuals, said the six DSA lawmakers “made a dramatic difference” in the 2021 session, including passage of what she called the nation’s strongest emergency rental assistance program in the nation – a $2.7 billion federally funded effort that began June 1.

She said the six lawmakers “worked arm and arm” with tenant activists – including camping out in the Capitol’s War Room near Cuomo’s office – to bolster the tenant measure to get an extra $100 million in state funding and to ensure it covered people in the state without immigration papers. She noted two of the six DSA members came directly out of housing advocacy circles.

“They’re helping redefine what’s politically possible in Albany and were at the center of the push for a progressive revenue package that taxes the super-rich to make deep investments in public goods like schools and health care," said Jessica Wisneski, the co-executive director of Citizen Action of New York, which backs a variety of progressive issues at the Capitol.

“They’re pushing the whole Legislature to consider bold policy solutions that truly match the scale of the problems people are experiencing, from lack of safe, affordable housing to inadequate health care, underfunded public schools and the climate crisis," she added.

VOCAL-NY, a statewide group aligned with other left-leaning organizations working on defunding police to HIV housing efforts, is among those hoping to help expand the socialist presence in Albany. Its political director is Kim Smith, a Rochester activist who nearly pulled off a primary surprise win in 2020 for the New York Senate 61st District that stretches from Monroe County to Erie County.

Smith predicts the DSA impact will rise in Albany, especially if Walton wins.

For the new DSA lawmakers in Albany, going from roles as community activists to lawmakers has provided influence on a state stage. Now, they can call press conferences that reporters will attend, or introduce legislation they want or be wooed by influential lobbyists.

Brisport, the Brooklyn DSA lawmaker, for instance, got eight of his bills – from foster care to criminal justice matters – in this session, a rarity for a freshman member in Albany. Going from advocate to legislator “has been eye-opening as to how much more I can do," he said. 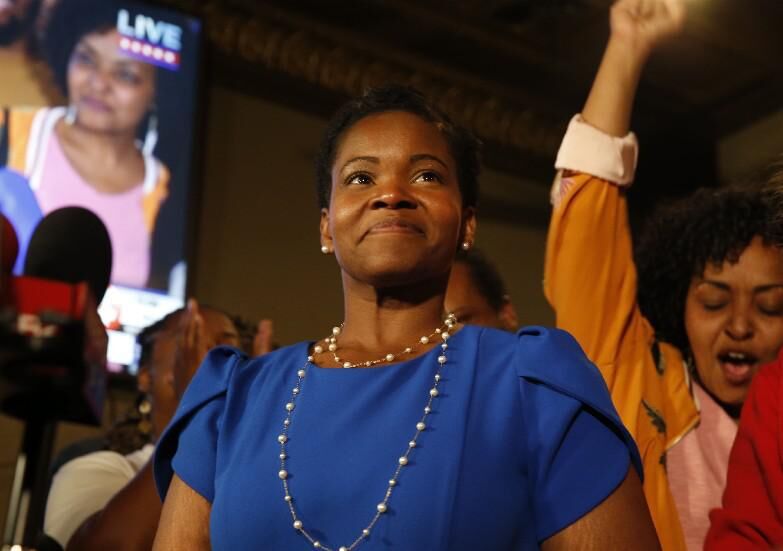 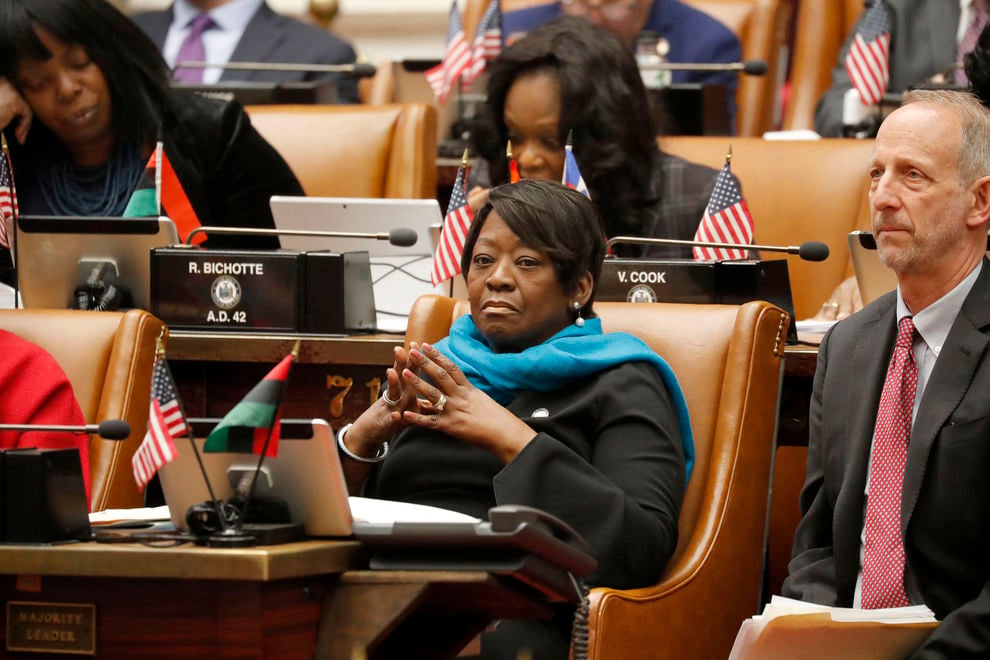