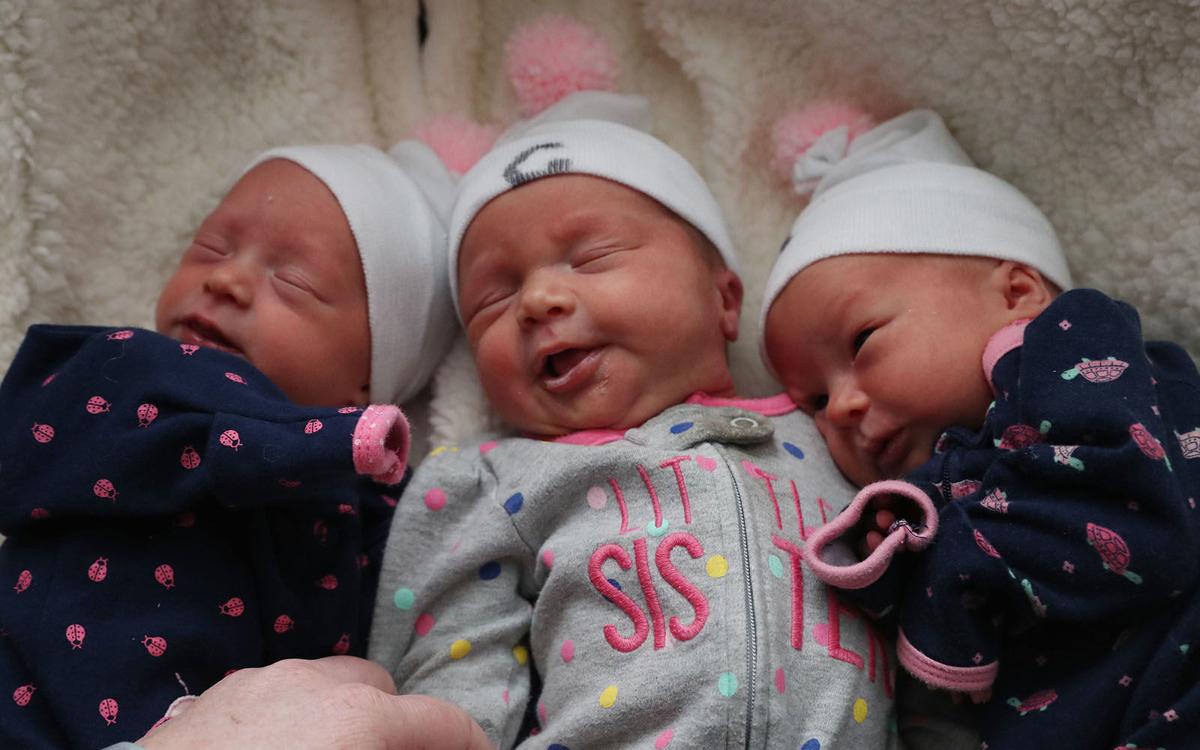 Brighid Rosputni and her triplets came home from the hospital on Saturday. One of the girls was born on Feb. 12 and the other two on Feb. 13. From left are Veira, born on the 12th, and Veida and Vevina, born on the 13th. (Sharon Cantillon/Buffalo News) 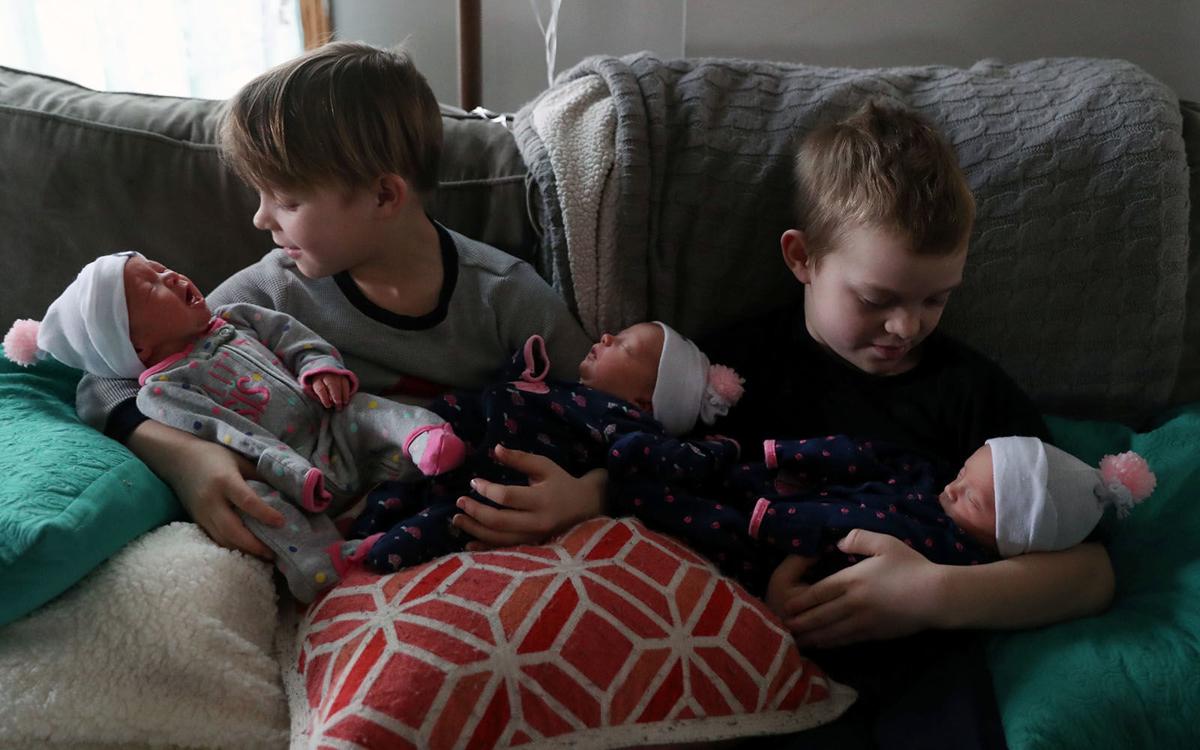 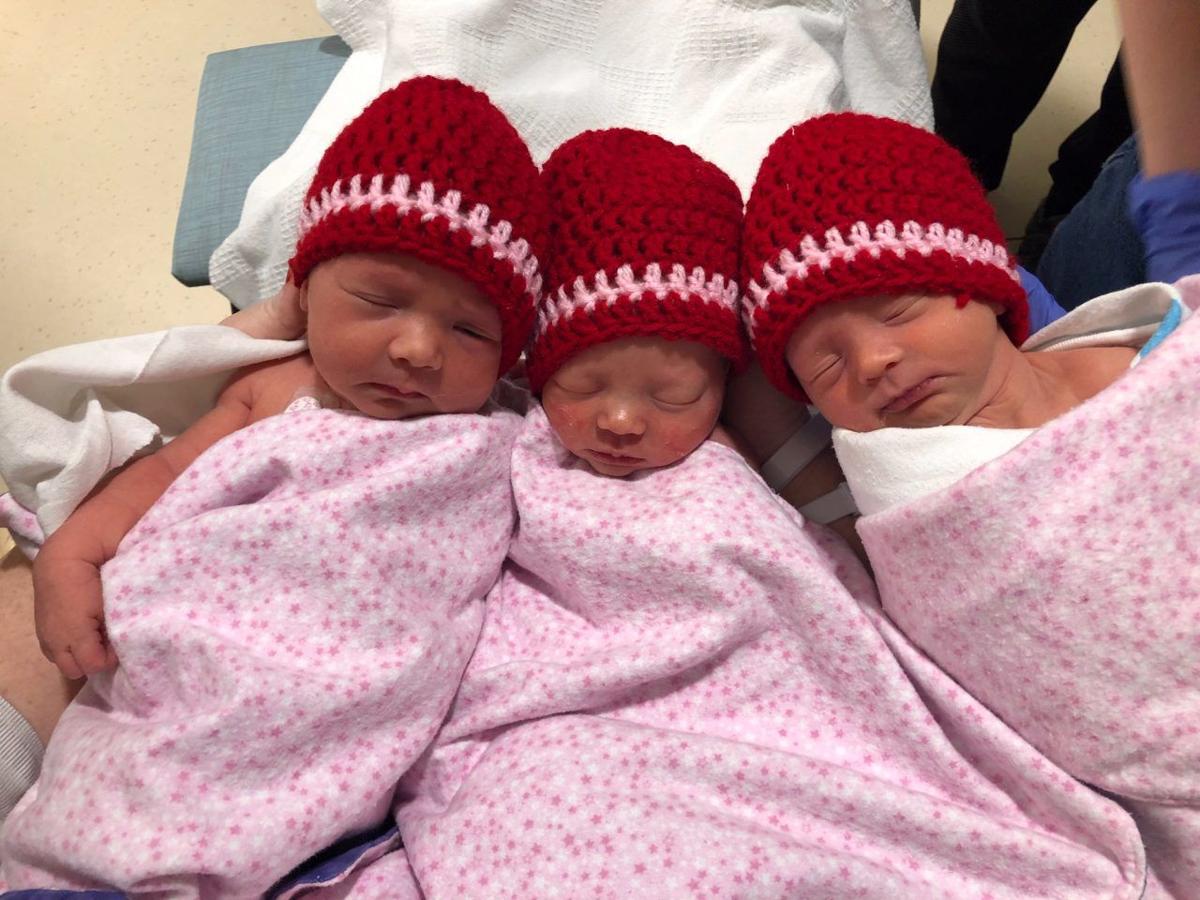 The gender mix in the Rosputni household became a lot more balanced this week.

After a string of six boys – including twins born in different years – Brighid M. Rosputni gave birth Tuesday and Wednesday to triplet girls.

Mom and babies were doing fine and were expected to be released Saturday from Oishei Children’s Hospital.

Rosputni and her husband, Thomas, now have six boys and four girls in all.

Veira’s sisters weren’t ready to join her right away.

Rosputni labored for 18 hours and ran into serious complications, which led to Caesarean sections for the middle and youngest triplets. Vevina Moire weighed 5 pounds, 8 ounces at her birth at 4:58 a.m. on Wednesday. Veida Gene followed at 5:01 a.m. and weighed 6 pounds, 14 ounces.

“It was a life-saving operation for me and the babies,” said Rosputni.

The Rosputni babies will be the second set of triplets to live at 156 Kenefick Ave. in South Buffalo. The Rosputnis currently live in the former home of the Blake triplets, who in 1938 were the first-known triplets in Buffalo to survive beyond birth.

The chances of having either all-girl or all-boy triplets are just 12.5 percent, and the Rosputnis chose not to have the genders revealed to them prior to birth.

The way it worked out – three girls over the course of two days – seemed only fitting for this family.

Brighid Rosputni and her triplets came home from the hospital on Saturday. One of the girls was born on Feb. 12 and the other two on Feb. 13. From left are Veira, born on the 12th, and Veida and Vevina, born on the 13th. (Sharon Cantillon/Buffalo News)