Subscribe for $1
Read Today's E-Edition
Share This
I lost two of my heroes last week. Journalism lost much more.
0 Comments
Share this
Support this work for $1 a month

Talking to others who knew Bill Wolcott and John Hanchette during the days since they passed on Sept. 11 and 15, respectively, reminded me how many feel the same about the pair of journalism legends, who each spent close to a half-century chasing just about every imaginable story.

They began their careers together at the Niagara Falls Gazette, as it was known before "Falls" was deleted from the flag – Hanchette fresh out of St. Bonaventure in 1964, to be joined by Wolcott, who had served in the U.S. Air Force and studied philosophy at the University at Buffalo, three years later.

Bill McGrath, who graduated from St. Bonaventure with Hanchette and worked with Wolcott until the latter’s retirement in 2013, remembers his classmate as a star-in-the-making.

“He was a great storyteller – I always thought he was a special writer from our class,” McGrath said, noting that it also included Lee Coppola, who went on to become an award-winning investigative reporter for the Buffalo Evening News and two of the city’s television stations, an Assistant U.S. Attorney and dean of the St. Bonaventure journalism program. “John was born to be an investigative reporter. He was great with details and double-checking everything.”

Wolcott took a less traditional path into journalism, but took to it immediately after landing a spot in the Gazette sports department through a job fair, McGrath said.

“I thought, ‘How long is it going to take him to get up to speed?’ ” McGrath said. “It didn’t take long. He wasn’t afraid to take on any kind of assignment.”

Wolcott covered the 1972 Summit Series – the first time NHL players faced off against the best of the U.S.S.R., the dominant squad in international hockey. His work during the four games played in Canada convinced his bosses at Gannett, which then owned the Gazette, to send him to Moscow for the second half of the series.

Rather than parlaying his early experiences into other opportunities in bigger markets, Wolcott chose to stay in Niagara Falls, writing about Niagara University basketball, high school sports and Little League baseball along with his various professional beats.

Meanwhile, Hanchette eventually became the Gazette’s managing editor, overseeing the paper’s coverage of the unfolding environmental crisis at Love Canal, including collecting what he called “black goop” out of basements in the neighborhood to be tested.

After leaving Niagara Falls to join Gannett News Service, Hanchette won the profession’s highest honor, a Pulitzer Prize, in 1980 for coverage of a financial scandal within the Catholic Church. He also served as managing editor of the Little Rock Gazette before covering then-Arkansas Gov. Bill Clinton’s successful 1992 run for the presidency and returning to the GNS Washington Bureau as bureau chief.

I met Wolcott when I joined the Gazette sports department in 1995. He immediately made me feel welcome and treated me like a peer, which I saw him do with every new young reporter and editor who followed during our time together.

One of his favored ways to do that was inviting new staffers into his annual March Madness tradition – “The World’s Only Prime Number Pool.”

“The scoring increased each round – 1, 2, 3, 5, 7 and 11 points – and you were never out of it as long as you picked some of the Final Four teams,” said Lisa Wilson, who covered the Bills beat for the Gazette before becoming sports editor, a position she later earned after moving to The Buffalo News. ”Best bracket pool around.”

“Bill not only mentored so many young journalists, including me, he also made the Gazette a fun place to work,” she said.

I had heard of Hanchette while at the Gazette, and had the honor of my byline appearing near his when we both wrote for the Niagara Falls Reporter in the 2000s, after he had retired from GNS.

“What an honor to have a Pulitzer Prize-winning journalist, someone who covered in-depth every branch of the federal government, as The Reporter’s national correspondent and columnist,” said Bruce Battaglia, publisher of the weekly from 2000 to 2008 and a friend of Hanchette’s since the 1960s. “And John was a lot of fun to be with.”

I learned that firsthand during his regular visits to Niagara Falls, and when Bruce and I would venture to Olean, where Hanchette loved to hold court at The Beef & Barrel, telling his own stories masterfully and drawing them out of the rest of the group.

Wolcott shared that inclusiveness, both professionally and personally. Though I didn’t see him as much after leaving the Gazette, before my sons were born, every time I ran into him at a social function or we talked on the phone, he would ask two questions before any other conversation: “How is Jackson? And how is Oscar?”

After smiling and nodding through my new-dad spiel, he would say, “And how is David?”

Wolcott’s love of words came through in his sense of humor. He would remind his colleagues of their weekly obligation to document their working hours with a simple, but double-edged interoffice message: “Time slips aweigh.” After Gannett launched USA Today in 1982, he routinely answered calls with a cheerful “USA Today, Niagara Gazette forever!”

“I’m not sure everybody heard what he was saying, but he got a kick out of it, so that’s all that mattered,” said Bruce Andriatch, who worked with Wolcott at the Gazette from 1986-89.

Now assistant managing editor at The Buffalo News, Andriatch said Wolcott’s banter embodied the bygone days of crowded, bustling newsrooms like the one he joined in Niagara Falls.

“You could feel how much everybody loved each other,” he said. “It was like a family that you chose to be a part of.”

Wolcott and Hanchette shared what they had learned with generations of aspiring journalists. Wolcott taught at Niagara University and SUNY Buffalo State College, while Hanchette took on a faculty position at St. Bonaventure after retiring from GNS.

“He told us, in the real world, you’ve got to get it done,” said John Karlis, a student of Wolcott’s at Buffalo State and later a colleague at the Gazette. “That has stuck with me in all the different facets of my life.”

Hanchette struck up a conversation with one future journalist who was barely in high school. Buffalo News columnist Erik Brady was 14, serving champagne at a party full of reporters and editors from area newspapers thrown by his sister, former News columnist Karen Brady.

“I was thrilled to meet the people behind the bylines, who mostly ignored the kid filling their toasting flutes,” he said. “Not John, of course. He took an interest in the teenager who wanted to get into newspapers someday.”

After the closing of the Courier-Express in 1982, Hanchette was the first person to welcome Brady, a sports columnist at the defunct paper, at his new job with USA Today, which launched eight days after news broke of the Courier's demise.

“John always greeted you with a sly smile that suggested he knew something,” Brady said. “This was only because he so often did. He would confide some piece of inside information — the skinny, he called it — on just about any topic you could name.”

Rachel Axon, an investigative reporter at USA Today, took numerous courses with Hanchette at St. Bonaventure, and said one focusing on media ethics has been of particular value.

“That really installed an ethical compass journalistically, that still guides me,” Axon said. “He was just a delightful person to be around. If he had a bad day, we never saw it. He would challenge you, and do it with a smile.”

Talking about Wolcott, McGrath summed up the most significant legacy both men left with me, as well as those who I talked to over the past week.

“I feel blessed to have him in my life,” McGrath said. “The friendship and the professional connection are something I’ll always treasure. I’m going to miss him, that’s for sure.”

The victim was identified in multiple media reports from Florida and Western New York as Carson Senfield, 19, a University of Tampa student.

The newsroom, administrative offices, Amplified Buffalo and audience staff will relocate to the Larkin at Exchange Building, where The News will lease and occupy about 20,000 square feet.

Off-duty Buffalo cop walked from crash scene and denied he was driving. He wasn't ticketed.

Tonawanda Police Chief James P. Stauffiger defended the officers and supervisors who responded to the incident.

A ride share driver was arrested on numerous charges Monday after he allegedly fled from a traffic stop in the vicinity of 6700 Ward Road in Wheatfield, the Niagara County Sheriff's Office reported.

Rep. Brian Higgins is hopeful that the Canadian government will move toward lifting its stringent travel requirements for U.S. citizens crossing the border into Canada and make masks and the glitchy ArriveCan mobile app for air travelers voluntary.

GObike is trying out protected bike lanes in Buffalo; some motorists aren't happy

The project’s backers call the project good for cyclists and pedestrians. But those opposed to it say the bollards and other short-term measures have created a traffic mess.

More than 140 free one-hour classes on a wide variety of topics for adults 55 and older are being offered in the Fall 2022 University Express 2022 Fall Semester, which begins Oct. 3, the Erie County Department of Senior Services announced. 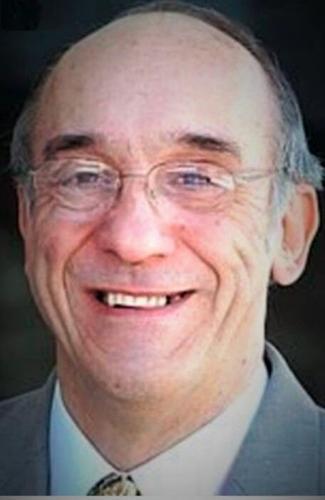 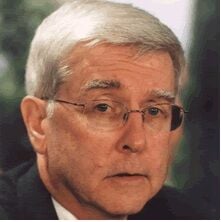