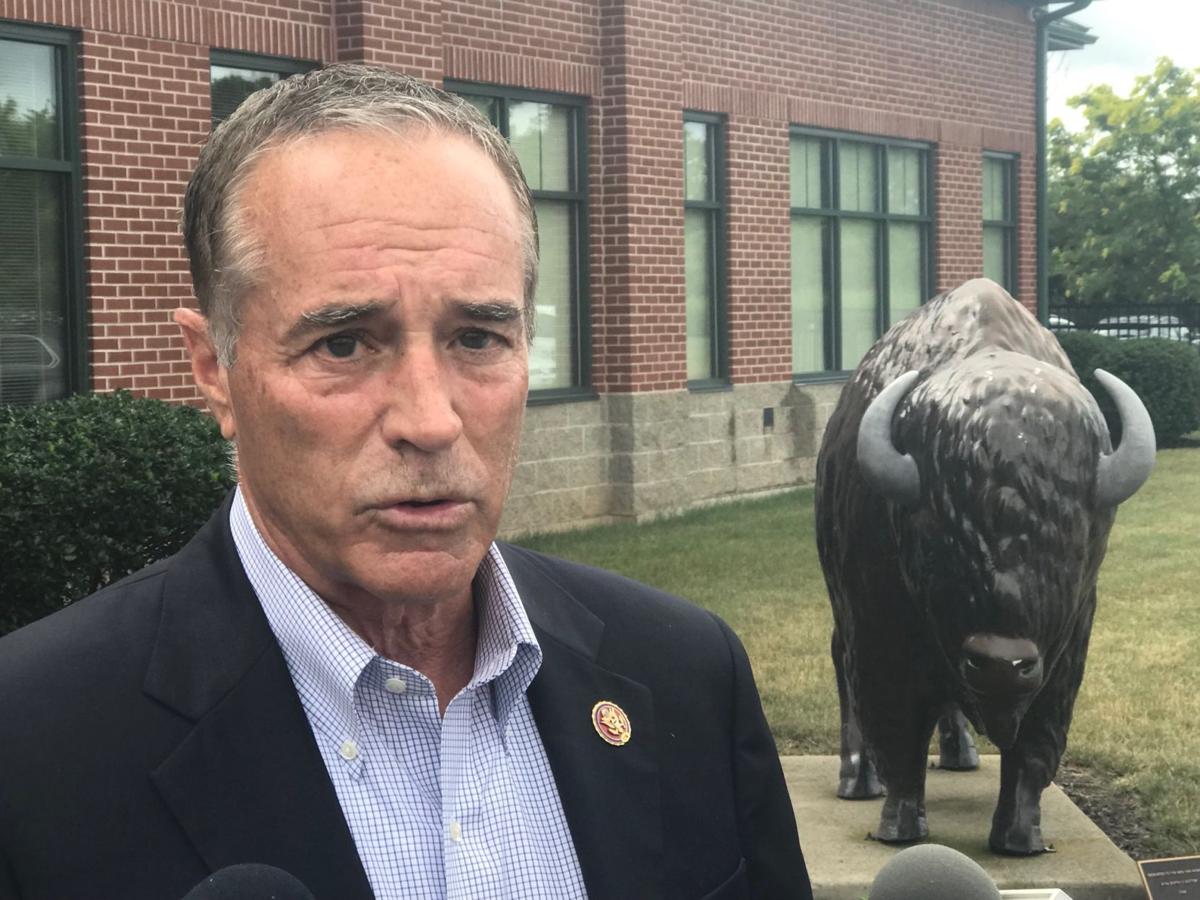 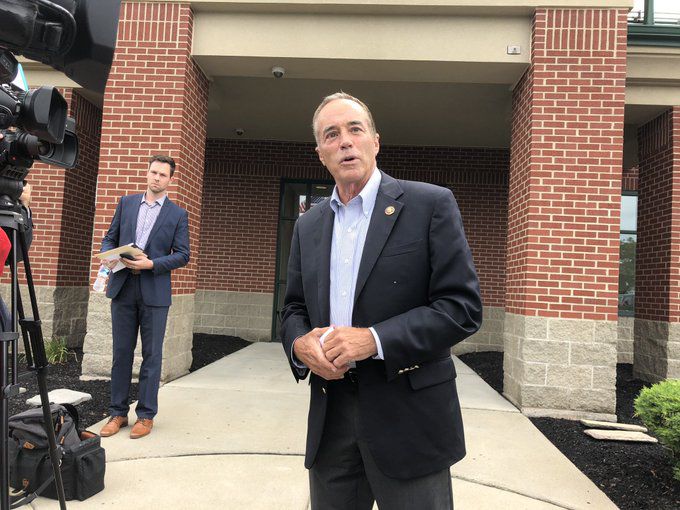 Rep. Chris Collins, in a rare meeting with reporters since his indictment on insider-trading charges, insisted Tuesday he is in "no rush" to decide on running for re-election, while maintaining his innocence.

Collins said he’s still considering whether to run for re-election in 2020. If he does, he said, he would have a "properly funded" campaign.

The congressman was referring to one of two declared Republican candidates for his seat, State Sen. Christopher L. Jacobs of Buffalo, whom he continually criticized as a "never Trumper" who lacks the conservative credentials to represent the 27th Congressional District.

He called "laughable" the suggestion he would run for re-election as a bargaining chip with federal prosecutors.

"I am innocent of the charges," Collins said. "Why would I ever even enter a plea deal? I’m innocent."

He called it a "circumstantial case" that prosecutors through "some tunnel vision decided to take."

"I’m quite comfortable where I’ll be at the end of all this, which is not guilty," Collins said.

He also said he would decide his re-election plans by "late this year."

Collins held the news conference to call attention to a proposed plan by Diamond Wind, a subsidiary of Mitsubishi, to place wind turbines several miles off shore in Lake Erie. The turbines would go from the Town of Evans all the way to the Pennsylvania line, he said.

The proposal remains in the planning phase.

Erie County and Evans officials oppose the project, he said.

"Our worry is with very little oversight or none, the governor could approve this project, which I think is universally opposed by anyone living on the lakeshore, whether you're somebody who fishes there or lives there," Collins said at the news conference.

The estimated 50 wind turbines, up to 460 feet in height, could potentially interfere with the Customs & Border Protection radar system used to detect vessels crossing the U.S. border from Canada, Collins said.

"This is not something to take lightly," Collins said.

Collins is working on legislation to prohibit the turbines in Lake Erie, and possibly Great Lakes-wide, where it would impact border security.

"Because of our proximity to Canada, you can’t put them anywhere where they’re talking about putting them," Collins said. “This (legislation) would basically kill the project.”

It would not be an outright prohibition. Some spots in Lake Erie, farther south and west, could still be eligible for installation of offshore wind turbines.

A project that would begin with the installation of six offshore wind turbines near Cleveland remains alive.

Plans for that project were revealed earlier this decade. An Ohio siting board is still considering whether to grant a permit for the project, according to media outlets near Cleveland.

It's not the first time the idea of an offshore wind farm in Lake Erie has been floated.

About a decade ago, the New York Power Authority had gauged interest, but the idea didn't go far after local governments and political pressure from lakeshore residents scuttled it.

“I fought that tooth-and-nail," Collins said. "This is an ongoing battle we’re having whether it’s up on the Lake Ontario shore or all the way back to 2009 in Lake Erie and we’re going to fight this the same way.”

Jacobs has also come out against the project, which he said could place as many as 50 industrial-sized turbines 5 miles out in Lake Erie bordering Hamburg, Evans, Brant and Angola.

Jacobs said he met with the Border Patrol officials, who told him they have invested millions of dollars in high-tech radar systems along the entire coastline to identify illegal activity crossing the U.S. border.

“Officials from Homeland Security confirmed to me that the major shadows cast by these incredibly large structures would make their radar systems useless in that Southtown’s coastline,” Jacobs said in a statement. “The frequency of illegal drug smuggling and human trafficking in this corridor is reason enough for me to oppose this wind turbine project.”