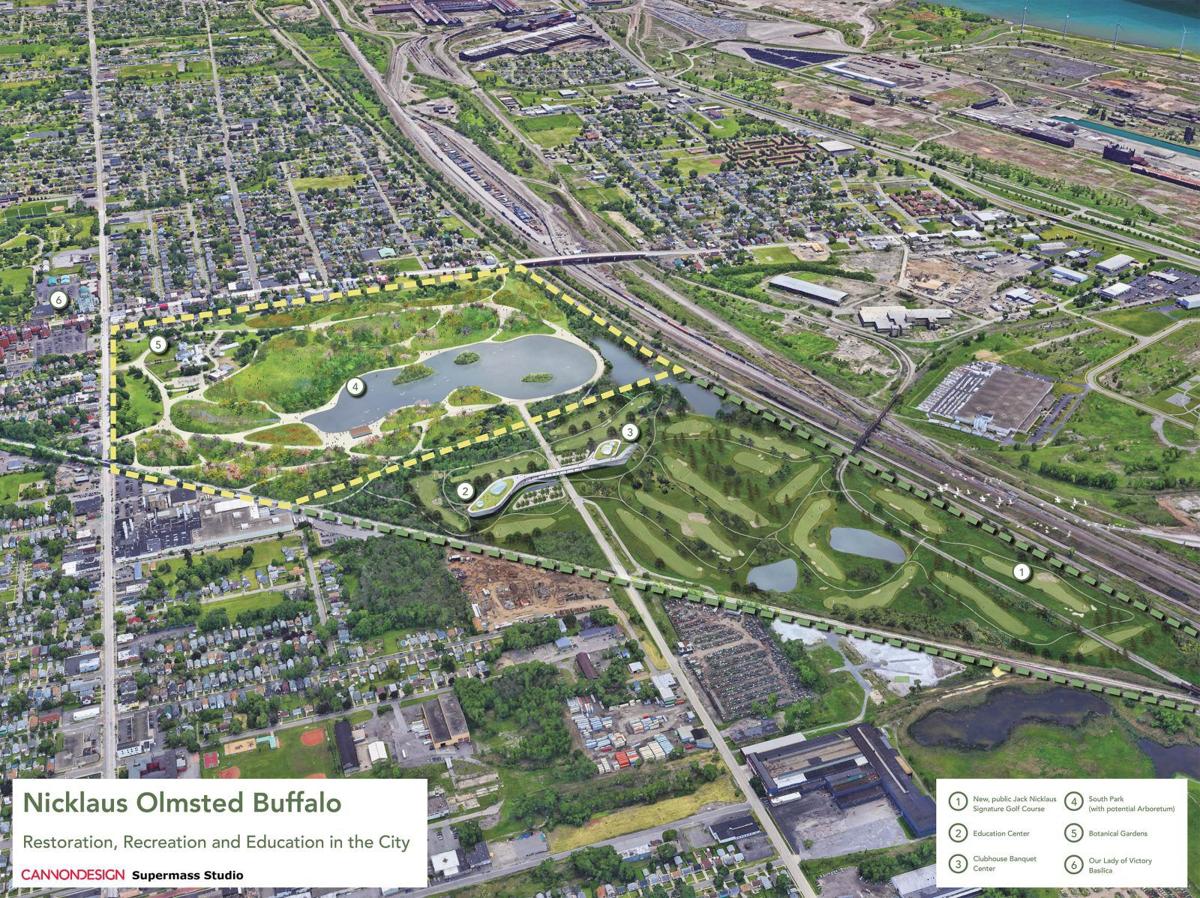 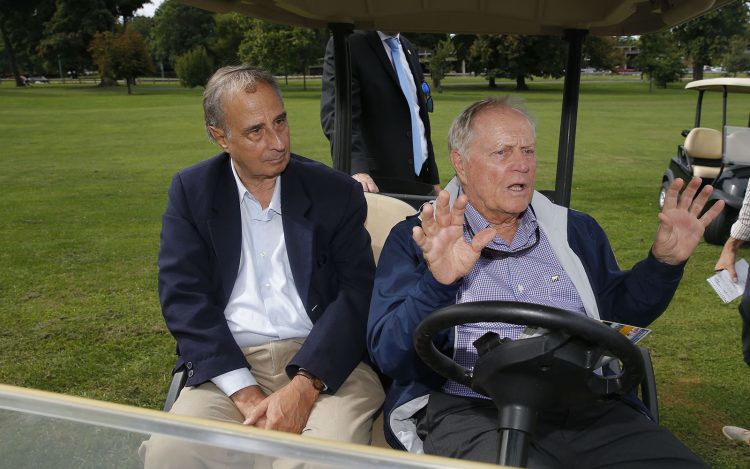 A new conceptual rendering shows what a Jack Nicklaus-designed golf course and a restored arboretum in South Park could look like.

The aerial view shows a new golf course on former Republic Steel land purchased in 2018 by the nonprofit Nicklaus Olmsted Buffalo. It also shows an education center with a clubhouse/banquet component in a slightly curved glass building straddling Hopkins Street and a reimagined South Park. The rendering shows trees, shrubs and meadows and a revived lake at South Park.

"Having a visual image is intended to get the inspiration and imagination going," said Michael Tunkey, a principal with CannonDesign, which created the renderings with Supermass Studio Landscape Architecture, a New York City firm.

What happens at the Olmsted park will not be the nonprofit's call.

"The final decision as to what happens with the present and existing South Park golf course and the arboretum rests solely with the Buffalo Olmsted Parks Conservancy and the City of Buffalo," said Kevin Gaughan, the founder and chairman of Nicklaus Olmsted Buffalo.

Gaughan hopes the visual will boost fundraising for the $32 million plan, which doesn't include the cost of removing the golf course at South Park or restoring Frederick Law Olmsted's arboretum.

"You can see the potential of this fundamental restoration and transformation, and the effect it will have on the surrounding community," Gaughan said.

Renderings of the golf course by Nicklaus are expected in about a month.

The final number of holes, Gaughan said, will be made by the users of the South Park course, with Nicklaus offering options.

Gaughan said a design competition for the education center – where botany, agronomy and urban landscape architecture would be taught – would attract interest from architects given its proximity to an Olmsted park.

A portion of a wooded area between the golf course and the park would be used to build the education center, Gaughan said.

"My preference is to have it remain pristine," Gaughan said. "However, as a practical matter we are going to have to encroach on it a bit. My view is that the magnificent growth and natural life we are going to add to the restoration of the arboretum and, of course, the golf course will more than compensate for what is lost."

Historical images would be examined to identify the older trees that would be worked around, Tunkey said. But it appears most of the growth is considerably newer, he said.

"Olmsted's vision was about democratic green spaces," Tunkey said. "A green space for everyone. I see it as expanding the Olmstedian landscape, especially for a community I see as an opportunity neighborhood."

"Almost every green space had them," Tunkey said. "There already is the botanical center, and now you're almost doubling the size of the landscape and having two great civic buildings with the education center.

"I hope as people start to see the plan that they can get past any individualized aspect, and start to understand it as this expanded democratic landscape," Tunkey said.

Gaughan said he plans the first of three public forums in late autumn.

He said much still needs to be done.

"This project is still not home," Gaughan said. "I continue to struggle to convince naysayers and inspire community leaders to see the broad benefits of our plan. We are on schedule and are doing well, but my task is to get our project to a point where it becomes irreversible."

Are animals using social distancing to protect themselves from infections?

In high-pressure golf tournaments, the players who succeed are those who keep their mental focus on playing one hole at a time. That’s the app…