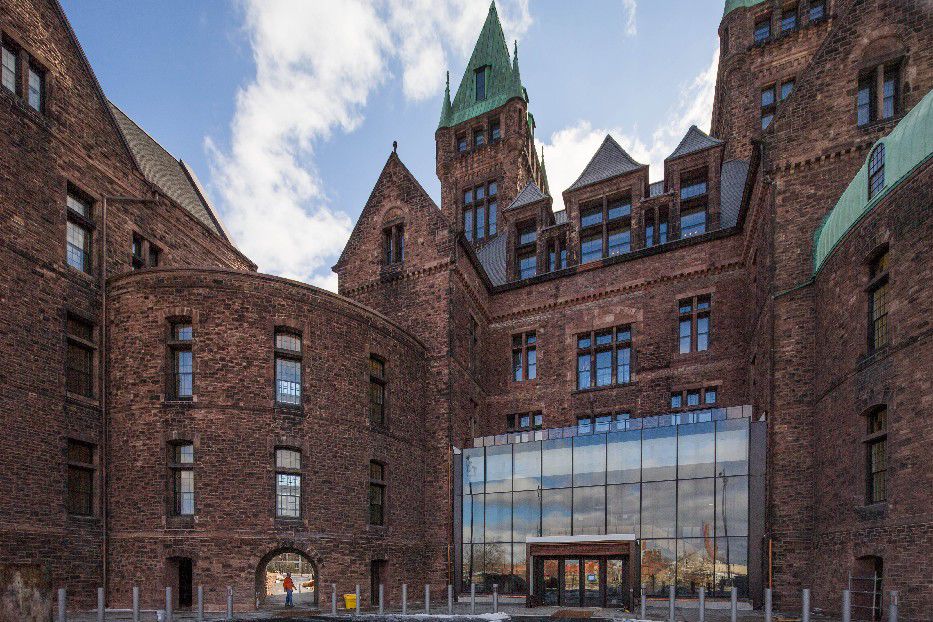 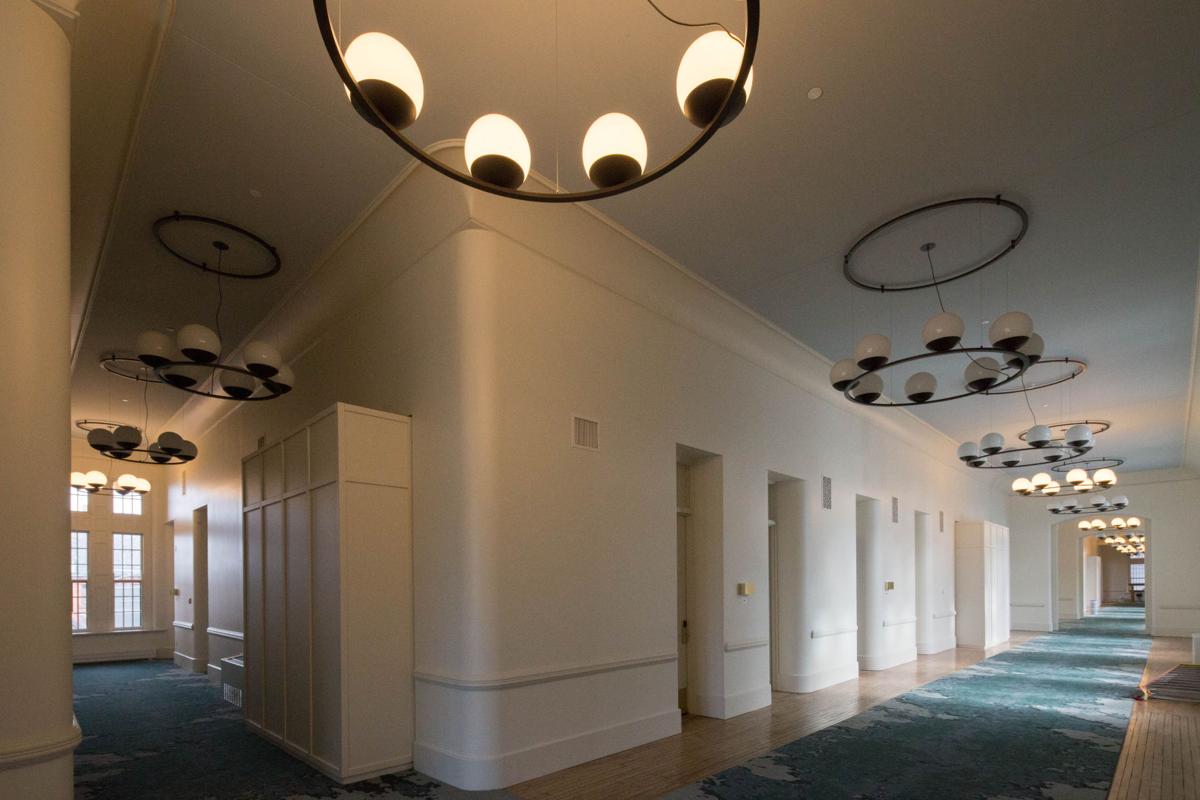 A corridor inside Hotel Henry at the Richardson Olmsted Complex. (Derek Gee/Buffalo News) 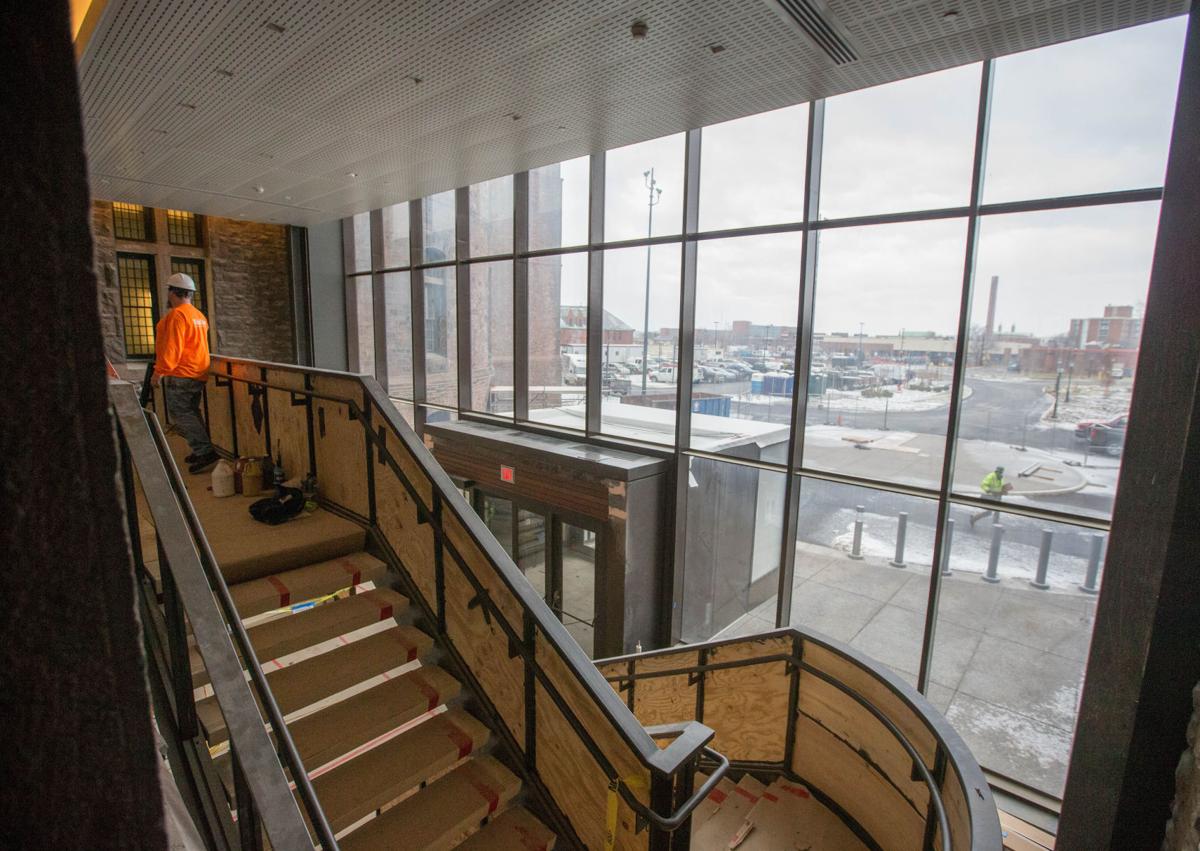 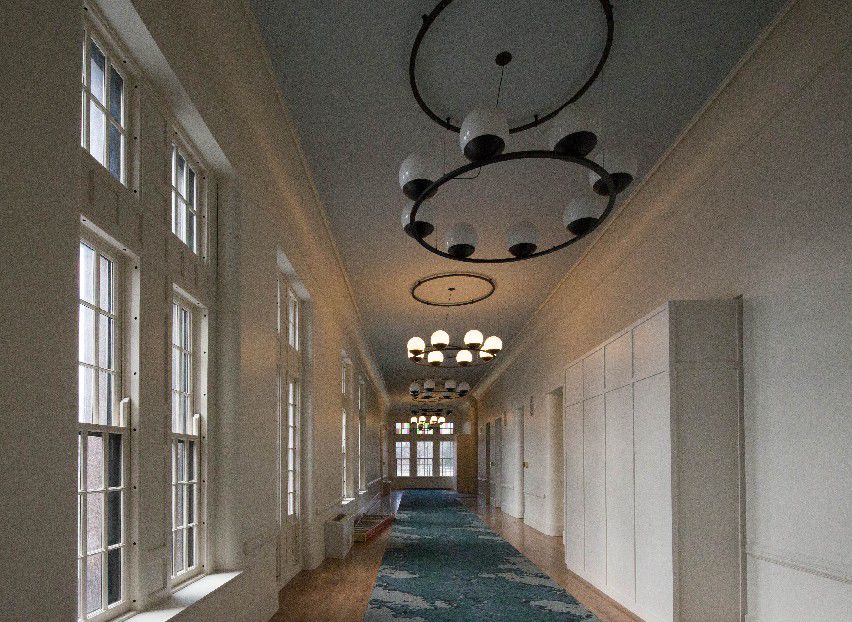 A corridor inside Hotel Henry at the Richardson-Olmsted Complex. (Derek Gee/Buffalo News) 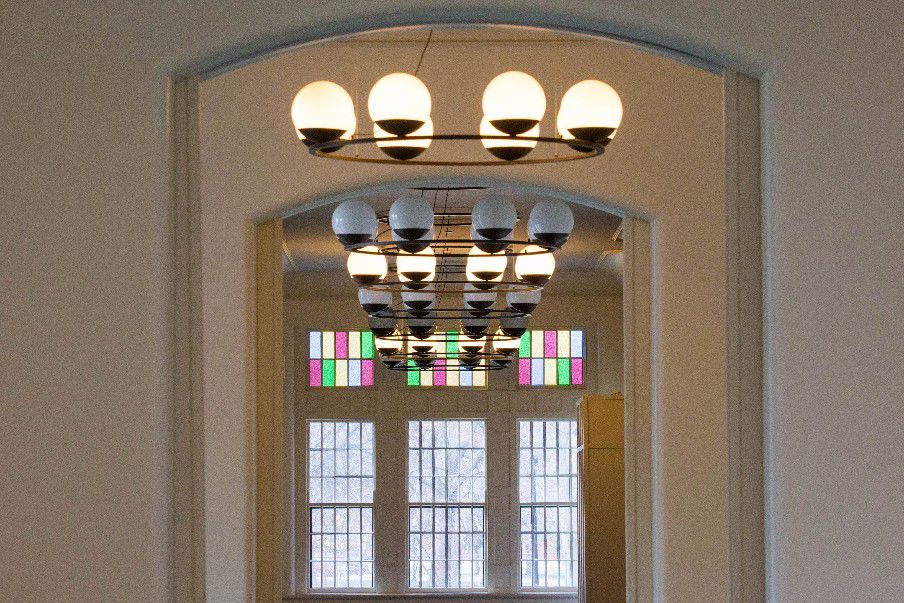 A row of chandeliers lines the corridor of the Hotel Henry at the Richardson-Olmsted Complex. (Derek Gee/Buffalo News)

Workers inside the Richardson Olmsted Complex have completed the main stage of construction as they turn an architectural marvel of the past into the future Hotel Henry.

The hotel will open in less than 3 months. The progress comes after three years and $102 million, including $76.5 million in state funds. Three of the 11 buildings of the former Buffalo State Asylum for the Insane – about 160,000 of 463,000 square feet on the 42-acre site – are being reused.

"What we see today is really that we have reached a major milestone of substantial completion, and are applying finishes as we look forward to an April 30 opening," said Monica Pellegrino Faix, Richardson Center Corp.'s executive director.

Installation of cabinetry, drapery, furniture, restaurant equipment and locally produced artwork remain to be completed in the National Historic Landmark, she said.

A new light-filled, glass entrance is ready to greet visitors on the north side of the building at 444 Forest Ave., in the Elmwood neighborhood. A curvy, twin stairwell, still under construction, and a new elevator will take visitors to the second floor hotel lobby and to restaurants.

Gallery spaces and a classroom past the stairwell are being readied for an architecture center opening in December. Exhibition spaces on the first two floors will present the building's history and that of other historic Buffalo buildings.

New rugs and round chandeliers with circular bulbs are now displayed in the newly re-plastered ballroom, a former chapel, and along the 88-room hotel's long corridors. A curved connector hallway stripped to its wood frame has been restored.

Other touches include Medina sandstone with the original red mortar now visible after being hidden for years behind a brick entry, and a new slate roof with copper flashing that extends over the Towers Building.

The project, under the direction of New York City architect Deborah Berke Partners, and local firm Flynn Battaglia Architects, will put the property on the tax rolls for the first time ever. But it has come with a hefty price tag.

Innvest Lodging Services, which is leasing the space for the Hotel Henry Urban Resort and Conference Center, will pay for operational costs.

The project received $16 million in historic tax credits from M&T Bank, which was critical. Another $8 million of a $10 million capital campaign has been received, with $5 million of it coming from a matching grant by the late Stanford Lipsey and wife Judith.

Faix said 500 construction jobs were created for the project, with about 100 workers on site at a time.

She said the Richardson Center Corp. is working on how best to move forward for the remaining buildings now that all of the state funding has been spent.

"We are ecstatic about the position we are in," said Paul Hojnacki, president of the Richardson Center Corp. "Because we are doing about a third of the complex, we have a lot of work left ahead of us. It's going to be a real challenge."

Buffalo is one of a few cities that didn't get a new show, the band said on its website.

A corridor inside Hotel Henry at the Richardson Olmsted Complex. (Derek Gee/Buffalo News)

A corridor inside Hotel Henry at the Richardson-Olmsted Complex. (Derek Gee/Buffalo News)

A row of chandeliers lines the corridor of the Hotel Henry at the Richardson-Olmsted Complex. (Derek Gee/Buffalo News)